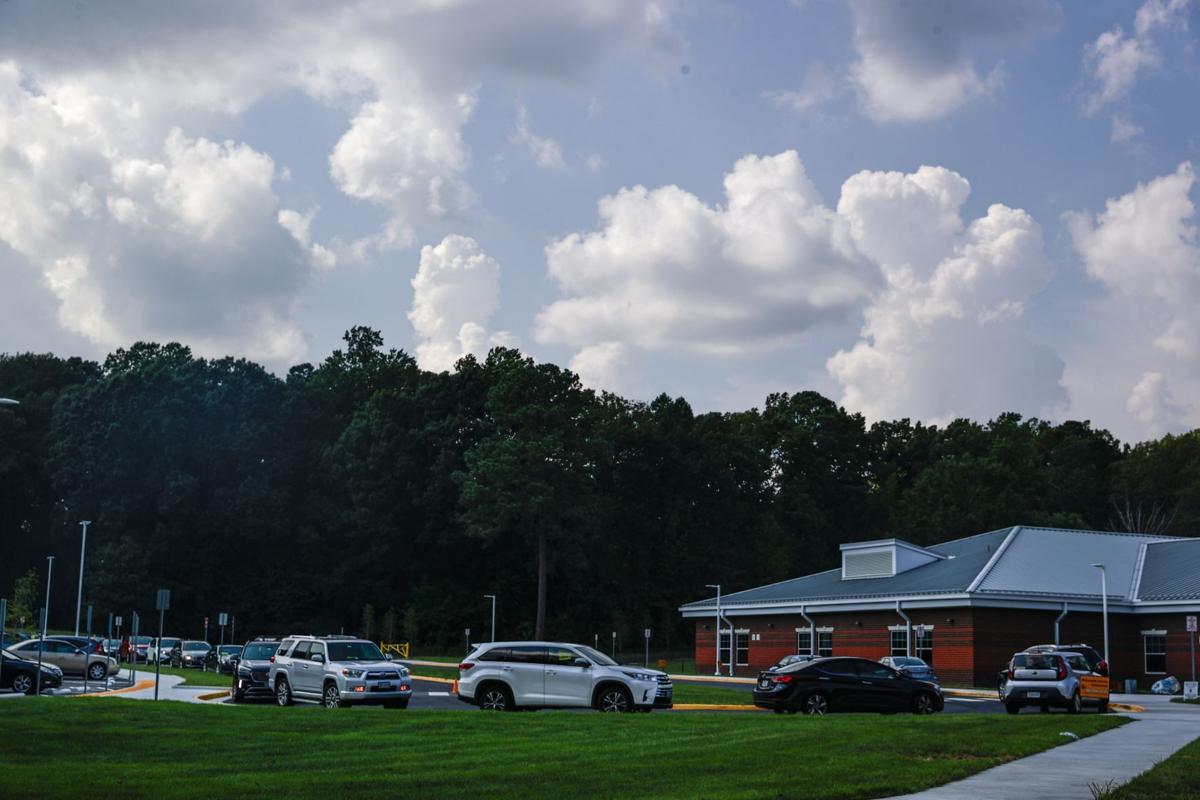 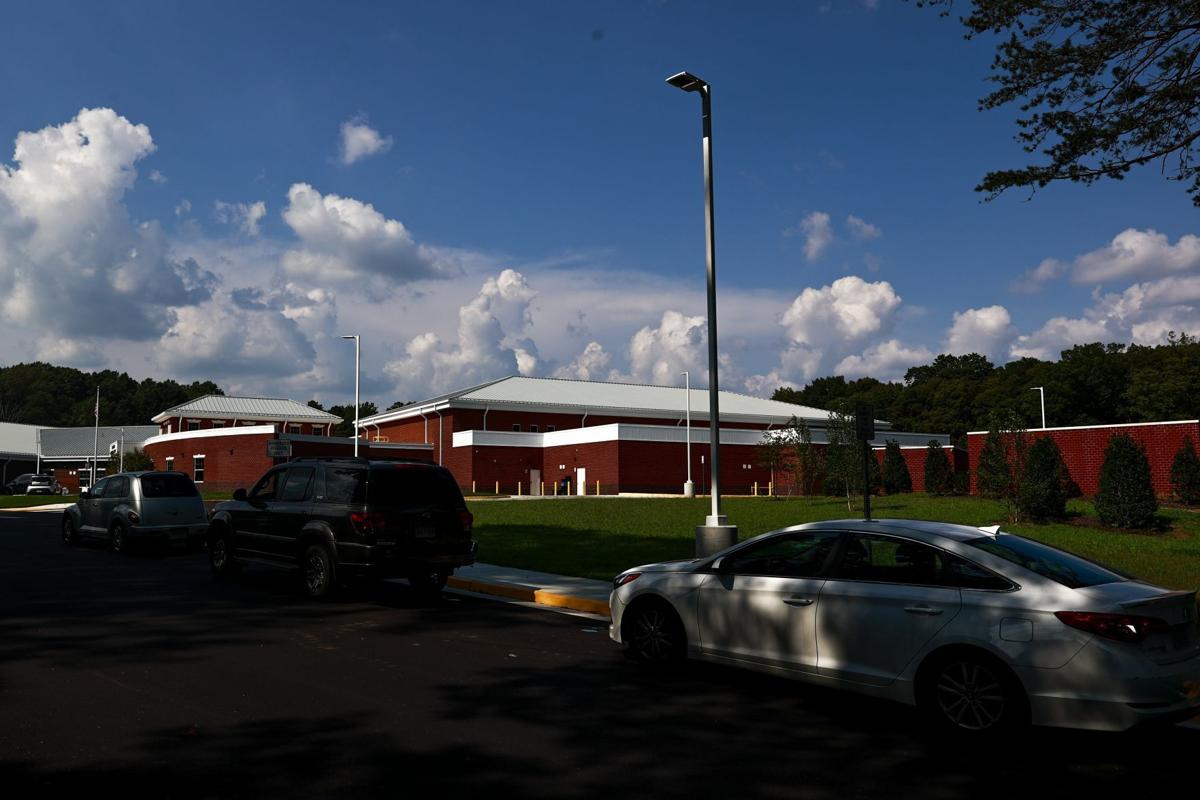 Parents wait in line to pick up their kids on Thursday, August 26, 2021 at Crestwood Elementary in Chesterfield, Virginia.

Chesterfield County Public Schools, facing a dire shortage of bus drivers after reopening schools last month, has had 350 applicants in the weeks since it increased pay, but it also had a driver die of complications from COVID-19.

Members of the public called out the school system for not previously disclosing the bus driver’s death publicly ahead of Tuesday’s School Board meeting. Some people in the audience wore red to support bus drivers.

Christine Melendez, president of the Chesterfield Education Association, spoke on behalf of bus drivers Tuesday night, sharing their concerns that “the loss of a very beloved employee … was not recognized by people they felt should have been recognizing that employee who gave a very significant part of her life to serve in this community.”

Schools Superintendent Merv Daugherty, who spoke directly after public comment, thanked those who spoke. He then acknowledged Harris’ death later in the meeting.

Daugherty said he was saddened by the death and takes full responsibility for not acknowledging Harris’ passing. He said he will send her family a personal letter this week.

Despite receiving 350 bus driver applications in the past few weeks, the school district still needs to hire more than 100 bus drivers, according to a schools spokesman.

“We would like for the task force to eventually make recommendations that will address transportation issues and create a long-term plan to resolve those issues going forward,” School Board member Dot Heffron said during Tuesday’s work session.

For years, the beginning of Chesterfield’s school year has been plagued by bus problems, including a lack of bus drivers. The problems have caused students to arrive at school and home late . In 2018, the system had 55 driver vacancies, and it faced a similar shortage the following year. This year, a week before school began, the district asked parents to drive their kids to school. Many did, creating long lines and other difficulties.

Board Vice Chairwoman Ann Coker asked for a 15-minute transportation update at work sessions for the next few months.

Karen York-Sartain, a 10-year bus driver with Chesterfield, said in an interview that the pandemic hasn’t helped the bus driver shortage. She added that the problems lie with transportation administrators.

“I loved the job, I loved getting up and going out at 5 a.m. and getting to know the children and the school administrators, but that has all changed. In the past two to three years it has changed drastically to the point that I still love driving and I love my kids, but I dread waking up in the morning to drive,” York-Sartain said.

Despite the challenges, York-Sartain won’t stop driving her Chesterfield routes because, as a 40-year county resident, she likes driving areas she knows.

Last month, school and county officials announced a $3 hourly pay increase for county bus drivers and $3,000 bonuses. Bus drivers, current and future, are now receiving an hourly rate of $20.21, a bump from the previous $17.21 hourly rate.

“Bus drivers are non-exempt employees who are paid for days worked as well as leave days,” schools spokesperson Shawn Smith said. “Bus drivers do not work fewer days this year with the exception of a change with the Friday before Labor Day due to new state legislation for school divisions with a pre-Labor Day start.”

Further clarification from the school system was not available late Tuesday.

York-Sartain said she wasn’t paid for the Friday before Labor Day or the holiday itself.

Chesterfield bus drivers also receive a $500 bonus twice a year and smaller bonuses if they have perfect attendance and perfect driving.

Chesterfield is having a third bus driver job fair on Sept. 30 from 4 to 8 p.m. at Manchester Middle School.

As an infant, Henrico County Manager John Vithoulkas  emigrated from Greece to New York with his parents and two brothers in 1969 to escape a …

Parents wait in line to pick up their kids on Thursday, August 26, 2021 at Crestwood Elementary in Chesterfield, Virginia.