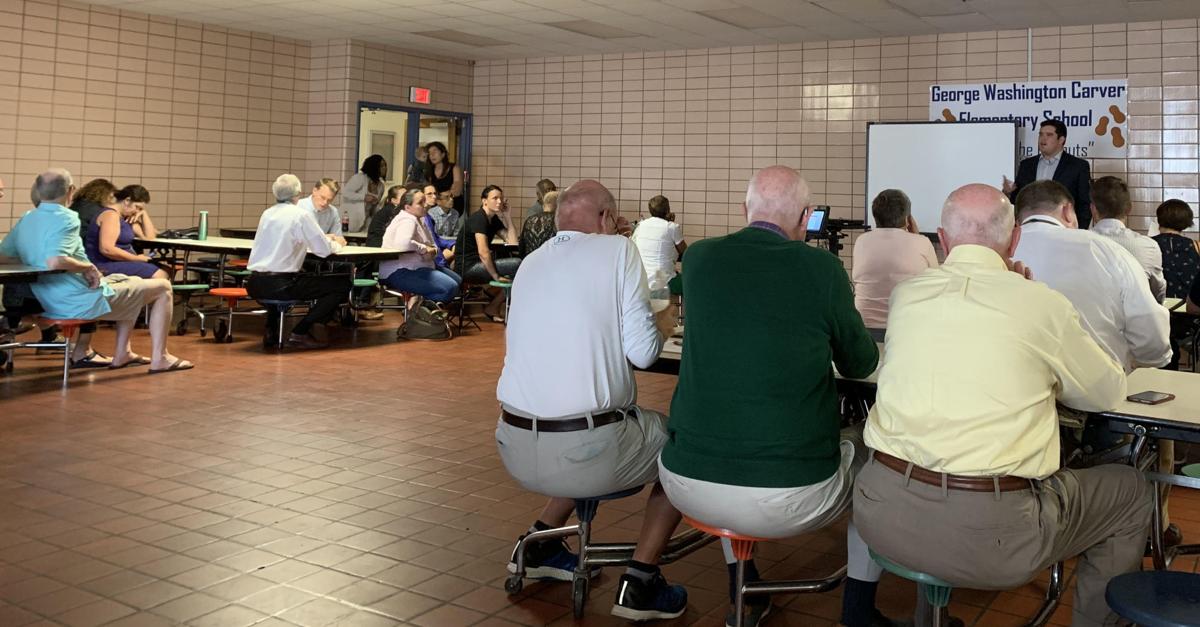 It won’t be much longer until the cost of the potential new school zones in Richmond is known.

Richmond Public Schools Superintendent Jason Kamras said Tuesday that school officials are in the process of developing the cost of implementation for the rezoning, including the plans to combine several elementary school zones in the name of improving student diversity. Kamras said the school system aims to have those figures — and other implementation factors — determined by the end of September.

“The last thing I would ever want us to do is just flip a switch, merge some kids together and say ‘good luck,’” Kamras told community members at George W. Carver Elementary School. “That’s not a recipe for success. That’s not what we would do.”

The potential cost and details related to implementation — specifically related to transportation — have been a concern among many parents since the June unveiling of initial plans to redistrict the entire city, most notably for the options to “pair” some elementary schools.

Two options being considered by a special rezoning committee appointed by the city School Board include pairings.

In one option, Mary Munford (kindergarten through second grade) and John B. Cary (3-5) would be combined. The same would happen with Linwood Holton (K-2) and Ginter Park (3-5) in North Side, and William Fox (K-1) and George W. Carver (2-5).

In another plan, Fox (K-3) and Cary (4-5) would be paired and there would be a three-way school zone, with Barack Obama and Ginter Park having students through second grade before they go to Holton for third through fifth grades.

Those options were created by Ohio-based consultant Cropper GIS, which is getting paid $127,000 to develop the plans.

The timeline for the rezoning process calls for the School Board, which has the power to vote on new zones, to vote on them by the end of the calendar year. Parts of the South Side and East End are virtual locks to be redrawn and implemented by the start of the 2020-21 school year because of new schools opening in those areas, but new zones for the rest of the city could have a delayed implementation.

The special committee has reached a consensus on some rezoning plans, most notably the need for another elementary school south of the James River to alleviate overcrowding.

The most contentious part of the process has been related to the combining of school zones — disagreement that was on full display Tuesday night during a community meeting at Carver that focused on the school’s potential pairing with Fox Elementary.

Said a Fan District parent: “It’s really important that kids go to a school that’s near their neighborhood.”

The rezoning committee is scheduled to meet again next month before making recommendations to the School Board.

School Board Chairwoman Dawn Page said she’d like to see the rezoning costs “sooner rather than later.” “The decisions that will be made will affect all of our families,” Page said.

Another community meeting is scheduled for 5:30 p.m. Wednesday at the Neighborhood Resource Center in the Fulton neighborhood.

A look back at Richmond Public Schools in 2019