Editor's note: Discussions about changing the Rebels mascot at Douglas Freeman High School began more than five years ago. This article originally misstated the length of time the school community had been discussing the topic.

Douglas Freeman High School announced Thursday that its teams will be called the Mavericks, a move made to sever the school’s connection to a Confederate symbol.

The mascot change at the western Henrico School comes more than five years after it began the discussion of removing its old name, Rebels. There was a dimension to the old name — defying norms, not fighting for the Confederacy — that the school wanted to preserve, school principal John Marshall said.

“[Mavericks] really captures the ethos of our student body and our school as change agents, forward thinkers, an independent spirit,” Marshall said.

A vote was held among students, faculty and community members, and the 1,400 participants overwhelmingly chose Mavericks over three other finalists: Pioneers, Trailblazers and Freeman United. The winning name was first submitted by an anonymous student, and it continued to surface on social media and in discussions.

Freeman, which opened in 1954, first considered the need for a new mascot in June, not long after the death of George Floyd at the hands of police and the decision in Richmond to remove the Confederate statues on Monument Avenue. In August, the school decided it would retire “Rebels” and select a new identity.

Schools across the state with names or mascots tied to the Confederacy have faced a reckoning this year. In Hanover County, Lee-Davis High School’s name was changed to Mechanicsville and Stonewall Jackson Middle was renamed Bell Creek. In Fairfax County, Robert E. Lee High was renamed for the late congressman John Lewis.

In 2016, Henrico renamed Harry Flood Byrd Middle School, located down the road from Freeman and named for a proponent of massive resistance to school integration, to Quioccasin, which is the name of the road on which the school stands and a Native American word meaning “Gathering Place.”

Freeman received assistance on its revision from Virginia Commonwealth University’s Brandcenter, which interviewed students, faculty, coaches and alumni and asked them what values the mascot should embody. The Brandcenter, which did its work at no cost to the school system, developed the list of finalists and drew a new logo, the letter M formed by a forward-facing letter F and a backward-facing F.

More than two decades ago, the song “Dixie” was played at Freeman football games, and a person dressed as Confederate general strolled the sideline. Both have been retired, and Marshall said he’s unsure if there will be any costumed individual at sporting events. The student body has gotten used to not having one, he said, and some prefer it that way.

Some have asked the school go a step further and change its name entirely, considering Douglas Freeman’s description of Robert E. Lee and Confederate Soldiers as “men of principles unimpeachable, of valor indescribable.” Douglas Freeman was a Richmond author, historian and editor who won the Pulitzer Prize for his biographies of George Washington and Lee. He also was the editor of the Richmond News Leader, which later merged with The Times-Dispatch.

Three of the five members of the Henrico School Board said they would not engage in that discussion now.

It’ll take some time, Marshall said, for the school to complete its transformation. The Rebel name needs to be removed from center court of the gymnasium and the scoreboard. New uniforms have to be ordered. But the school does own uniforms that say “Freeman” only and no student will wear the word “Rebels” again.

The baseball team’s home uniforms, which resemble the New York Yankees, are emblazoned with a DSF logo. But the road uniforms, baseball coach Ray Moore said, include the word Rebels and need to be replaced. The school has been working to phase out its use of the old mascot since August.

High school sports in Virginia are due to begin in December with a modified winter season. Fall sports, including football, are slated for a late-winter start, following by spring sports at the end of the school year.

Marshall said he appreciated how the school community engaged in discussion and was supportive of the process of changing the school’s mascot, despite the fact that the desire for change wasn’t unanimous.

“School culture matters. School spirit matters,” Marshall said. “But inclusivity and building the most inclusive school we can matters.” 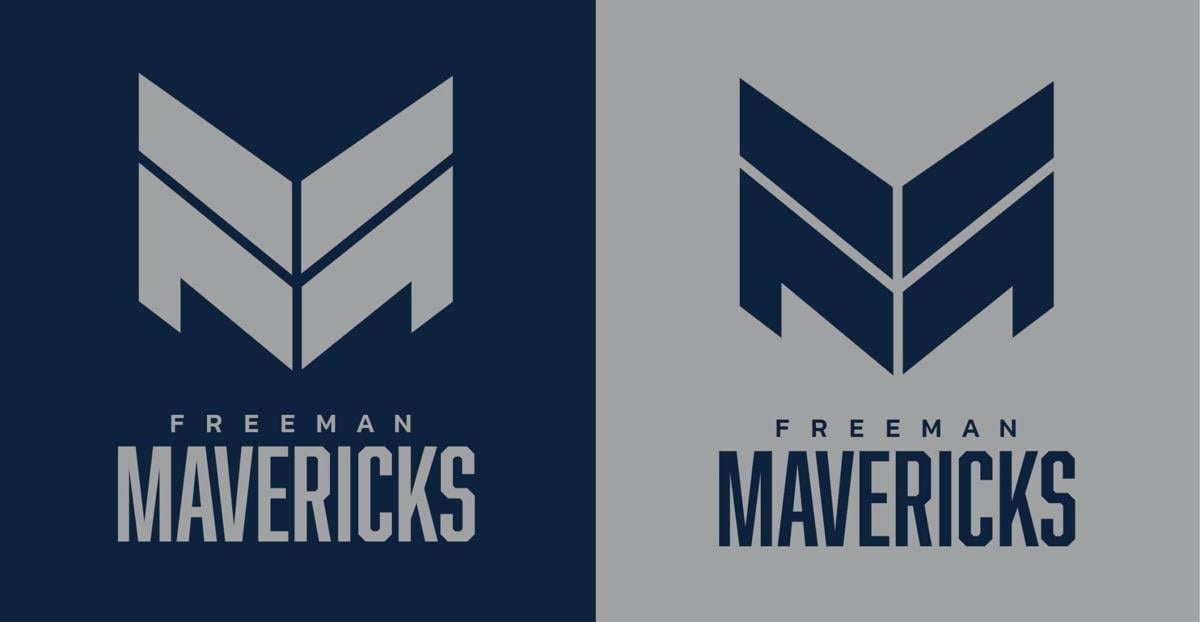 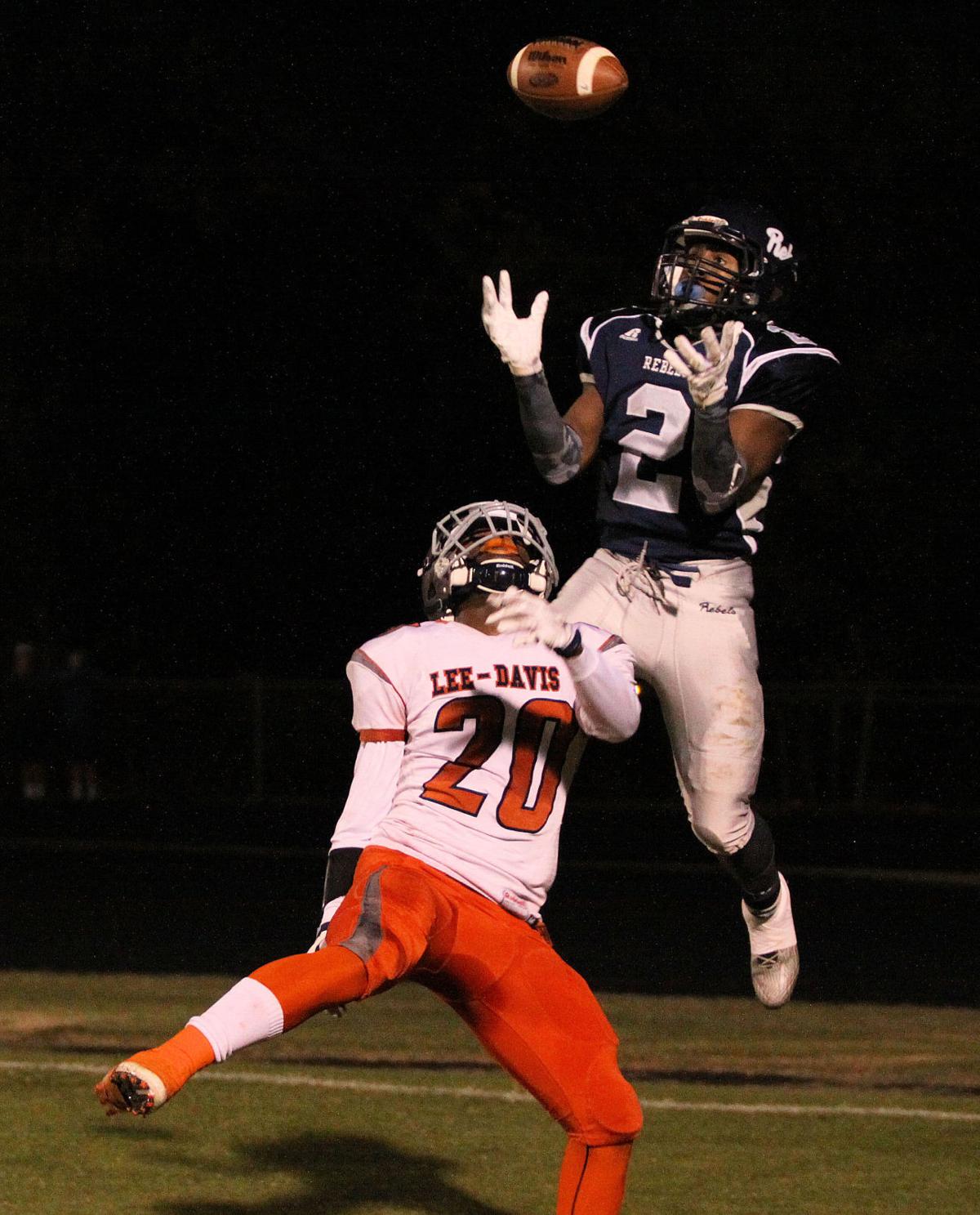 Jamon Coffey (20) of Lee-Davis gets in the way enough to knock the ball from the hands of Ja’Kari Williams of Douglas Freeman to save the touchdown. Despite not making the catch on this play, the Rebels won 14-7 (Details, Page C6).