Hanover School Board votes down contentious transgender facilities policy, adopts another regarding student records
0 Comments
Share this
1 of 3 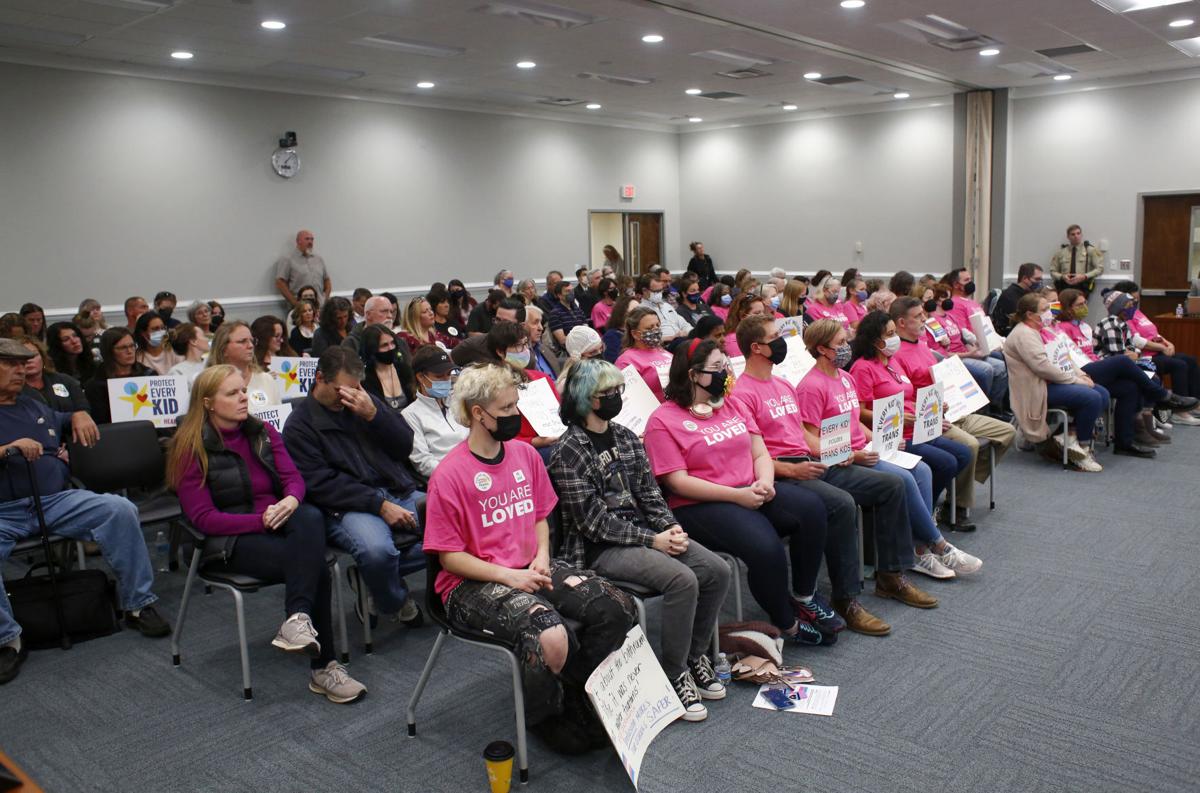 Participants listened to a speaker during a Hanover public comment meeting on proposed transgender polices at Hanover School Board office in Ashland, Va., on Thursday, November 4, 2021. 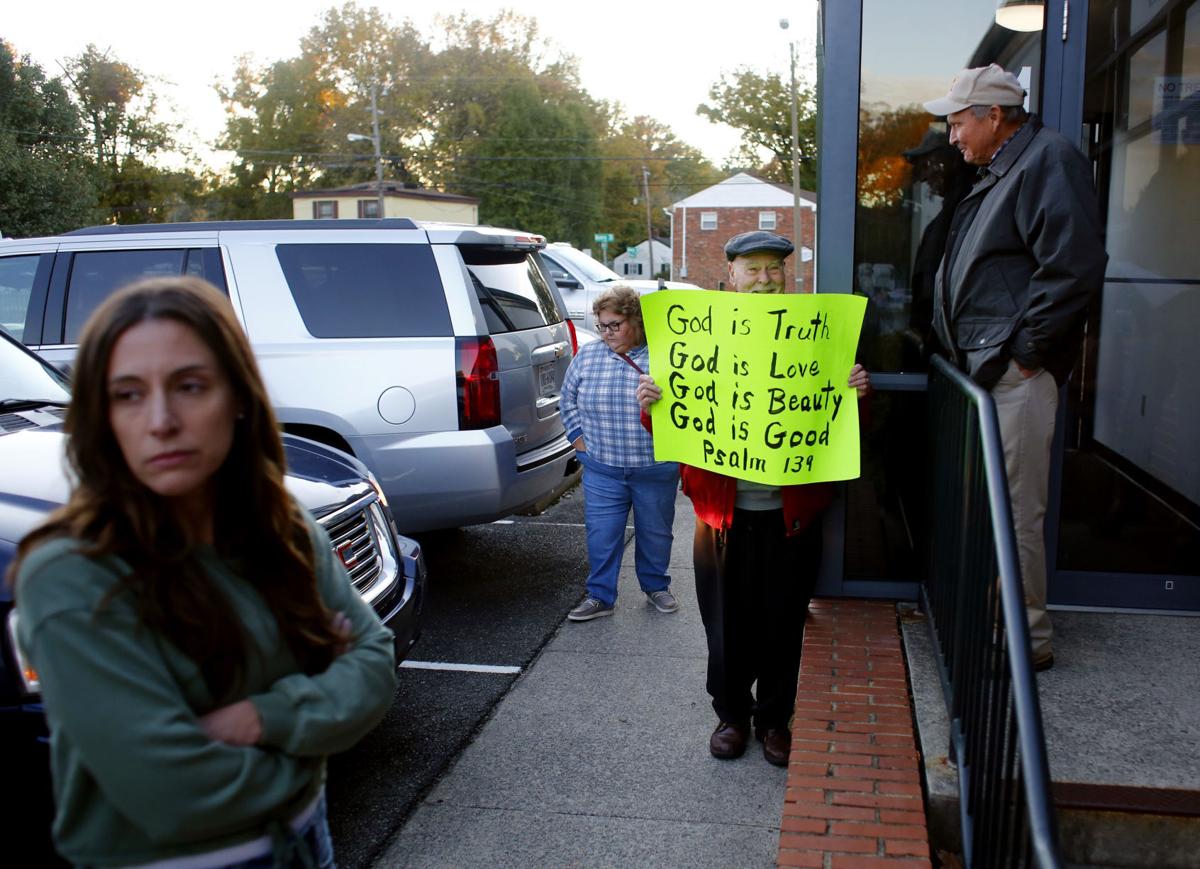 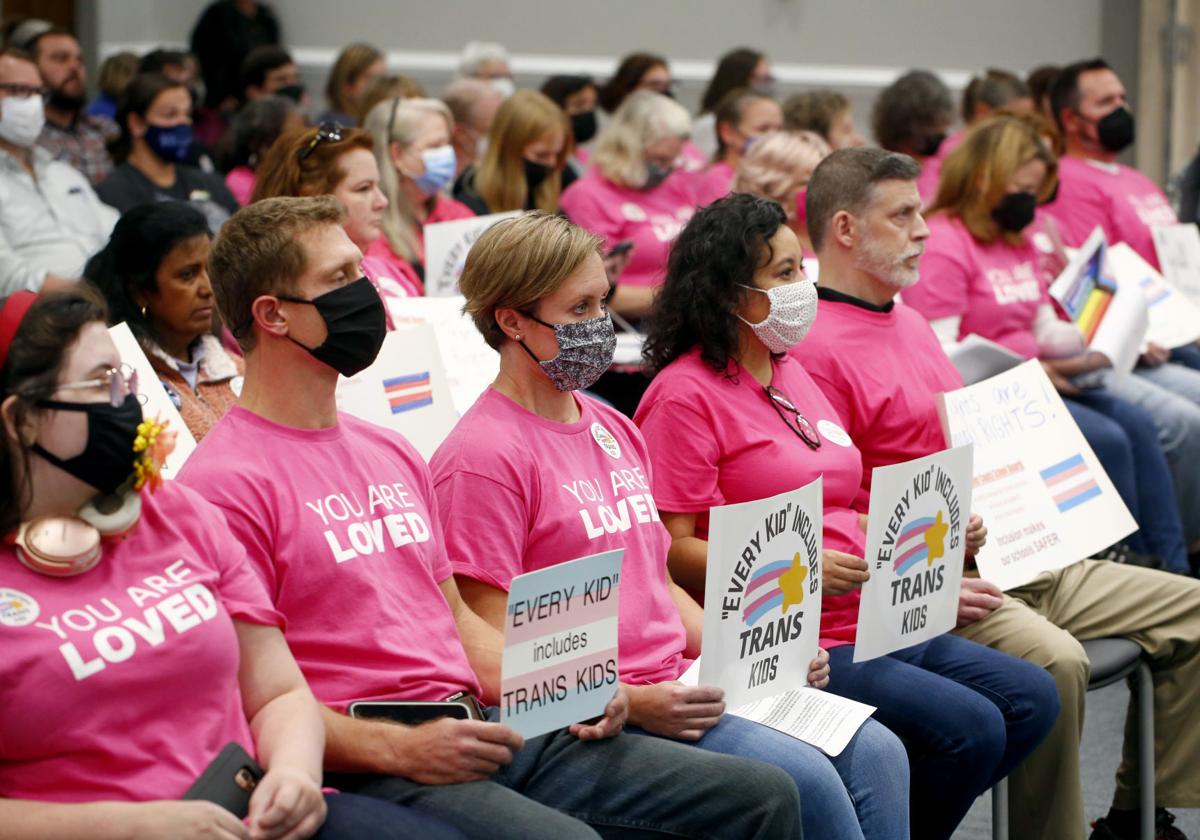 Hanover County’s School Board unanimously approved policy revisions Tuesday night that allow for school officials to “use the name and gender consistent with the student’s gender identity,” upon request of the student and parent, but the board narrowly shot down a more contentious proposed policy that would allow transgender students to use bathrooms and locker rooms that conform to their preferred identity.

The 4-3 vote on the bathroom and locker room policy came after an hour of public comment Tuesday night, during which most speakers asked the board to postpone voting on the transgender policies or outright reject them.

Hanover was already two months behind in implementing transgender policies that would allow students to use gender pronouns and names that reflect their preferred gender identity; to dress and use school bathrooms and locker rooms in ways that conform to their preferred gender identity; and to potentially have privacy with regards to their gender preferences, meaning school officials could withhold such information from parents or guardians if the students request it.

The policies are required after the General Assembly passed legislation last year that first directed the Virginia Department of Education to create model guidelines for the treatment of transgender and nonbinary students. School divisions had to follow with their own, if they didn’t simply adopt VDOE’s guidelines. All of Virginia’s 132 school divisions are required to adopt such policies.

In the 4-to-3 vote on the proposed changes involving bathroom and locker room facilities, Chair Ola J. Hawkins, Vice Chair Robert L. Hundley Jr. and board member Sterling H. Daniel voted in support of the policies.

Board member Bob May made that motion to disapprove the proposed facilities policy as written, saying, “I would like to see us go back to the drawing board” and come back to the issue at a later time. He did not say when that would be, however. May said his constituents have shared with him through recent public hearings as well as phone calls and emails that the board needs to create a policy that addresses the safety of all students, not smaller, specific groups of students.

Board member John Axselle echoed those thoughts, saying he was not in favor of policies that allowed transgender students to use facilities that conformed to their preferred identity, but that the Hanover community deserved an answer rather than a delayed vote.

“This is a very divisive issue,” he said, and “I don’t know how long the community can stand this issue.”

Axselle added: “The community is ready for us to make a statement one way or the other.”

Rather than have the policies in place before the school year started, as directed by the 2020 legislation, Hanover’s board instead talked about the policies at a Sept. 30 work session, then reviewed proposed policies at its Oct. 12 meeting. The October meeting drew so many people that the board called a special public hearing last week just to hear from the community on this issue.

Last week’s meeting lasted more than two hours, as more than 50 people spoke. Speakers included transgender students who described their experiences and urged the board to adopt policies. On the other side, some parents opposed to the proposed transgender policies asked the board to delay or reject the proposed policies in light of what they say are potential changes coming to state laws — including the 2020 transgender legislation — with the election of Republican Gov.-elect Glenn Youngkin.

How many school boards statewide have adopted transgender policies — or have chosen not to — isn’t clear because school divisions are not required to report their adopted policies to the VDOE.

Hanover Schools Attorney Lisa Seward reiterated what transpired in the Gavin Grimm case, which largely sparked the battle over transgender rights in education in Virginia. Grimm, a transgender man, sued the Gloucester County School Board after it barred him from using the boys restroom. A federal court ruled that the action taken by the school system was unconstitutional and violated his rights under Title IX, which prohibits discrimination based on one’s sex. This summer, the U.S. Supreme Court declined to hear the case, a decision that allowed the ruling to stand.

She also said that “while the recent elections have a potential to change state law, there’s nothing that a new governor, a lieutenant governor or attorney general can do to overturn the Fourth Circuit decision, especially now that the Supreme Court decided not to hear the case.”

She answered by saying that “the Fourth Circuit has made the decision that the transgender students should be allowed to use the restroom with which they identify, so that is the law of the Fourth Circuit.”

A Gavin Grimm was listed as a speaker on the speaker sign-up list Tuesday night, but when the name was called during public comment time, no one by that name came to the podium.

After taking a legislative stance against public school teachers’ efforts to unionize, the nonprofit that holds training for school board memb…

Members of the Richmond School Board are still on the fence about year-round school, an idea a previous board directed Superintendent Jason Ka…

Williams: Censorship is being weaponized as a tool of exclusion. School districts need to stop the book banning.

“All Boys Aren’t Blue,” a young-adult memoir, “weaves together the trials and triumphs faced by Black queer boys” and is “both a primer for te…

William & Mary has extended the contract of president Katherine A. Rowe another five years.

Participants listened to a speaker during a Hanover public comment meeting on proposed transgender polices at Hanover School Board office in Ashland, Va., on Thursday, November 4, 2021.