The Hanover County Public Schools division will be among the first in Virginia to build a school with no gendered bathrooms.

There will be individual toilet rooms in every wing on every floor for second through fifth grades. Each stall has complete privacy, with partitions from the ceiling to the floor with no gaps, according to designers from Crabtree, Rohrbaugh, & Associates.

Sinks will be located in an open area in the hallways. 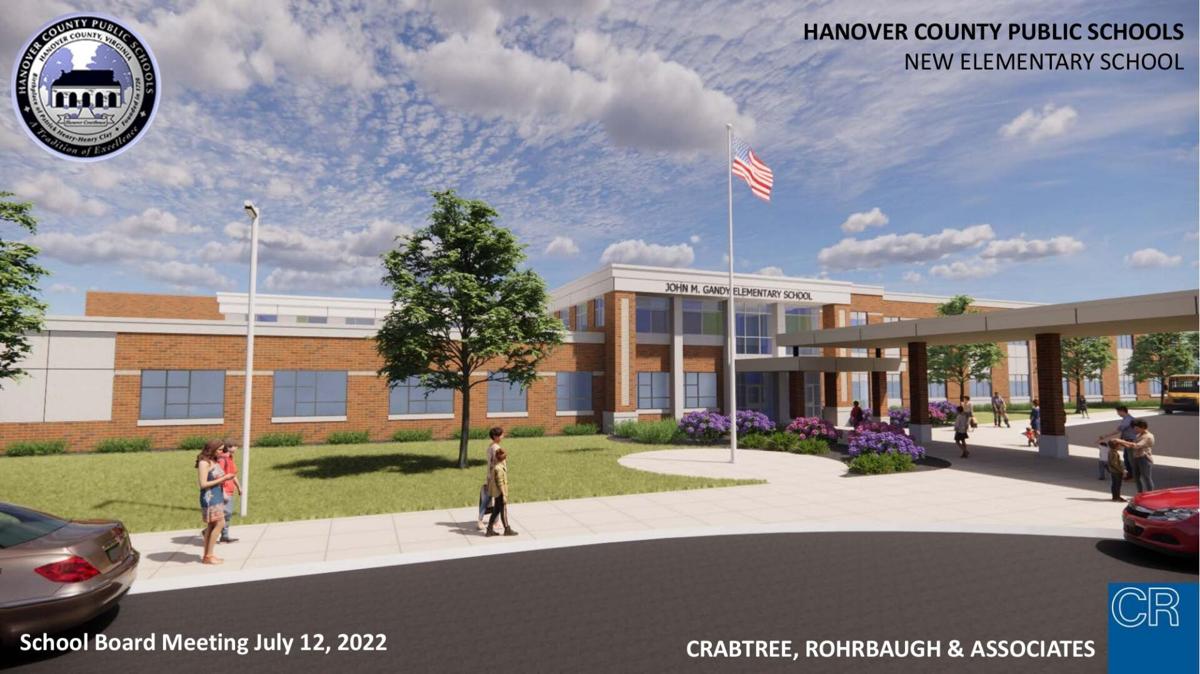 According to an HCPS spokesperson, the design team does not expect a deviation in costs or construction timeline for this design versus a more traditional design.

“The goal of this design is to increase student safety and decrease potential damage to the bathrooms,” said HCPS spokesman Chris Whitley.

The new Gandy Elementary School in Ashland, on track for a 2024-25 school year opening, will be among the first K-12 schools in Virginia to have only gender-neutral bathrooms available. It is the first school constructed in Hanover County since Laurel Meadow Elementary opened in 2008.

At the School Board meeting, Mechanicsville District representative John E. Redd Jr. asked about restrooms at the schools in regards to “the policy.”

The school division has been involved in a 10-month controversy that began when its School Board did not put into place Virginia Department of Education guidelines regarding the treatment of transgender and nonbinary students, as school boards were legally required to do by the start of school, following a 2020 state law.

The board took a vote in November, which covered some parts of the requirements but stopped short at the more contentious transgender bathroom policy, which would have explicitly allowed transgender students to use bathrooms that aligned with their identity.

Though lawsuits and threats ensued, the Hanover School Board did not change its policies. In March, the board through a 4-3 vote allowed a conservative organization with established anti-LGBTQ views to review its equal educational opportunities policy.

Redd said in an interview that the design for a school with completely gender-neutral bathrooms is a “possible solution.”

“We don’t want to show favoritism to one [side] over another, we just got to live by what the courts are telling us we’ve got to do and that’s what we’re trying to do,” Redd said. “Everybody’s got their own personal opinions, but your personal opinion can’t necessarily rule when you’re a member of the School Board or when you’re a member of the Board of Supervisors. You got to follow the law. You got to represent all people and that’s kind of what we’re trying to do.”

From the archives: 100 photos of Pony Pasture

Do police need a warrant to search an ‘abandoned’ cellphone? Attorneys ask US Supreme Court to hear Hampton case

“If you throw your phone away or discard it or trade it in, police can do whatever they want — they can access your emails, your bank records,…

Friends and family celebrate the life of Kyle Stoner

Friends and family gathered Friday on the second floor of Richmond’s Main Street Station to celebrate the life of 36-year-old Kyle Stoner.