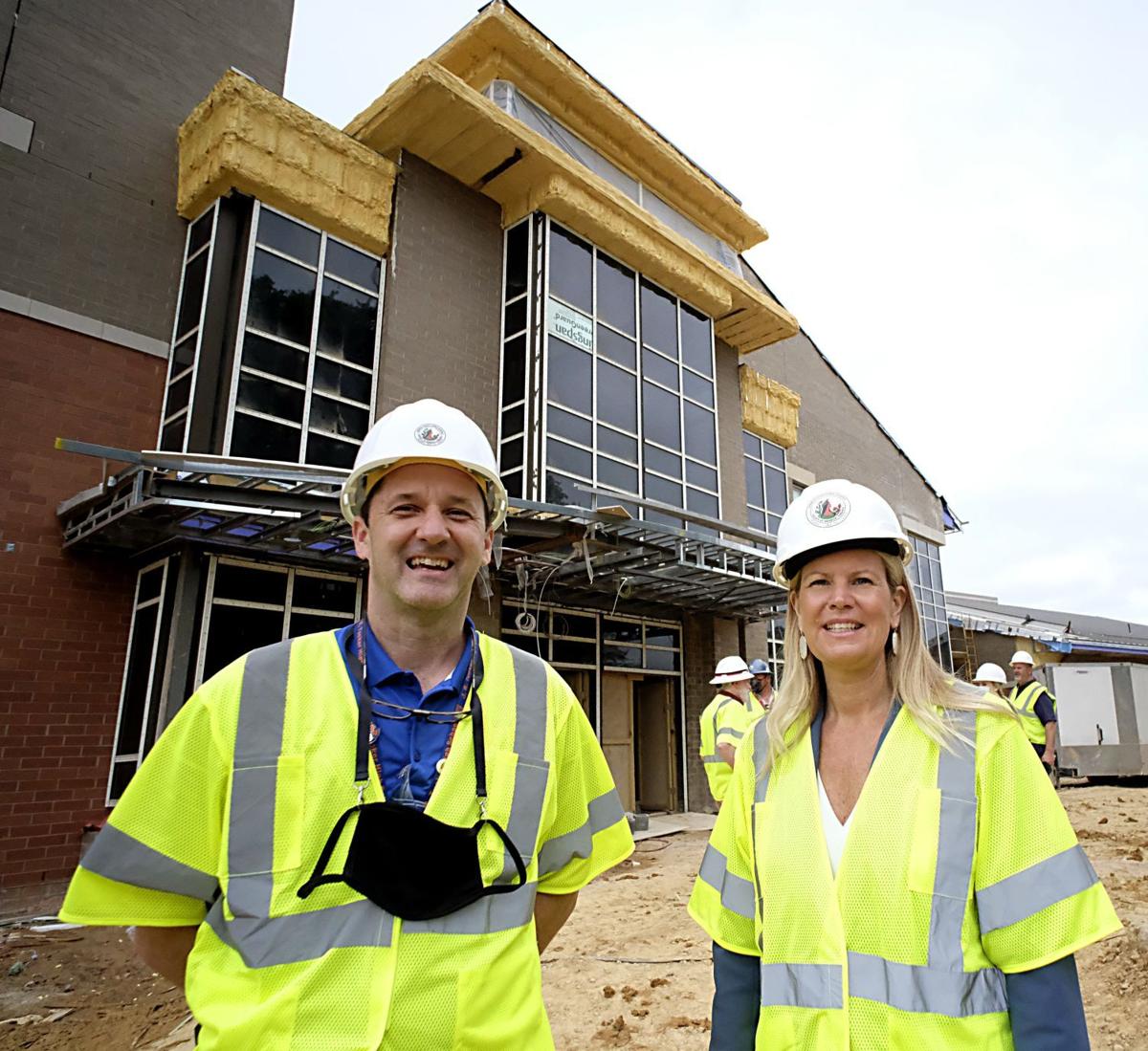 A construction crew worked on the new J. R. Tucker High School building in Henrico County in May. 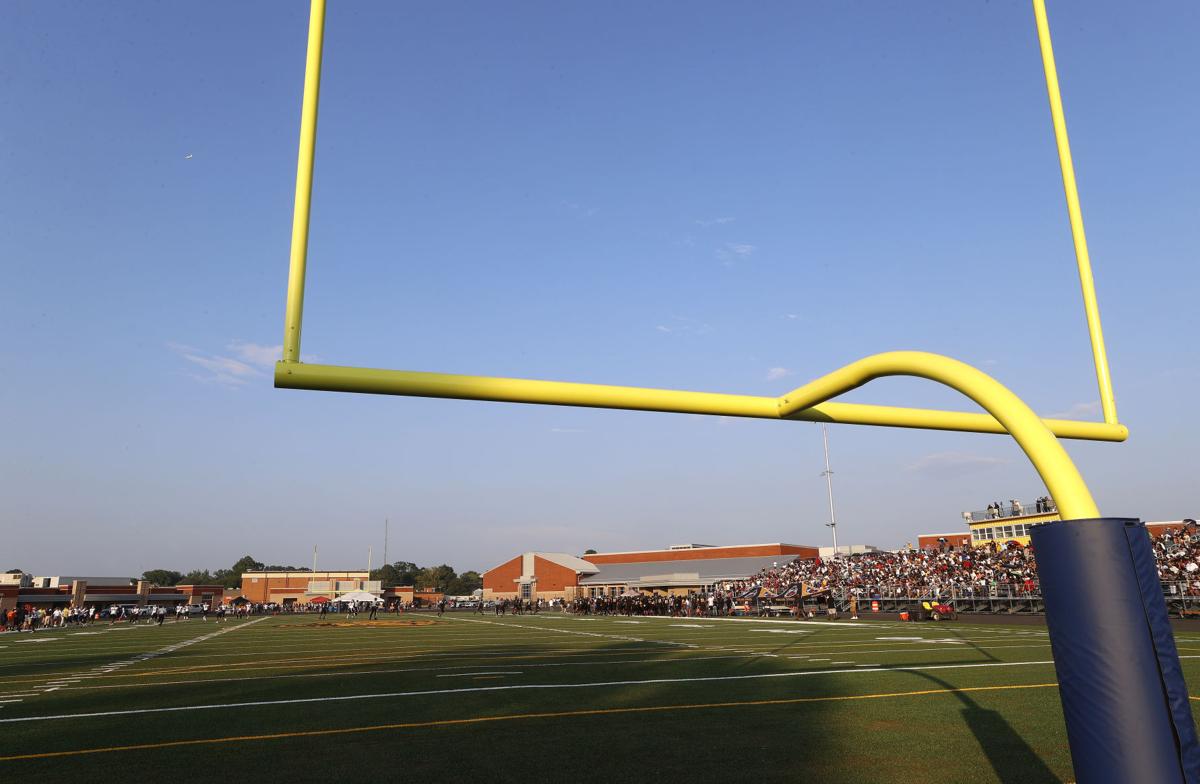 The Springers play Chambers High of Charlotte, N.C., in their new football stadium Saturday, August 28, 2021. The new Highland Springs High School is at right and the old gym is seen behind the opposite goal post.

As Henrico Superintendent Amy Cashwell and Henrico County Manager John Vithoulkas walked around J.R. Tucker High School, which still has punch-list items to be completed, it was clear that the staff was excited to welcome students to the new school. The old J.R. Tucker, which was just demolished weeks ago, was built in 1962 and had not seen a renovation since.

“I went to Tucker, like a hundred years ago,” Vithoulkas said in an interview, “so it was getting old.”

According to officials, both high schools cost about $100 million each, $20 million above the target from 2018. They were paid for with a higher-than-expected meals tax collection and bonds.

When Henrico officials announced the two new high schools in 2018, it denoted a change to the county’s capital improvement plan — and a policy that favored renovation over replacement for some of the aging buildings.

“We were going to renovate it, but then we had several members of the board … that started asking, ‘Do we really want to renovate a 67-year-old facility?’” Vithoulkas recalled.

After some rethinking, the county was able to come up with a plan to build two new high schools, which officials wanted to build by 2021. Cashwell said the deadline made her nervous.

“It was a really lofty goal,” said Cashwell, who became superintendent in 2018. “Certainly coming in new as a superintendent into the county, working with the manager, the Board of Supervisors, and the School Board, I was incredibly impressed by the teamwork that had gone into … making a plan that would be able to deliver two new high schools and this elementary school at the same time.”

Once the plan to build a new Tucker came forward, residents of eastern Henrico began to wonder why the high school on their side of town wasn’t being rebuilt. Highland Springs, a school with a population of 80.4% Black students, according to state data, had seen an earlier renovation, but not a rebuild. Tyrone Nelson, the Varina District representative on the Henrico Board of Supervisors, wanted to know why.

“Once they started talking about a new Tucker, it gave me an opportunity to push for a new Highland Springs,” he said.

Highland Springs High School, which is 10 years older than the former Tucker High, had seen a renovation in 2008.

“All of the new high schools had been built in the West End — so Deep Run and Glen Allen being the most recent rebuild,” Nelson said. He also noted that from an equity perspective, it simply made sense to build a new high school on the eastern side of the county.

Nelson marveled at the new Highland Springs High School in a recent interview and about a new sense of pride that could be felt. While the school is not officially open until the first day of school Wednesday, the football team has played games on its new field.

School officials are excited for a football stadium that will be able to host thousands of people and hold tournaments as a tourist attraction for Henrico County. Nelson recalled that at the first home game for Highland Springs, students and county residents walked on the new field with a sense of pride.

While excited about the buildings themselves, Cashwell also noted the programming that will come along with the new schools. At Holladay, the county will start its first dual-language immersion program for kindergartners.

“I hope it will serve as a model for us to create similar programs at other schools,” she said.

Richmond students are behind, according to SOL data, but low testing participation makes the data hard to judge

A construction crew worked on the new J. R. Tucker High School building in Henrico County in May.

The Springers play Chambers High of Charlotte, N.C., in their new football stadium Saturday, August 28, 2021. The new Highland Springs High School is at right and the old gym is seen behind the opposite goal post.