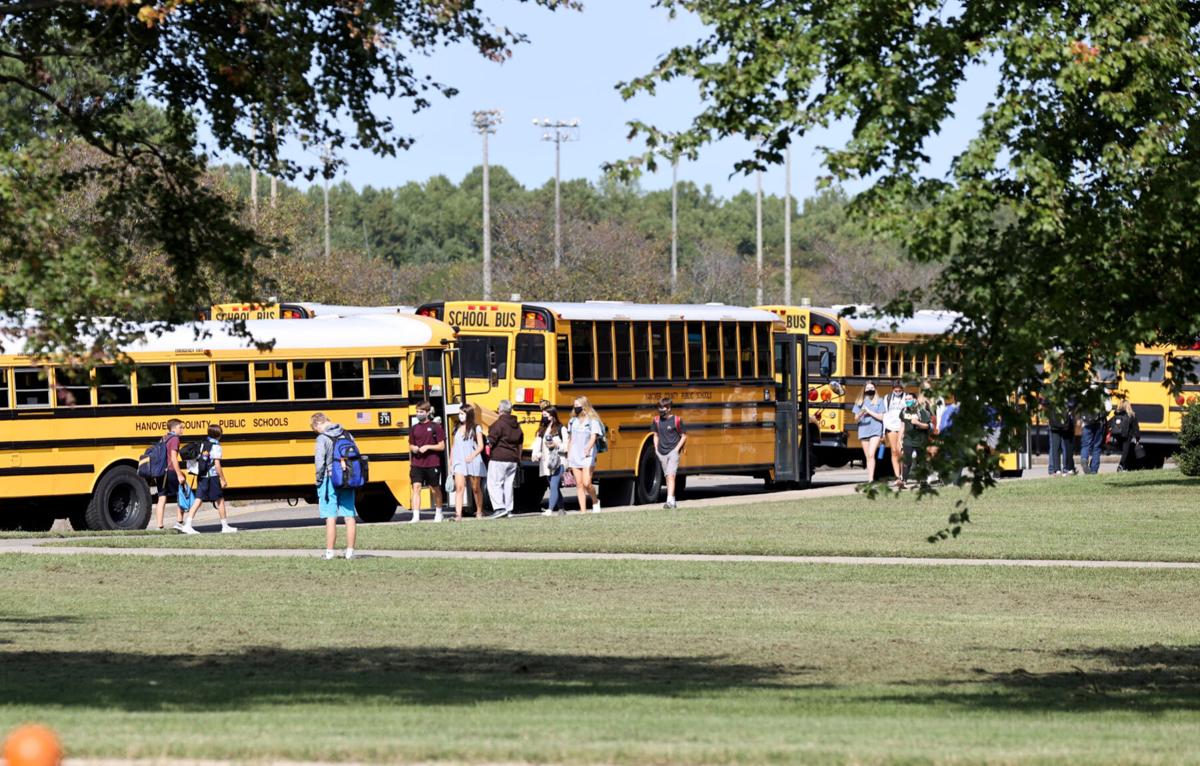 Atlee High School students head to school buses after their classes at the school in Hanover County, VA, on Wednesday, September 23, 2020. 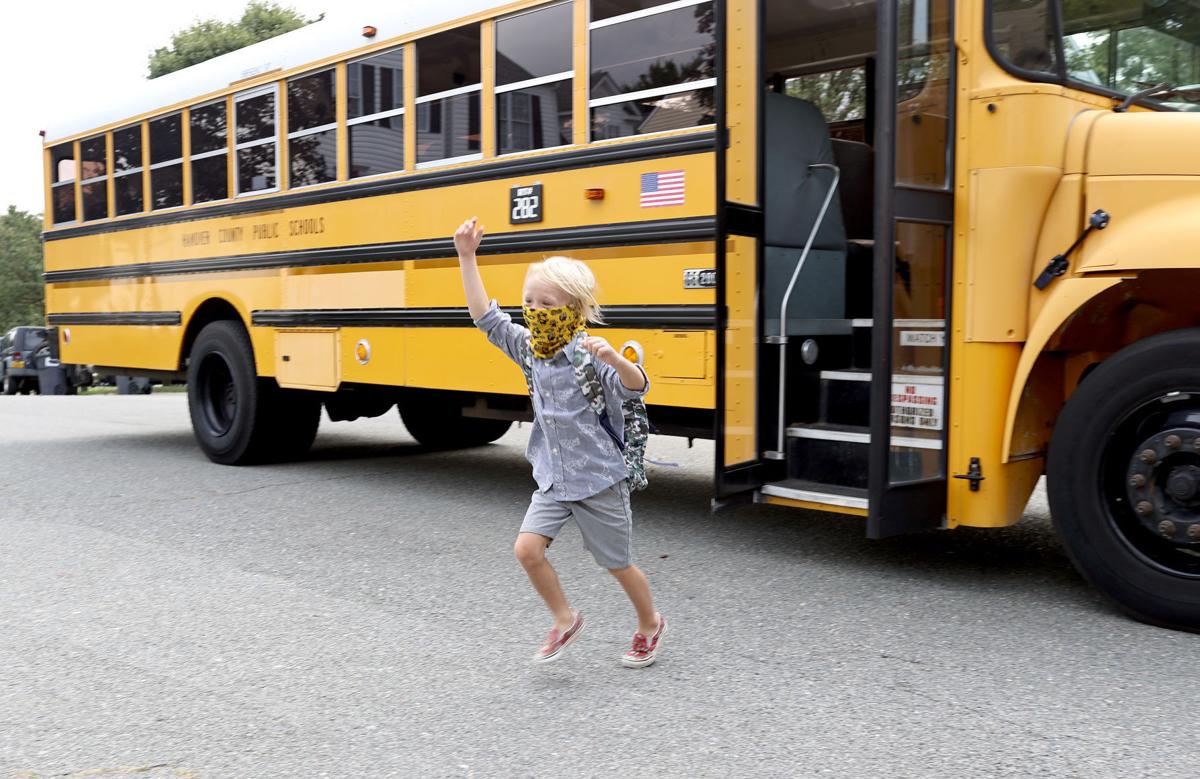 Sam Koziol, a first-grader at Kersey Creek Elementary in Hanover County, ran to his mother, Amy Koziol, as he came home from his first day of school on Sept. 8.

School leaders told the Hanover School Board on Tuesday night that for the second semester, which begins Feb. 3, they’ve received 1,261 requests for students to come back to school from virtual learning. On the flip side, 179 students who were in school have requested to move to virtual learning.

Hanover parents were given the option to choose five-day, face-to-face or virtual learning at the start of the school year in September — Hanover was one of only a handful of school divisions statewide to offer those options — and back then, roughly 60% of the division’s 16,346 students chose face-to-face learning.

The plan was to give parents the choice again for the second semester.

All of the virtual requests have been granted. Of the 179, 142 were for high school students.

Several factors determined how many face-to-face requests would be granted at each level, Jennifer Greif, assistant superintendent for instructional leadership, said Wednesday, with one of the biggest considerations being each school’s physical limitations. Schools have to maintain at least 3 feet between students in order to comply with the state’s COVID-19 mandates.

High schools, by nature, have more flexibility because of block scheduling and rotating classes every other day. But in elementary schools, students remain in one classroom the whole day, so there’s less flexibility to add large numbers of students back into the schools.

Considering that limitation, priority was given to the school division’s most vulnerable populations, Greif said.

“We started all of our decision-making with” special education, ESL and ELL students, she said, adding that those requests were pulled first so schools could look at services needed on a student-by-student basis. “They were definitely at the forefront of our thinking.”

But there were other considerations, too. Greif shared that when decisions had to be made between requests for pre-K and kindergartners and those for upper elementary grades, for example, priority was given to younger children. Students whose grades and attendance may have suffered during the first semester in a virtual environment were also given higher priority.

Anytime choices had to be made between two students, Greif said, those decisions were made with a “student-centered lens.”

Greif said the 1,261 requests to go back to face-to-face learning were nearly on target with officials’ expectations, because by last October they were beginning to hear from parents of virtual students that they wanted to be back in school.

“There was a lot of confidence in the plan, and the numbers were looking good,” she said, adding that they had no way to know for sure, given the volatile COVID-19 landscape that changed daily. “We recognize that families and parents and students are all making decisions with a whole host of different factors in front of them.”

In other news, Gill will present his 2021-22 proposed budget to the School Board next Tuesday, Jan. 19, at 6 p.m. The budget presentation meeting is open to the public. A public hearing on the proposed plan follows the week after on Jan. 26 at 7 p.m.

Both meetings are at the School Board office, 200 Berkley St. in Ashland. They’ll also be streamed live by Zoom and the school division’s YouTube channel for those wishing to watch remotely. Visit hcps.us/about_us/school_board for more details or for links to meetings.

With an air of optimism, Hanover County schools Superintendent Michael Gill presented his proposed 2021-22 budget to the county’s School Board…

Richmond schools Superintendent Jason Kamras on Tuesday proposed a budget for the next fiscal year with raises for all employees, targeted spe…

A bill that would have made college athletics fees optional fails to gain approval in a senate subcommittee.

WILLIAMS: An educated citizenry is essential to preserving our democracy. We need to learn who we are.

Tommy Tuberville was far from alone in not being able to name the three branches of U.S. government.

Atlee High School students head to school buses after their classes at the school in Hanover County, VA, on Wednesday, September 23, 2020.

Sam Koziol, a first-grader at Kersey Creek Elementary in Hanover County, ran to his mother, Amy Koziol, as he came home from his first day of school on Sept. 8.