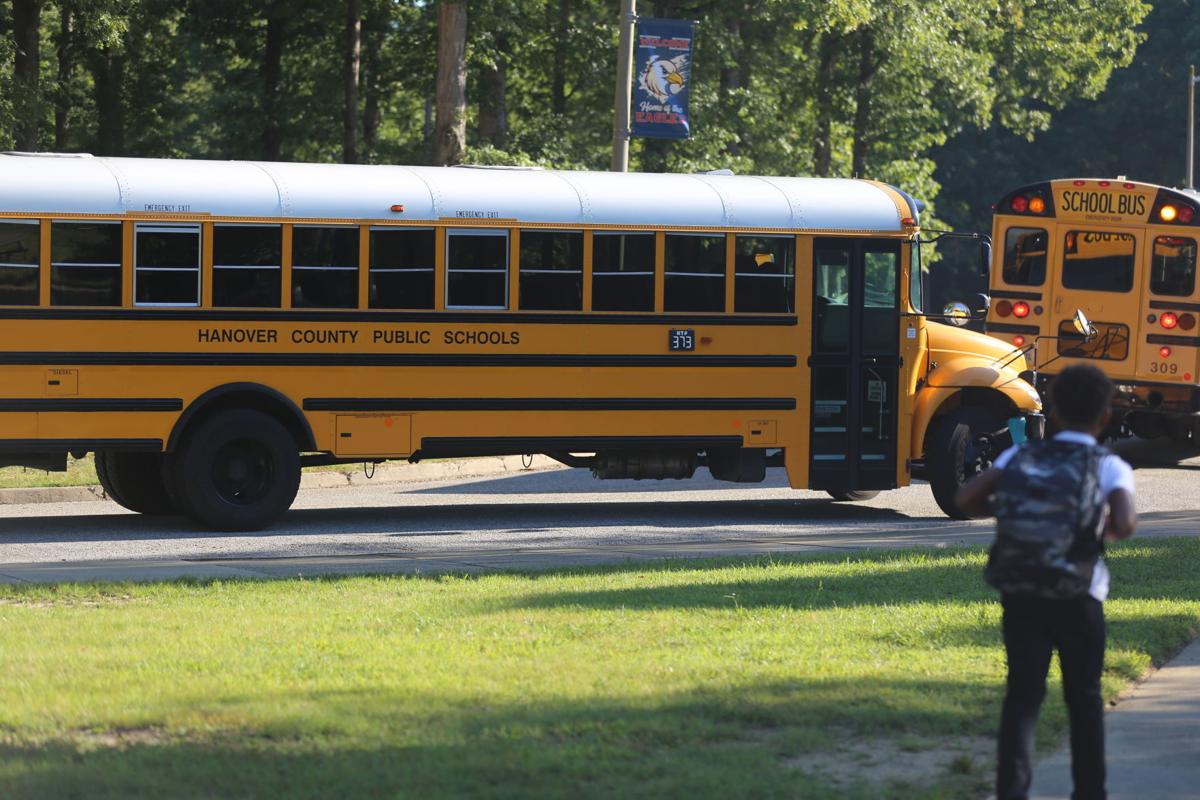 First day of school for some students in Hanover County. 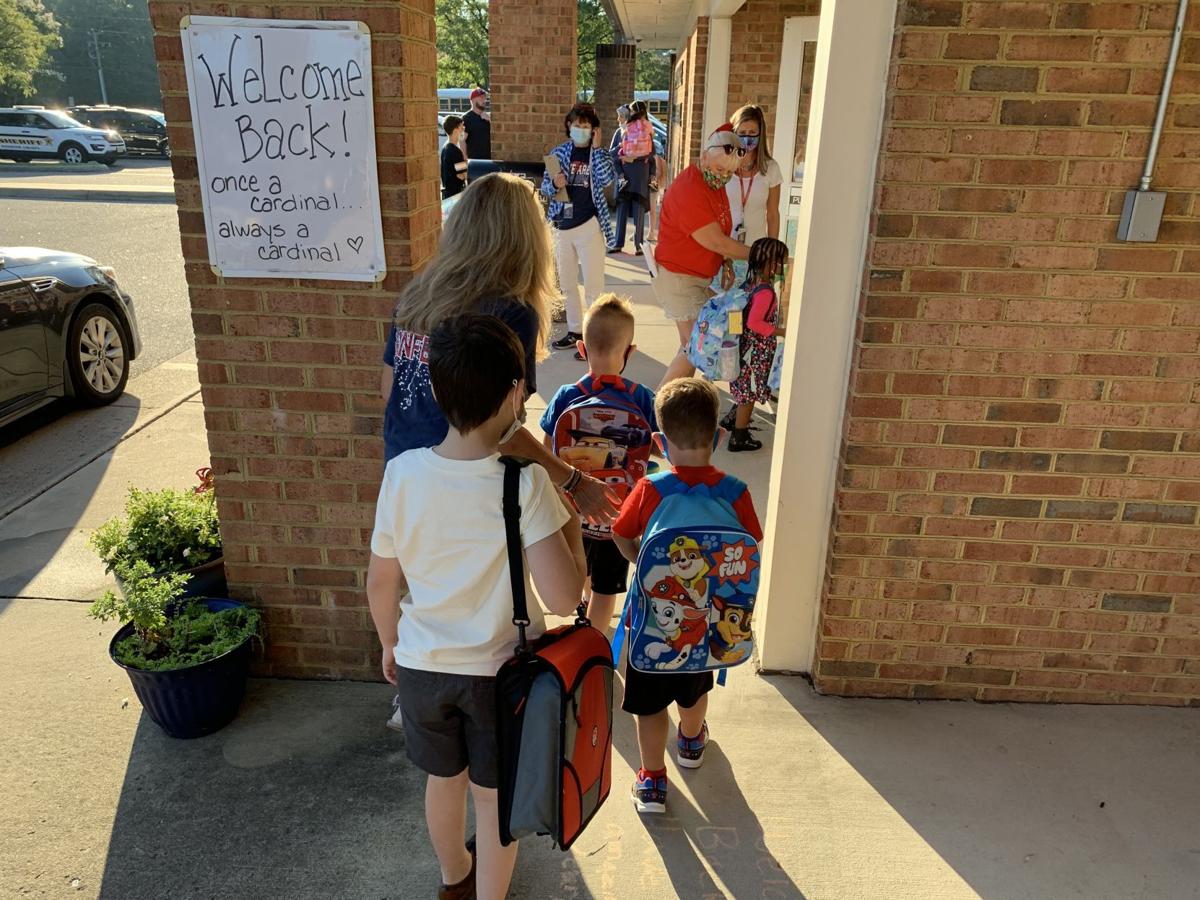 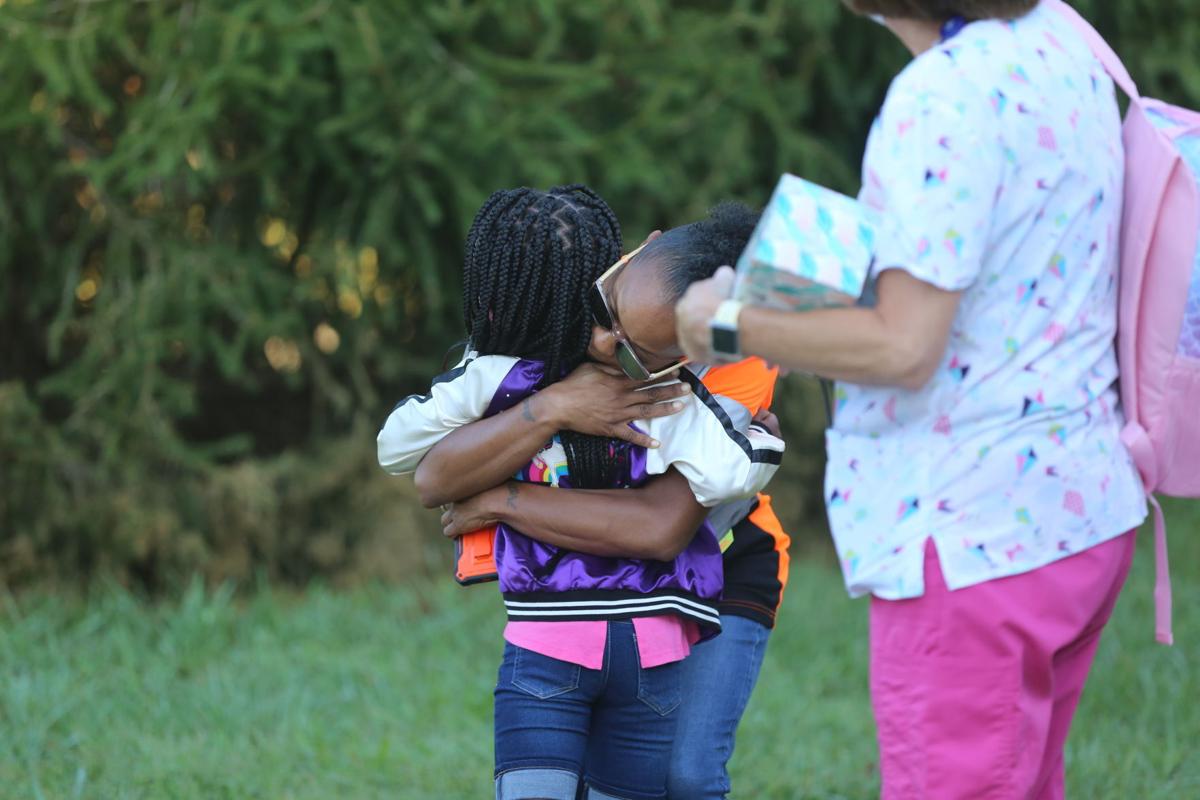 Ebony Mines hugged her daughter, Adaeze, 5, before the kindergartner started her first day of school Tuesday at South Anna Elementary School in Hanover County. Hanover was the only local school division to fully open last year. 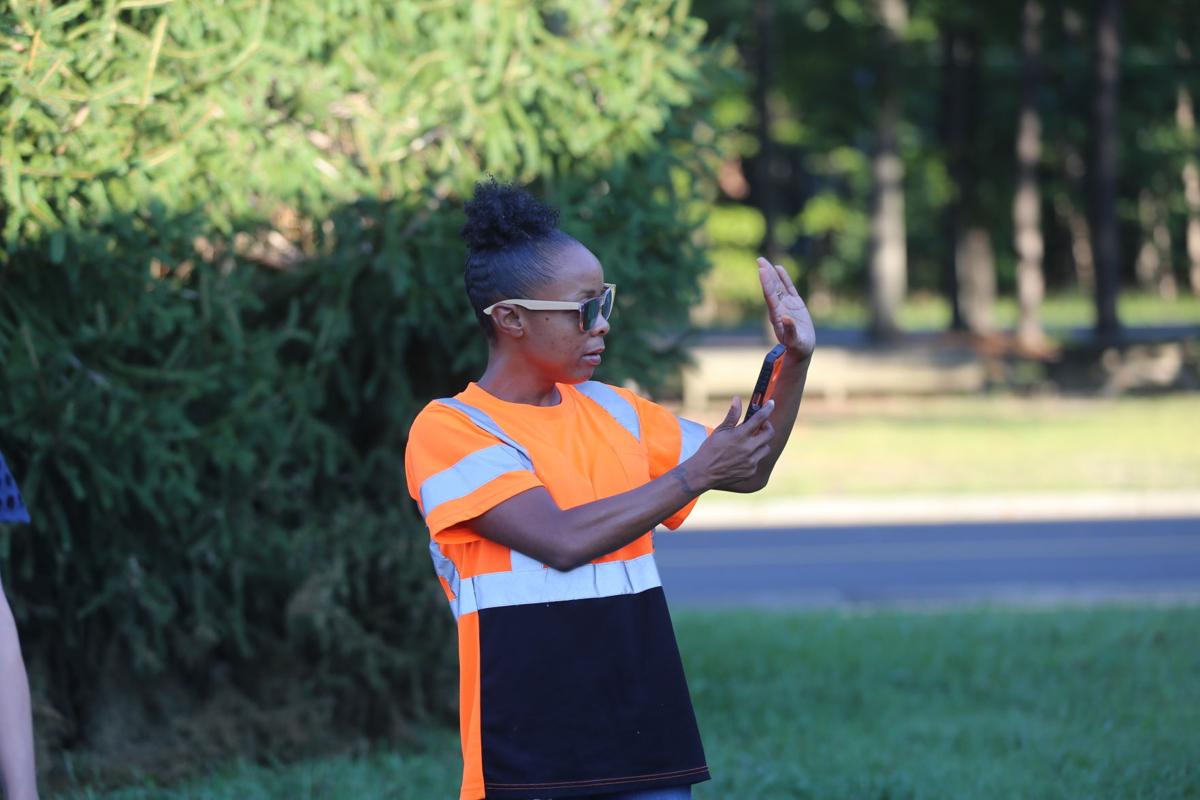 Ebony Mines bent down and gave her daughter, Adaeze, one final squeeze before letting her go. Holding the hand of a South Anna Elementary staff member, the little girl, a kindergartner, made her way toward the school building, turning only once to say a final “bye, mama” before disappearing into the sea of small children and school staff inside.

Tuesday marked the first of two “first days” for Hanover County as the school system welcomed back students who were starting milestone years — preschool, kindergarten, sixth and ninth grades — as well as previously virtual students in all grade levels who were returning to school buildings for the first time in 18 months.

“I’ve been a wreck,” Mines said about 7:45 a.m. Tuesday as she watched her daughter enter the school building — and a new chapter in both of their lives.

Virginia’s school systems are required to offer in-person learning for the 2021-22 school year, and school administrators in Hanover and around the area are expecting nearly full capacities this week as most schools begin. Hanover’s enrollment is about 16,500 students this year, with 97% of those in school buildings. Hanover school officials reported no major issues with the bus routes Tuesday, even as a nationwide bus driver shortage has impacted school systems everywhere, including Hanover. Of its 221 positions, they still need about 30 drivers.

But while Henrico County and Richmond will open schools for the first time Wednesday — and Chesterfield County opened last month — Hanover was the only local school division to fully open last year and the largest school division among only five in Virginia to offer five days of in-person learning all year long.

Last September, roughly 63% of Hanover’s students started the school year in person and more — about 65% — joined for the second semester.

Locally, Hanover had the region’s highest SOL scores — data that supports state lawmakers’ reasoning for the push to open schools this year.

David Brockenborough sat patiently as his kindergartner, Deja, 5, played on her device in the back seat of his car. They were the first vehicle in the parent drop-off line at South Anna Tuesday morning. There were no tears — in fact, Brockenborough said, his daughter was up early and ready to go.

“I’m feeling good, just happy that she’s happy to want to go to school,” he said. “Most kids don’t [but] she’s really happy and upbeat.”

South Anna District school board representative Bob May visited South Anna and then Liberty Middle Tuesday morning. As one of two new board members appointed earlier this summer, May helped in the parent drop-off line at each school, opening doors for students with a booming “good morning” and then proceeding to help South Anna students find their way to teachers who could lead them to their classes.

At Liberty, May waved and shouted hellos. From time to time, he offered a few one-liners for comic relief.

“Wave to your daddy — he’s going to be upset if you don’t,” he told one Liberty student as she exited a car.

He repeated the directive to another student a few minutes later.

“Wave — and one more time,” he told her, joking that, “That’s how you get Christmas presents.”

At Liberty, parents Alishea Allen and Sherrod Owens dropped off their daughter, CeYanna, a sixth-grader.

Allen described her daughter as “nervous but chill,” but also joked that she was acting “extra sixth-grader-ish,” meaning her daughter didn’t want her parents tagging along with her, or hugging her, or seen with her in any way.

Owens said his daughter is more nervous about being in the building, explaining that she was a virtual student at John M. Gandy Elementary last year.

Those in-person jitters are expected, though maybe not as much in Hanover as surrounding school divisions. Hanover schools Superintendent Michael Gill on Monday sent a long note to parents that reminded them just how far the school system and the school community had come in the last year.

Hanover’s School Board made the unique decision last year to open schools during a pandemic, Gill wrote, and in doing so, also created an entirely new online school for virtual students with a full curriculum. Giving the technological challenges for many students throughout the county, Gill noted the school system accelerated its technology plan last year, which ultimately provided more than 16,000 Chromebooks for all students.

“Simply put, it was a historic year,” Gill wrote. He praised elementary teachers for finding ways to incorporate music, art, library and gym classes into school days, and middle and high school staffs for reworking everything from class and sports schedules to contactless lunches.

“Our school nurses vaccinated thousands of adults and students in our community,” he said, and “our custodial staff, administrators, teachers and staff cleaned nonstop.”

Gill said, however, that all of those efforts are needed again.

“The emotional toll of the last year and a half has been dramatic for many, children and adults,” he wrote. The pandemic lingers, and while the Hanover school community moves toward a year “that appears more normal,” he said, “we recognize and are committed to meeting the social, emotional, physical and academic needs of every child.”

How all four of the districts are handling reopening schools

After nearly a year and a half of a chaotic virtual school year, Virginia school districts will open fully for the first time since March 2020…

Elementary school students are being infected the most, accounting for more than half the cases.

Chesterfield County officials announced a $3-an-hour boost to bus driver pay and $3,000 in bonuses to lure more candidates as the short-staffe…

Fewer Virginia public school students sat for annual state accountability tests this spring, and those who did fared worse than in previous ye…

On Chesterfield's first day of school, some cheers, some bus delays and a little bit of traffic. Tuesday is Day 1 for the rest of the county

First day of school for some students in Hanover County.

Ebony Mines hugged her daughter, Adaeze, 5, before the kindergartner started her first day of school Tuesday at South Anna Elementary School in Hanover County. Hanover was the only local school division to fully open last year.