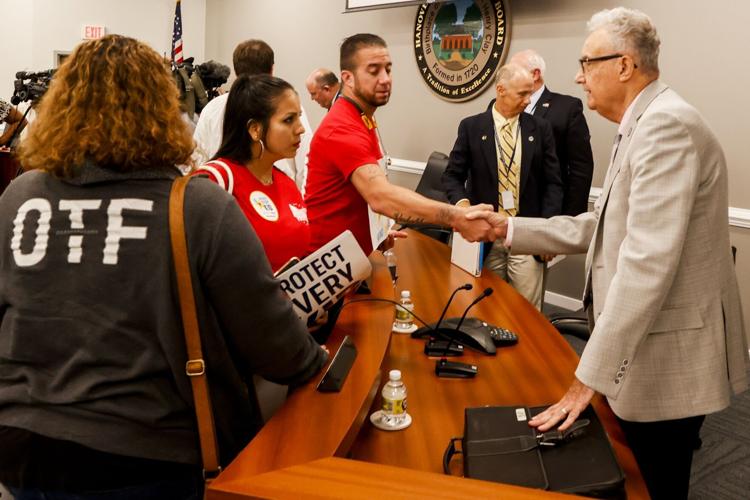 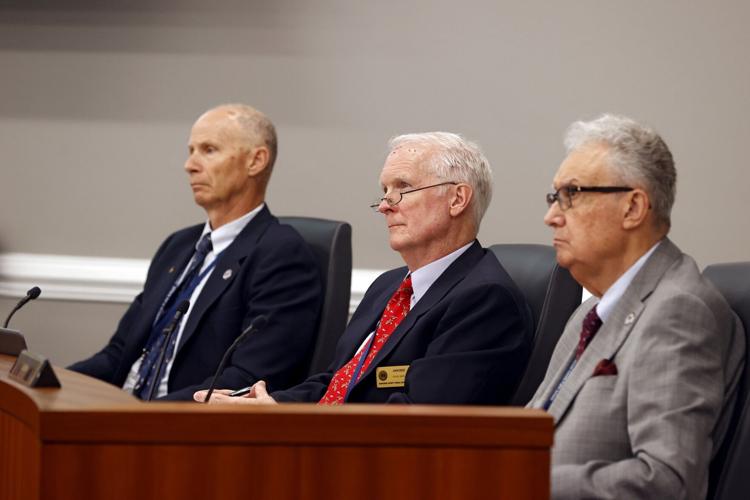 A new lawsuit is challenging a policy adopted by Hanover schools regarding the treatment of transgender students.

The lawsuit, filed by the ACLU of Virginia on behalf of parent Ashley Hession, said that the Hanover County School Board’s policy violates state law and discriminates against transgender students. Hession’s child is transgender.

On Aug. 30, the board passed a policy that requires transgender students to send a written request to school administration asking for access to the schools’ facilities that align with the students’ gender identities. The policy directs students and their parents to submit documents “which may include” the students’ disciplinary or criminal records along with signed statements from the students’ doctors or therapists verifying a diagnoses of gender dysphoria or a consistent expression of a binary gender identity.

The lawsuit, filed in Hanover Circuit Court last month, said that the board’s policy discriminates against transgender students by requiring them to submit “an invasive and burdensome investigation” in order to use the bathroom that matches their gender identity.

School district spokesman Chris Whitley said that the board does not comment on pending litigation.

One count of the lawsuit rests on the claim that the Hanover School Board is in violation of state law because its transgender policy does not align with the Virginia Department of Education’s model policies. But those policies are set to change soon.

On Sept. 16, the VDOE published new proposed model policies that roll back some of the protections afforded to transgender students under policies published last year under then-Gov. Ralph Northam’s administration. The 30-day public comment period ends Wednesday, and from there the VDOE will decide if the effective date needs to be delayed.

As of Friday afternoon, more than 61,500 comments had been submitted for consideration by the VDOE. Several assert that the proposed policies are unlawful. The new policies will go into effect upon final approval by the State Superintendent Jillian Balow.

“VDOE’s proposed model policies contradict their legal mandate, and Virginians have submitted comments opposing these dangerous proposals by a ratio of 7:1,” said ACLU-VA Staff Attorney Geri Greenspan in an email to The Times-Dispatch. “We’ll be watching VDOE closely to see if the department rescinds their proposals and re-instates the 2021 model policies that put protections in place for trans students, teachers, and parents.”

The lawsuit’s second count is under the claim that the Hanover School Board abused its discretion and acted outside the scope of its powers when it adopted the transgender policy on Aug. 30.

Since last year, Hanover has been at the forefront of the controversy in Virginia over how the school board should accommodate transgender students.

The Hanover School Board (along with about 90% of school boards across Virginia) did not adopt the VDOE’s model policies last year by the first day of school, which was required by law. The failure to take action set off a groundswell among Hanover residents. The board later shot down a proposed policy that would have allowed transgender students to use bathrooms and locker rooms that align with their gender identity.

The policy adopted in August, which prompted the most recent lawsuit, was drafted largely by the Christian conservative legal advocacy organization Alliance Defending Freedom.

The Arizona-based organization has played a part in several anti-transgender bathroom policies across the U.S.

Va. college enrollment is bouncing back, while most of the country isn't

Virginia college enrollment is growing slightly, thanks to the wealth of its residents, its expanding high school-age population and the continued success of online giant Liberty University.

He says securing enough power plants that operate 24-7 is the point of his “all of the above” energy plan.