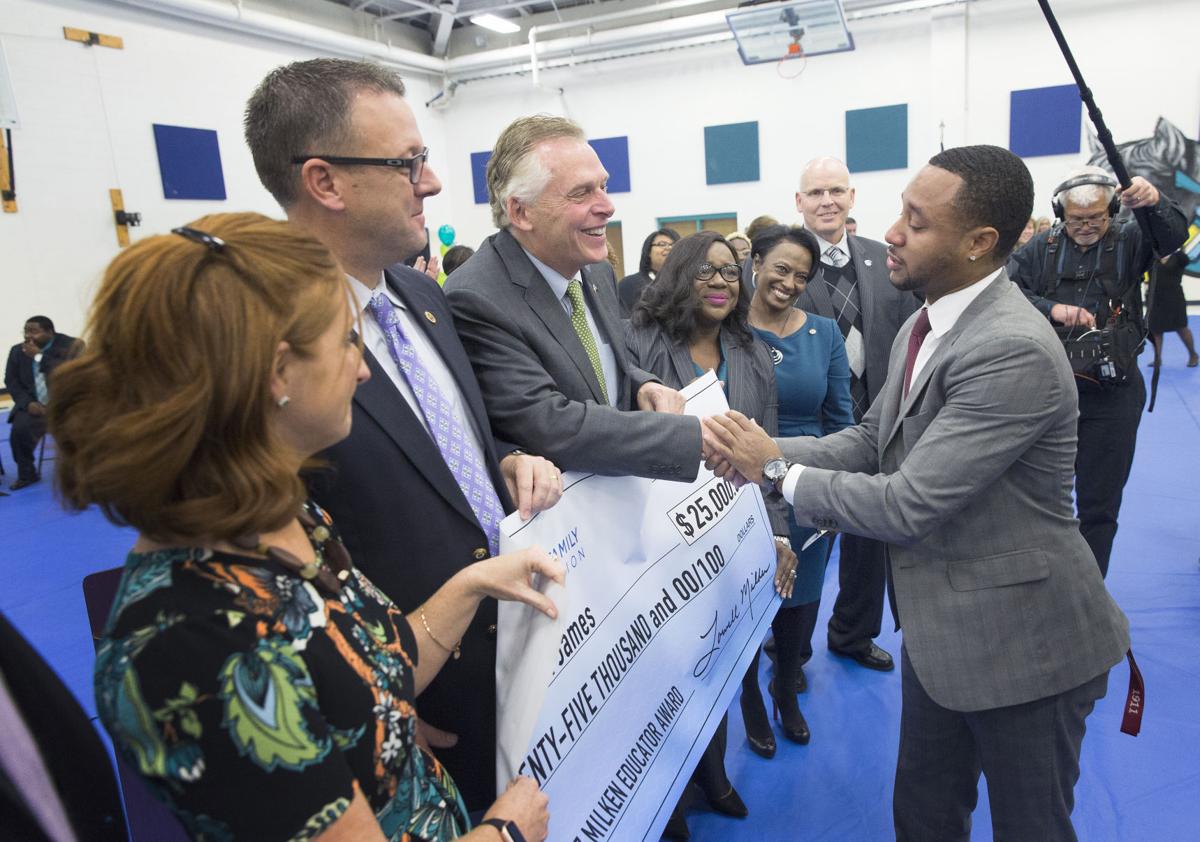 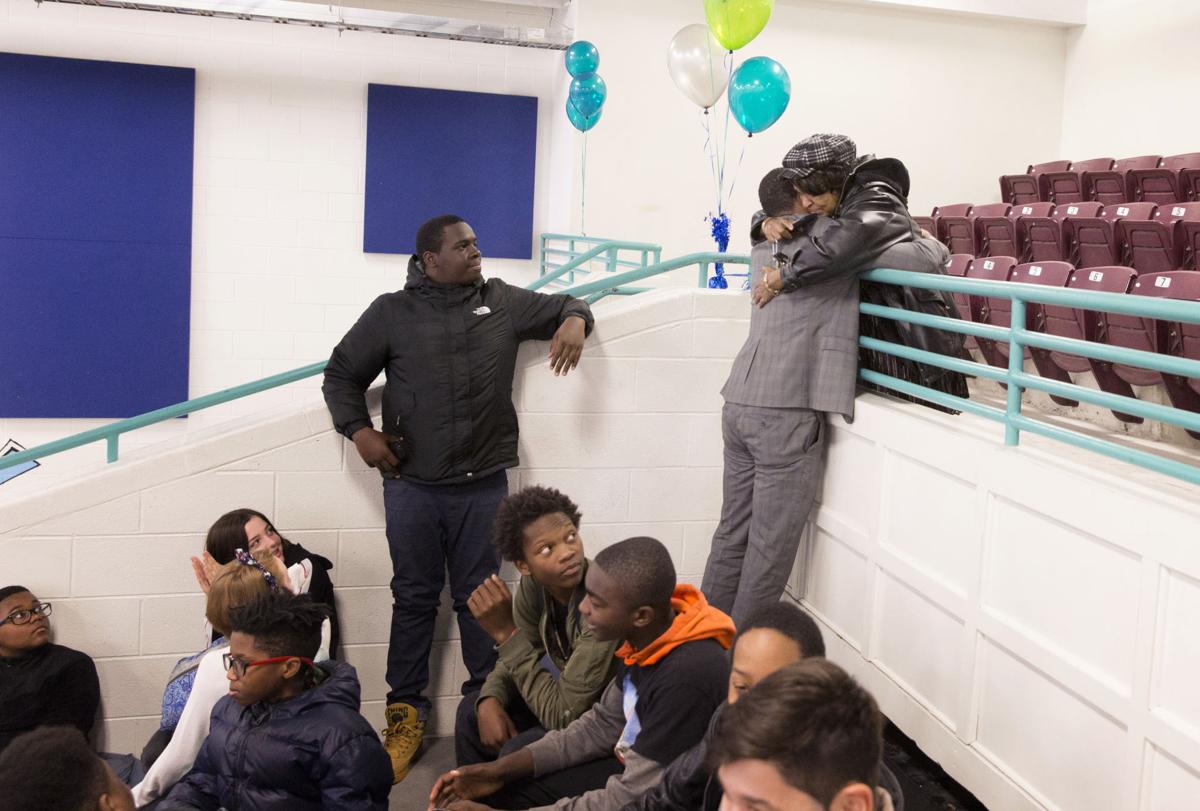 Ryan James sat in the back right section of the Lucille M. Brown Middle School gymnasium’s bleachers and was confused to see his mother, Chrisantha, walk in.

The school had gathered for a ceremony masked in secrecy, but when Lowell Milken, the chairman and co-founder of the Milken Family Foundation, announced that James was the recipient of a $25,000 national Milken Educator Award, a look of shock came over both their faces. Tears soon followed.

The two embraced over a railing and James put his head down in a moment of solitude before making his way from the back of the bleachers in his sharp gray suit and maroon tie.

“My God makes no mistakes,” said the eighth-grade social studies teacher and member of Richmond’s Mount Olive Baptist Church. “To see this happen, it shows that God has a plan for me.”

That plan started when he was in eighth grade with a personality that put others first. Chrisantha James initially wanted her son to be a pediatrician, but as an educator herself — she works in professional development for Richmond Public Schools — she opened his mind to teaching.

James, 29, went on to graduate from James Madison University and has been teaching for five years. In 2015, he was named the middle school’s teacher of the year.

Speaking Wednesday after the announcement, he said he wished his grandfather could have been present.

“When I look at a male mentor figure, he was it,” said James, struggling to hold back tears as he spoke.

Now, James is the 44th Virginia recipient of the Milken Educator Award, which is touted as the “Oscars of Teaching.” He received $25,000 from the foundation as public officials, School Board members and school division administrators stood by his side.

The students — “the real reason I teach,” James said — shouted their excitement as James made his way from the bleachers to the gym floor with some standing on the bleacher seats as they cheered.

He was met by Gov. Terry McAuliffe, Milken and Virginia Superintendent of Public Instruction Steven Staples, among others.

“It’s not often that you come to school at 8:30 in the morning and have an assembly and then you receive a financial award of $25,000 for all the great work that you do,” Milken said.

The Milken Educator Awards were launched in 1987 and are awarded to teachers based on criteria related to instruction, leadership, student achievement and accomplishments outside the classroom. Eight past Virginia recipients were on hand Wednesday for the assembly.

James wasn’t even considering the prospect of the award — you can’t apply for it — and his mind was on basketball practice later. He serves as the school’s football coach and assistant boys basketball coach.

The honor Wednesday was a reminder for him for what he was called to do after a school year filled with uncertainty.

James had a conversation recently with the Lucille Brown principal, Stacy Gaines, in which he revealed that he’s “just not feeling it this year.”

Gaines encouraged him and, on Wednesday, he reaped the fruits of his labor.

“While our country does so many things well, one thing we don’t do well enough and that is honor, celebrate and recognize the good work that our talented teachers do,” Milken said. “And that doesn’t make any sense.”

James now has $25,000 to spend — funds he said after the ceremony that he plans to spend on graduate school and some traveling. He has never been out of the country, he said.

“I really have no excuse anymore,” he joked.