The Henrico County Public Schools division is facing nearly 190 teacher vacancies at its traditional schools, and the majority of those vacancies — nearly 70% — are at schools in the Fairfield and Varina districts.

With two weeks until school begins, about 128 teacher vacancies remain in Fairfield and Varina — two districts that have majority-Black populations and serve more than half of Henrico’s economically disadvantaged students.

The numbers include traditional schools and not alternative schools like Virginia Randolph or the two Advanced Career Education centers.

In an effort to fill those vacancies, some class sizes have been adjusted, and western Henrico teachers have been transferred to schools in Fairfield and Varina. All class sizes remain under the state-mandated cap of 30 to 35 students per class depending on grade level, according to HCPS spokeswoman Eileen Cox.

“The common denominator is that this is not new,” said Henrico School Board member Alicia Atkins, who represents the Varina District. “What makes this, I believe, more interesting to some is that it’s affecting others that are not within this district.”

The three schools with the highest number of vacancies — Varina High, Rolfe Middle and Achievable Dream Academy at Highland Springs — are all in the Varina District. More than 70% of the students at each school are Black, and at least 60% are economically disadvantaged, as defined by the state.

Teachers who have worked in hard-to-staff schools say they need more support when teaching in areas that are high poverty, or schools that are designated as Title I, a federal program that provides funds to schools with high percentages of children from low-income families.

Across the U.S., teacher shortages are reaching a level of crisis. The neighboring Richmond Public Schools division is facing a similar situation. In order to remedy the shortage, RPS is offering financial incentives in an attempt to close the gap before the new school year begins.

Emily Williams-Fritz, like many other Henrico teachers, began her first job out of college at a Title I school in Varina, then later transferred to a school in the western part of the county.

“Kids in Title I schools are just as smart, they are just as capable as children in other schools, but we have to acknowledge that there are other factors at play,” Williams-Fritz said. “I think there’s this expectation that teaching third grade in [eastern Henrico] is the same as teaching third grade in [western Henrico]. ... It’s not unrealistic for those children to succeed — they can and they will. But not under the same conditions as other schools.”

Young, perky teachers who begin their careers at hard-to-staff schools can burn out quickly.

“You’re working with more kids who may have experienced trauma and are just not getting their basic needs met at home,” Williams-Fritz said. “From my experience, I feel like families are doing the best they can with what they have. But what that does mean for teachers is that it takes more patience and understanding and active communication with families to bridge this gap and make sure that their students are successful. It also means that you’re having to fill these basic needs that are missing at home.”

‘So out of touch’

When Williams-Fritz left the elementary school in Varina where she worked for five years, she cried because she would miss the students whom she loved working with. But what drove her out was the lack of support from HCPS’ central office, which houses high-level division employees.

“The people who made decisions about my job were so out of touch with what it was like to be inside of a classroom every day,” she said.

Atkins, who was elected to the School Board in 2019, said the Varina District has always been resilient and will continue to be this school year.

“We are wonderfully well made as a community because we continue to strengthen what we have versus focusing on what we don’t. That has helped us continue to produce doctors, lawyers and individuals moving into fields that don’t even have titles yet,” Atkins said. “We’re going to have to really wrap our arms around our schools. ... I feel really positive about where we are. Some of the complexities that we had the past few years aren’t as complex going into this school year.”

Other tactics that HCPS administration is employing to remedy the teacher shortage include temporary reassignments. Twelve innovation learning coaches and four school quality coaches have been temporarily reassigned as classroom teachers, according to the HR department.

HCPS’ central office will continue to deploy administrators as substitutes to fill in where they are needed, according to Cox.

This year, HCPS will begin to use Proximity Learning, an online learning program in which students are taught virtually by teachers who are licensed to teach in Virginia. It will be used for classes that are typically electives and have a small number of students enrolled. Some of the classes include advanced foreign languages and advanced math classes. The program will not be used for any required courses.

Using Proximity “is not necessarily because of the teacher shortages,” Cox said. “Is it beneficial during staffing shortages? Absolutely. But that’s not the driving force. ... It’s also our desire to offer as many classes to as many students as possible.”

‘We do have vacancies’

The Brookland District on Henrico’s northern end accounts for about 25 teacher vacancies. The Three Chopt and Tuckahoe districts each account for about 17 teacher vacancies — five times less than the number of unfilled teaching positions in Varina.

Atkins said it is harder to recruit in areas with more need and more trauma. But she also wants to point out that there is trauma across the county, vacancies across the county — and vacancies in Varina affect the whole school system.

Meghan Hyatt, who grew up in eastern Henrico and worked at a Title I school in the area for a number of years before moving to western Henrico school, said that while each part of the county has children who have experienced trauma, it tends to be more concentrated in high-poverty areas, which can require more time from teachers.

“I think that the narrative gets shifted to the idea that these kids are just harder and people don’t want to work with hard kids, which isn’t the case,” Hyatt said. “It’s just that you’re working with more challenging kids, which takes additional time outside of the normal school hours. It’s not just indicative of Title I.

“But the types of behavior you’re seeing might be more associated with trauma, and those are much deeper behaviors than a kid who just doesn’t want to do their homework.”

At a School Board work session on Thursday, Henrico’s school superintendent, Amy Cashwell, said 400 new teachers will be welcomed to the new teacher academy this week.

“We’re really proud of our human resources and school-based administrative teams who are actively recruiting,” Cashwell said Thursday. “We do have vacancies. We’ve looked at making some shifts.

“We’ve got some permanent substitutes lined up, board subs lined up and looking at making sure we’re leveraging talent within the division to make sure that every student reports to school on the first day with a qualified teacher in the classroom.”

From the archives: 100 photos of Pony Pasture

Kaine also said he plans to seek re-election in 2024 and that he will back President Joe Biden if the president runs again.

Collective bargaining sessions will begin in the middle of September between RPS and the respective units starting with teachers on Sept. 12; instructional assistants on Sept. 19; care and safety on Sept. 20 and food and nutrition on Sept 27.

Henrico County voters will see a four-question bond referendum on their ballots this fall.

With the first day of classes approaching for Henrico County Public Schools students, 95% of instructional positions are staffed with 175 vaca… 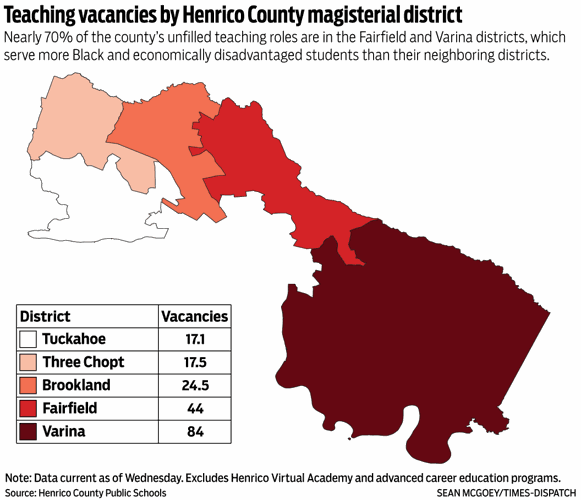 Nearly 70% of the county’s unfilled teaching roles are in the Fairfield and Varina districts, which serve more Black and economically disadvantaged students than their neighboring districts. 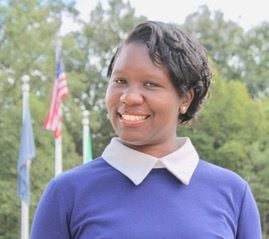 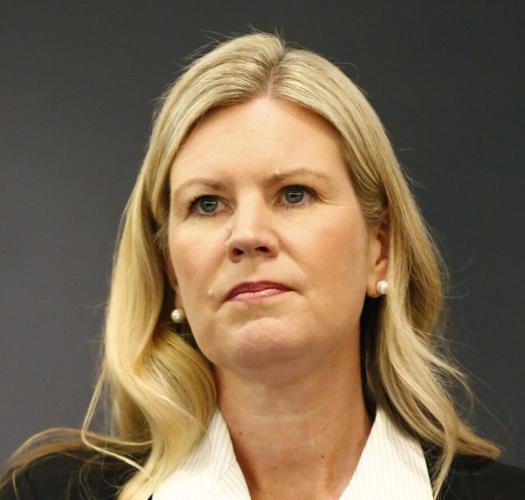