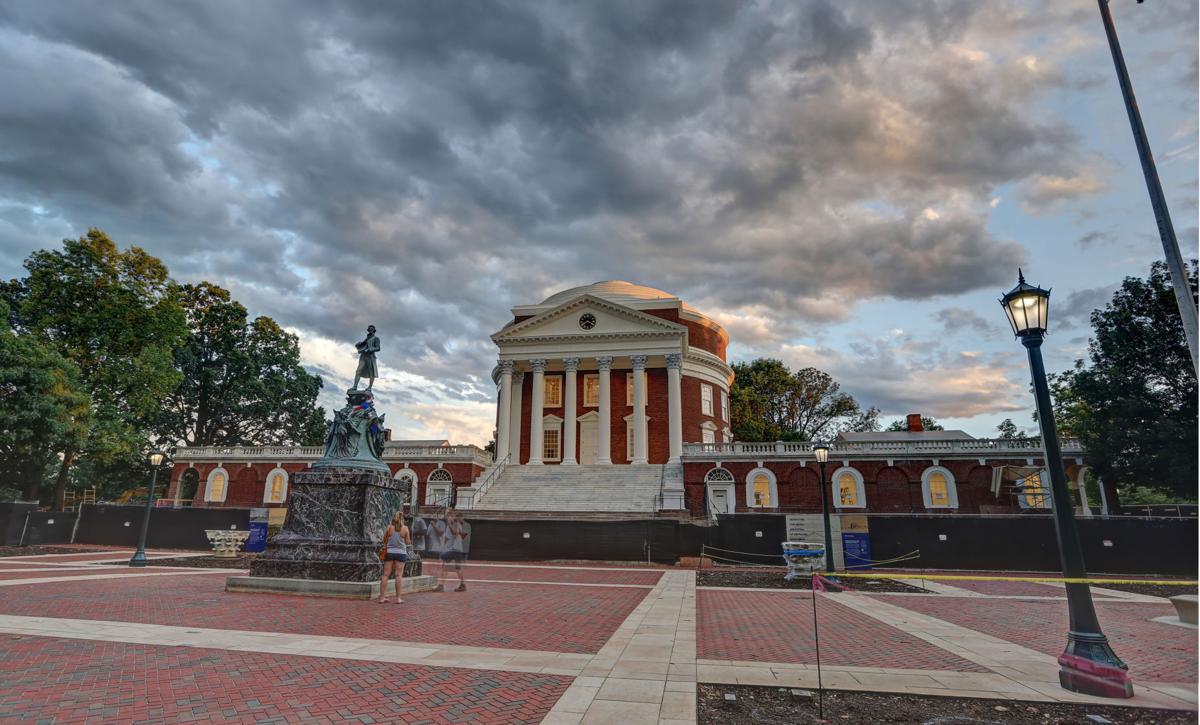 For the third straight year, the University of Virginia in Charlottesville placed No. 4 among public schools ranked by U.S. News & World Report. It came in third nationally in the ranking of best value. One year of tuition costs $14,700.

The University of Virginia and the College of William & Mary rose slightly in the latest ranking of the nation’s top colleges by U.S. News & World Report, which was released Monday.

UVA moved up one spot to 25th nationally, tied with Carnegie Mellon in Pittsburgh. William & Mary ascended one spot to 38th. It’s the second year in a row the two universities have made small gains. Last year, UVA rose two spots, and William & Mary rose one.

U.S. News has ranked colleges throughout the country since 1983, and their rankings often influence schools’ strategic plans.

The rankings come as universities have welcomed students back to campus after a year of teaching classes online. Some universities, such as Virginia Commonwealth University, have kept a number of classes in a remote format to appeal to a broader audience. Others, such as the University of Richmond, have returned to an almost entirely in-person environment.

“Students and faculty continue to feel the impact of the COVID-19 pandemic, whether it’s through remote learning, mask-wearing or vaccine requirements,” said Kim Castro, editor and chief content officer of U.S. News, in a statement.

The top spots on the national list changed little in 2021. Princeton University is No. 1 again, and Columbia University and the Massachusetts Institute of Technology have moved up slightly for a three-way tie with Harvard University for the No. 2 spot.

U.S. News looks at student-to-faculty ratio, alumni giving, graduation rates and other factors as criteria. It also accounts for a university’s perception among other university administrators.

In the ranking of top liberal arts colleges, Washington and Lee University dropped two spots to No. 11. The Lexington private school announced in June that it would keep its name, which honors George Washington and Robert E. Lee. The decision came a year after it began considering a name change.

The University of Richmond is 22nd, the same spot as last year. Hampden-Sydney College is 98th, and Randolph-Macon is 111th.

Among public liberal arts colleges, Virginia Military Institute is fourth, the same spot as last year. Its ranking was not affected by a state investigation that in June concluded VMI tolerated a racist and sexist culture.

UVA came in third nationally among public schools in the ranking of best value. One year of tuition there is $14,700.

VSU is ranked 40th among public regional universities in the South. VUU placed 27th in the ranking of social mobility among liberal arts colleges.

As an infant, Henrico County Manager John Vithoulkas  emigrated from Greece to New York with his parents and two brothers in 1969 to escape a …

For the third straight year, the University of Virginia in Charlottesville placed No. 4 among public schools ranked by U.S. News & World Report. It came in third nationally in the ranking of best value. One year of tuition costs $14,700.