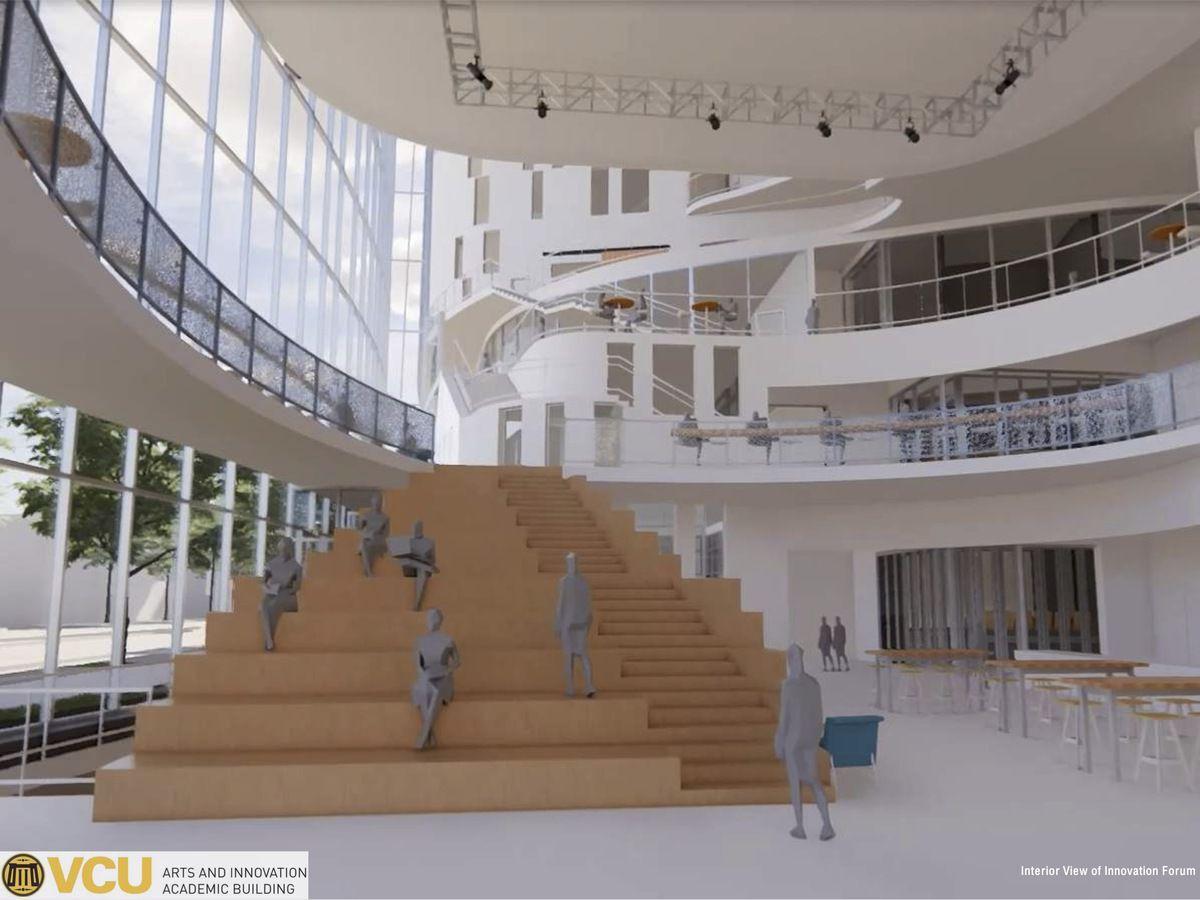 A proposed design for the inside of the new arts and innovation building. 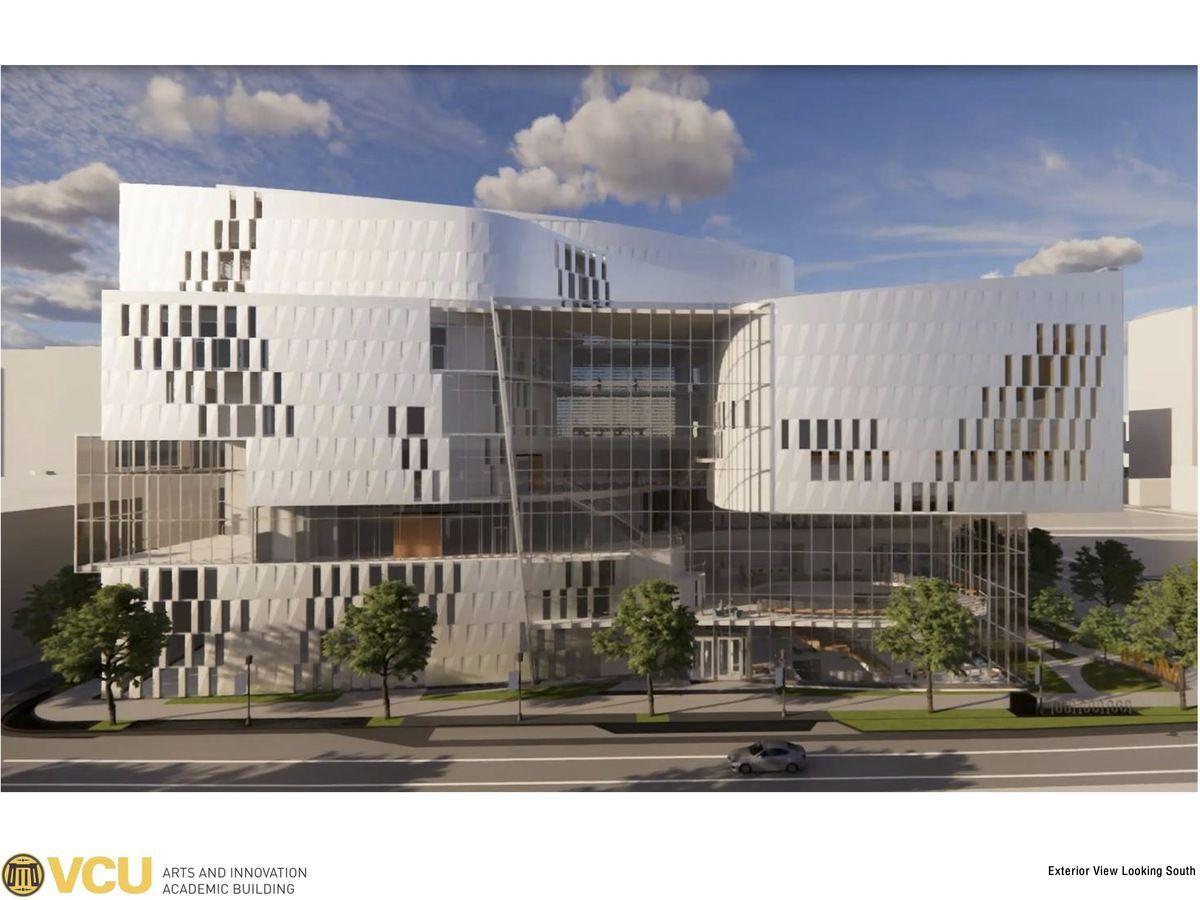 This is a concept image of the arts and innovation building that Virginia Commonwealth University wants to build at the southeast corner of West Broad and North Belvidere streets in downtown Richmond. 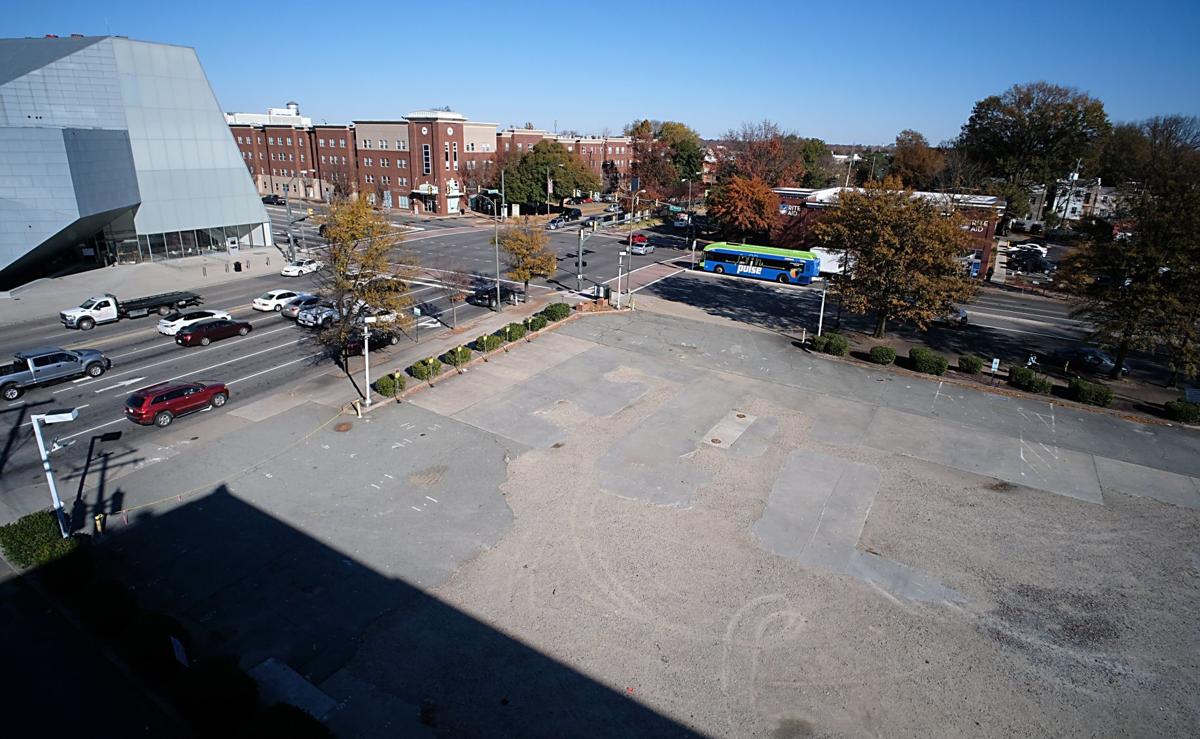 This vacant plot of land at the corner of West Broad and North Belvidere streets used to house a gas station. VCU is working on several building proposals, including putting a $181 million arts and innovation building there.

Virginia Commonwealth University wants to build a $181 million arts and innovation building at the intersection of West Broad and North Belvidere streets, but the state has to approve the project first.

VCU recently released concept images of the building and hosted members of the House Appropriations Committee to the site, which is at the southeast corner of the intersection, across from the Institute for Contemporary Art. The plot of land is vacant and used to house a gas station.

The concept images show a building that would match the ICA across the street. It’s about the same height, and the exterior is a mixture of windows and sleek silver walls. The interior shows a large atrium with a wide staircase. The building’s architect is Boston-based William Rawn Associates.

If completed, the building would bring together the university’s arts and innovation programs under one roof. It would provide a space for students to collaborate with local companies and organizations.

“VCUarts has a long history of collaboration — not only with the university and the city of Richmond, but also in a range of national and international contexts,” said Carmenita Higginbotham, dean of the VCU School of the Arts. “The Arts and Innovation Academic Building will bring students, faculty, creators and innovators together to engage in transformative academic and professional experiences.”

In 2020, VCUarts was ranked No. 2 in the country among public schools for master of fine arts programs by U.S. News and World Report. The university’s innovation gateway funds and mentors students and staff who have developed potential new inventions. In the past 10 years, the program has brought 45 new products to the market and helped its inventors earn $26 million in licensing revenue.

VCU first announced plans for the building in the spring. It is part of a six-year plan that includes more than $1 billion worth of construction. The arts and innovation building is scheduled for the 2022-24 biennium. Gov. Ralph Northam will propose a budget before leaving office that includes university building proposals, and the newly elected General Assembly will vote on it in the 2022 session.

An athletics village is intended near the intersection of Hermitage Road and Robin Hood Road where the Virginia Alcoholic Beverage Control Authority used to be located.

A new Honors College dorm is envisioned across West Grace Street from its current location.

An interdisciplinary academic and lab building has been proposed on Linden Street in the heart of campus, where the student center is currently located, leading to the demolition of the Temple Building and the renovation of Oliver Hall.

The student center would move one block south, where the Temple Building and tennis courts currently stand.

A technology operations center has been proposed for West Broad Street, next to the existing technology administration building.

Williams: Educators have rights, too. Parents and politicians need to get out of the way of learning.

A proposed design for the inside of the new arts and innovation building.

This is a concept image of the arts and innovation building that Virginia Commonwealth University wants to build at the southeast corner of West Broad and North Belvidere streets in downtown Richmond.

This vacant plot of land at the corner of West Broad and North Belvidere streets used to house a gas station. VCU is working on several building proposals, including putting a $181 million arts and innovation building there.