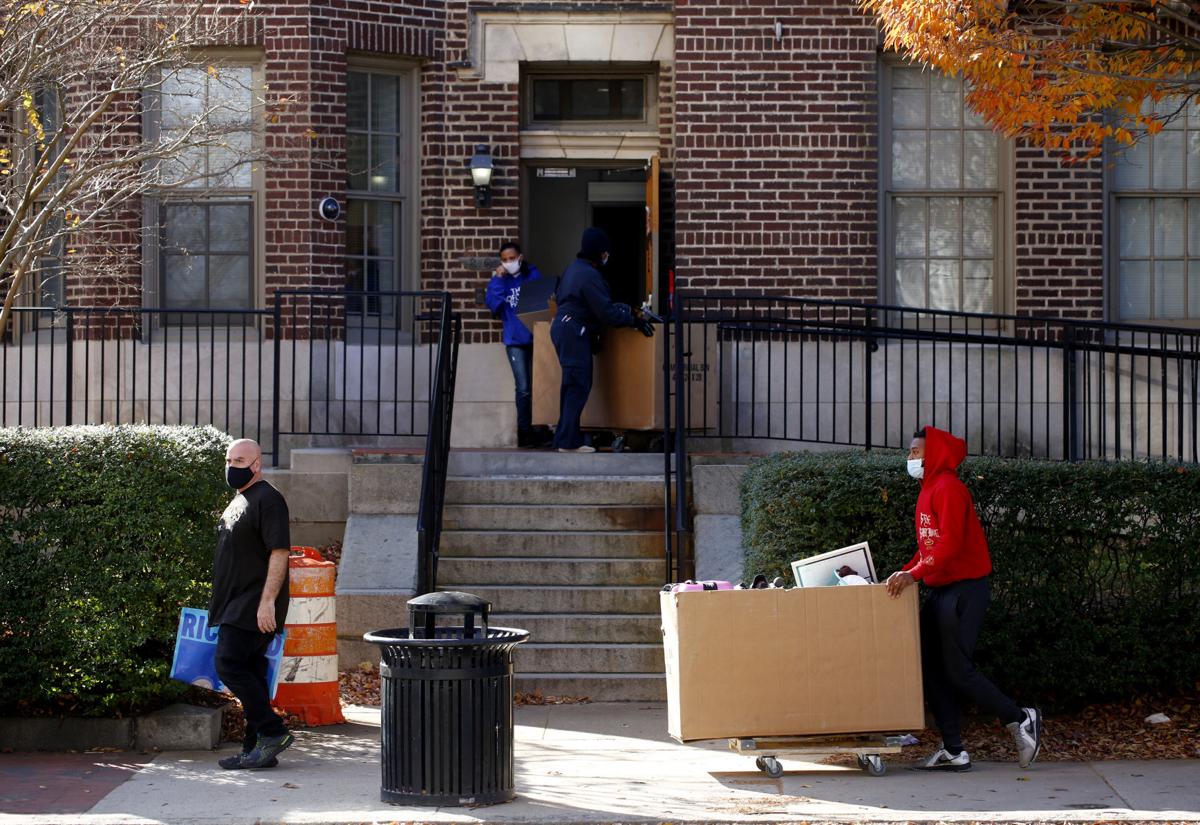 Students on Monday moved out of VCU’s Johnson Hall undergraduate dorm, which is closing temporarily because of elevated levels of mold. 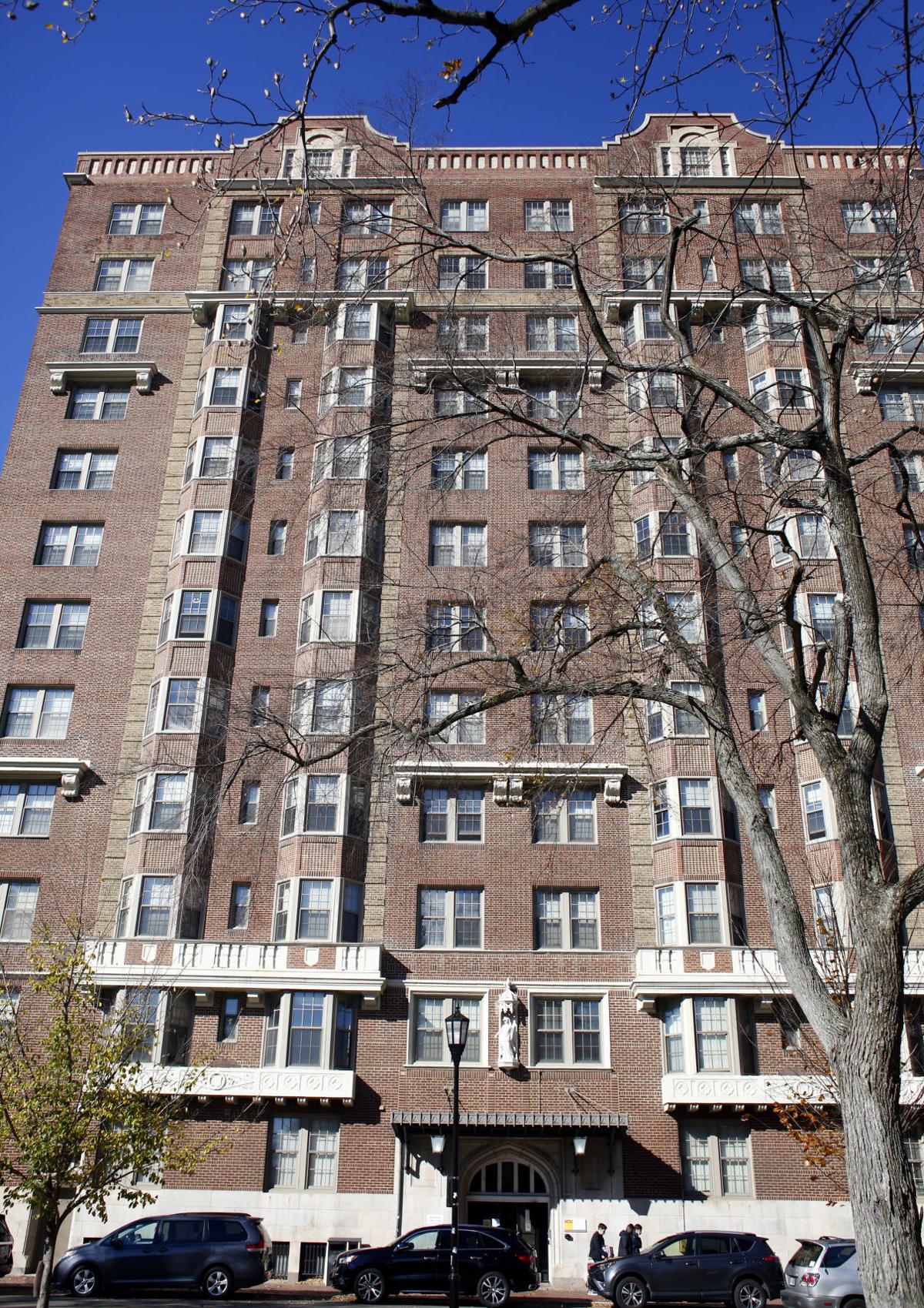 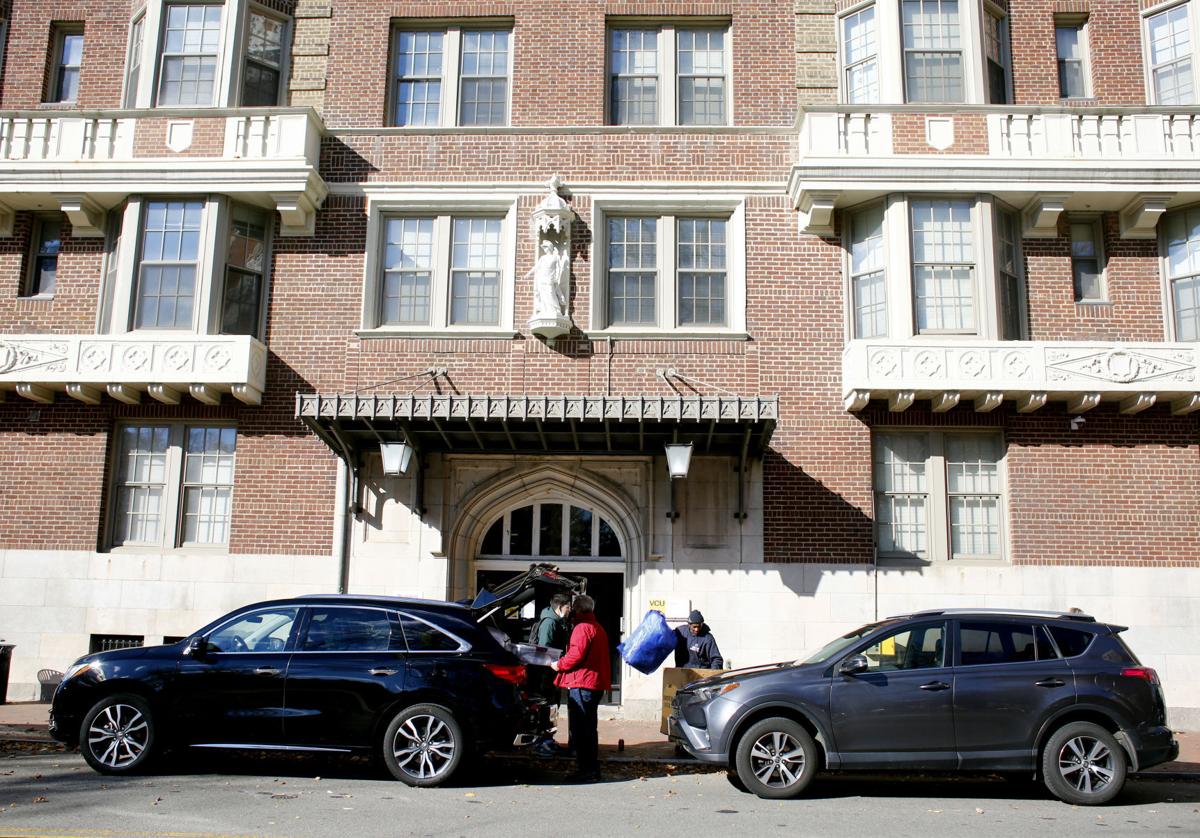 VCU students moved out of the Johnson Hall, a dorm for undergraduate students, in Richmond, Va., Monday, Nov. 29, 2021.

Virginia Commonwealth University has closed a freshman dormitory, displacing 414 students, because of elevated levels of mold found in the 106-year-old building.

VCU closed Johnson Hall, a 12-story building located at the southwest corner of West Franklin and North Laurel streets, the university announced last week. The building will remain shuttered for the remainder of the academic year.

Students were given the option to cancel their housing contracts or be relocated by the university.

“We know this is a difficult and disruptive experience for our students and their families,” Charles Klink, senior vice provost of student affairs, said in a video meeting with students last week.

In late September, students began reporting concerns about humidity, moisture and mold in Johnson Hall. VCU hired an outside contractor to assess air quality in the building. Elevated levels of mold were found in a small percentage of rooms. Affected students were relocated, and dehumidifiers were placed throughout the building.

Little visible mold was discovered in the building, said Michael Cimis, director of environmental health and safety for VCU. But it was detected in the air. In early November, more testing was conducted, and elevated spore counts of Aspergillus/Penicillium were discovered in 18% of the 228 spaces tested. Aspergillus and Penicillium are two of the most common types of mold and resemble each other, according to the State University of New York College of Environmental Science and Forestry. There are hundreds of species of Aspergillus and Penicillium, and not all are associated with illness.

VCU notified students last week that it would close Johnson Hall until the end of the spring semester and that students must move their possessions by Dec. 3. The decision was made “out of an abundance of caution,” according to the university’s web site.

Mold can cause a stuffy nose, sore throat, cough, burning eyes or skin rash, according to the Centers for Disease Control and Prevention. People with asthma can have severe reactions, and immunocompromised people can develop lung infections.

It can grow around leaks in roofs, windows or pipes and can surface on paper, cardboard, ceiling tiles and wood. It can also grow in dust, paint, drywall and fabric.

Some students in the dorm did report respiratory symptoms to student health this semester, but it’s impossible to know if those symptoms were caused by the mold, VCU spokesperson Michael Porter said. Students from across campus have reported respiratory symptoms, and Johnson Hall does not have more than its representative share of the student body.

Students were given the opportunity to cancel their housing contract and move off campus. Those who move out will be charged only for the time they lived in Johnson Hall, and VCU has offered them a credit of either $250 or $500 depending on how much of their contract is canceled.

Of the building’s 414 residents, 72 canceled either their fall contract, spring contract or both. The remaining 342 have accepted new housing assignments, and most have already completed their move, Porter said.

With some coursework now online, some students have the option to stay home and complete the semester online. Faculty will work with affected students, and grants are available for students who need financial help moving their possessions. Final exams begin Dec. 13.

Students who chose to remain on campus are being relocated to other dorms that have vacancy, apartments and a hotel: 8½ Canal Street, The Lofts at Capital Garage, 1200 West Marshall and the Delta Hotels by Marriott Richmond downtown. A shuttle will be provided for students staying at Delta Hotels.

Johnson Hall, which has capacity for 527 students, was built in 1915 as an apartment building. Rent started at $840 per year. Richmond Professional Institute, the precursor to VCU, bought the building in 1964 for $300,000, renamed it for the school’s first dean of students, Margaret Leah Johnson, and used it as a dormitory.

It costs roughly $7,000 to live in Johnson Hall for nine months, according to VCU’s online housing rates.

What does 'endemic' mean?

Students on Monday moved out of VCU’s Johnson Hall undergraduate dorm, which is closing temporarily because of elevated levels of mold.

VCU students moved out of the Johnson Hall, a dorm for undergraduate students, in Richmond, Va., Monday, Nov. 29, 2021.