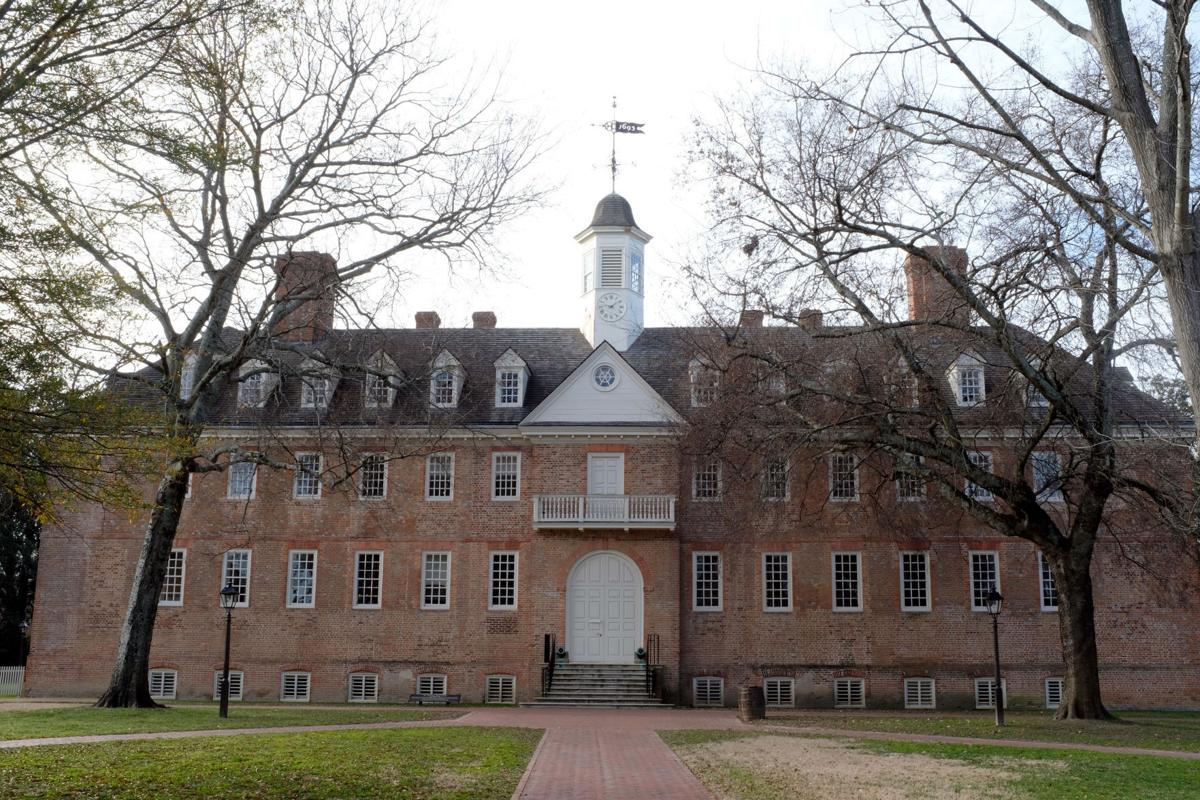 The Wren Building, which opened in 1700, is the signature building at William & Mary. 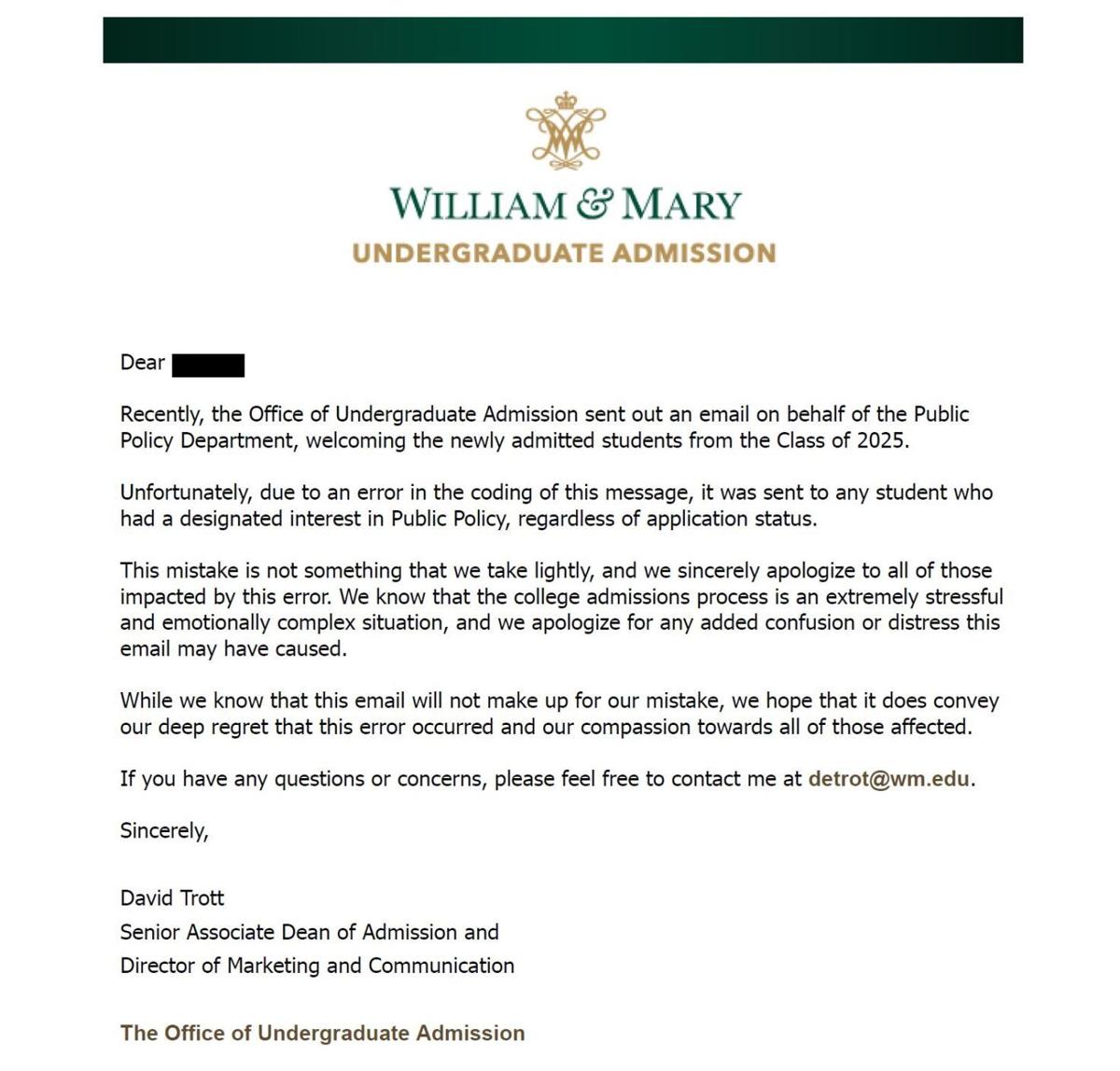 Twenty-four hours after William & Mary realized its error, it sent notifications to the affected students. 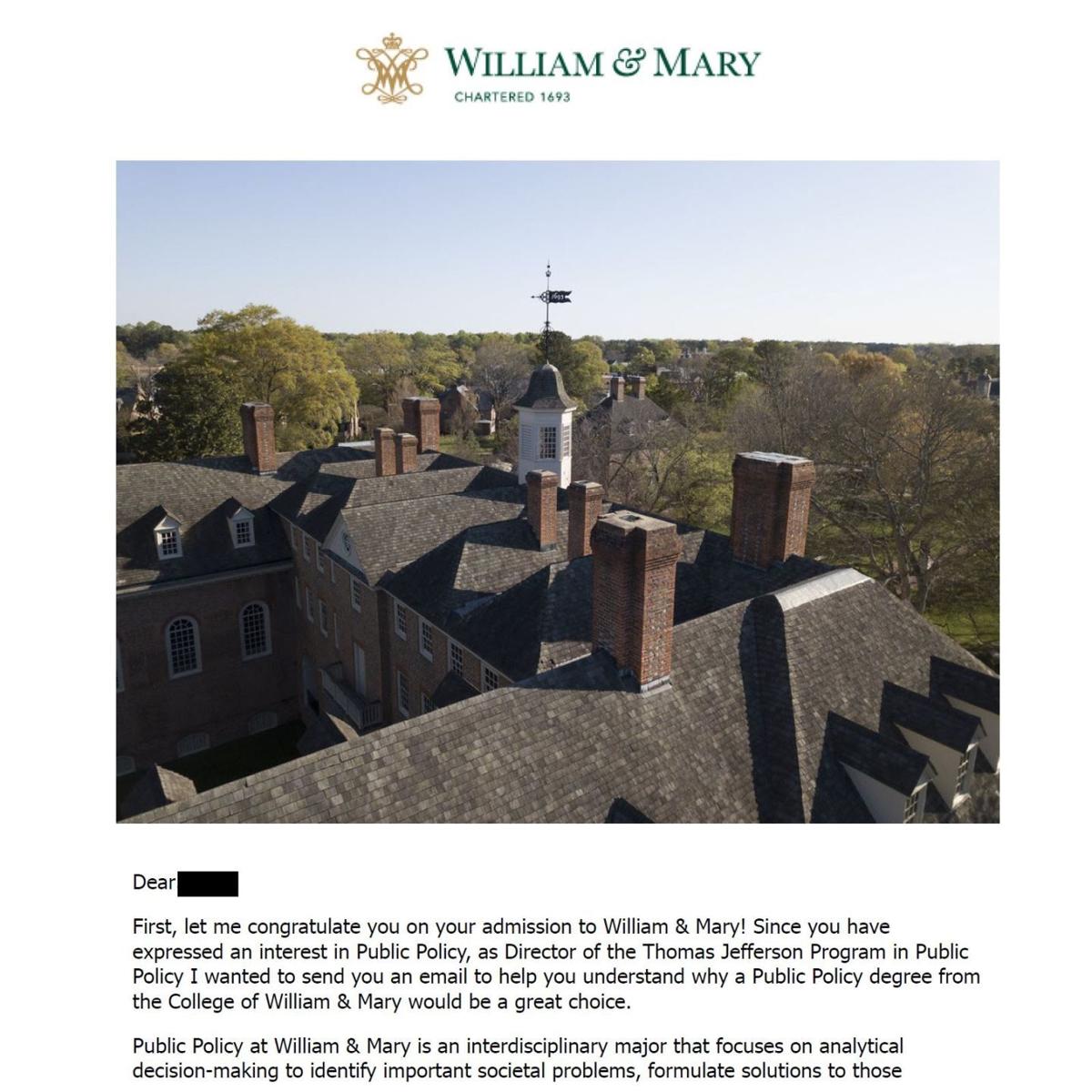 William & Mary sent letters to students who had been denied or wait listed and congratulated them on their acceptance.

On Sunday morning, hundreds of high school students received an email from the College of William & Mary, congratulating them on their acceptance to the prestigious school and recommending public policy as their major.

But the university accidentally sent the email to about 350 applicants who had already been rejected or waitlisted. The next day, the university notified the students and corrected the mistake, which a school spokeswoman called a “process error.”

One 18-year-old applicant had already been waitlisted when she received the email, leading her to think she had been accepted. The student, who asked to remain anonymous because she still hopes to gain admission to the school, said William & Mary didn’t commit a serious infraction.

But it did add another headache to an already difficult application season, in which many prestigious schools have become more competitive than ever.

“First, let me congratulate you on your admission to William & Mary!” the email began.

Soon, congratulatory emails arrived in her inbox. Her decision was nearly made; she would attend William & Mary.

The email had come as a surprise. Two weeks earlier, she had been placed on the school’s waitlist, and she didn’t expect her status to change so quickly.

Checking the school’s online admissions portal, she didn’t see her status change. She contacted her high school counselor, who became suspicious and contacted the university.

A day later, on Monday morning, she received a second email explaining the school’s error.

“This mistake is not something that we take lightly, and we sincerely apologize to all of those impacted by this error,” David Trott, senior associate dean of admission, wrote to the students impacted.

“It was pretty disheartening,” the student said. “I was really excited. William & Mary was one of my top choices.”

She’s glad she didn’t turn away any of her other offers that day.

Applications are flooding into elite universities this year, causing schools to become more competitive than ever, adding to the stress of high school applicants across the country.

William & Mary received 17,400 applications this year, a record number and a 23% increase over last year. The school’s acceptance rate was 42% last year.

Many universities did not require SAT scores on applications this year, which convinced some students to reach for schools they wouldn’t have before. Also, first-year enrollment sank last year, as many students deferred enrollment or took a gap year instead of going to college in a mostly remote environment.

The student applied to 13 schools, was accepted to five and waitlisted at four: William & Mary, the University of Richmond, Notre Dame and the U.S. Military Academy.

She still hopes William & Mary will accept her, but resolution of her status on the waitlist may not come until August, she said. By May 1, she’ll pull the trigger and pick a school.

For now, she hasn’t told her grandparents her acceptance to William & Mary was a mistake.

“I think we’re just going to wait it out,” she said.

For people who support a new George Wythe High School sooner than later, the Richmond School Board picked an inopportune time to flex its musc…

Williams: Elvatrice Belsches wants to 'expand the narrative' on educator Virginia Randolph, whose influence was international

Randolph-Macon joins 300 other universities that say they will require COVID vaccines.

Virginia's public colleges have the authority to mandate vaccines among students, the attorney general said in an opinion Monday.

William & Mary will now honor the school’s first Black student, a man who studied LGBTQ traditions and a descendent of a U.S. president on two buildings and a department.

As Chesterfield County’s school system encourages its students to return to the classroom in the fall, the district is offering two virtual op…

The Wren Building, which opened in 1700, is the signature building at William & Mary.

Twenty-four hours after William & Mary realized its error, it sent notifications to the affected students.

William & Mary sent letters to students who had been denied or wait listed and congratulated them on their acceptance.