Former aide: Trump was told protesters had weapons on Jan. 6 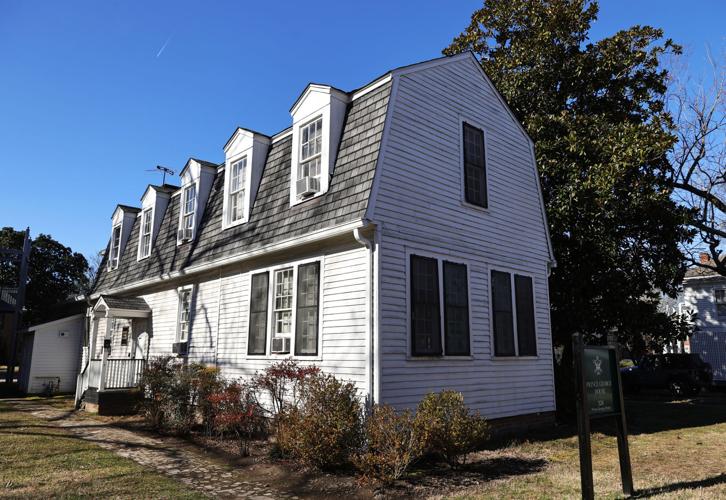 This 260-year-old building once housed the Bray School. The College of William & Mary has sold it to Colonial Williamsburg. 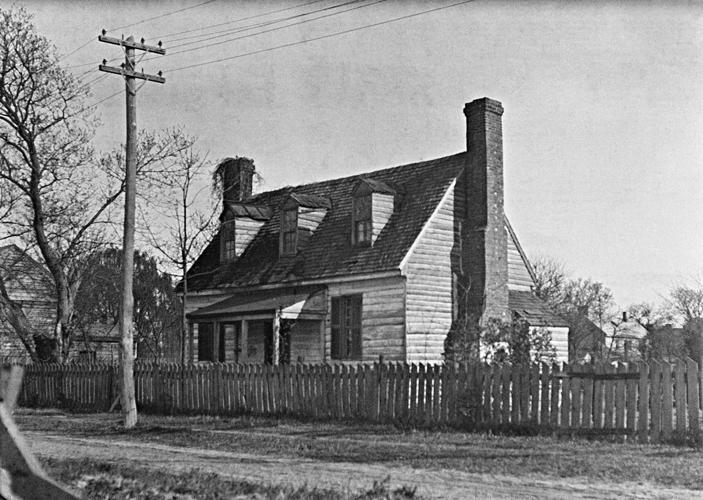 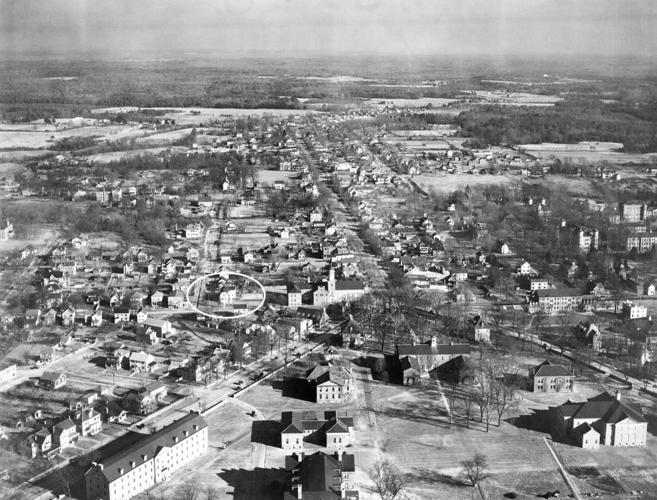 An aerial view of Williamsburg in 1928 looks east from the College of William & Mary. The Bray School (circled) was begun by Thomas Bray, an English clergyman who started a philanthropic group to educate Black people about religion.

The College of William & Mary has sold a 260-year-old building that once held a school for free and enslaved Black children known as the Bray School to Colonial Williamsburg.

The historical foundation will spend the next year dismantling the building’s wings, which were added in the 1920s. It will transport the original structure late next year to a new location a few blocks to the southeast. Then it will restore the building at its new site, which is expected to take until 2024.

The university and the foundation will collaborate to study and interpret the building and how race historically impacted education and religion.

“This partnership between William & Mary and Colonial Williamsburg promises to transform our nation’s understanding of the intertwined histories of race, slavery, education and religion in America,” said university President Katherine Rowe in a statement.

In the 1700s, a philanthropic group that was started by English clergyman Thomas Bray opened schools in the colonies designed to teach Black children, both freed and enslaved. Ben Franklin suggested one of the locations — Williamsburg. There, the students were taught to read, understand Christianity and perhaps write. They also were encouraged to embrace their lot in life as slaves.

The school opened in 1760 at the intersection of Prince George Street and North Boundary Street. It closed in 1774 when its teacher, Ann Wager, died.

Between 1921 and 1928, the triangular gable roof was widened to a gambrel style, resembling a barn. Additions were built on either end, changing the footprint from a rectangle to an L shape.

William & Mary purchased the building in 1930. Shortly after, the university lifted it onto a flatbed truck and moved it less than one block to the west. The university used the building as a residence and later as the home of its military science department. Over the years, its name changed several times. Most recently, it was known as Prince George House because it stands on Prince George Street.

By the 1970s, its history had been forgotten. An inventory of university buildings at the time listed its construction date as 1915.

The building’s original use may never have been realized if not for Terry Meyers, a retired English professor who in 2003 realized the Bray School was hiding in plain site. Almost two decades later, in 2020, researchers confirmed Meyers’ theory by dating the wood of the foundation.

Now they believe it to be the oldest building still standing in the Northern Hemisphere used for educating Black children.

A grant from the Gladys and Franklin Clark Foundation will fund a portion of the restoration, transportation and interpretation. A donation from Steve and Gale Kohlhagen helped create the William & Mary Bray School Lab, which will document the school’s history in an effort to understand its legacy. Students, faculty and collaborators will staff the lab. Maureen Elgersman Lee, a William & Mary professor, will direct the lab.

The lab is the latest piece of The Lemon Project, a yearslong effort by the university to rectify acts of racism committed by William & Mary, such as renaming buildings that honor Confederate soldiers and supporters and planning a 45-foot memorial to the enslaved to be built on campus.

“This important work will expand our understanding of 18th-Century America and add to our body of knowledge about this important time in our nation’s history,” said Cliff Fleet, president and CEO of Colonial Williamsburg, in a statement.

The building’s new location will be the northwest corner of Francis and South Nassau streets, where a patch of grass currently stands near a parking lot. It will become the 89th original building in Colonial Williamsburg and the first addition since the 1960s.

After its restoration, Colonial Williamsburg will use the building as part of its public history programming.

Restoration of Williamsburg school thought to be oldest in U.S. for Black children gets $5 million grant

The money will go toward reconfiguring the building to its original form, moving it five blocks down the street, opening it as a historical site, studying it and creating educational programs.

In 1760, a Williamsburg school taught Black children to accept slavery. Colonial Williamsburg has plans for the site now.

WILLIAMSBURG — Beginning in 1760, two dozen or so enslaved and free Black children attended school each day in a small, two-story cottage in W…

This 260-year-old building once housed the Bray School. The College of William & Mary has sold it to Colonial Williamsburg.

An aerial view of Williamsburg in 1928 looks east from the College of William & Mary. The Bray School (circled) was begun by Thomas Bray, an English clergyman who started a philanthropic group to educate Black people about religion.