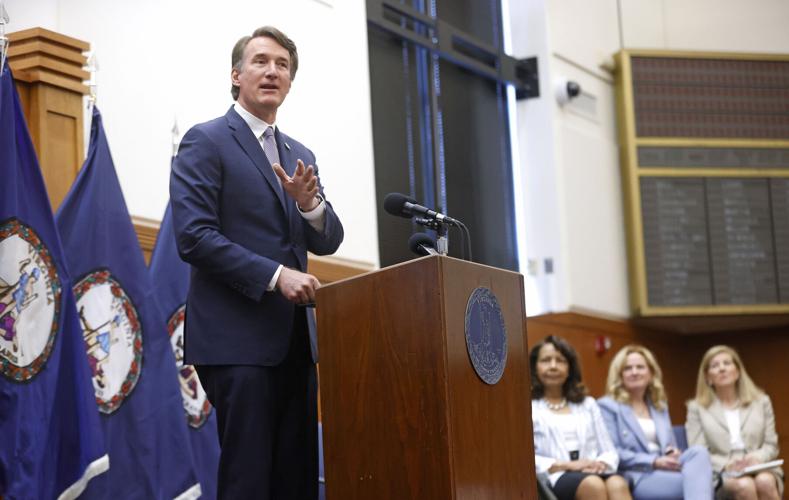 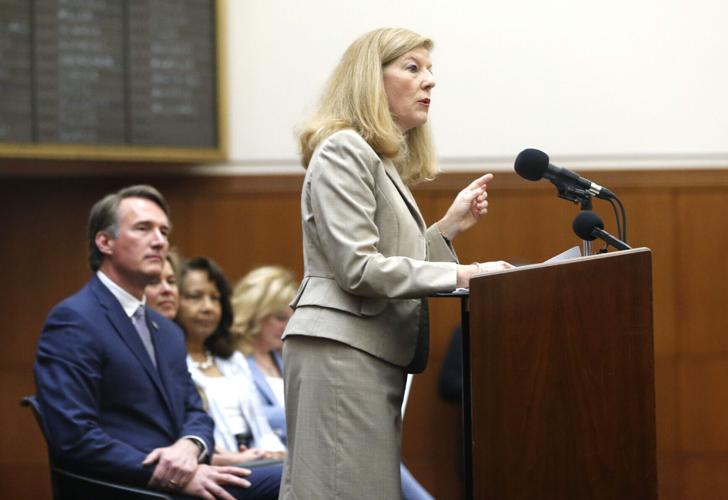 Virginia Secretary of Education Aimee Guidera spoke at the Patrick Henry Building in Richmond in May as Gov. Glenn Youngkin (left) looked on. 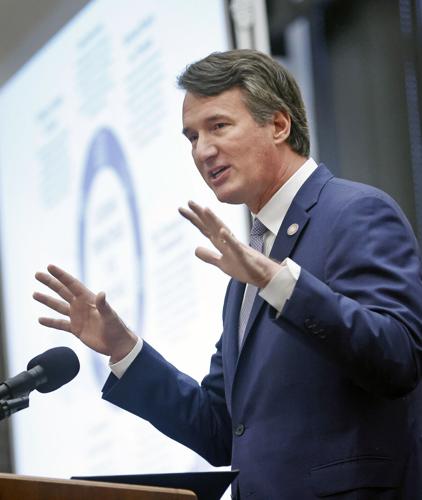 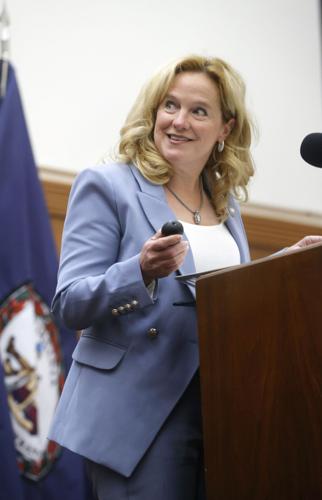 Jillian Balow is superintendent of public instruction for Virginia. 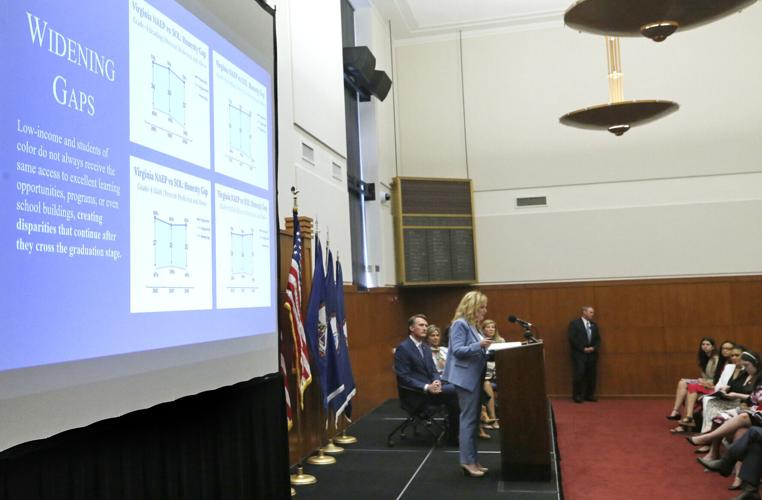 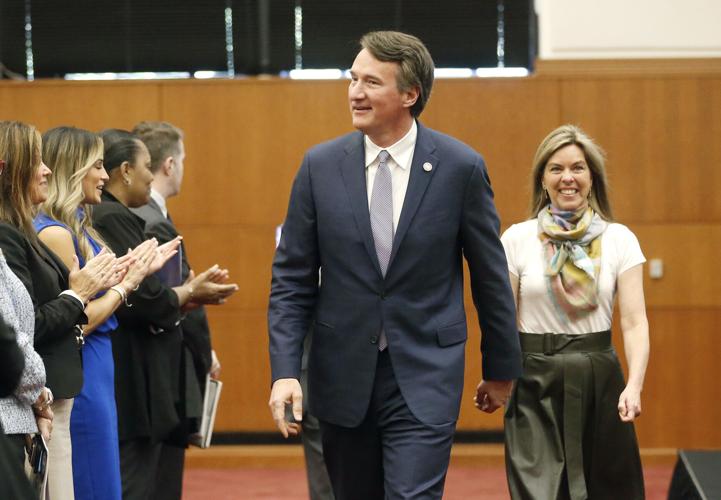 Virginia’s K-12 school performance is backsliding due to reduced expectations for students and schools and a lack of transparency, resulting in widening achievement gaps, according to a critical new assessment from Virginia’s superintendent of public instruction.

The report finds that Virginia’s public school closures during COVID-19 exacerbated existing declines in student achievement, with the most “devastating” learning loss affecting Black and Hispanic students and students living in poverty.

The report says Virginia must arrest and reverse an “alarming trajectory” in reading and literacy, mathematics and in preparedness for kindergarten.

“This report should create a sense of urgency and importance for all of us,” Superintendent of Public Instruction Jillian Balow says in the report’s foreword, addressed to Gov. Glenn Youngkin and Secretary of Education Aimee Rogstad Guidera.

“Decisions made at the state level created confusion in Virginia education and downplayed troubling trends. It is noteworthy that the rhetorical emphasis on equity coincided with the widened gaps in student achievement. And now, decisions at the state level must correct those errors and reverse these disturbing trends.”

Speaking of the report Thursday, Youngkin said: “Today is a moment in time for all of us to recognize we must change direction. We are not serving all of Virginia’s children and we must.”

He added: “The significant lowering of expectations, the lack of transparency with data, the weak accountability for these results, that all ends today.”

Balow and Youngkin attributed the state’s widened achievement gaps to the fact that some students were “prohibited” from in-person learning for an extended period during the pandemic.

“I think what we’ve seen over the course of the last two years is that the extended closure of our schools to in-person learning well beyond anything that was necessary, has had a detrimental effect on our children and a lasting impact on our children and we are seeing it show up in multiple ways,” Youngkin said.

Youngkin added that students must be in school five days a week.

Democrats accused the administration of selectively choosing data and failing to provide context with the numbers.

“This report seeks to do only one thing: create distrust for our public schools,” said Del. Charniele Herring, D-Alexandria, chair of the House Democratic Caucus.

“Just because he hasn’t been paying attention doesn’t mean that there has been a lack of transparency in reporting — the problems he highlighted are the same problems that Democrats are fighting to fix.

“Using data from the last five years, two of which were spent dealing with a global pandemic, tells an incomplete story of Virginia’s schools and we will not quietly stand by and watch this governor lay the groundwork for tearing down our education system.”

“To accuse Virginia’s education system of failure is an outright lie, supported by cherry-picked data and warped perspective,” Saslaw said.

“For all the talk of leading with data, the report displays a shocking lack of commitment to best practices when it comes to analysis — using anomaly years to assert trends, highlighting analysis from more than seven years ago when current data is available, and ignoring critical variables like years when our state test standards and formats changed,” Fedderman said in a statement.

The report barely mentions the most worrying achievement gap trends, Fedderman said, including English Language Learners. Students with disabilities were also not part of Thursday’s report.

Youngkin called for the report in an executive order he signed Jan. 15, the day he was inaugurated. In that same executive order the new Republican governor also called for “ending the use of inherently divisive concepts” in Virginia’s K-12 public education.

The report asserts that during the term of Youngkin’s predecessor, Democrat Ralph Northam, Virginia education officials lowered expectations. For example, it says that the State Board of Education changed accreditation requirements in 2017 “to de-emphasize grade-level proficiency in reading and math.”

For instance, it says just 38% of Virginia fourth-graders and 33% of eighth-graders were proficient in reading on the 2019 National Assessment of Educational Progress, compared with 75% and 76%, respectively, on the 2019 state fourth- and eighth-grade SOL reading tests.

It says this differentiation in performance between state and national assessments, which it calls the “honesty gap,” is wider for Black and brown students.

The report says that reading SOL test scores in grades 3 through 8 declined every year from 2017 to 2019, before the pandemic’s onset in 2020.

It says that in the fall of 2021, 42% of Virginia’s second graders scored below the reading benchmark on the Phonological Awareness Literacy Screening, called PALS.

“The bottom line is that we in fact see proficiency in our students that is so far below what is on an absolute basis acceptable,” Youngkin said Thursday.

In the 2018-2019 academic year, Petersburg third graders had the second-lowest passing rate for the reading state accountability test, surpassing Richmond by less than a single percentage point, according to United Way of Greater Richmond & Petersburg. The Petersburg division, which maintained a fully virtual learning environment until March 2021, has faced years of bare-bones funding, despite students being among the lowest-performing in the state.

In a statement Youngkin’s office released, Maria Pitre-Martin, superintendent of Petersburg City Public Schools said: “While Petersburg is just miles away from Richmond, sometimes we feel like we are a world away given our challenges as a school division and community. I am grateful that the commitments made by state officials and the VDOE will shine a light on our students who do not always have the same access to opportunities in school as other students in Virginia.”

The report also cites a 90% increase in students leaving Virginia’s public schools for homeschooling between 2019-2020 to 2020-2021. Additionally, it says 5,828 students have transferred from Virginia public schools to in-state private schools since the beginning of the 2020-2021 school year. Those numbers could be attributable, at least in part, to public school closures during the pandemic.

Youngkin announced that the education department will execute personalized learning plans for every struggling student. The plans will create a partnership between parents and teachers.

Youngkin also has made a push for “innovation” in education, calling for the establishment of 20 new nontraditional lab schools. One of the unresolved issues still before the legislature is the degree of seed funding for such schools.

The report says the administration will reestablish high expectations for students and schools. Among proposed steps, it says “a bipartisan study group of stakeholders and assessment experts” will help develop recommendations for the General Assembly by the fall of 2023, ahead of the January 2024 session. All 40 Senate seats and all 100 House seats are up for election in November 2023. 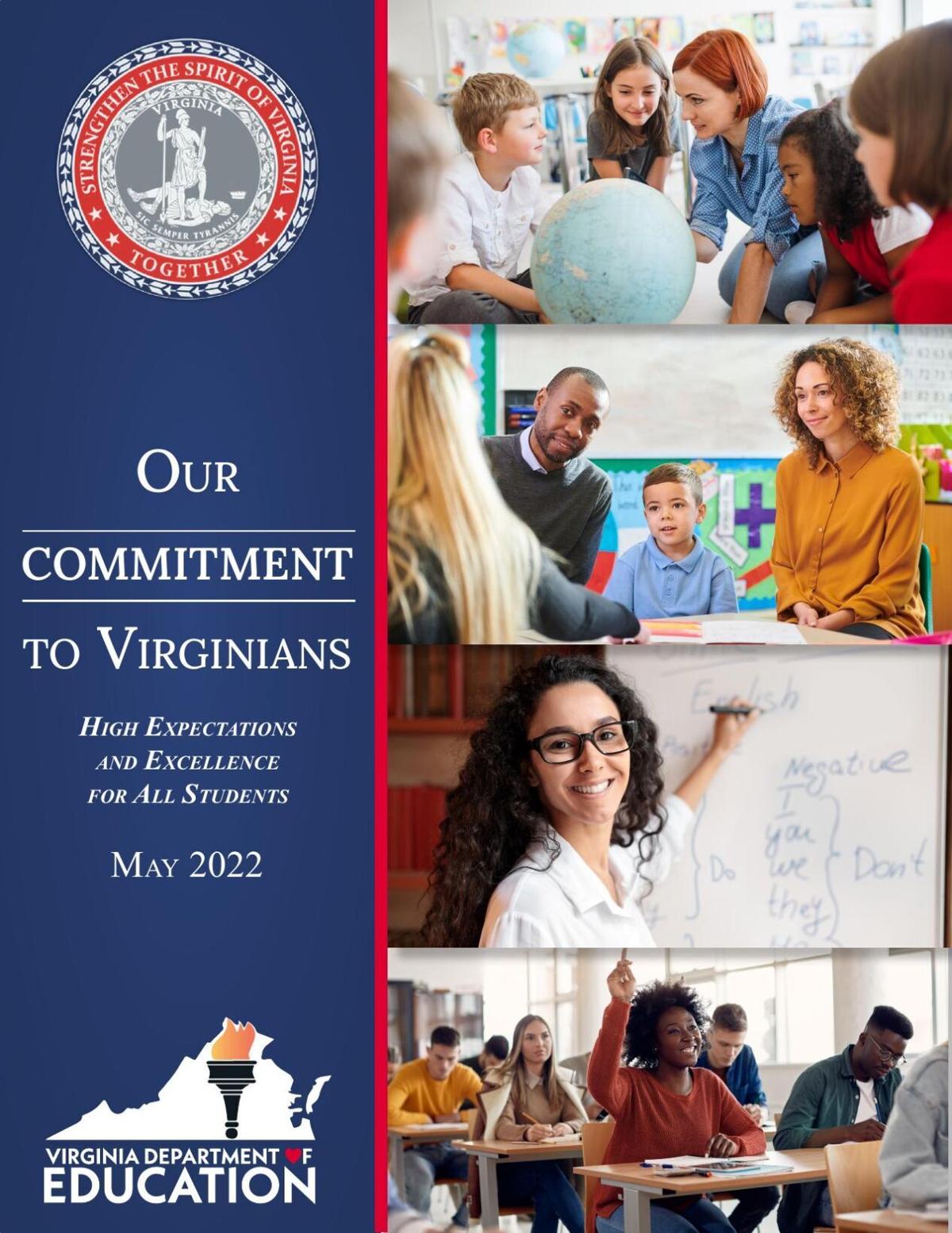 In an interim report in February, Youngkin’s new education department said it had scrapped dozens of resources for schools aimed at promoting diversity and equity, calling them divisive and at times discriminatory.

The Jan. 15 executive order said Balow was to provide a report to Youngkin and Guidera within 30 days on “any policies, programs, training, or curricula that falls within the definition of inherently divisive concepts.” It said Balow was to follow up within 90 days and “identify any necessary executive and legislative actions needed to end use of all inherently divisive concepts in public education.”

Youngkin said Thursday that the interim report and the new report covered that ground and no final report is coming on “divisive concepts.”

The governor reiterated that “we will teach all of our history — the good and the bad.”

He also said: “We shouldn’t be teaching our children to be judgmental,” adding: “We need to be teaching Virginia’s students how to think, not what to think.”

Youngkin said the state will provide training on facilitating “tough” and “age-appropriate” classroom discussions on “uncomfortable” topics “with civility, with grace and without judgment.”

Former Gov. Doug Wilder attended the news conference and spoke in support of the Youngkin initiatives.

Virginia Secretary of Education Aimee Guidera spoke at the Patrick Henry Building in Richmond in May as Gov. Glenn Youngkin (left) looked on.

Jillian Balow is superintendent of public instruction for Virginia. 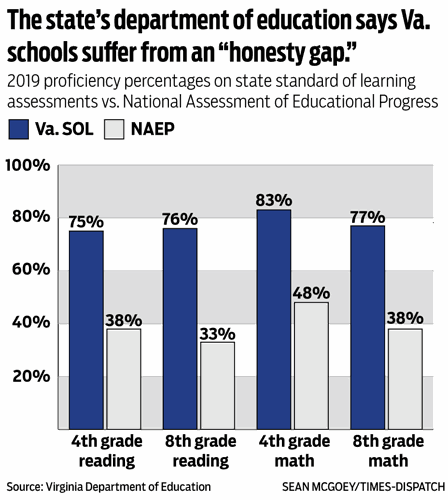 Virginia's education department says the state's schools suffer from an "honesty gap," pointing to the fact that Virginia students' performance on the National Assessment of Educational Progress — an evaluation also referred to as "The Nation's Report Card" — lags behind their scores on state-level assessments. 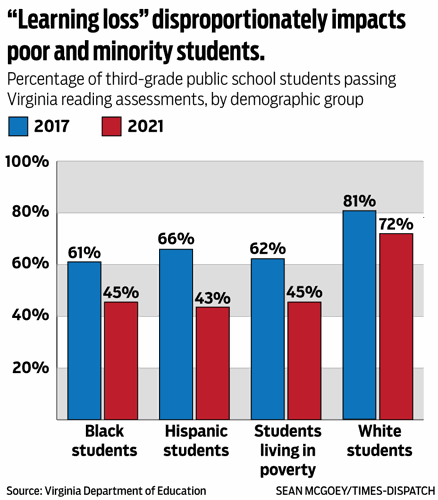 “Learning loss” during the COVID-19 pandemic has had significant impact on learning outcomes across the board, according to a new report by the Virginia Department of Education, but the effects have been even more profound among Black, Latino and economically disadvantaged students. 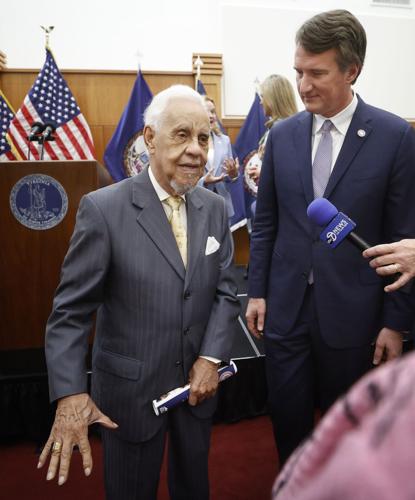 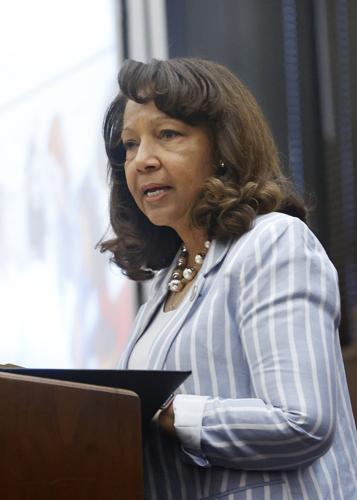