'You've changed the world': Longtime Overby-Sheppard teacher is celebrated at surprise gathering
0 Comments
Share this
1 of 3 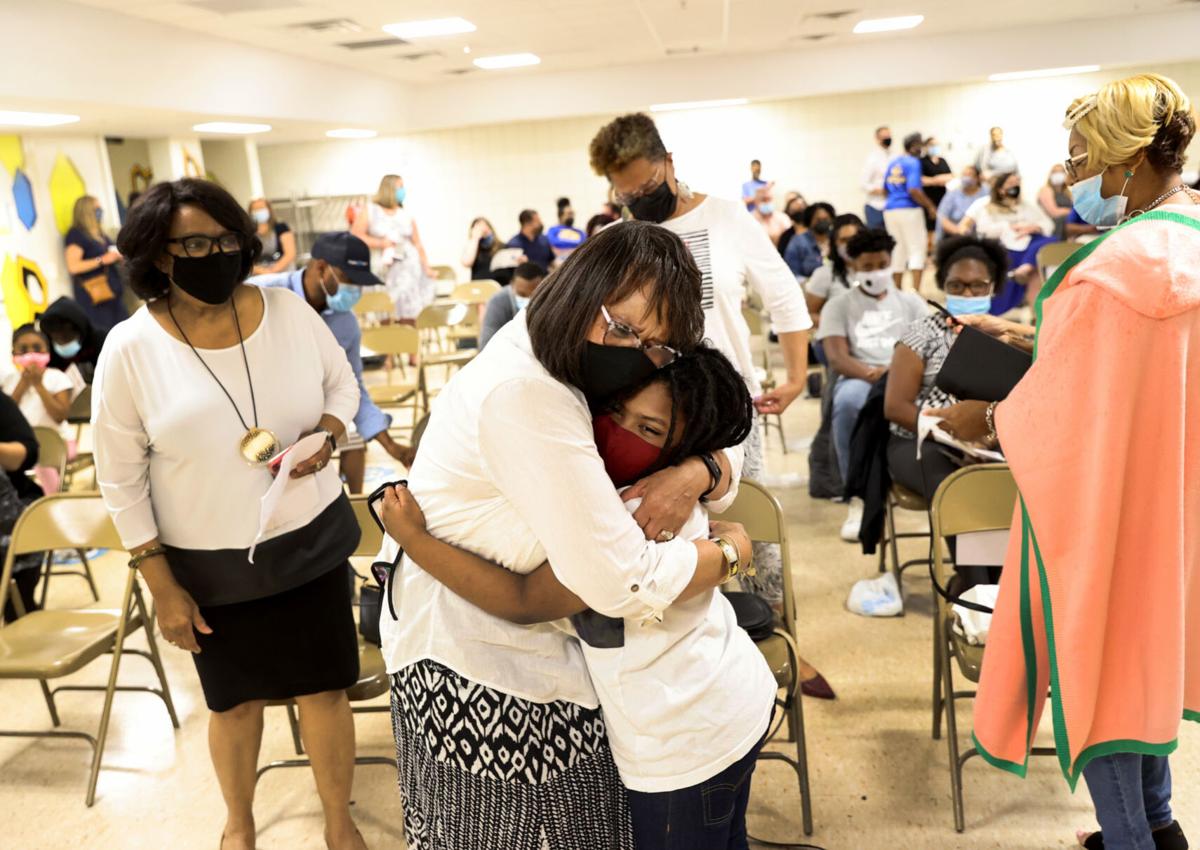 Rita Jane Robinson, center left, hugs her former student, Na'Kai Smith, as she walks into her surprise retirement party at Overby-Sheppard Elementary School in Richmond, Va., on Wednesday, June 9, 2021. Robinson is retiring after 44 years as a teacher. 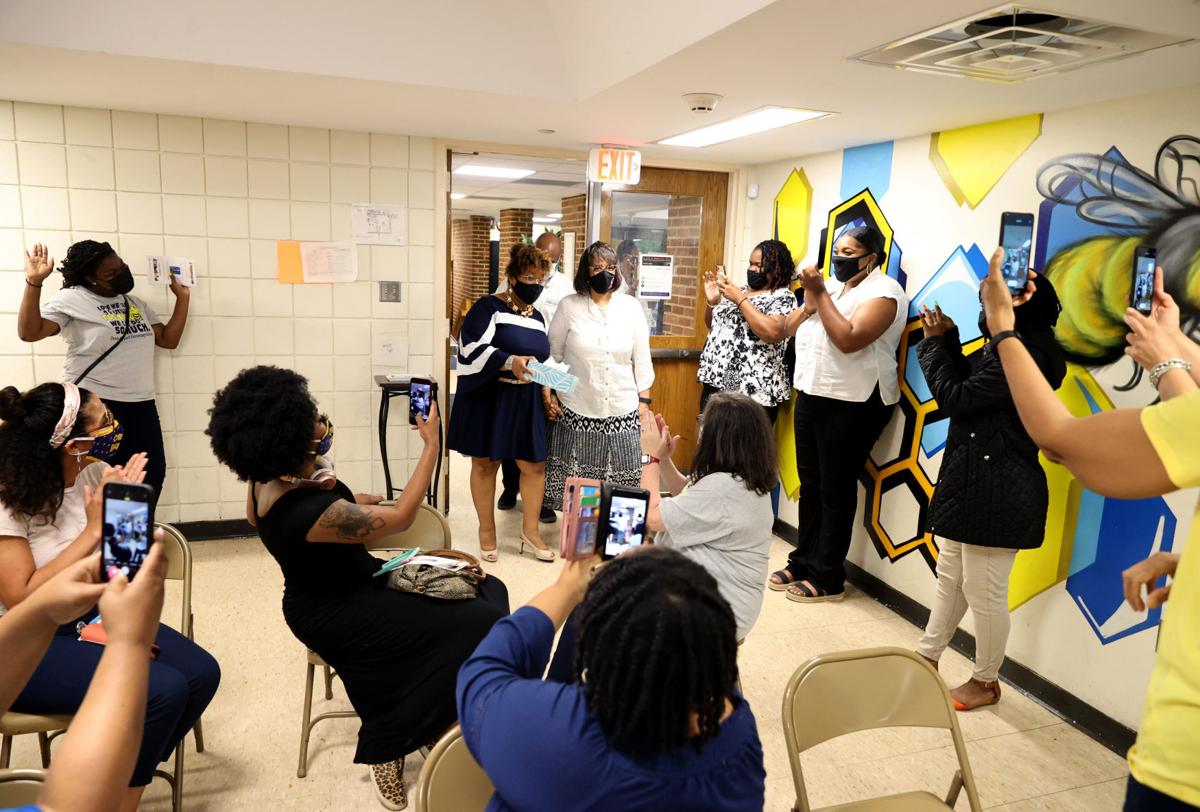 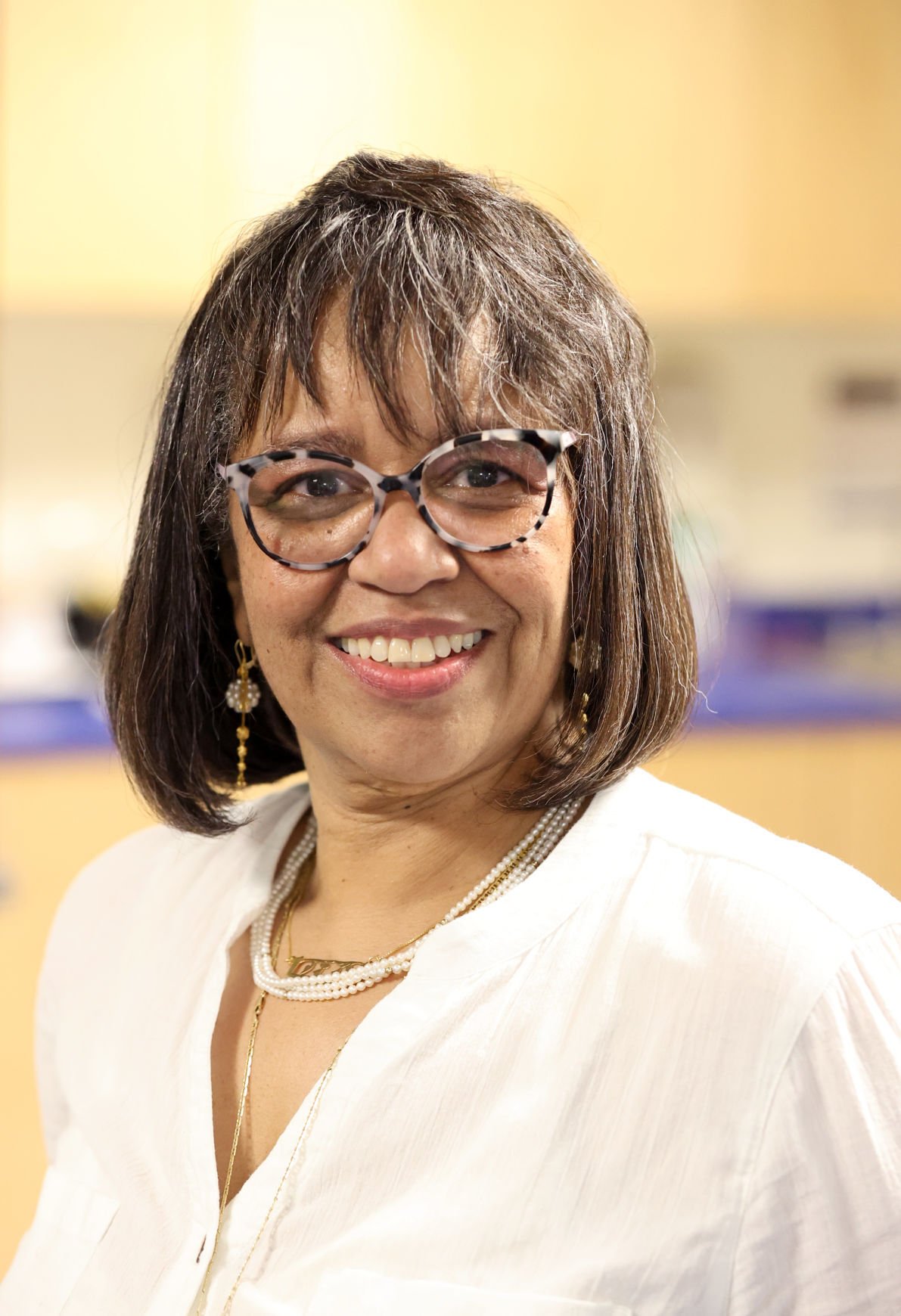 Rita Jane Robinson is retiring after 44 years as a teacher.

When Rita Jane Robinson was just a little girl, she remembers playing with dolls and knowing she wanted to mentor kids. She also recalls being inspired by her first-grade teacher.

Teaching is the only job she ever wanted, and it’s the only one she has ever had.

The first-grade teacher at Richmond’s Overby-Sheppard Elementary School has taught for nearly half a century, but she will soon get the chance to rest. At the end of this school year, she will retire after 44 years.

The things she’ll miss the most?

“The children. The love,” she said.

“I like to be the one to build the foundation,” she said of her choice to teach in first grade.

On Wednesday, almost 100 people gathered in the cafeteria of her North Side school to celebrate a teaching career that has influenced generations of Richmond children.

Those who spoke at the surprise gathering described Robinson as a “peacekeeper” who was adamant about keeping order, but someone who made sure her students knew they were loved at the same time.

“Sometimes, I wish I could rewind time and visit her class again,” said Carmen Taylor, a second-grader who was a student of Robinson’s last year.

Carmen recalled when Robinson encouraged her to enter a poetry contest. She ended up winning first place, but said if not for her teacher, she wouldn’t have taken the opportunity.

“She inspired me to do my very best, and she made learning fun,” Carmen said. “If you were in her class, it would never, ever be boring. ... And that’s why Miss Robinson is so important to me, and one of my favorite teachers ever.”

Monica Harris, a Richmond Public Schools alumnus who now has children of her own in the school system, agreed.

“It’s a coincidence that she taught me in first grade and also my tap-dancing class,” Harris said. “Years later, she taught my son, Finesse.”

Forty-three of the 44 years Robinson taught were at Overby-Sheppard, so she knew the “Overby-Sheppard way” like the back of her hand — and she was always sure to inform new principals of such.

One of the school’s traditions is to wear khaki pants and blue or white shirts, in uniform fashion. When Principal Shayla Holeman came to the school in 2019, she was told by Robinson that “we do uniforms at Overby.”

While the uniforms were optional, Holeman said, it was clear which students had been taught by Robinson, because they would wear uniforms as long as they attended the school.

“All the time you can look at fifth-graders who were still wearing uniforms, and those were the kids who had her,” Holeman said with a laugh.

At Wednesday’s gathering, in between stories that induced laughter and tears, many encouraged Robinson to rest. Cheryl Burke, chairwoman of the Richmond School Board, told Robinson that she likely wouldn’t be gone for long.

“I know you’re not gone completely, because we’re going to do that, it’s in our blood,” said Burke, a 38-year educator in RPS who befriended Robinson. “We try, but after we get some good sleep ... let her rest for about three months. ... We need all the support we can get.”

School Board member Shonda Harris-Muhammed, who represents the 6th District in which Overby-Sheppard resides, also encouraged Robinson to get some rest.

“You’ve changed the world because every child that pitty-pattered into your classroom left knowing they were loved,” Harris-Muhammed, also a veteran educator, said to Robinson.

At the end of the event, Holeman announced that when Overby-Sheppard’s media center reopens after being worked on, it will be named the R.J. Robinson Media Center.

Rita Jane Robinson, center left, hugs her former student, Na'Kai Smith, as she walks into her surprise retirement party at Overby-Sheppard Elementary School in Richmond, Va., on Wednesday, June 9, 2021. Robinson is retiring after 44 years as a teacher.

Rita Jane Robinson is retiring after 44 years as a teacher.