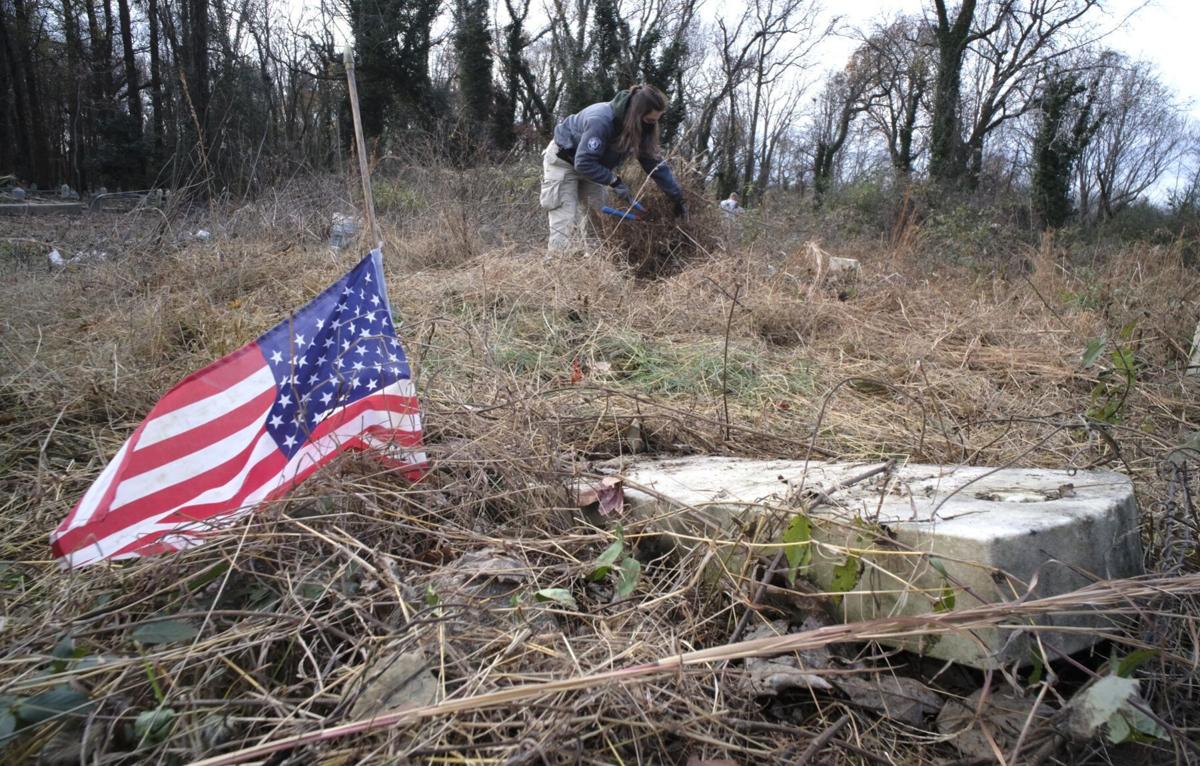 Sophia Farchione, 23, from Syracuse, NY, the Team Leader for the AmeriCorps NCCC crew joins in cleaning up Evergreen Cemetery in the east end of Richmond, VA Tuesday, Dec. 1, 2020. In the foreground, the toppled tombstone of WWI Vet George Allen Johnson (1889-1947) rests beside an American flag that appears to be at half-staff. 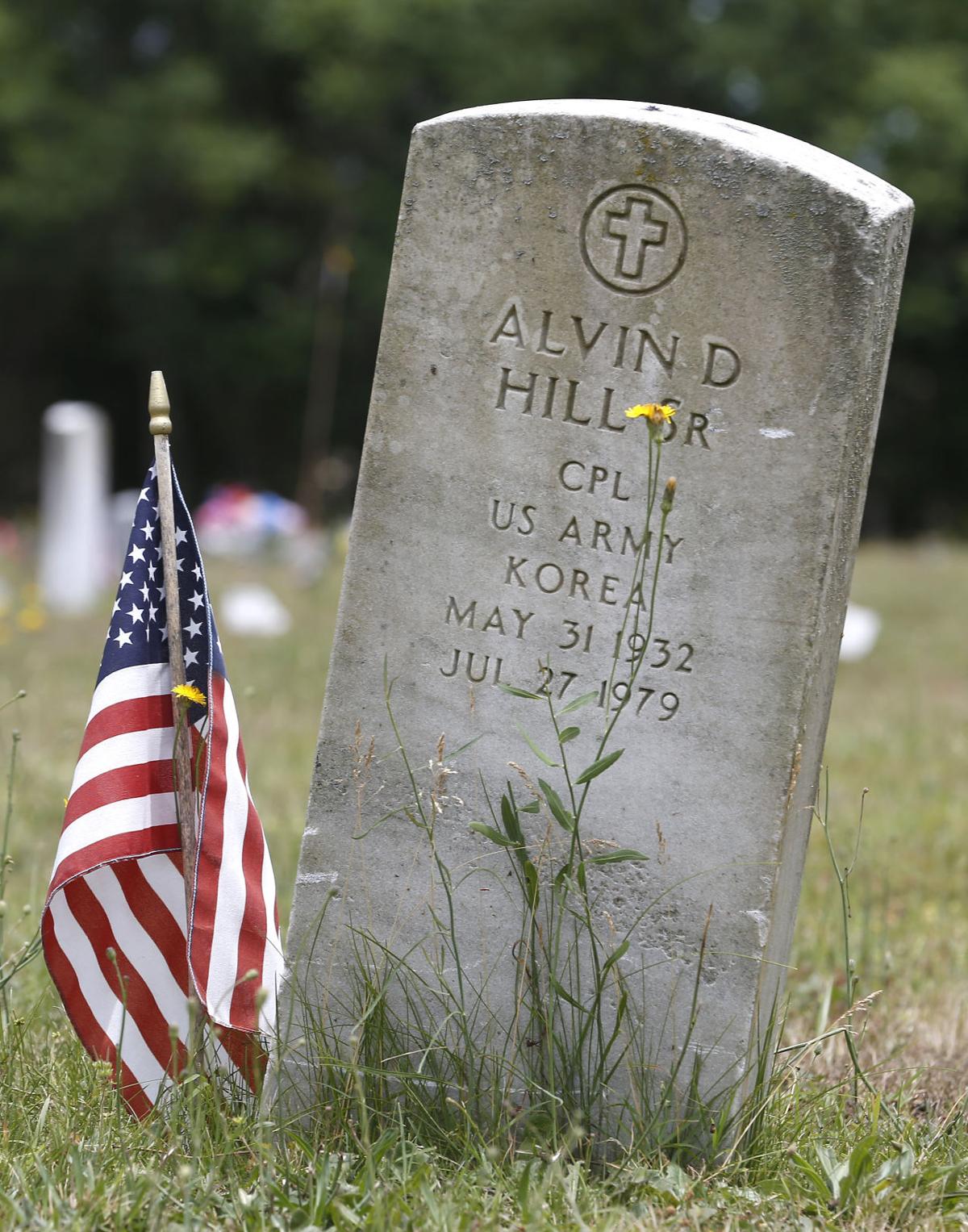 A flag decorated a veteran’s grave in Evergreen Cemetery on Memorial Day. The Library of Virginia plans to restore and digitize a volume of the cemetery’s burial records.

The Enrichmond Foundation is facing scrutiny over a promotional video that spliced graphic images of the Sept. 11, 2001, terrorist attacks with recent volunteer activities at two historic African American cemeteries.

The foundation removed the video and replaced it with an edited version Monday, but a copy of the earlier original video still circulated on social media, prompting U.S. Rep. Donald McEachin, D-4th, to call for an apology from the group, describing its usage of the attack footage as “callous and disrespectful.”

The Enrichmond Foundation, a nonprofit established in 1990 to support the development of local parks and public spaces, apologized for the original video on Tuesday.

“Our intent was never to appear insensitive to the thousands of Americans whose lives were changed forever, but we know that the impact is greater than our intent,” the foundation said. “We apologize for including the footage, and have removed it from our video.”

The publication of the video, which the foundation said was intended to honor the victims, is the latest in a series of actions Enrichmond’s critics say convey its lack of ability to serve as respectful stewards of sacred spaces.

Both videos uploaded to Enrichmond’s social media pages feature images of volunteers clearing brush at the two cemeteries along with clips of emergency personnel responding to the attacks in New York City on Sept. 11. The original video that was later removed included images of the airplanes exploding into the World Trade Center towers and their ensuing collapse.

Enrichmond organized the volunteer clean-up day and tour of the historic African American cemeteries shown in the video for the 20th anniversary of the attacks as part of a national service day initiative.

Prior to announcing its apology, Enrichmond posted an edited version of the video to Facebook and Instagram on Monday night with a message about honoring the victims and everyone affected by the attacks.

“One of our volunteers, [a] New Yorker, offered to make a video,” Enrichmond Foundation Executive Director John Sydnor said in a text message in response to a voicemail Monday evening. “Bad taste on a few images. Dropped the video.”

Sydnor did not say whether anyone on Enrichmond’s staff reviewed the original video before it was published.

“I am disturbed and gravely concerned by the imagery depicted in the video uploaded by the Enrichmond Foundation,” McEachin posted to Twitter. “While I do not fully understand the intent behind this video, its delivery is upsetting and does not honor the memory of all the brave men and women who died during the tragic attacks.”

Several people, some of whom said on social media that they were dumbfounded by the tone of the video, questioned its intent.

“There was no conceivable justification for it to me, and it almost looked like a subliminal message video intended to encourage violence or to upset viewers,” said Ellen Chapman, a Richmond-based anthropologist and archaeologist.

“It’s easy not to post a video that splices imagery of the deaths of thousands of people with your cemetery workday,” Chapman said. “That shouldn’t be something that requires a lot of training, and it’s something that should have been stopped before it was posted, by accountable leadership internally.”

Members of the independent Friends of East End volunteer group, who have taken issue with Enrichmond’s management of Evergreen and East End in the past, also took issue with the video.

“I think the video is indicative of how Enrichmond behaves,” said Brian Palmer, a member of the Friends of East End and a journalist who covered the 9/11 attacks as a New York City correspondent for CNN.

Palmer said he sees nothing wrong with the volunteer activities on the anniversary, but felt that Enrichmond used it to promote its brand and role as stewards of the cemeteries. “To see [the attacks] woven into what’s clearly a promotional video ... it’s just another way Enrichmond is exploiting the dead,” he said.

With the support of a $400,000 publicly funded grant from the Virginia Outdoors Foundation, Enrichmond acquired Evergreen and East End in 2017 and 2019.

Evergreen, founded in the late 19th century and recognized by the United Nations as “a site of memory” in the UNESCO Slave Route Project, is the resting place of Maggie L. Walker, the first African American woman to charter a bank in the U.S. and John Mitchell, the crusading editor and publisher of the Richmond Planet.

The two cemeteries are in need of restoration after decades of neglect and a lack of a perpetual care fund or public support from the city or state until recently.

Enrichmond has adopted a $19 million master plan for Evergreen and is in the process of developing a preservation plan for both sites, but a recently formed group called the Descendants Council, which includes members of the Friends of East End, have taken issue with elements of the development plan and the lack of a preservation blueprint thus far.

The group last year raised concerns about Enrichmond after it uncovered burial remains in an eroding ravine in the East End cemetery. After images of the remains were broadcast by a local television news station, relatives of people buried there said they were further disturbed when Enrichmond and state officials revealed in a virtual meeting that there was evidence the remains had been subject to “post mortem cutting,” indicating that they may have been removed by grave robbers and used for medical study.

The city earlier this year withdrew $75,000 in annual funding for Enrichmond after members of the Descendants Council and Friends of East End aired its concerns about the foundation, asking local officials and Gov. Ralph Northam to produce records that show how officials decided to give it financial support for the acquisition of the cemeteries. A letter to the governor and an online petition with over 13,000 signatures also calls for the creation of a cultural landscape report for the two cemeteries as well as community meetings about their future.

Sydnor and other officials have dismissed complaints from Palmer and members of the Descendants Council, noting that the master plan was formed with input from other relatives of people buried at the cemeteries.

Sophia Farchione, 23, from Syracuse, NY, the Team Leader for the AmeriCorps NCCC crew joins in cleaning up Evergreen Cemetery in the east end of Richmond, VA Tuesday, Dec. 1, 2020. In the foreground, the toppled tombstone of WWI Vet George Allen Johnson (1889-1947) rests beside an American flag that appears to be at half-staff.

A flag decorated a veteran’s grave in Evergreen Cemetery on Memorial Day. The Library of Virginia plans to restore and digitize a volume of the cemetery’s burial records. 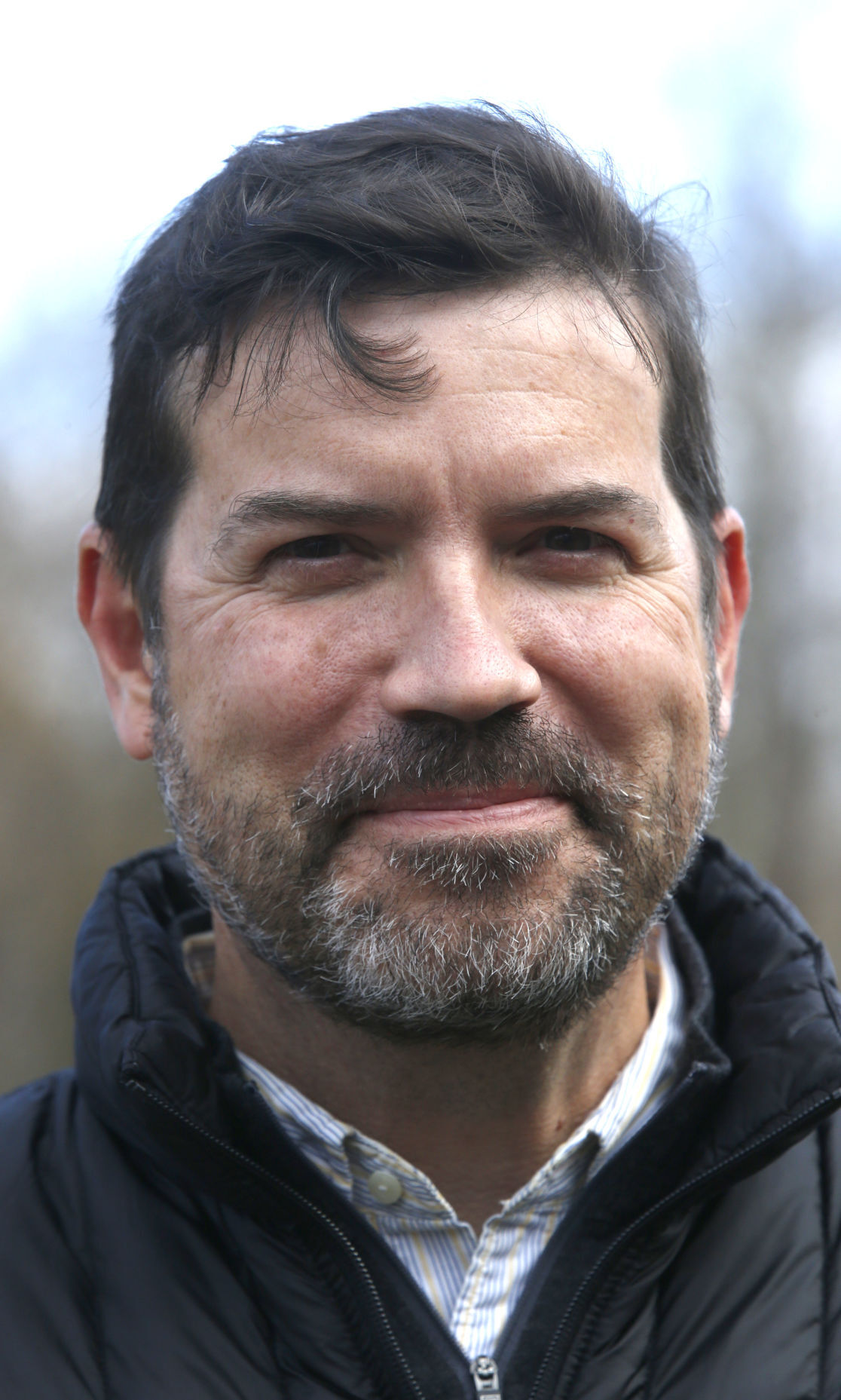