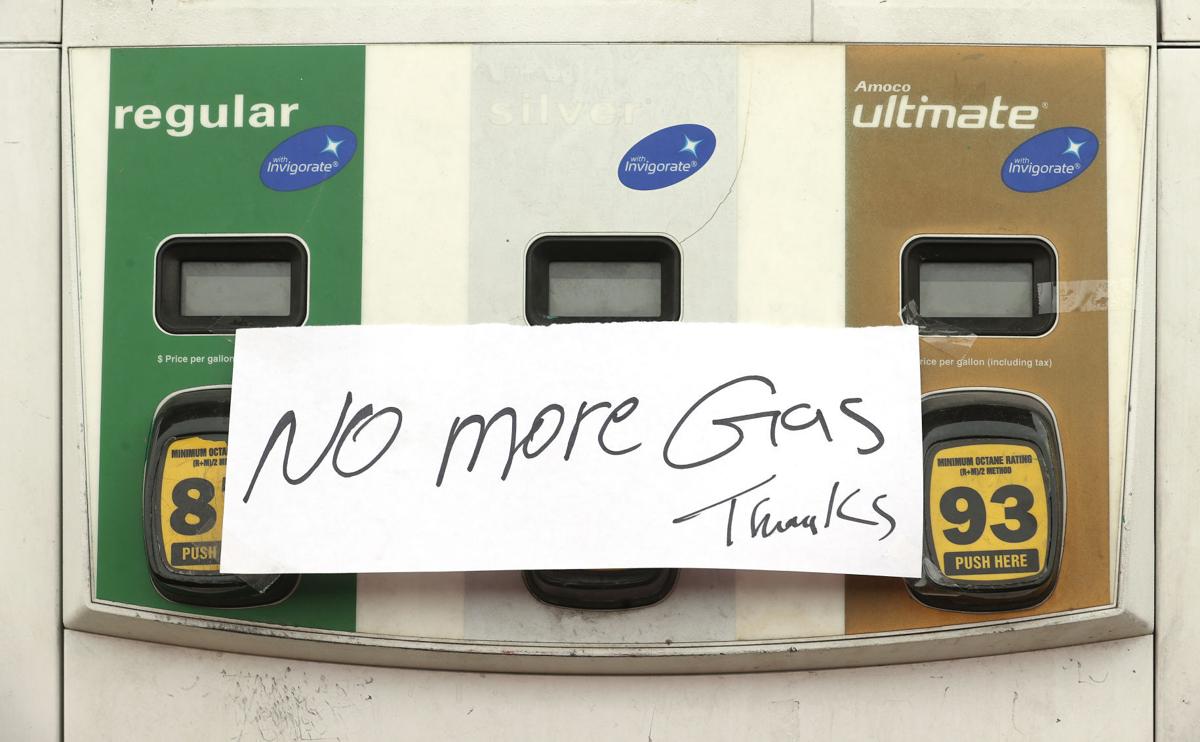 The BP station at Williamsburg Road and Parker Street in Richmond posted a sign saying it was out of gas on Wednesday. 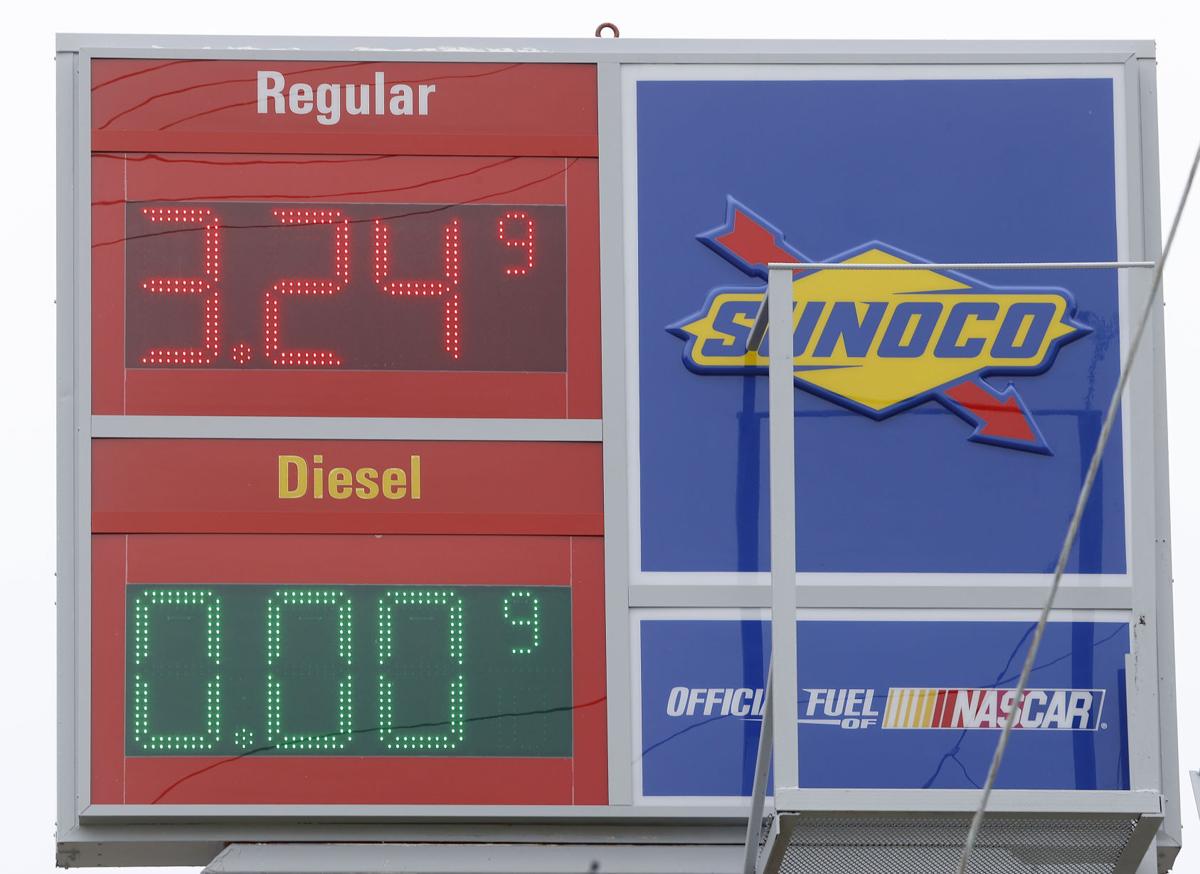 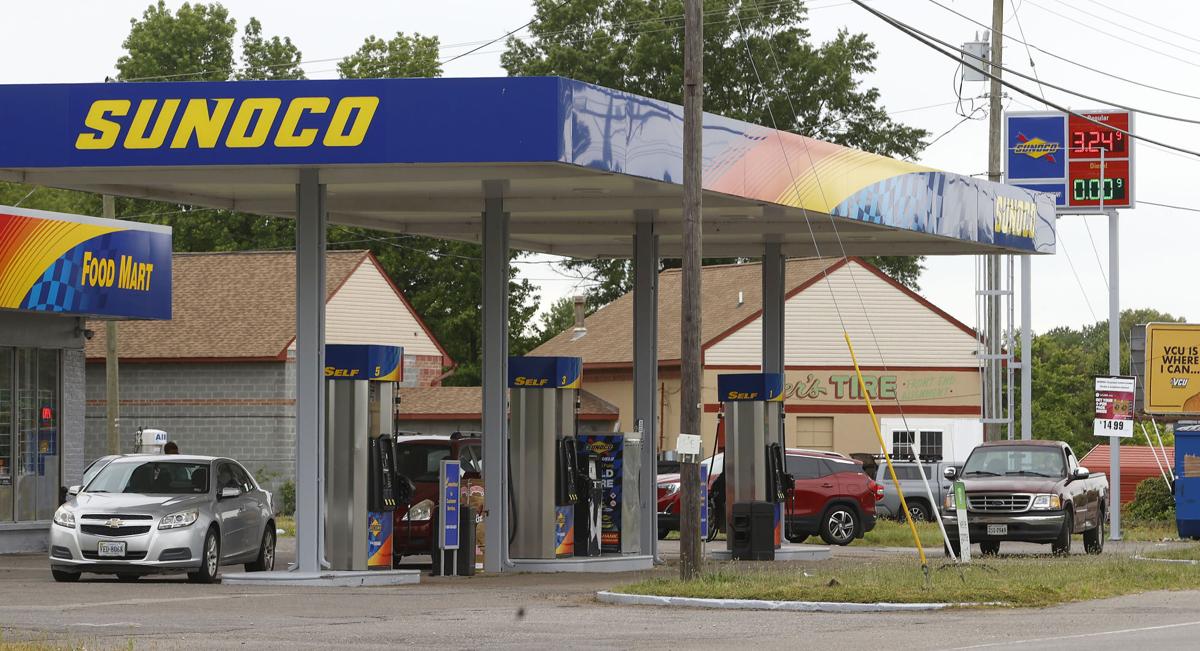 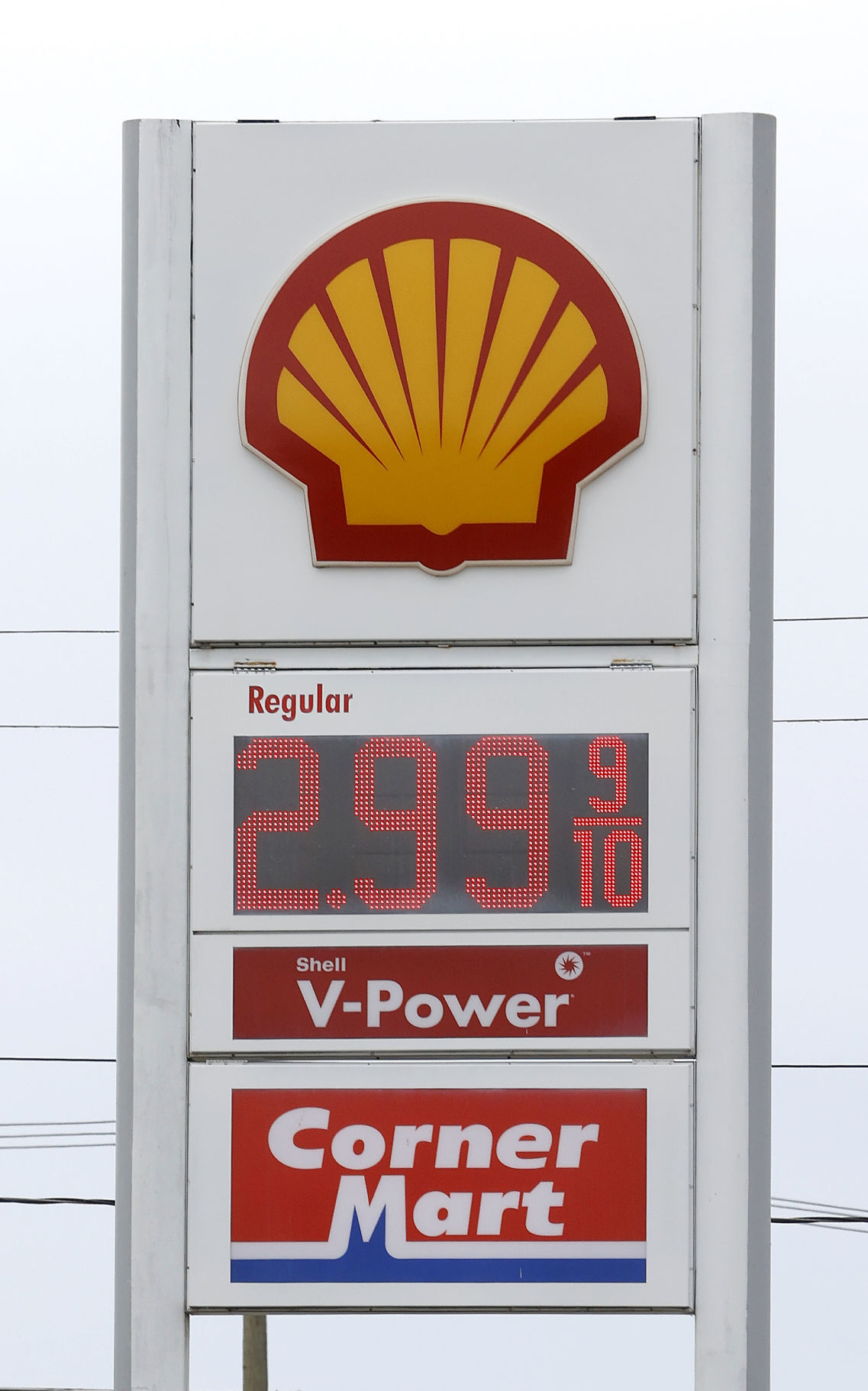 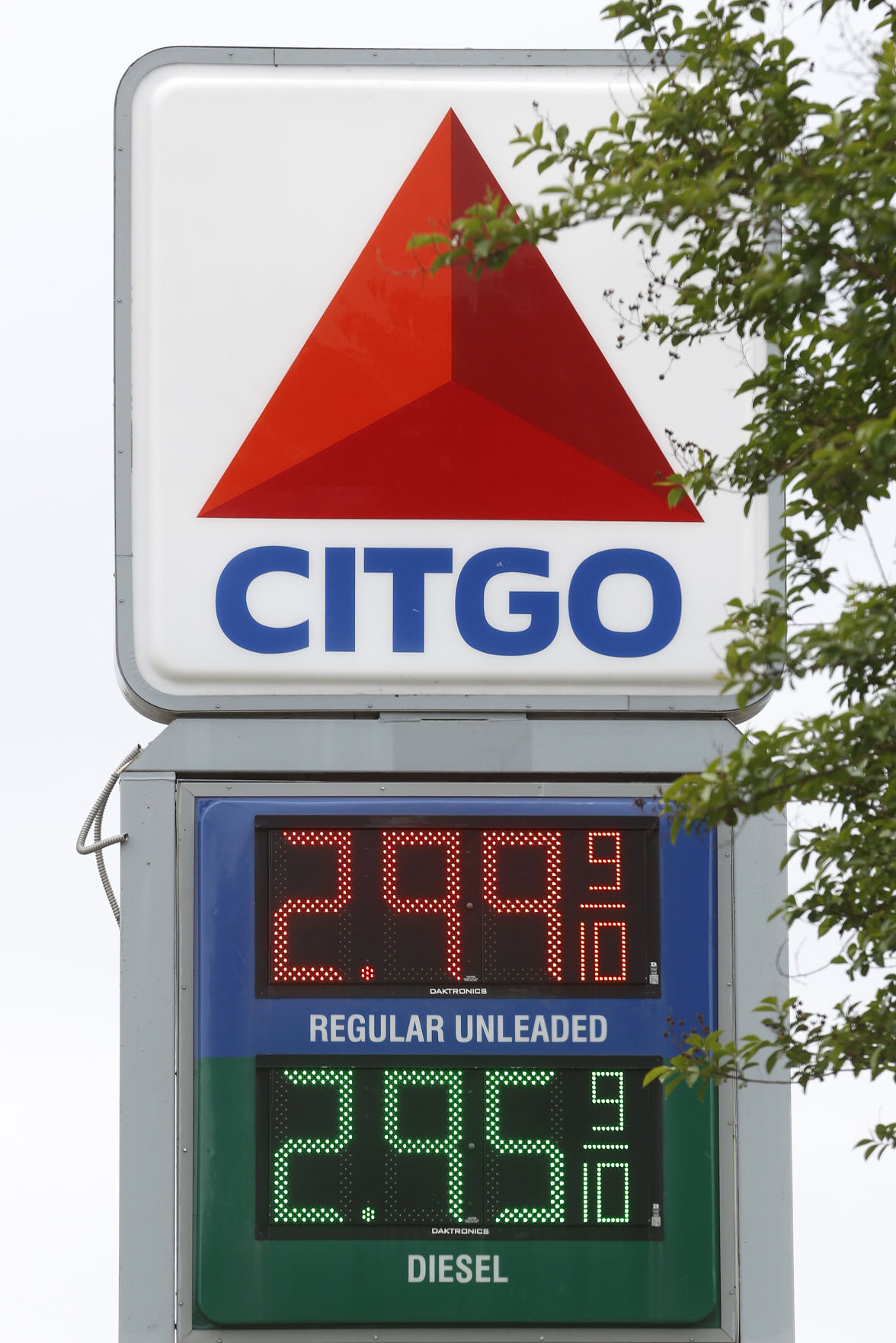 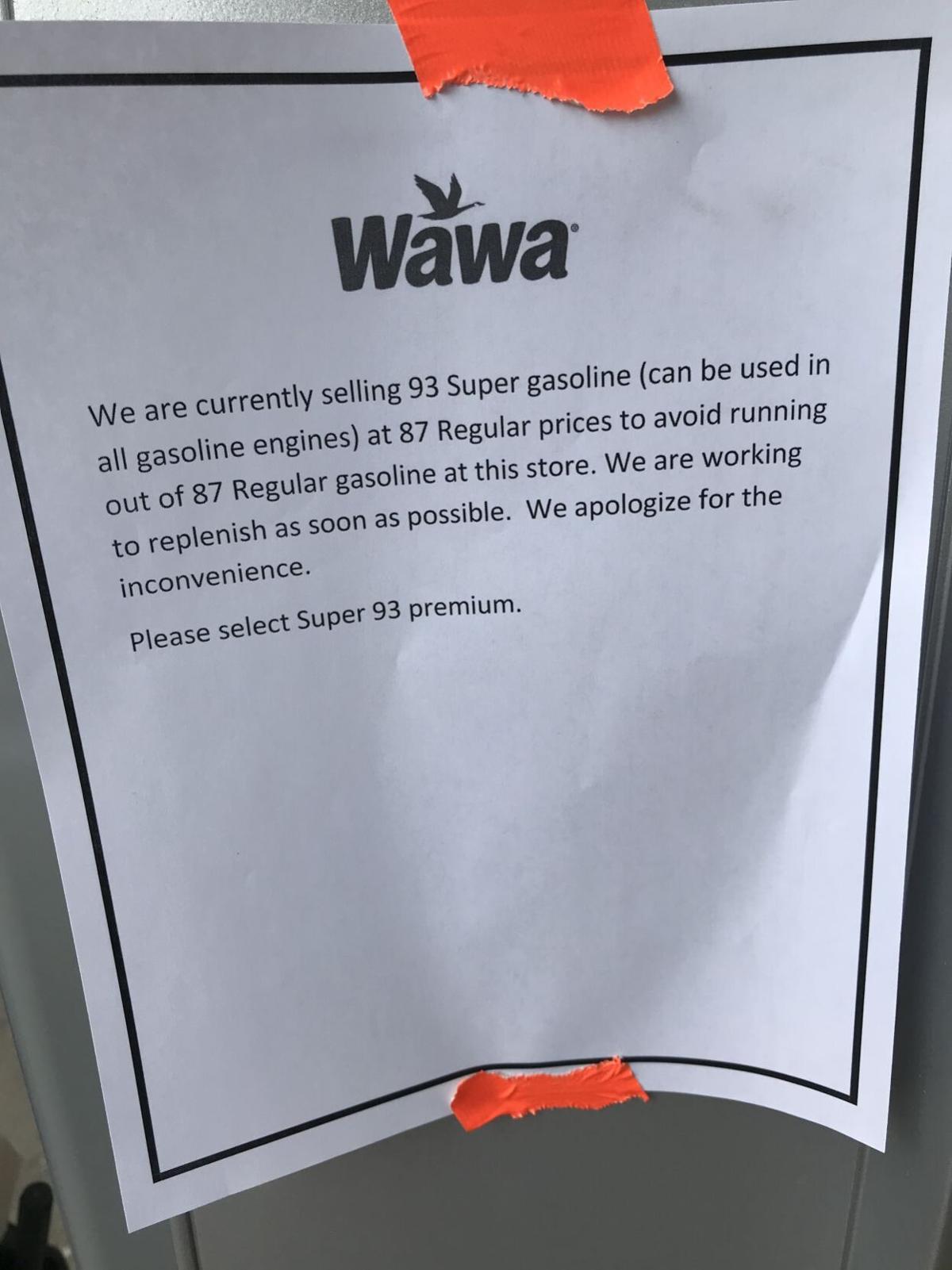 The Wawa on West Broad Street in Henrico County near Innsbrook lowered the price of its super gasoline to match the price of regular, $2.86. 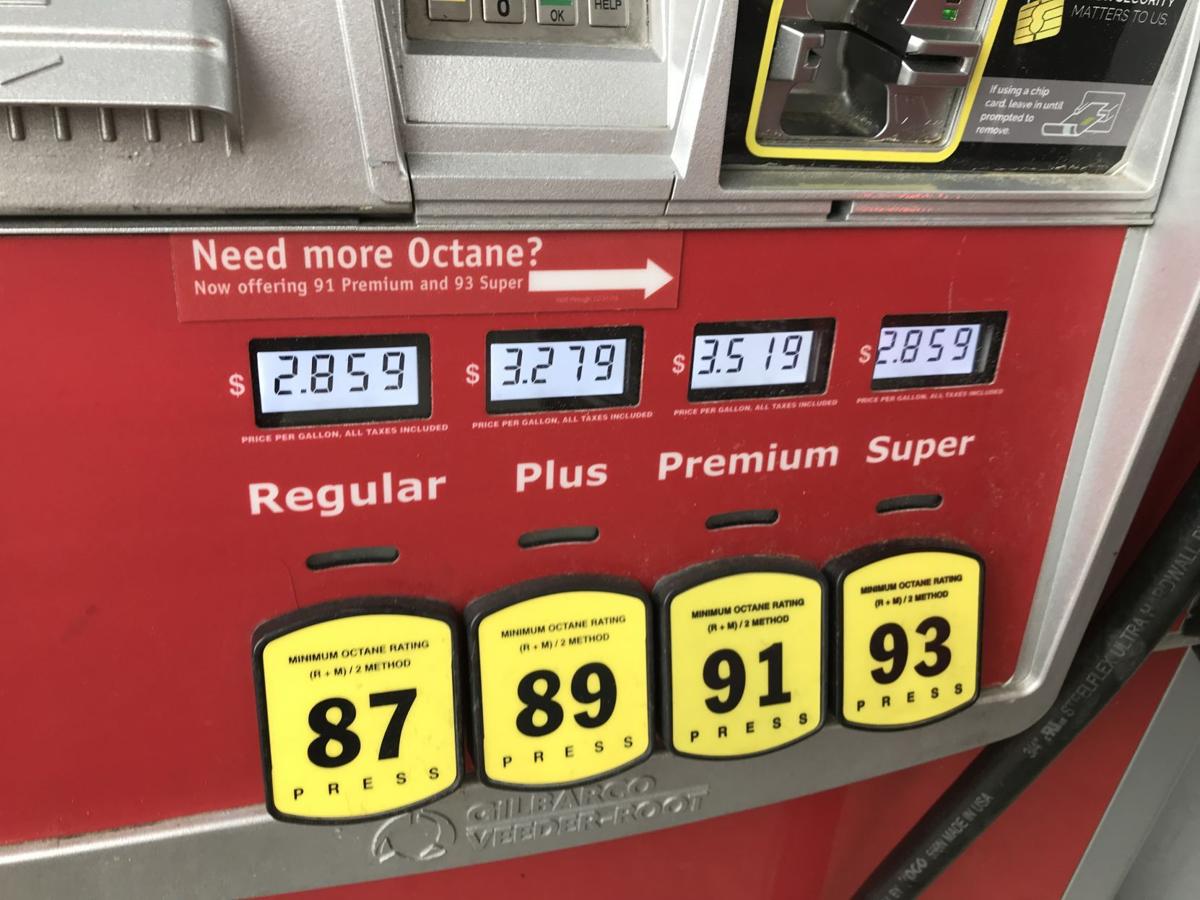 When the day began, the Wawa gas station on West Broad Street near Innsbrook in Henrico County had about three days’ worth of regular unleaded gasoline in its underground tanks. Within four hours Wednesday, it was all gone.

By late morning, only super and diesel remained, and 17 cars waited to fill up, the line coiling onto an entrance ramp and extending to Broad Street. The gas-buying frenzy played out across Virginia and other states in the Southeast in response to the ransomware attack that shut down the Colonial Pipeline, which provides 45% of the gas for the East Coast. More than half of the state’s gas stations were reporting an outage on Wednesday, according to GasBuddy, which tracks the industry.

On Wednesday evening, Colonial announced it had restarted the pipeline.

Industry experts said the disruption was exacerbated by panic buying, as customers rushed to gas tanks to fill up cars, lawn mowers and containers. Experts pleaded to customers to purchase gas at a regular pace. There’s plenty of supply, they said, just not enough ways to ship and truck the gas to local stations.

At 52%, Virginia had the second-highest rate of reported gas shortages among the 11 states and Washington, D.C., that were severely affected by the pipeline’s closure. Only North Carolina (69%) had a higher percentage of outages Wednesday afternoon.

At the western Henrico Wawa, the line of cars was longer Wednesday than a day before, one employee said.

Before the 87-grade regular sold out, the store lowered the price of 93-grade super gasoline to $2.86, the same price as regular. The gas station posted signs saying it had lowered the price in hopes of not selling out of regular. But by the late morning, it was gone.

Because midgrade gasoline is a blend of super and regular, the station was out of that, too.

At least one gas station, a BP in eastern Richmond, reportedly did the opposite of Wawa on Tuesday, raising its price for a gallon to $6.99. The next day, Virginia Attorney General Mark Herring confirmed that price gouging is illegal, and will be for the next month, because Gov. Ralph Northam declared a state of emergency.

Rationing gas by price is a terrible idea, said Jeff Lenard, a vice president for the National Association of Convenience Stores, because the optics are terrible. His organization has encouraged convenience stores to charge reasonable prices.

“We don’t want to see anyone taking advantage of the product right now,” Lenard said.

There are legitimate reasons why gas has become more expensive in the past two days. Truck drivers have to drive longer, ratcheting up the cost of delivery. According to AAA, the average national price of gasoline increased 8 cents Wednesday and reached $3 for the first time since 2014.

In Richmond, the average price of a gallon of gas was $2.86, 9 cents higher than a day before.

The problem is made worse by customers who over-purchase, industry leaders said. Gasoline demand has risen in places not affected by the pipeline closure, which leads Lenard to believe some of the shortage is the result of panic buying. If customers buy gas at a normal pace, the system will repair itself, he said.

The thought of being without an essential component of life can trigger a fear response and overreaction, said Scott Allison, a psychology professor at the University of Richmond. It’s the same as when grocery store customers rush for milk and bread before a snow storm, or the toilet paper shortage seen at the beginning of the pandemic.

“At the individual level, this fear response makes sense, but at the collective level, it can spell disaster because everyone overacting creates shortages that don’t really exist,” Allison said.

Tensions were high at the Wawa on Wednesday morning, with shouts of curse words bantered between angry customers as they drove away. One employee said the governor’s declaration of emergency has put everyone on edge.

Instead, industry leaders should acknowledge that it’s normal to feel overwhelmed. If people can be given concrete information, such as which stations will return to service and when, they can start to build trust and reduce their anxiety.

The only problem is, those answers can be hard to find. Colonial has restarted its pipeline, it said Wednesday evening, and it will take several days for gas to be replenished. Gas in the pipeline moves 100 miles a day, or 3 to 5 miles per hour, Lenard said.

While Memorial Day is approaching, Lenard said he doesn’t expect a surge in gasoline demand. Demand typically rises 1% or 2% each month from February to August and doesn’t really spike on holidays.

The question has been asked by some: Why not limit the amount of gas one person can purchase? Rationing has been done before, but it’s probably not an effective strategy right now, said Ryan McNutt, the head of the Society of Independent Gasoline Marketers. Rationing tends to increase fear and has an opposite effect than the desired outcome.

Colonial shut down its pipeline May 7 after falling victim to a ransomware attack, in which a system is shut down and the perpetrators hold it hostage until a debt is paid. White House press secretary Jen Psaki declined to say Wednesday if Colonial paid the ransom.

A 5,500-mile system, the pipeline connects Houston’s refining hub to the New York Harbor and runs under the Richmond area.

Also compounding the issue is a lack of truck drivers. During the pandemic, demand for gasoline plummeted, and petroleum truck drivers retired or were furloughed, said Ryan Streblow, interim president of National Tank Truck Carriers. Now, demand has returned almost to 2019 levels, but there are 10% fewer drivers.

“If we had all the drivers we need, this would be less of an issue,” he said.

In an attempt to ease the burden, the White House is allowing waivers to gasoline transportation laws be granted in the Southeast. Trucks can temporarily use interstate highways to move overweight loads of gasoline, and stations can sell summer- or winter-grade gasoline with vapor pressure below 13.5 psi. Fuel handlers can combine reformulated and conventional gasoline supplies, too.

The Department of Homeland Security is also considering allowing waivers to the Jones Act, a U.S. maritime law that requires shipments of fuel moved from one U.S. port to another be moved by American-flagged ships, said Pete Buttigieg, U.S. secretary of transportation. Multiple gasoline industry leaders have urged President Joe Biden to complete the move.

It’s unclear what affect these changes will have on the gas pumps in Virginia. A spokeswoman for the governor did not respond to a query Wednesday afternoon.

By late afternoon, the Wawa in Henrico had run out of unleaded gas, joining the 7-Eleven, Shell and Kroger down the road. A refueling truck was on the way, the employee said. But an average truck carries 8,000 gallons, and Wawa had sold that much in two hours.

In one of Richmond’s hottest neighborhoods, a pool that was a source of recreation and respite for generations of public housing residents has sat empty for almost a decade.

Williams: Last week was all about the Prize; this week, failures from Richmond and Chesterfield

I concluded my column a week ago by saying we all must keep our eyes on the prize. But a reader responded with the following question: What ex…

A former caseworker with the Richmond Department of Social Services pleaded guilty to mail fraud Tuesday in a scam that diverted $13,357 in be…

It was early in the COVID-19 pandemic last year that Michael Summers found what he thought would be decent, reliable housing after couch surfi…

The BP station at Williamsburg Road and Parker Street in Richmond posted a sign saying it was out of gas on Wednesday.

The Wawa on West Broad Street in Henrico County near Innsbrook lowered the price of its super gasoline to match the price of regular, $2.86.