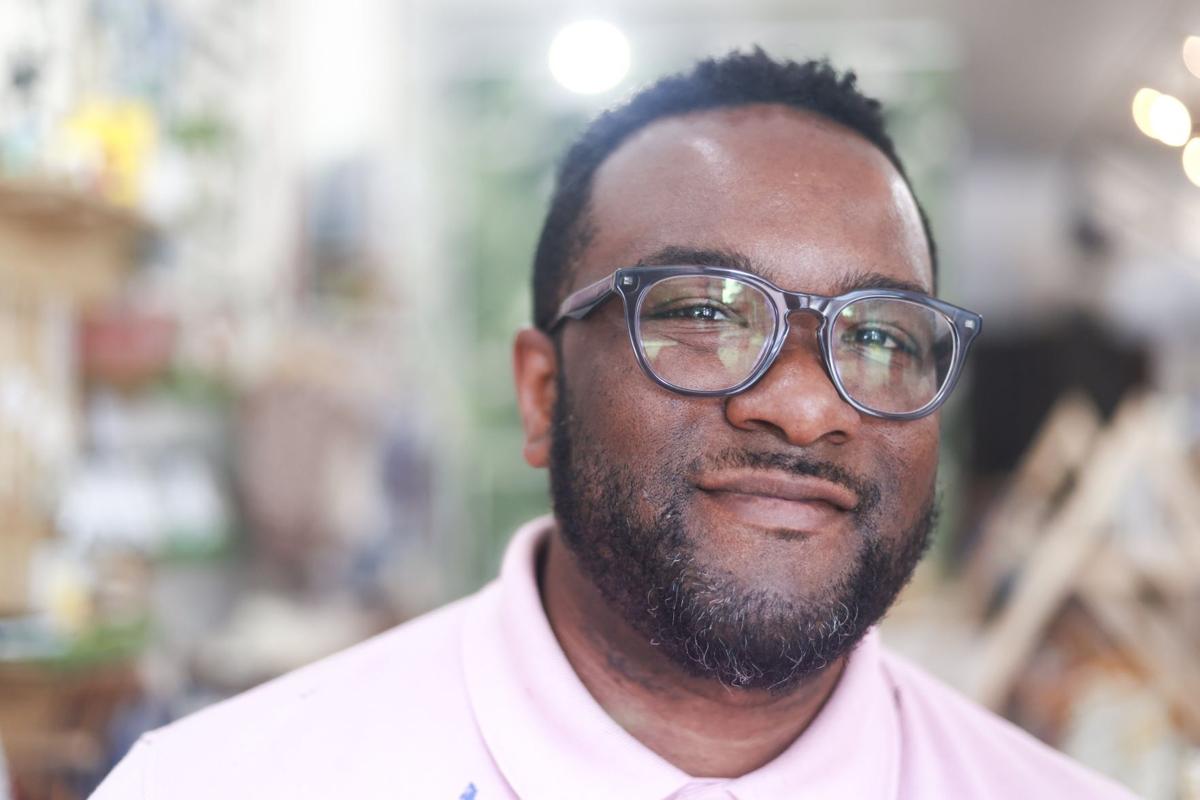 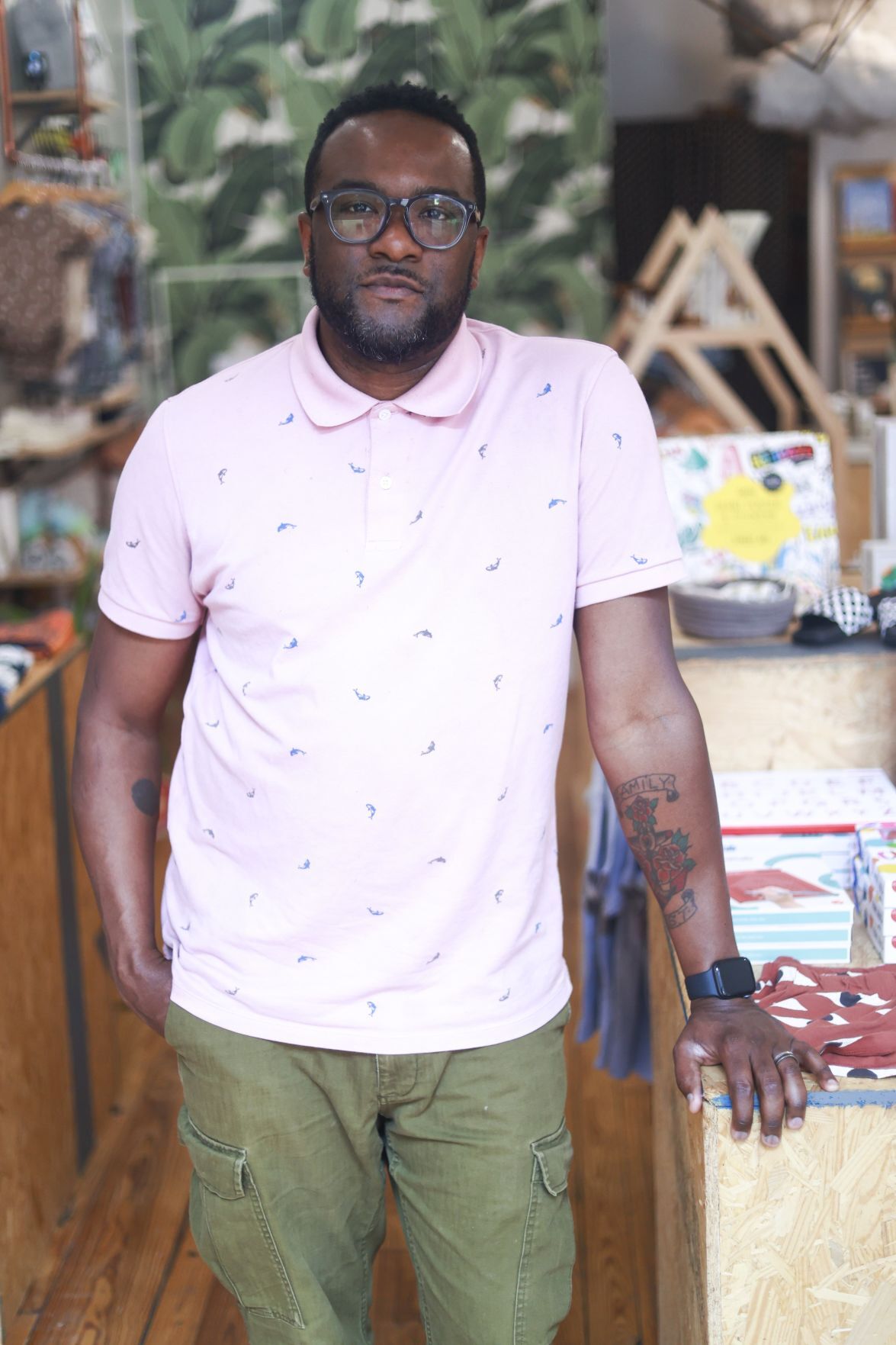 It took more than a decade to get his kids clothing business off the ground. But when Anthony Bryant’s shop on Broad Street was threatened by demonstrations last summer, it was the last thing on his mind.

He was consumed with frustration. And anger.

George Floyd was dead — the latest Black man killed in an encounter with police. The death of Ahmaud Arbery still weighed heavily on his mind. Many white people, Bryant thought, were largely apathetic.

“Angry doesn’t even begin to tell the story. It didn’t seem like anything was changing, so why are we here playing nice?” said Bryant, recalling the days that followed Floyd’s death, when he could hear the drumming of coming protests. “If the store burned down, that would happen. As far as business goes, I can rebuild. These folks can’t come back to us.

“To get to the point where, as a retailer, you go, ‘OK, whatever happens, happens.’ You have to have been pushed pretty far.”

Bryant, along with his wife, Nora, is the owner of Little Nomad, a boutique children’s clothing store on the corner of West Broad and North Adams streets. The intersection, which includes a statue of Maggie Walker and borders the historically Black neighborhood of Jackson Ward, was at the center of protests against police brutality when they first erupted in the area. Richmond police headquarters is just a block away.

Bryant remembers coming to the shop on Friday, hours before the first large demonstration in Richmond, despondent.

After some thought and conversation, Bryant decided to board up the shop and called friends for help. He began calling nearby business owners, encouraging them to do the same. It was Saturday morning, the second day of demonstrations, and some businesses in the area already showed signs of damage.

“It was a very surreal day. In my store we had been shut down for four months, due to a car running into our shop, and not to mention COVID-19. And then here we were shutting down again,” Bryant said.

On Sunday, Bryant returned to downtown. “You see glass everywhere, stores wide open, business owners crying. But also a lot of community folks helping with the cleanup. We as a business collective assumed we would be on our own, but we had a great contingent helping us.”

The shop remained closed from late May through September, when Little Nomad operated strictly online out of the basement of Bryant’s in-laws. Bryant would make local deliveries of clothes and toys himself. Downtown, he said, “was a ghost town.”

Even as the store remained closed, Bryant said he was encouraged by signs of progress.

“When we talk about white folks needing to take responsibility, we saw many people saying, ‘We need to listen. We need to learn a little bit more,’” Bryant said. “Within that was our books about kids learning about race and racism. Sales exploded.”

One particular book wouldn’t stay on the shelves long: “A Kids Book About Racism,” by Jelani Memory.

He said the national reckoning also came with additional exposure for Black-owned businesses, including his, and enough sales to stay afloat.

Throughout, he worried it would be a “flash in the pan.” Today, he says, books featuring Black protagonists and discussing race don’t fly off the shelves like they used to. And some customers who came to support the store turned out to be one-time shoppers.

Still, he says, the attention brought to his Black-owned business continues to benefit Little Nomad.

The area of downtown where Little Nomad sits is growing in foot traffic compared to the scene when the shop reopened last fall.

“All of the stores were boarded up. No one wanted to come to this area. There were folks who were scared to death to come downtown,” Bryant said.

He was emphatic that the city’s leadership during that time, specifically Mayor Levar Stoney’s, didn’t help area businesses.

He said the aggressive response to demonstrations by police and lack of clear communication from city leaders made Richmond’s downtown appear like “a war zone.”

“From a leadership standpoint, we fell well short of any type of leader that we could look to and get a gauge on what’s going on,” he said. “We’re battling perceived notions of the area already, and on top of that, dealt with city officials not doing right by this community.”

Limited parking and cleanliness, “amenities you expect from a major city,” Bryant said, continue to thwart the efforts of local business owners to grow the area. But not completely.

“We are starting to see folks come back, which I love to see,” Bryant said. “I think this has to do with grassroots engagement more than city officials saying downtown is open for business.”