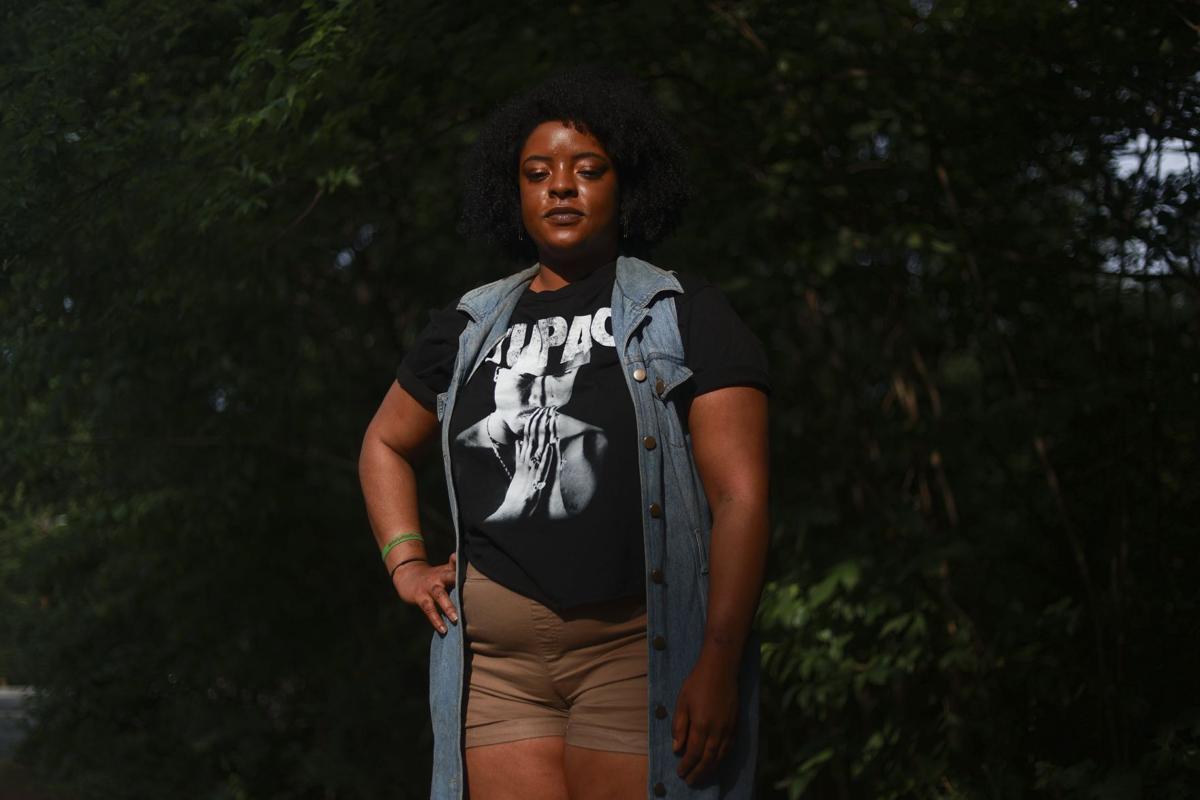 Kalia Harris says she’s glad to be a bridge between generations. 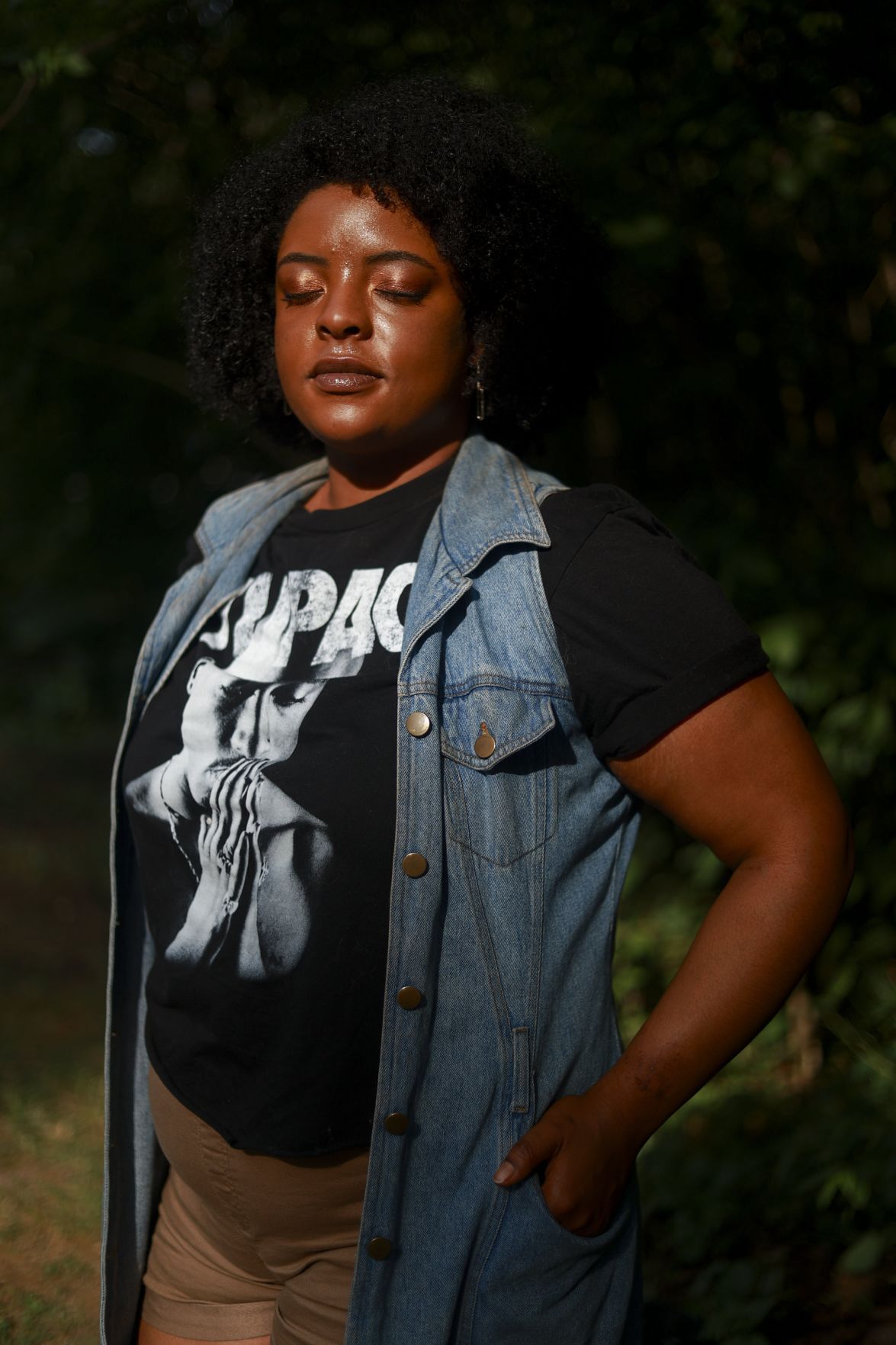 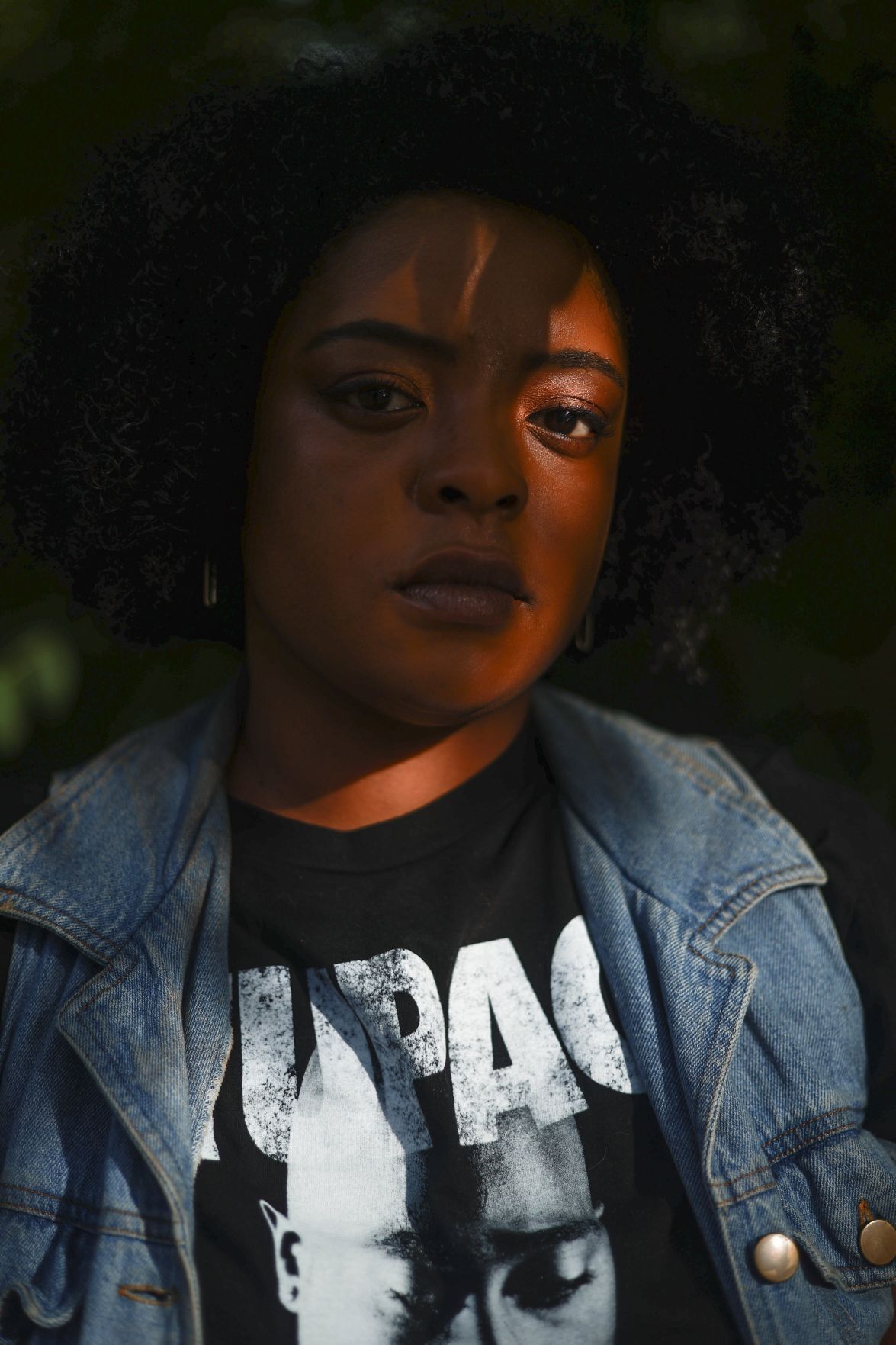 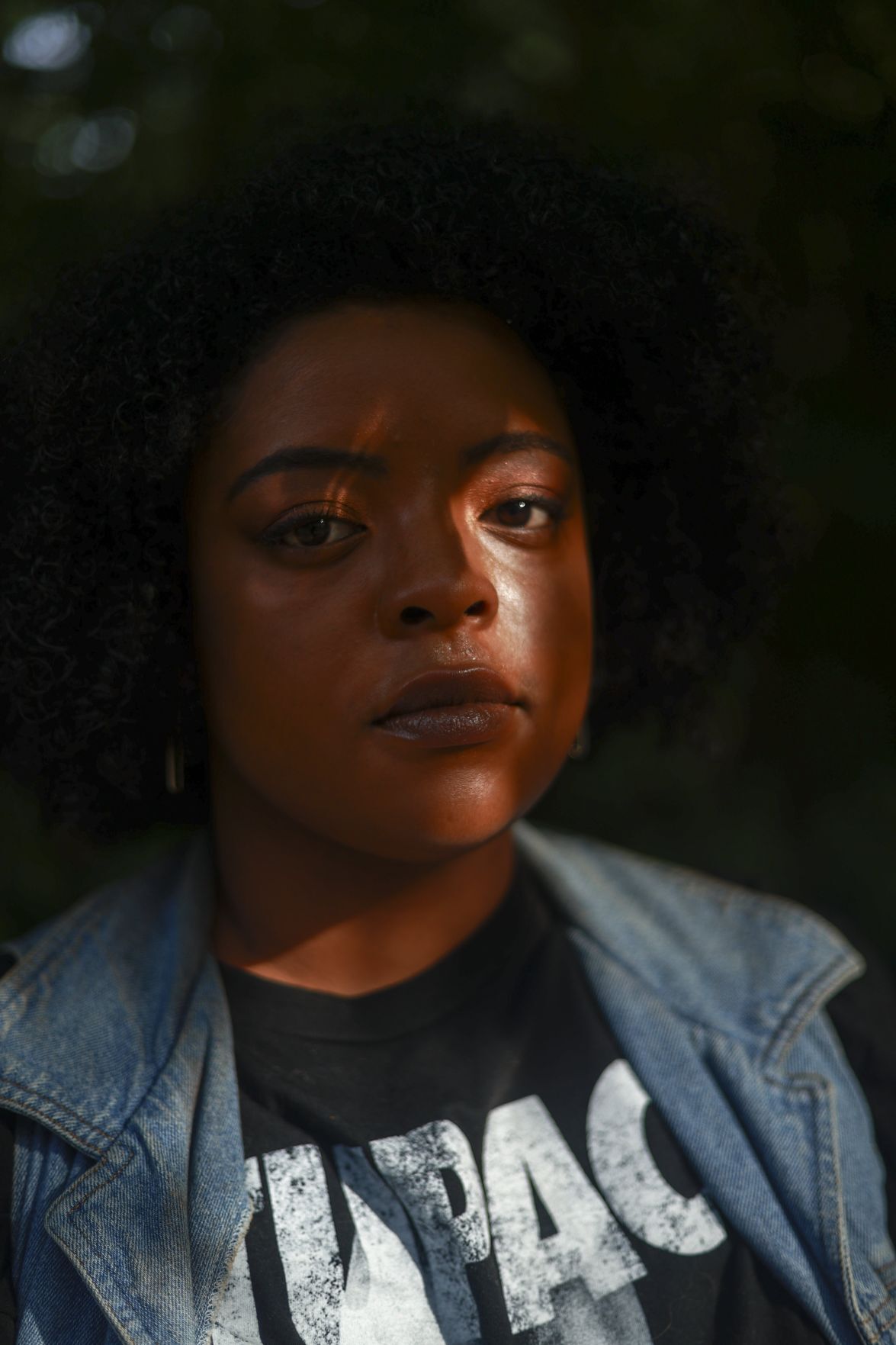 Kalia Harris says she has seen some positives as a result of the protests.

Kalia Harris’ car, filled with cases of water, medical kits and art supplies for political education teach-ins, was known as the moving Freedom School among organizers during protests.

Her bullhorn was in the passenger seat next to the “Freedom tambourine” she would shake outside of Richmond City Jail when people arrested the night before were released. Many were youths she mentored.

She helped organize mutual aid efforts that would redistribute almost $200,000 into communities and is now the co-executive director of Virginia Student Power Network.

My family has been in the city for generations at this point, and the same things that my grandparents were demanding in their time, we are still demanding: an end to police violence. An investment into our communities.

The police are still violent. They’re still killing people, and they’re still being funded by our city and state. They actually got more money. After this whole year of trauma, violence, resistance, they got money out of that. They’re getting new cars.

But aside from that, there has been a lot of growth and healing among the people who were out for over 100 days last year. We’ve seen the Richmond mutual aid and disaster relief group be able to help so many folks through what they’ve created, which is basically packing groceries and sending them out.

All of that was able to be done through the power of community, of people giving us a little bit of their stimulus check or their paychecks or buying extra groceries at the store to drop off at the warehouse.

There’s three Black women running for governor. There’s the young activists and protesters. Some of them graduated this last month. Many of them are still taking to the streets or organizing their friends into book clubs.

So many things have come out of the protests.

The community fridges that have popped up all over the city. The Civilian Review Board Task Force trying to look at civilian oversight of the police. Legislation over the General Assembly session, the legalization of marijuana. Just wins on wins.

Sometimes it’s hard. Because when you look at the battle of stopping police violence, we haven’t really gotten to the point where that has stopped.

But what we have done is build our community to the point where we are actually providing care for ourselves outside of the state. We have folks that feel empowered to speak out, whether it’s to their city council rep, to their school board — folks aren’t just letting stuff fly under the rug anymore.

It’s been really an honor to be a bridge sometimes between the younger generation and older generations. It’s feeling like the future is in the best hands, but it’s also worrying. It’s staying outside of the jail all night until students are released. It’s being the emergency contact to talk to someone’s parents if they were to get arrested.

I think a lot of us are still really processing what it was like a year ago. The surveillance that came from that. There are still folks that have open court cases because Colette [McEachin, Richmond’s commonwealth’s attorney] didn’t drop all the charges.

The holding each other that we were physically doing in the streets is still happening now, because people are still dealing with the effects.

I truly hope people have learned that elections and voting are not going to be the saviors. It will take a diversity of tactics, a mix of taking to the streets and pressuring people in power ... that don’t require us to wait for our city council or mayor to take action because if that’s the case, we’ll be waiting for another generation.

People truly see right through Levar [Stoney]. He takes credit for the Confederate monuments, but we know that it was the people ... before they even lifted a finger to begin to take them down in their shady way.

It was an effort on behalf of Levar’s administration to co-op that work and take credit for it, then go all over national media and say, “Oh, we did this.” But any good leader would give the credit to who it’s deserved, which is the people that they tried so hard to arrest and give charges to.

They’re going through court cases, and he’s writing op-eds. His time could be so much better used actually solving the problem. People’s lives are still at risk.

So to say that there was a moment of reckoning? We’ve seen with Orlando Carter Jr. that RPD is still shooting people. Marcus-David Peters and Xzavier Hill were murdered. We don’t want to be mourning the loss of another Black life at the hands of police. We’ve lost enough people.

Even with his budget, Mayor Stoney has shown where his priorities are. It’s not surprising, but it is more of the same. I just hope folks understand that him marching in the streets was way more for his benefit than it ever was for us.

Kalia Harris says she’s glad to be a bridge between generations.

Kalia Harris says she has seen some positives as a result of the protests.