It was a gift that proved to be as beautiful as it was unexpected for Olga Perfilieva and her mother, who fled her home in Ukraine earlier this year to be with her daughter in the United States.

A song. An original song. A song written about Olga and her mom. It was lovely.

“It brings out tears every time we listen to it,” Perfilieva said. “This is a generous and timeless gift that will keep on living with us forever.”

“Maria’s Song” — Maria is Perfilieva’s 81-year-old mother — was written and performed by Becca Jordan and some musician friends. Jordan is a singer-songwriter in Nashville, Tenn., who also is a part of The Giving Notes Project, a small organization that enlists a team of volunteer songwriters to write your song. Literally. For free (though there is what is labeled “Not So Fine Print” on the project’s website about time-permitting and the availability of musical artists).

The Giving Notes Project is the brainchild of Richmonder Mark Brown, who happened to be a friend of Perfilieva when she lived in Richmond (she’s now in Boston, and I’ve recounted her and her mom’s story in a couple of pieces earlier this year. They’re doing well, Perfilieva says, and her mom “has gotten more used to the idea of living here but is still homesick, which is understandable.”)

Brown contacted Perfilieva and told her he thought theirs is “such a beautiful story” that he would like to honor her mom with a song.

Lohmann: Her mom is safely out of Ukraine, but home is where her heart is

“The stars just kind of came together,” Brown said. “I’d just gotten connected to Becca through another musician friend … and I got the perfect person [to take on ‘Maria’s Song’]. When I heard it for the first time, I thought, ‘This is magic.’”

But the project will take on anyone’s story and put it to music.

One of the chief questions, of course, is why.

The short version, Brown says, is The Giving Notes Project is “a way to keep music in my life.”

Once upon a time, he was a musician in Nashville. He left that life behind, but he didn’t leave the music behind. A few years ago, he started experimenting with some musician friends with the notion of composing songs about other people’s lives and then giving the music away. (“I know that sounds crazy,” he said.) The idea has evolved from there.

The inspiration for all of this came from a photograph of a street musician that Brown shot on a trip to Norway with his wife, Juliet, a decade ago and still hangs in his house. The picture shows the man playing his accordion, his instrument case on the ground in front of him. It was closed, signifying that he wasn’t seeking donations but simply presenting his music as a gift.

“I’m giving away my most cherished gift to others” is how Brown interpreted the scene.

The Giving Notes Project works something like this, according to its website: Those seeking a song send one sentence about the story they’d like told in song. “A spark of inspiration,” it’s called. The songwriters might then follow up with a few questions to get to know the story better. The finished song would then be posted on the project’s website for everyone to hear.

There are examples of songs the group has done on the website, including one suggested by the neighbor of a nurse-practitioner who had to isolate from his young family at the height of the pandemic and another — the first song of the project, as it turns out — about a man named Ron who suffered unimaginable loss over the years but remained, as Brown says, “a beacon of light and hope for us all.”

The project has proved to be a “rich and rewarding experience for all the parties involved,” Brown said, particularly the songwriters for whom the process is “creative fuel.”

“It pushes us from a craft perspective,” he said. “Because now, instead of … what we sometimes do as artists and hide behind our own metaphors and our cryptic lyrics, we’re now forced to honor the person we’re telling the story about through the economy of our words and ensure what we’re writing is in their voice and what they would say.”

Under “The Not So Fine Print,” it is noted that the songwriters will write and record “a simple and solid version of the song for free,” perhaps even over the phone. There is also an option for the song to be recorded in studio with additional musicians, but The Giving Notes Project will need help to cover the recording costs.

Brown encourages people to contact The Giving Notes Project and share stories that the songwriters might be able to turn into songs, but he asks for patience. It’s still a growing project, and it’s also a side gig — everyone involved has other jobs that actually make money — so they’ll just have to see how things go and how many requests they get.

“We’re just not guaranteeing a song for everyone that submits given our size right now,” Brown said.

Where does the project go from here?

Brown has thought a lot about that, and he’s not sure.

He thinks back to his own story — “a guy who played in a band and moved to Nashville and had this hope of writing a hit song one day and making a career” — and he wants The Giving Notes Project to be the opposite of that. “Purposefully intentional, but keeping my expectations loose,” he says.

He would like to find a way to finance more studio time for the recording of the project’s songs while keeping the philanthropic nature of it. He’s experimenting with developing a version of the songwriting exercise as a corporate team-building experience as a way to pay some of those bills.

Bottom line, he said, “I just want to figure out how to do more of it.”

To submit a song idea or simply find out more, visit

Rocket, beloved 'lord of the manor' at Agecroft Hall, died last week, left a trail of friends and fans

Rocket, the feral cat who became a beloved fixture at Age-croft Hall & Gardens where he ascended into the role of “Lord of the Manor,” a t…

As his B-17 returning from a bombing raid deep into Germany made its way back toward the safety of England, crew chief Paul W. Kriegler wasn’t…

Parade magazine, which has been inserted into newspapers across the nation for decades, recently announced it will discontinue its print publi… 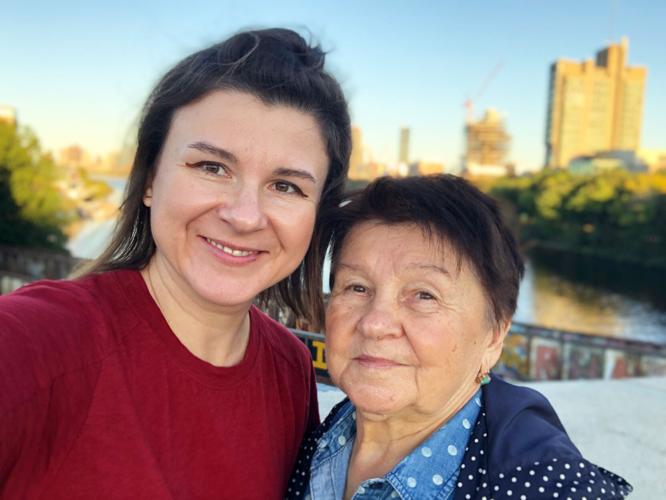 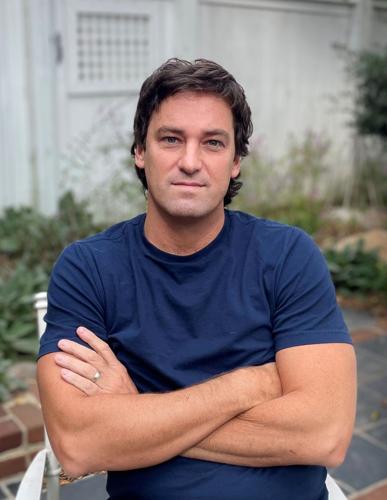