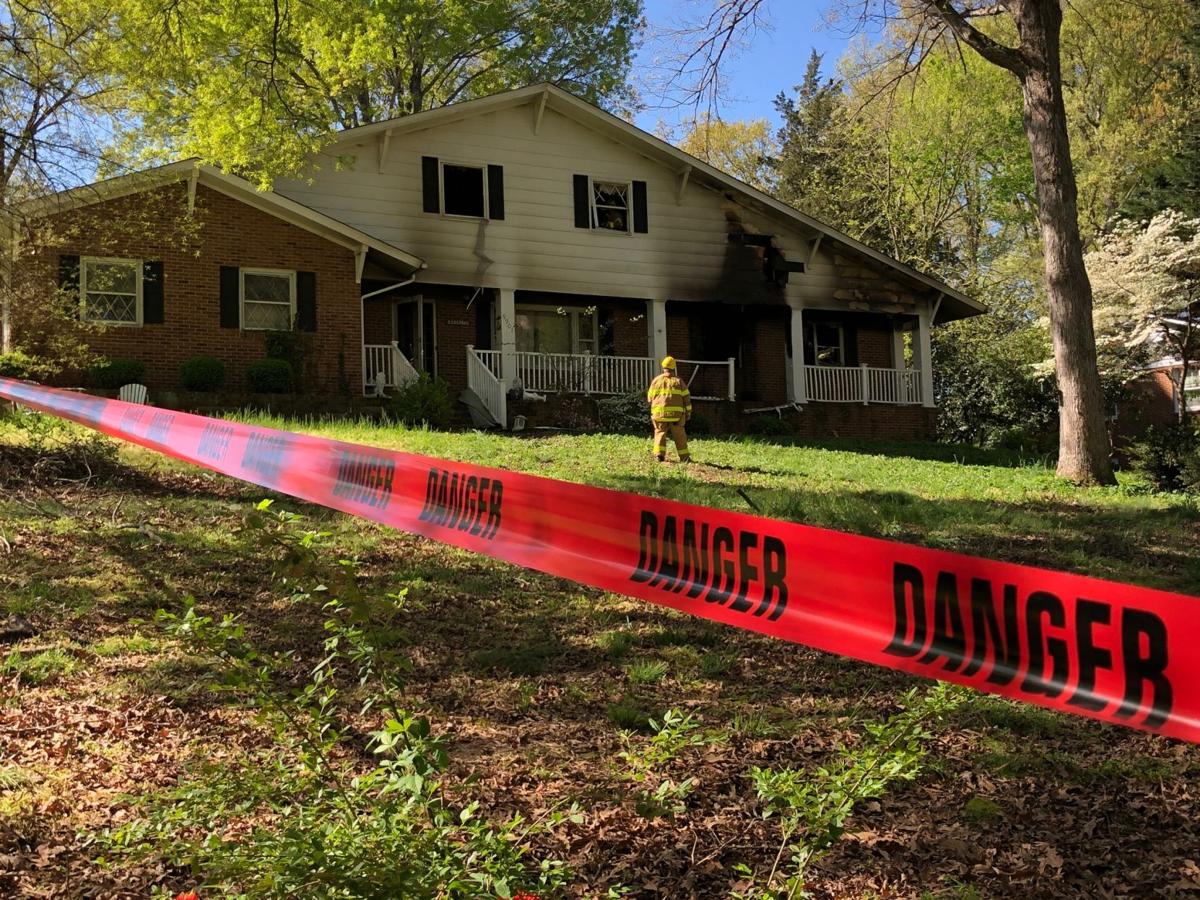 Chesterfield County fire crews were called early Friday to a two-story, single-family home in the 9900 block of Glass Road, which is off of Courthouse and Hull Street roads. Officials say nine people were inside at the time of the blaze; two women and four children have died. 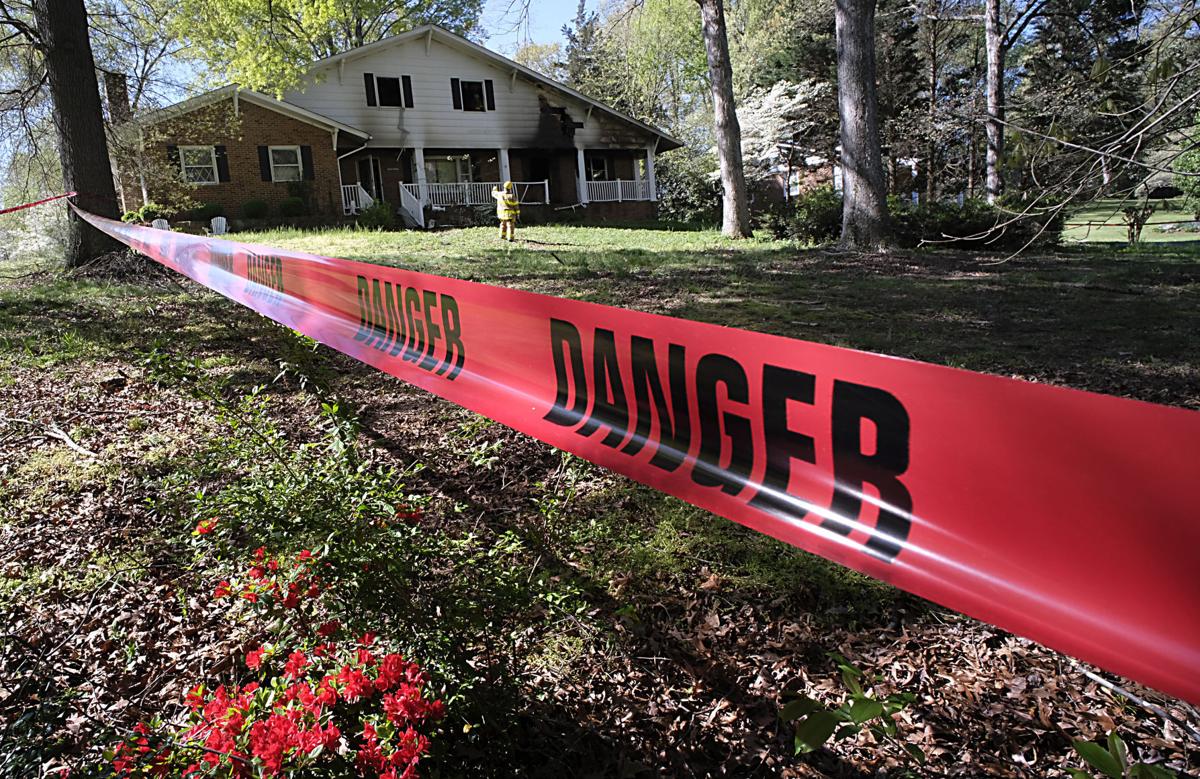 A Chesterfield firefighter looks at damage to the home at 9901 Glass Rd. in Chesterfield County, VA Friday, April 16, 2021. Four people were killed and three injured in the late-night fire. 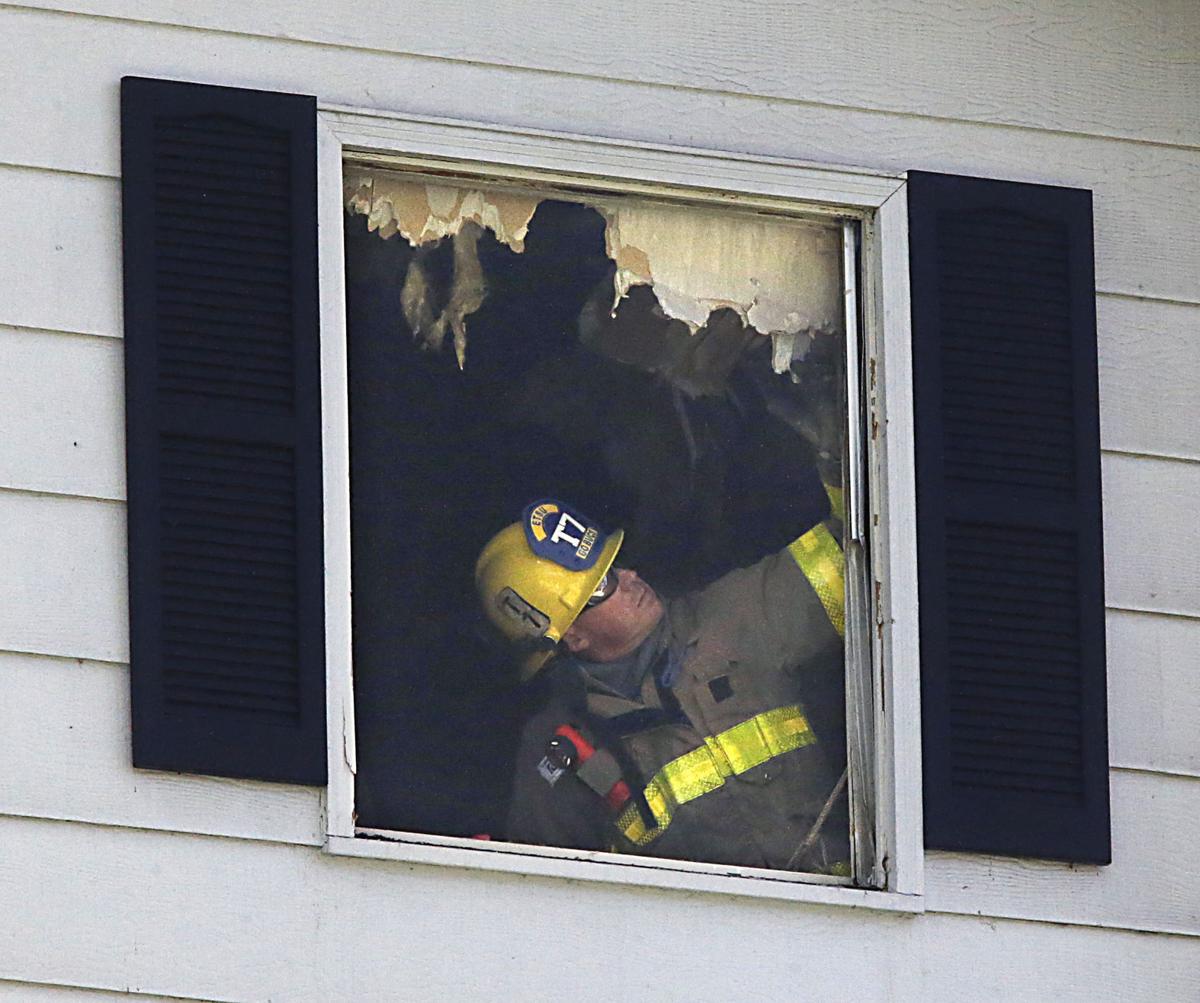 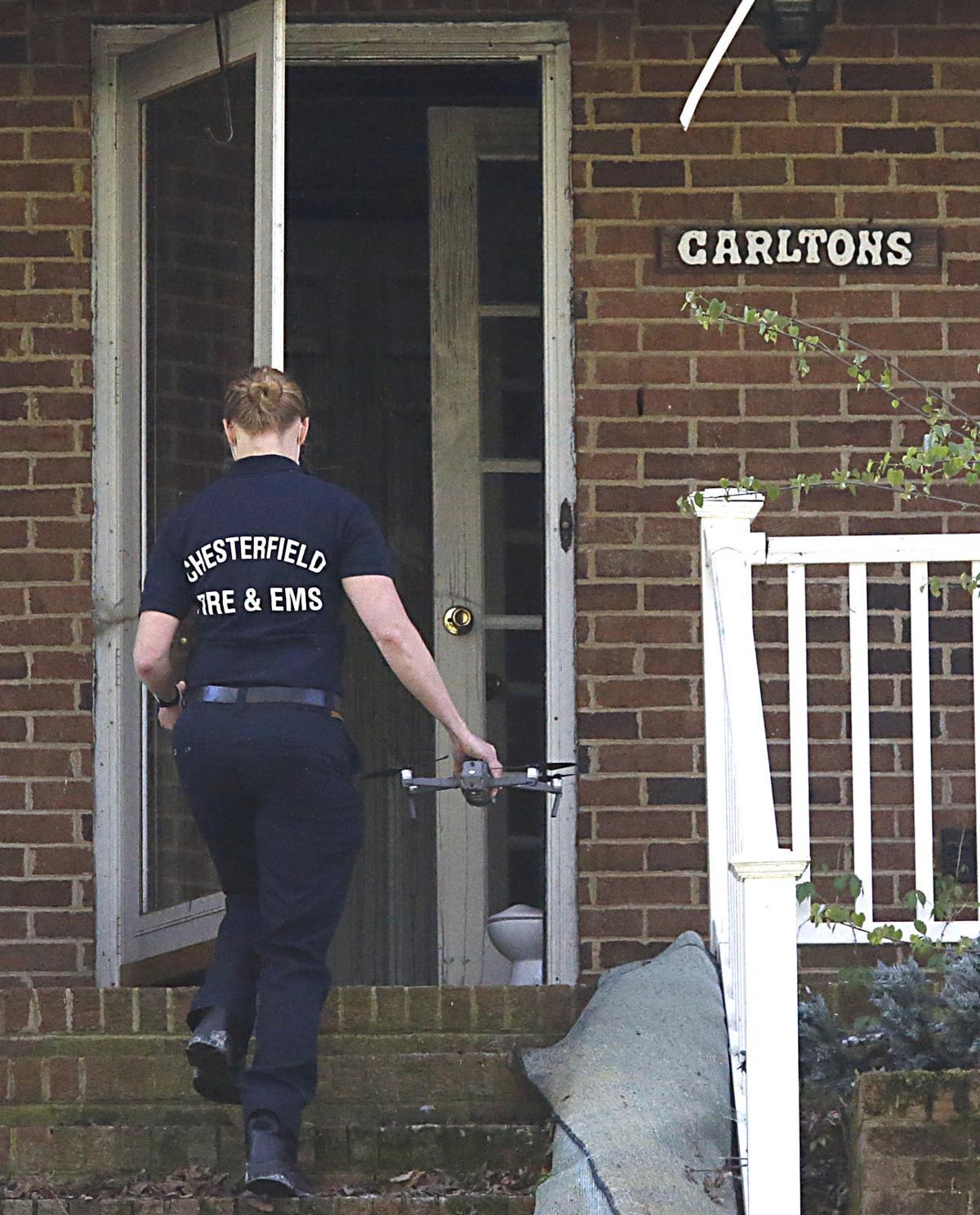 Four people, including three children, died after firefighters pulled them from a burning two-story home in northern Chesterfield County early Friday. Three other occupants are in critical condition.

The fire’s cause and the causes of death for the victims remain under investigation.

County fire crews were called at 12:11 a.m. to the single-family home in the 9900 block of Glass Road, which is in the Mayfair Estates subdivision off Courthouse and Hull Street roads.

The first crews to arrive at 12:17 a.m. encountered “heavy fire on the first floor in front of the residence” with heavy smoke throughout the first and second floors, Chesterfield Fire Chief Edward “Loy” Senter Jr. said at news conference Friday morning at the county’s public safety building.

He said a fire official who arrived at 12:19 was advised by a person at the scene that there could be as many as six people trapped inside the home. That official then immediately requested a second and third alarm, along with five additional ambulances.

Senter said all eight people removed from the home received advanced life support care and were transported to various local hospitals. Three of those transported died at hospitals. The condition of the eighth person was unclear Friday. The blaze was declared under control at 1:53 a.m.

The fire’s cause is being investigated by the fire marshal’s office in conjunction with Chesterfield police, Senter said.

“Investigators are working to establish the relationships, ages and next of kin of the victims,” the chief said. “We believe we’re dealing with a blended family.”

“For whatever reason, [the victims] were not able to get out or did not have enough advance warning to get out,” Senter said. “All of that will be determined as part of the investigation.”

In response to a question, Deputy Fire Marshal Joe Harvey said the fire started in a bedroom, where firefighters discovered one of the victims.

Senter said a great deal of work lies ahead as investigators examine and process the scene over the weekend.

“Our investigators will be interviewing a lot of witnesses and some of the victims who can handle the interviews at this time,” he said. “This is an active, ongoing investigation so we’re limited as to what we can say ... and there’s still a lot of information that we do not yet know.”

Senter commended the “courageous efforts” of public safety personnel “who were faced with insurmountable odds this morning when they arrived at a very complex and dangerous incident.”

“Without hesitation, they put their training and preparation to work, went into harm’s way and worked as a cohesive team to fight the fire, rescue entrapped occupants and provide the best possible care to those who were injured.”

Terry Pierce, who lives in the neighborhood about a block from the fire, said she was awake early this morning when she heard “a lot of sirens going off” around 12:10 a.m. “It was one after another, and I got up and I saw multiple fire trucks coming down the street.”

“So I stayed awake for hours because there was a lot of noise,” Pierce said. “And then eventually I fell off to sleep and woke up at 4:30 this morning and watched the news, and learned that it was in our neighborhood.”

Pierce said she’s concerned that two of the victims might be elementary school children that she frequently saw in the neighborhood.

“There were children who went to school with my granddaughter and they would always run up the street to meet the bus or run home every afternoon when they got off the bus,” she said. “I pray that it was not them [who were killed], but I also pray for whomever it was in that fire.”

“We respect the privacy of the family, and share our thoughts and prayers with those affected,” said the message, signed by the principals of each of the three schools.

“We also respect the need of the fire and police departments to conduct a thorough investigation and notify next of kin. Please know that we will be ready to support students’ needs on Monday as appropriate, and will share any information that we can over the weekend to prepare for Monday’s return. Take care. Hug your children. Have a good weekend.”

The note did not confirm that any of the three children who died attended the schools.

If the state medical examiner determines that Friday’s victims died as a result of the fire, the blaze would be one of the deadliest on record in Chesterfield.

In January 2016, a fire sparked by a discarded cigarette killed five members of a family at a home at 3401 Wicklow Lane in Chesterfield’s Bexley subdivision. At the time, Chesterfield fire officials called the blaze the worst single loss of human life on record, based on reports kept by the department dating to the late 1960s.

About a month later, a member of the Chesterfield Historical Society of Virginia came forward with information about a May 1964 fire that took the lives of six children in then-rural Midlothian in a blaze that officials at the time believed was started by a portable electric heater.

County and state fire records of the 1964 fire no longer exist.

Before the 2016 fire, the worst recorded loss of life in a Chesterfield fire occurred in October 1984, when four teenage friends died at a home on Clintwood Road in the Lake Genito subdivision.

Chesterfield County fire crews were called early Friday to a two-story, single-family home in the 9900 block of Glass Road, which is off of Courthouse and Hull Street roads. Officials say nine people were inside at the time of the blaze; two women and four children have died.

A Chesterfield firefighter looks at damage to the home at 9901 Glass Rd. in Chesterfield County, VA Friday, April 16, 2021. Four people were killed and three injured in the late-night fire.