Report: Black and Latino people make up 34% of Va.’s college age population, but 10% of some of the state’s biggest universities

Get to know Karen Stanley, CEO of CARITAS
0 comments
Share this
1 of 4 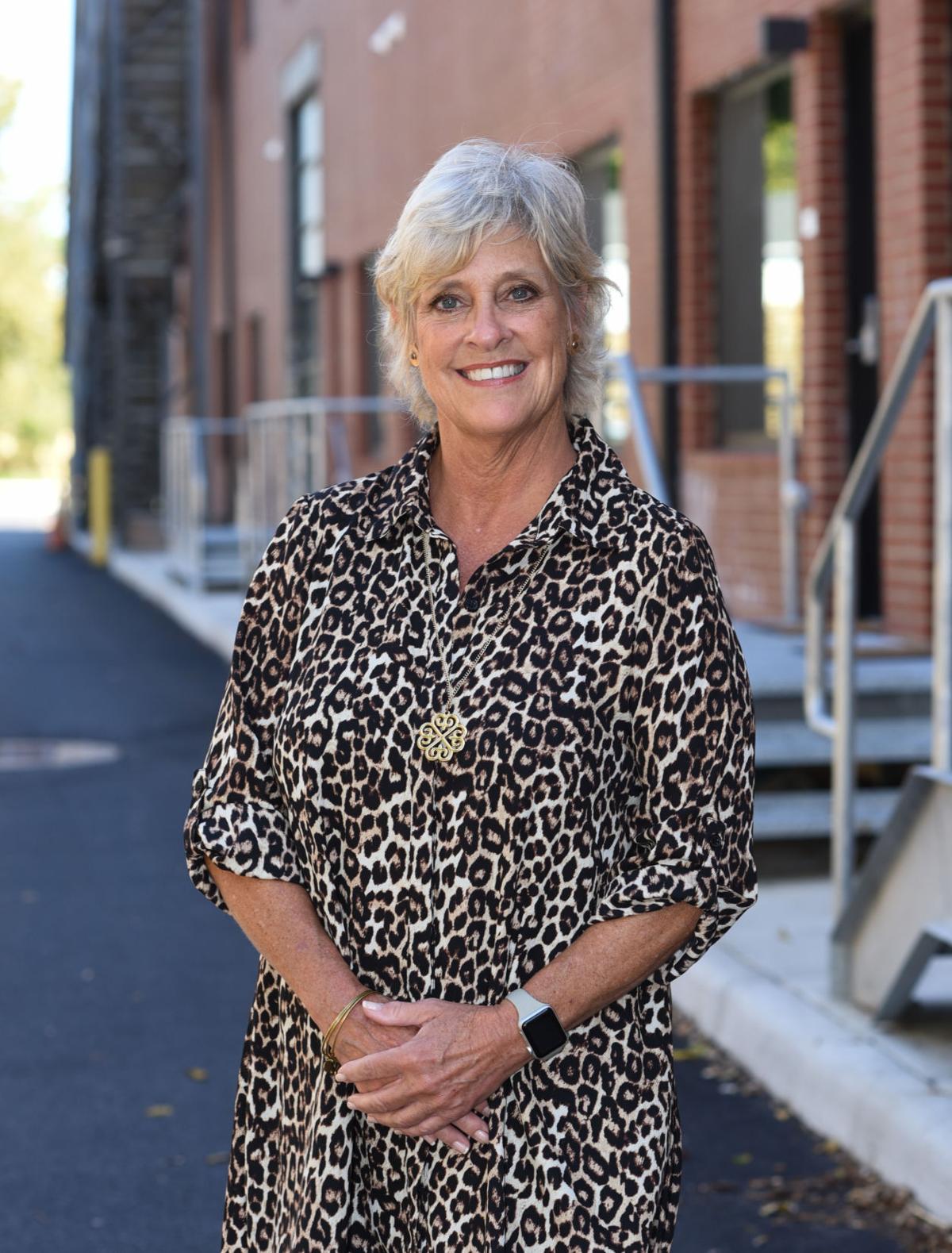 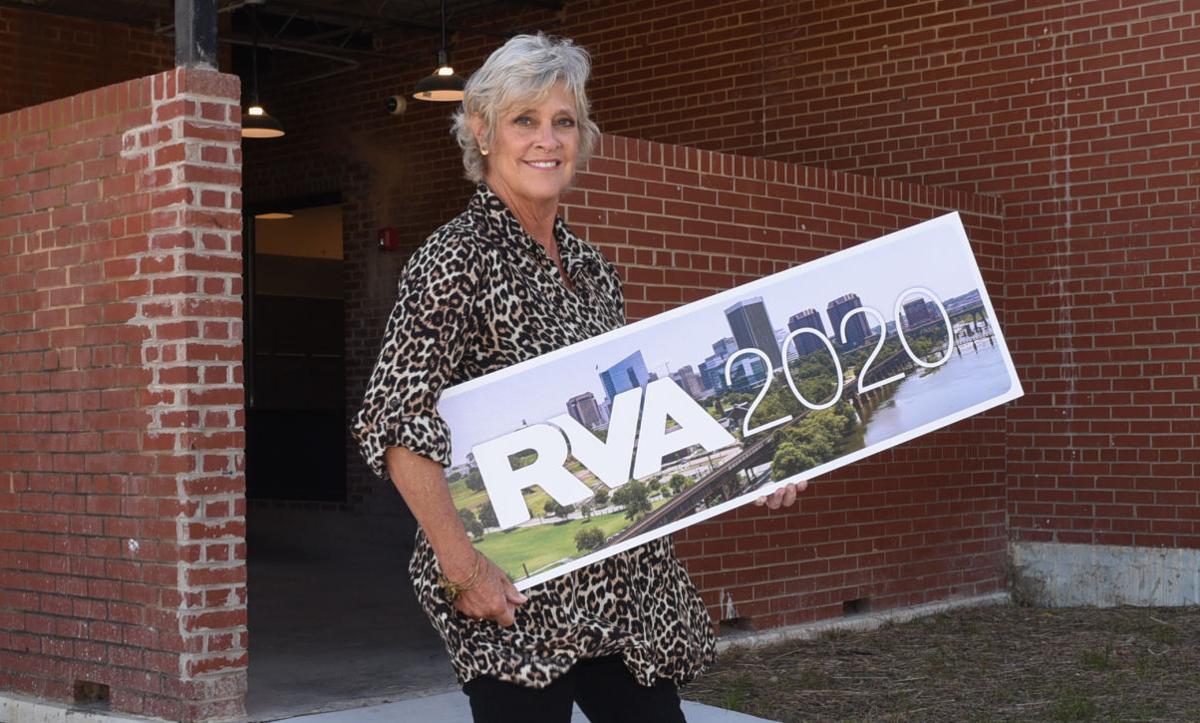 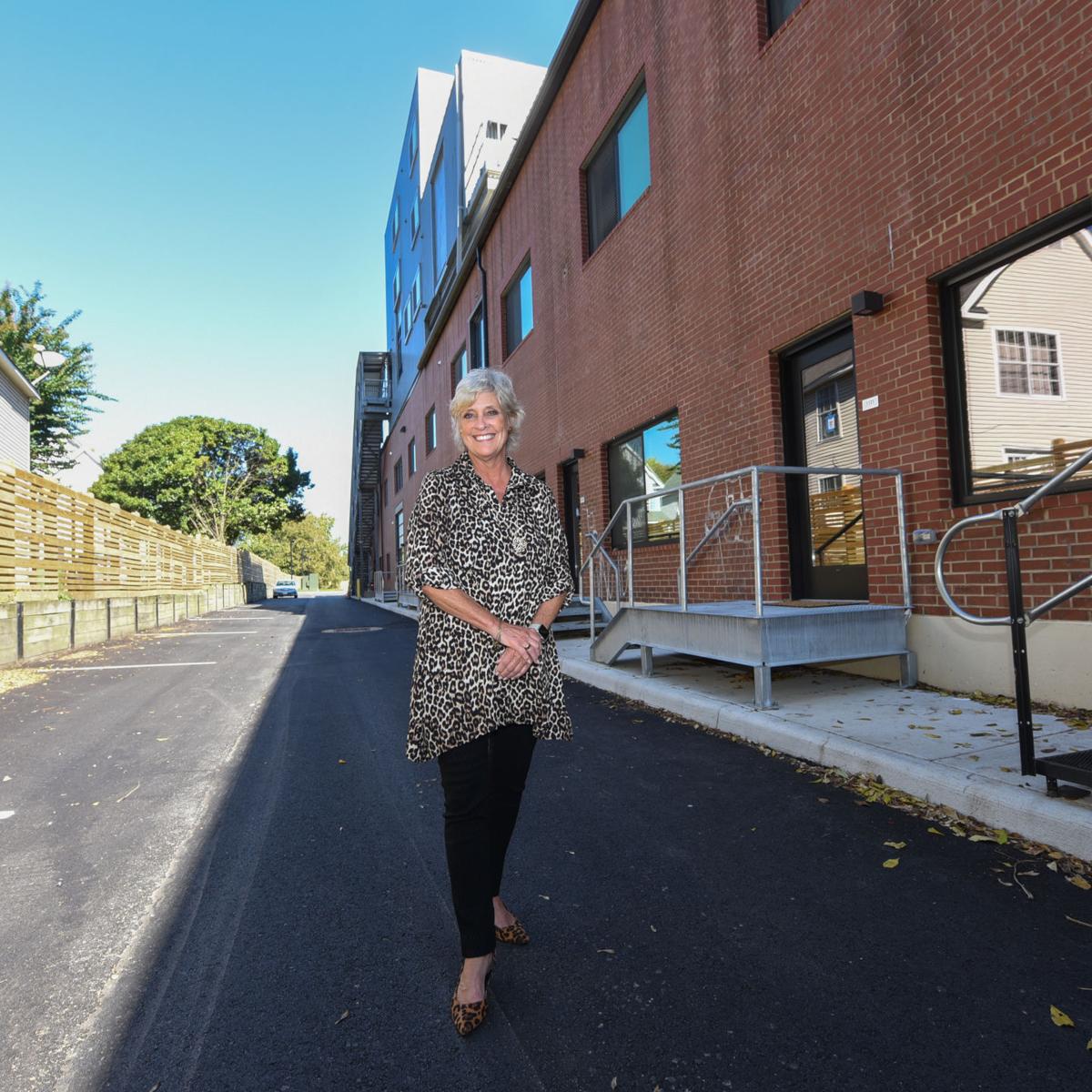 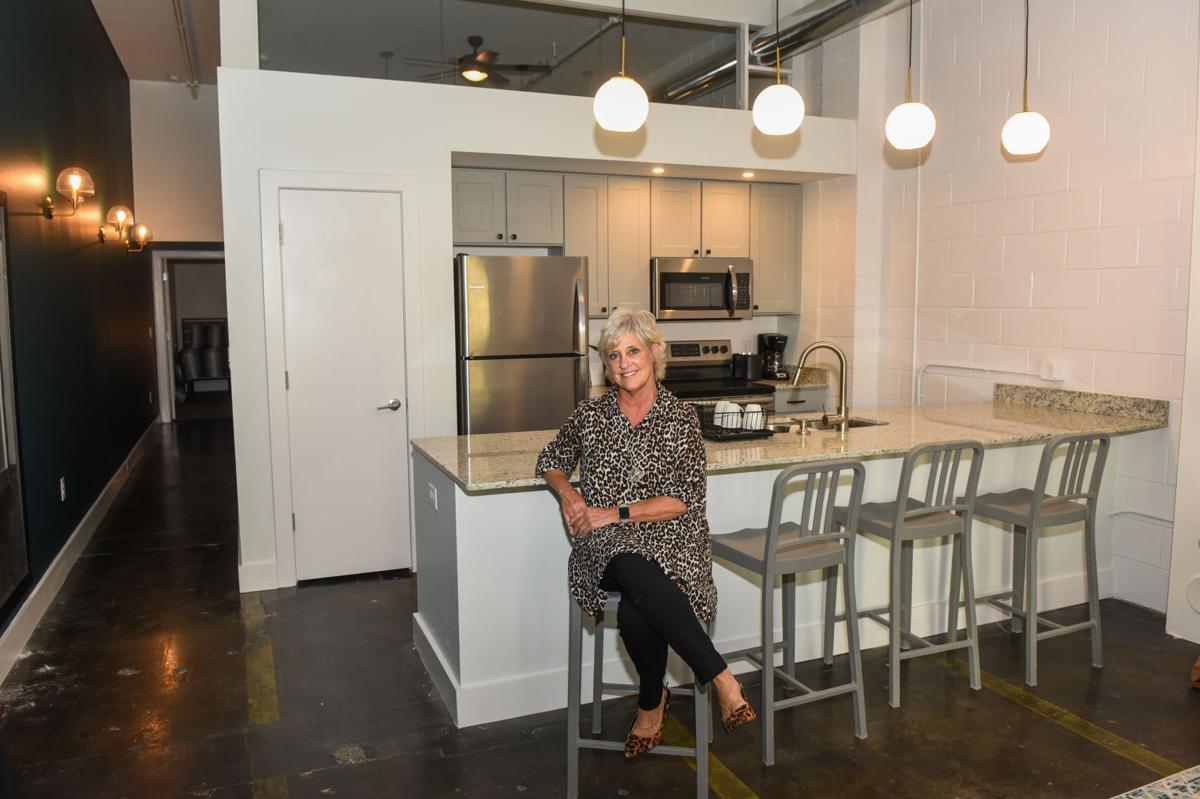 After decades working at the intersection of homelessness and addiction, Karen Stanley still tears up watching people turn around their lives.

"When you see the light come back on in somebody's eyes – and that hope comes back – it warms my heart," she said.

In 2020, Stanley marks her 20th anniversary as president and CEO of CARITAS, a nonprofit she has expanded from a winter-only shelter into a multiprogram agency that, based on its range of services, is rare in the U.S.

And after four years of planning, CARITAS has a new home: The $28 million CARITAS Center, which opened this year in South Richmond, consolidates programs that had been scattered across Richmond.

"Now we have all the solutions for solving homelessness and addiction under one roof," Stanley said. "We think it's really powerful."

CARITAS began in the 1980s as local faith congregations opened their doors to provide shelter. During her two decades, and now helped by a staff of about 80 and thousands of volunteers, Stanley has expanded its footprint to serve roughly 4,000 men and women annually through an array of programs:

* There are 68 year-round beds for men and women who are homeless.

* The Healing Place is a long-term residential addiction-recovery program that is free for up to 300 participants – with the new center offering placements for women.

* CARITAS Works teaches skills such as résumé-writing and workplace behavior. About 80 people graduate each year, and nearly all find jobs within 30 days, CARITAS said.

* The Furniture Bank provides free furniture, dishes, towels and other items to more than 800 households in need.

* There are 47 apartments rented by people battling substance use disorders. There, the residents adjust to sobriety and employment.

Stanley said she knows of no organization like CARITAS in the country "because we're doing so many different things."

Success stories include Charles Fitzgerald, who for more than 30 years resorted to theft to feed addictions to alcohol, cocaine and other drugs. Fitzgerald, 64, now works for a North Richmond church and is a member of the CARITAS board.

Fitzgerald credits faith – and Stanley – for turning his life around: "She's a product of God.”

Stanley, who grew up in the Midwest and West, moved to the Richmond area in 1993. From 1996 to 2000, she was the domestic violence coordinator for Chesterfield County police.

"I was dealing with families fleeing domestic violence and becoming homeless," she said, and her work led her to join the CARITAS board.

Stanley became executive director in 2000, when the nonprofit was a $350,000-a-year shelter program. She has nurtured it into a nearly $5 million operation, with most money coming from donations and other private sources.

Stanley's "boldness" is a big factor in that growth, said Kelly King Horne, executive director of Homeward, which coordinates homeless services in the Richmond region.

"CARITAS is not afraid to set big, hairy, audacious goals" – like the new center – "and achieve them," Horne said. She calls Stanley "an amazing leader" who "believes in the people she works with and those who CARITAS serves.”

The CARITAS Center occupies a former tobacco factory and covers nearly a city block at 2220 Stockton St. on South Side, near Jefferson Davis Highway. During the pandemic, the agency has made adjustments, such as suspending on-site volunteering in the spring, but it has kept operating.

"Homelessness and addiction don't stop for a virus," Stanley said.

She noted that the work of CARITAS benefits the public, too. For example, the Jefferson Davis area near the new center is known for prostitution.

"Addiction is a big driver of prostitution, so if we can be a beacon of hope for the women, that would be great,” Stanley said. "Think about reducing crime along Jefferson Davis and what that does for economic development."

IN HER WORDS: KAREN STANLEY

In January 2000, I was at my church helping to run our week of CARITAS. Both of my kids were with me.

My son, Michael, was learning how to play chess with a guest whose name was Robert. The next day was my daughter’s ninth birthday, and Kelly wanted to go back to church and help serve dinner rather than do something else for her birthday. When Robert saw Kelly, he gave her a dollar bill.

She came to me in tears, knowing what a special gift that was. Until Kelly left home for college, that dollar bill was lovingly stored in a heart-shaped box on her dresser.

That same week in January, I got to know a guest named Edward Northington – and sadly, just weeks later in February, Edward was found brutally murdered.

During this time, my heart was clearly being pulled toward serving people who were homeless. In March, I began running CARITAS.

My father’s parents divorced when he was very young so that his dad could follow his dream of singing and acting on Broadway. I never met either of his parents, but I have a 78 rpm record set of “Down in the Valley” and many of the playbills from shows in which he performed.

He had a beautiful baritone voice and incorporated a cane into his later performances as he struggled with multiple sclerosis. He was in his late 50s when he died.

As a kid, I loved fantasy and read mostly from that genre – "The Chronicles of Narnia" series, "A Wrinkle in Time," etc. When the "Harry Potter" books came out, I devoured them.

If I could wave my magic wand and spend the day at Hogwarts with Harry Potter and his friends, I would have a blast! Mischief managed!

I’m a muscle car aficionado – Pontiacs especially. Don’t be surprised if you see me someday driving a late 1960s model GTO or Firebird!

If I had an artistic bone in my body, I’d love to be either an architect or an interior designer. Working on the new CARITAS Center was exhausting but greatly rewarding, and I realized that I loved being part of a team that created beautiful spaces for our staff. It was a fascinating process to experience.

As a CARITAS board member in the late 1990s, I had the pleasure of working with Wally Stettinius as he led our strategic plan to become a year-round emergency shelter. Wally had just retired as CEO of Cadmus Communications, and we were the first organization to benefit from his generous time. He has since helped hundreds of nonprofits in many ways.

As I moved from being a board member to CEO, I felt very connected to him and have always come to him with new ideas for CARITAS. I know that if I can answer all his questions about the strategy, then I’m ready to talk with the board about the idea.

Prior to my role with CARITAS, I had never supervised anyone. During a leadership training opportunity, a 360-degree evaluation was conducted. One of the things that came out of it from the people I work with was that I didn’t take time to celebrate our successes before I was on to the next adventure and project.

I have since built a phenomenal leadership team at CARITAS. I greatly trust them to grab my reins and remind me to take that necessary time – and to provide me with honest feedback.

Share a personal reflection on how the pandemic has affected you.

In the early days of COVID-19, I think my team was reeling. We had daily conversations about how to continue to serve our most vulnerable neighbors while keeping them and our front-line staff safe.

The men living at 700 Dinwiddie Ave. – in the CARITAS men’s shelter and in The Healing Place – were at extremely high risk due to the sheer numbers there and the underlying health issues of both populations. At full occupancy, there are about 180 men in the building. We eventually had to lock everyone in for about nine weeks. The resilience the men showed was nothing short of miraculous.

In time, though, we had to begin strategizing about how best to bring new men into the program, as the community need was great. Our staff was fielding 10 to 20 calls a day from men who needed help with their substance use disorder. Our reality was that more people were dying from the disease of addiction than from the pandemic.

With our medical partners, we came up with a plan and began to let cohorts of men be tested and quarantined together, then begin the recovery program as a group. It was scary – but definitely the right thing to do.

The RTD Person of the Year program honors servant-leaders and others who strengthen the Richmond region. Our honorees for 2020 will be spotlig…