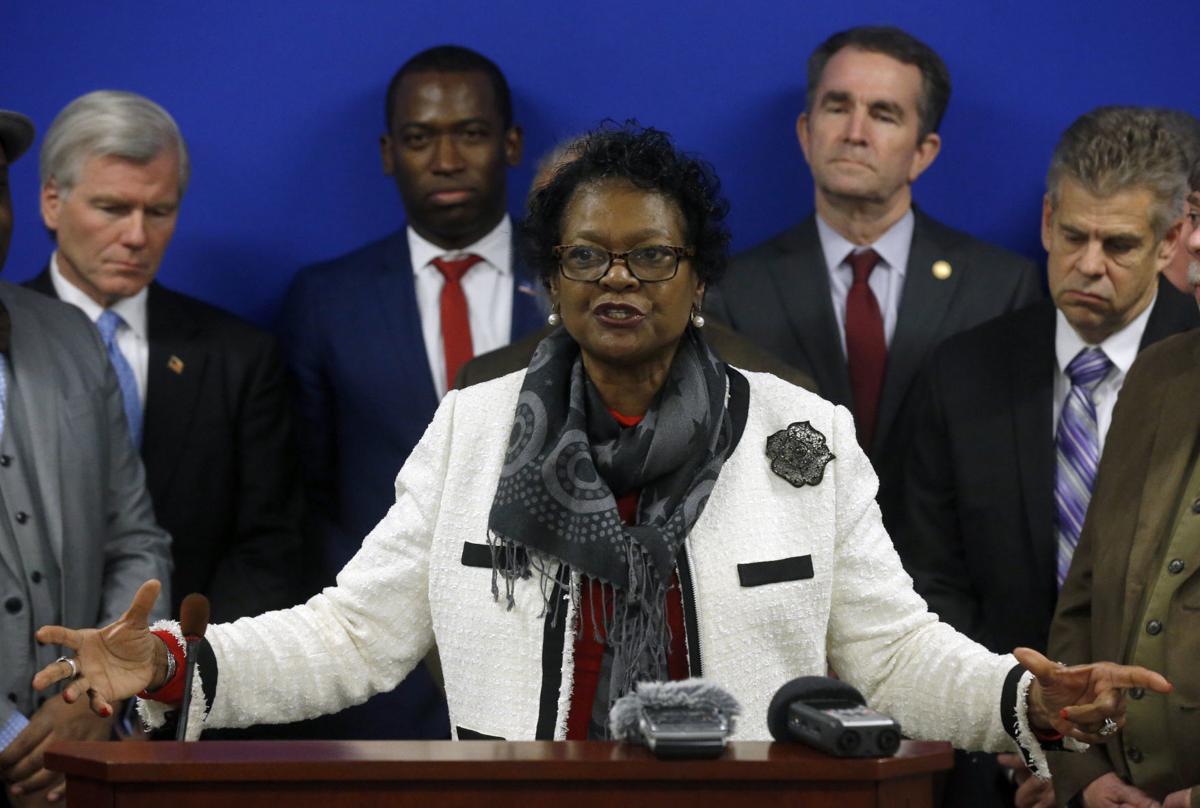 Del. Delores McQuinn, D-Richmond, spoke about the Year of Reconciliation and Civility proclamation on Wednesday at a news conference at the Pocahontas Building. 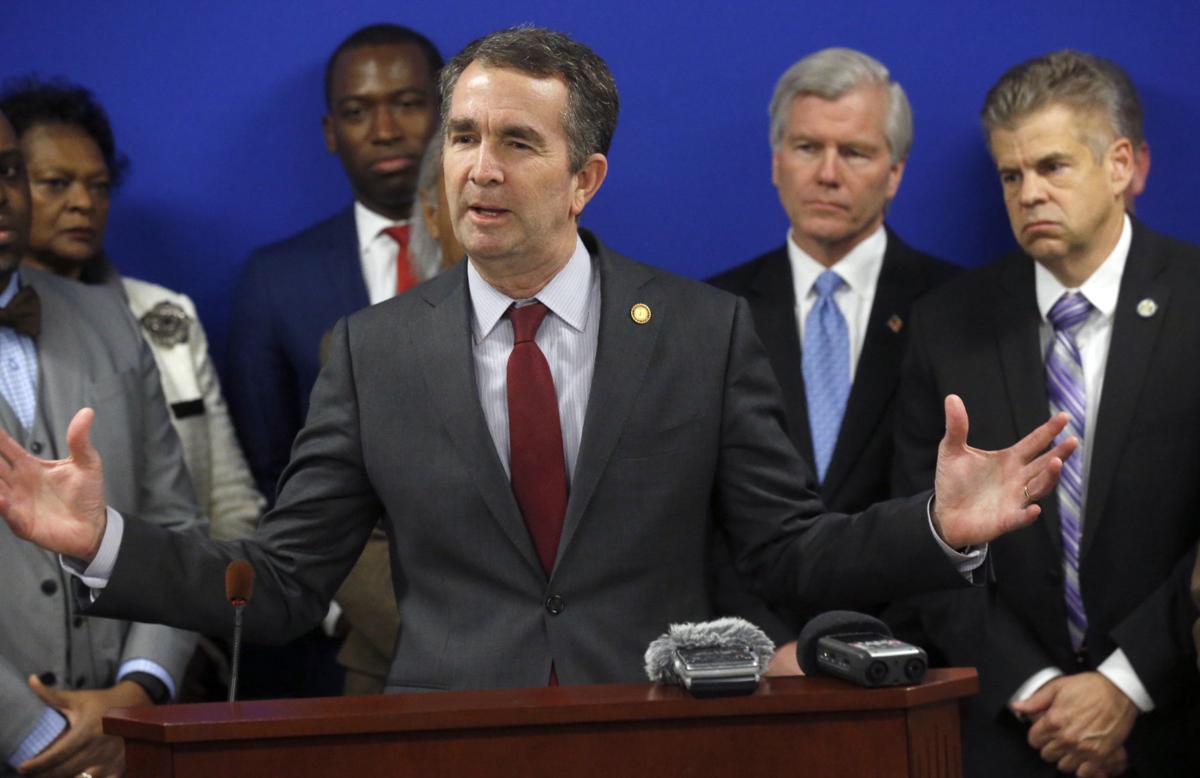 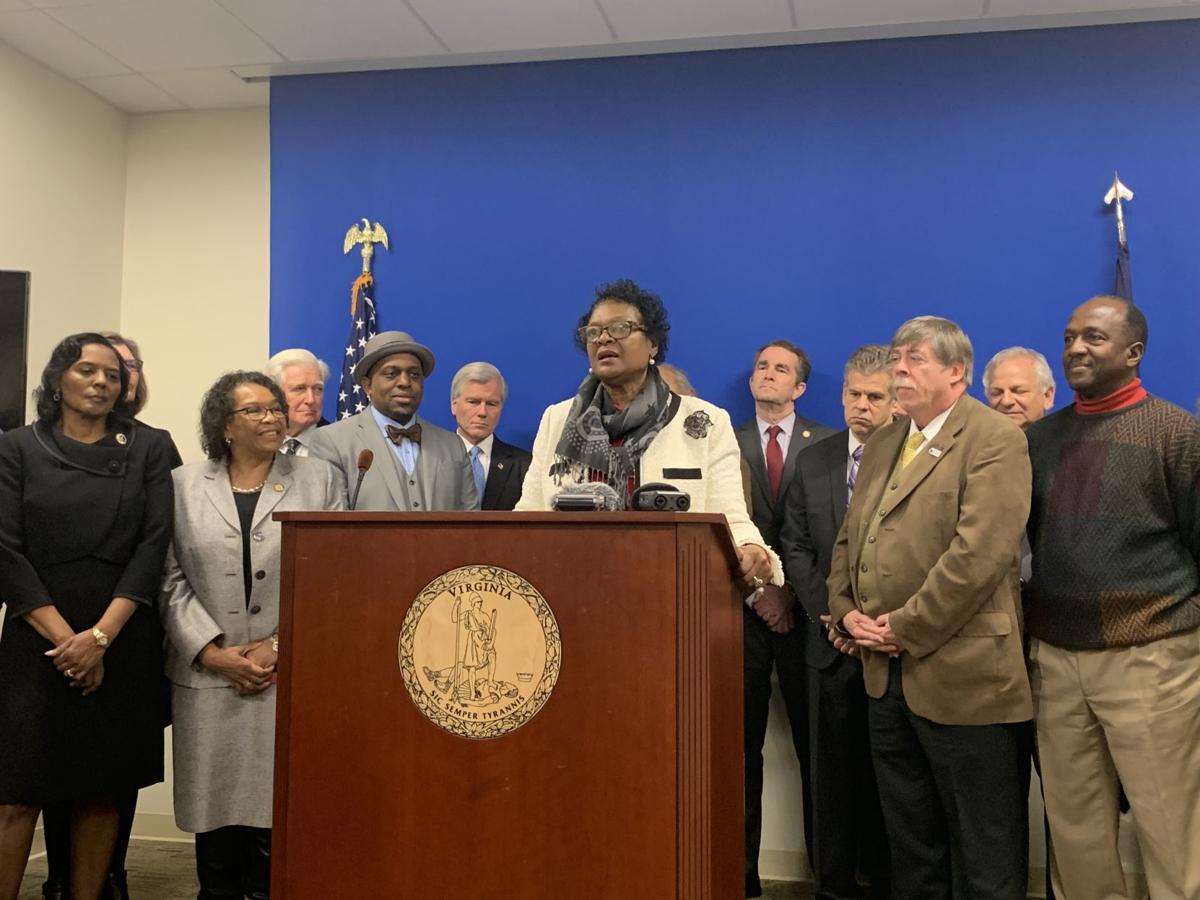 As Virginia celebrates the 400th anniversary of its legislature, a bipartisan coalition of leaders in government, business and the faith community are calling on Virginians to make 2019 a year of "earnest racial reconciliation and healing."

At a news conference Wednesday, Gov. Ralph Northam; former Gov. Bob McDonnell, a Republican; and other members of a group calling itself Virginians for Reconciliation announced a resolution making 2019 the Year of Reconciliation and Civility.

"Virginia must today lead in breaking down the racial barriers and building up new relationships to usher in a more civil and just and equitable society," McDonnell said.

The resolution will coincide with the 400th anniversary of the first enslaved African Americans being brought to Virginia and the groundbreaking of the new National Slavery Museum at the Lumpkin's Slave Jail site in Richmond.

In addition to the resolution, the group is planning to promote events and activities this year to shine a light on the state's history of racial oppression.

Among planned activities are a monthly walk on the Richmond Slave Trail led by various state and local leaders, pastor exchanges in several participating churches, a resolution in the state legislature and other public events that will be held throughout the year.

"It is at this moment in time we truly have an opportunity to make a paradigm shift and live up to the true creed of our nation and ensure equal justice for all," said Del. Delores McQuinn, D-Richmond, who is supporting a House version of the resolution.

"In order to accomplish this goal," she said, "we must have a real dialogue — that I call 'Truth and Reconciliation' — about the history and existence of racism, sexism, anti-Semitism and other '-isms' that create injustices in this country."

Northam, who presented his version of the resolution at Wednesday's news conference, said it should also be a moment to remember Virginians who championed civil rights, such as school desegregation activist Barbara Johns and the nation's first elected African-American governor, L. Douglas Wilder.

"There are good things to tell about Virginia and some things we need to learn from," Northam said.

McDonnell, governor in 2010-14, said his former secretary of the commonwealth, Janet Vestal Kelly, proposed the idea for the group to him last year.

Like others who spoke, Kelly said there are still signs of racial prejudice and discrimination today, recalling the deadly white nationalist protest in Charlottesville in 2017 and testimony from African-American friends and colleagues about disparate treatment.

"While the events in Charlottesville may have been a public example of Virginia's challenges with race, the truth is we see evidence of them every day, if we're looking," Kelly said.

State lawmakers on Wednesday killed a bill that would have allowed localities to remove Confederate memorials, disappointing activists who say…

Del. Delores McQuinn, D-Richmond, spoke about the Year of Reconciliation and Civility proclamation on Wednesday at a news conference at the Pocahontas Building.