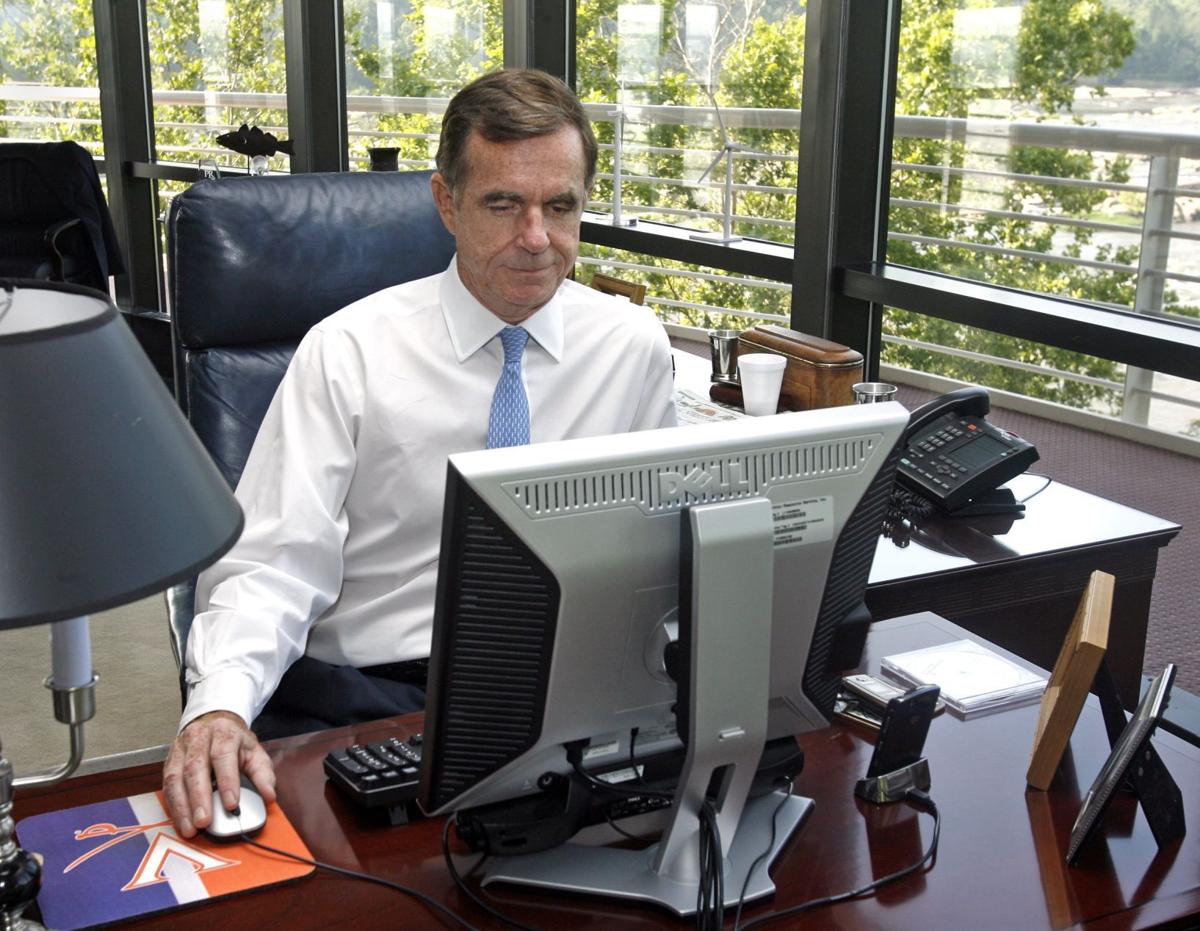 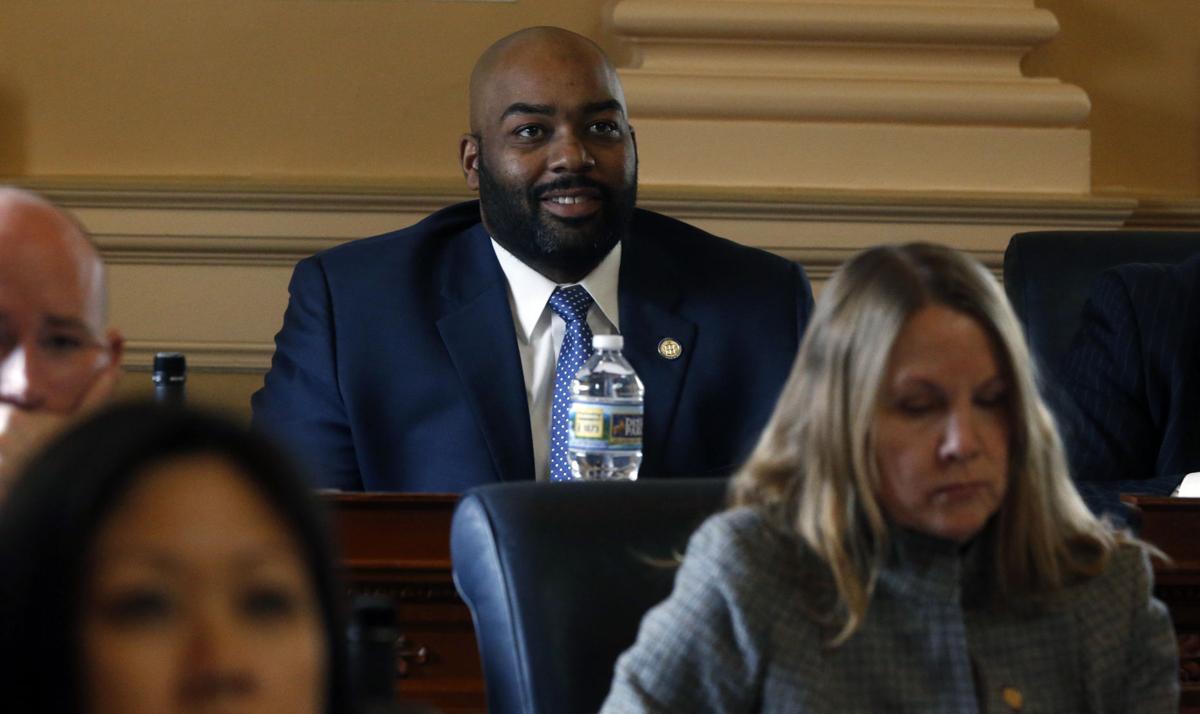 Del. Lamont Bagby, D-Henrico, listens during the floor session of the Virginia House of Delegates at the State Capitol in Richmond, VA Monday, Jan. 22, 2018.

A Democratic lawmaker sponsoring a major electricity rate bill backed by Dominion Energy is the director of operations for a small charity that received five- and six-figure donations from company CEO Tom Farrell and the company’s foundation. The legislator and executive said this week that the matters are unrelated.

Del. Lamont Bagby, D-Henrico, is in his third General Assembly session and had not previously patroned or co-patroned any bills related to energy. This year, he agreed to be chief co-patron of a bill from Del. Terry Kilgore, R-Scott, that was written with help from Dominion.

Bagby said he wasn’t aware — but that he should have been — of a $100,000 donation from Farrell in 2016 and a second donation to his charity from the Dominion Foundation. A spokesman for Farrell said the CEO was not aware Bagby worked for the Peter Paul Development Center when he made the donation, which other representatives of the charity requested during a capital campaign.

Having Bagby on board gives Dominion’s bill a boost among Democrats in the House. There are many new faces in a House of Delegates where Democrats gained 15 seats last year — some of them pledging not to take money from Dominion. Having a Democratic House co-sponsor is important for the company in making the bill bipartisan. Last year, Republicans in the GOP-controlled House named Bagby to the important Commerce and Labor Committee, and he’s also the new chairman of the Virginia Legislative Black Caucus.

The Virginia Poverty Law Center says an initial analysis shows the bill would be a windfall for utilities like Dominion, would reduce State Corporation Commission authority over the profit margin earned by monopoly utilities, and would mandate that new projects be paid for by customers with no cost or risk to Dominion stockholders. Dominion says the bill will save customers money and is touting the bipartisan sponsorship of the legislation.

A news release Friday in support of the bill included comments from Bagby, along with Kilgore and the Senate patrons, Sens. Frank Wagner, R-Virginia Beach, and Dick Saslaw, D-Fairfax. Saslaw, Wagner and Kilgore are heavy-hitters in the legislature, key Dominion allies and top recipients of Dominion campaign money. Saslaw is the top recipient of Dominion money in the legislature, having received $328,008, according to the Virginia Public Access Project. Kilgore is Dominion’s No. 2 recipient at $171,391. Wagner has accepted $97,235.

Bagby was elected in July 2015 to succeed former Del. Joe Morrissey. Bagby works as director of operations for the Peter Paul Development Center, a charity that runs an after-school program, summer program for children and other services in Richmond’s less-affluent east side. The charity’s most recent annual expenditures were listed on an annual report as just over $1.4 million.

Farrell has personally given $5,000 annual donations to the charity going back to at least 2012, according to annual reports the charity posts online. The Dominion Energy Charitable Foundation, which awards about $20 million annually to causes in Virginia and other states, has donated between $500 and $5,000 a year since 2014, according to Peter Paul center reports.

The foundation upped the amount to $25,000, according to the Peter Paul center’s 2016-2017 annual report. Dominion spokesman Ryan Frazier said the donation was made in December 2015. Farrell agreed in June 2016 to a $100,000 donation for a Peter Paul capital campaign, in addition to his annual $5,000 donation, Frazier said.

Farrell declined to be interviewed about the donations.

Frazier said Farrell did not know Bagby worked for the Peter Paul center when Farrell met in June 2016 with the center’s executive director, Damon Jiggetts, and committed to $100,000 over two years. That meeting included a second Peter Paul staff member and a third person, board member Justin Moore III, a lawyer and son of a late former chairman of Dominion’s predecessor company.

“He did not know (Bagby) worked for Peter Paul,” Frazier said Monday. “He believes and has for a while that Peter Paul is critical to the revitalization efforts of the East End.”

Bagby said he was not aware of the donations from Farrell and Dominion to his charity. He said his job is focused on how money is spent, not who gives it.

“I didn’t even know that. I should have known that, but I didn’t get involved in that,” Bagby said Monday in an interview in his General Assembly office. “... It frustrates me now because I should have looked at that prior to signing on, but I think (the bill) is the right thing for my constituents.”

Bagby said he got involved in the issue on his own accord by reaching out to Dominion representatives to ask what movement lawmakers could expect from the company on returning more oversight of their base electricity rates to the State Corporation Commission.

Bagby said he was told Dominion would have a legislative plan. “I wanted to be part of it because I wanted to be in the room early and have a greater sense of understanding,” he said.

He said Dominion and Kilgore asked him to co-patron the bill during their discussions, and he agreed.

Mary Doswell was a senior executive at Dominion when she joined the board of the Peter Paul Development Center in July 2015, and is now retired from Dominion. She said she encouraged the Dominion Foundation to become more engaged in donating to the center because the foundation supports charities where employees are board members.

The new legislation on electricity rates follows a Wagner bill signed in 2015 by Democratic Gov. Terry McAuliffe that froze base electricity rates for Dominion and Appalachian Power Co. and temporarily stopped the State Corporation Commission’s ability to order refunds if the public-service monopolies earned above their agreed-upon rate of return. The law has resulted in hundreds of millions in overearnings for Dominion, according to the SCC.

The rate freeze — which Dominion said was necessary because of uncertainty over an Obama administration plan to reduce carbon emissions — is among several issues to prompt a high level of scrutiny of the company in the past few years.

Last year, 13 candidates who refused to take campaign money from Dominion won seats in the House of Delegates.

Dominion Rules: Is Dominon's grip on political power at a crossroads?

Del. Lamont Bagby, D-Henrico, listens during the floor session of the Virginia House of Delegates at the State Capitol in Richmond, VA Monday, Jan. 22, 2018.