Gov. Terry McAuliffe’s list of felons believed to have had their political rights restored cannot be kept secret under the legal exemption cited by the governor’s office, according to an opinion released Tuesday by the state’s advisory council on open records.

In an opinion issued this week, the Virginia Freedom of Information Advisory Council said the list of roughly 206,000 felons believed to meet the criteria of McAuliffe’s sweeping rights restoration order does not qualify as an executive working paper.

The FOIA council’s opinions are nonbinding and cannot compel release of a contested government record.

Even if the list was prepared for “personal and deliberative use” in the governor’s office, the council wrote, the exemption would no longer apply if the list was distributed to the Virginia Department of Elections for voter registration purposes. The department has used the list, shown to have glaring errors, to remove felons’ names from a list of prohibited voters within the voter registration system.

In the same opinion, the council said the elections department can withhold the same list under protections for voter registration data, because state law makes no distinction between information on registered voters and the list of prohibited voters within the same system.

The opinion was released in response to a request from the Virginia Capitol Correspondents Association.

McAuliffe spokesman Brian Coy said the administration feels the FOIA council’s conclusion is “wrong” and will continue to keep the list confidential until an official clemency report is made to the General Assembly next year.

“We don’t agree with that interpretation of the law,” Coy said Tuesday.

FOIA requests to the governor’s office have been denied under the working papers exemption. The elections department has denied the same requests citing the voter-data exemption.

Coy said the list is a working paper until it’s uploaded into the voter system. At that point, he said, it becomes a protected election record.

General Assembly Republicans have called on McAuliffe to release the list. A GOP spokesman reiterated that position Tuesday, saying “the list is of incredible interest to the public.”

“He’s simply attempting to avoid accountability for the mistakes they know they’ve made,” said Matt Moran, a spokesman for House of Delegates Speaker William J. Howell, R-Stafford. Howell and other Republicans have filed a lawsuit seeking to have the Supreme Court of Virginia overturn the order, but McAuliffe has said he’s on solid legal ground.

McAuliffe’s office has denied multiple FOIA requests from media outlets, including the Richmond Times-Dispatch, and others seeking a comprehensive list of the people believed to meet the criteria for the governor’s April 22 order.

McAuliffe has acknowledged the existence of data errors that led some felons — including killers and sex offenders — to be included on the list despite not having completed their sentences and supervised release.

The FOIA council opinion noted that there is some factual dispute over the list’s existence, but the governor’s office has referenced the list publicly.

In a footnote, Everett said that when the council contacted the governor’s office about the opinion, it was told “there is not a specific list of felons whose rights have been restored, but rather a process by which the voter registration system database is updated.”

Describing the process in May, the governor’s office said the list of felons was developed “to facilitate the process for registrars and others.”

Apocalypse Wow: Inside the luxury doomsday bunkers designed to protect the global elite

Apocalypse Wow: Inside the luxury doomsday bunkers designed to protect the global elite 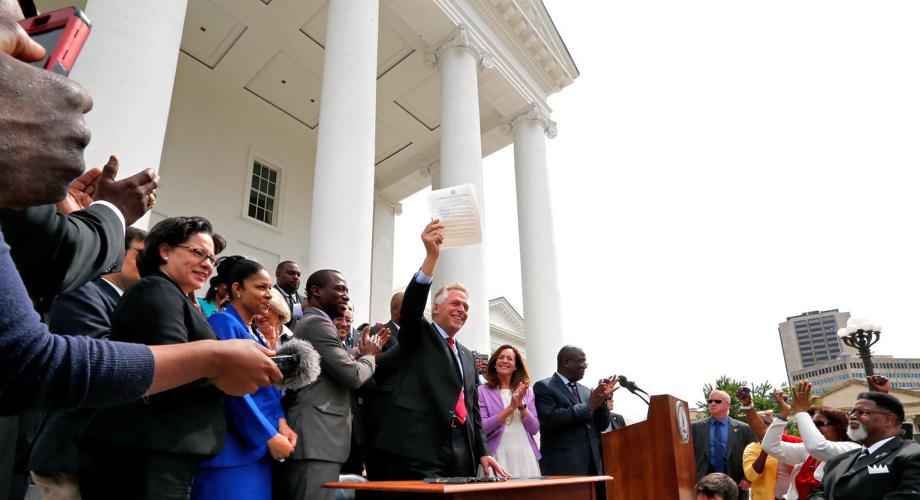 McAuliffe holds up the executive order he signed to restore voting rights to about 206,000 felons. The blanket order was later struck down by the state’s high court. 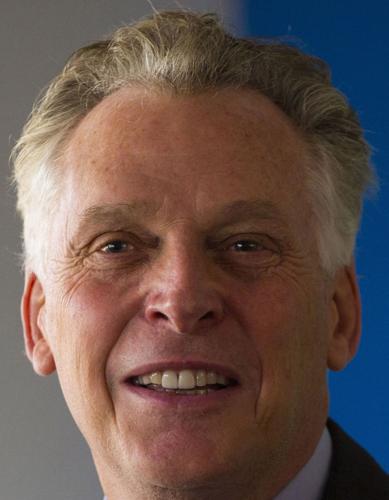