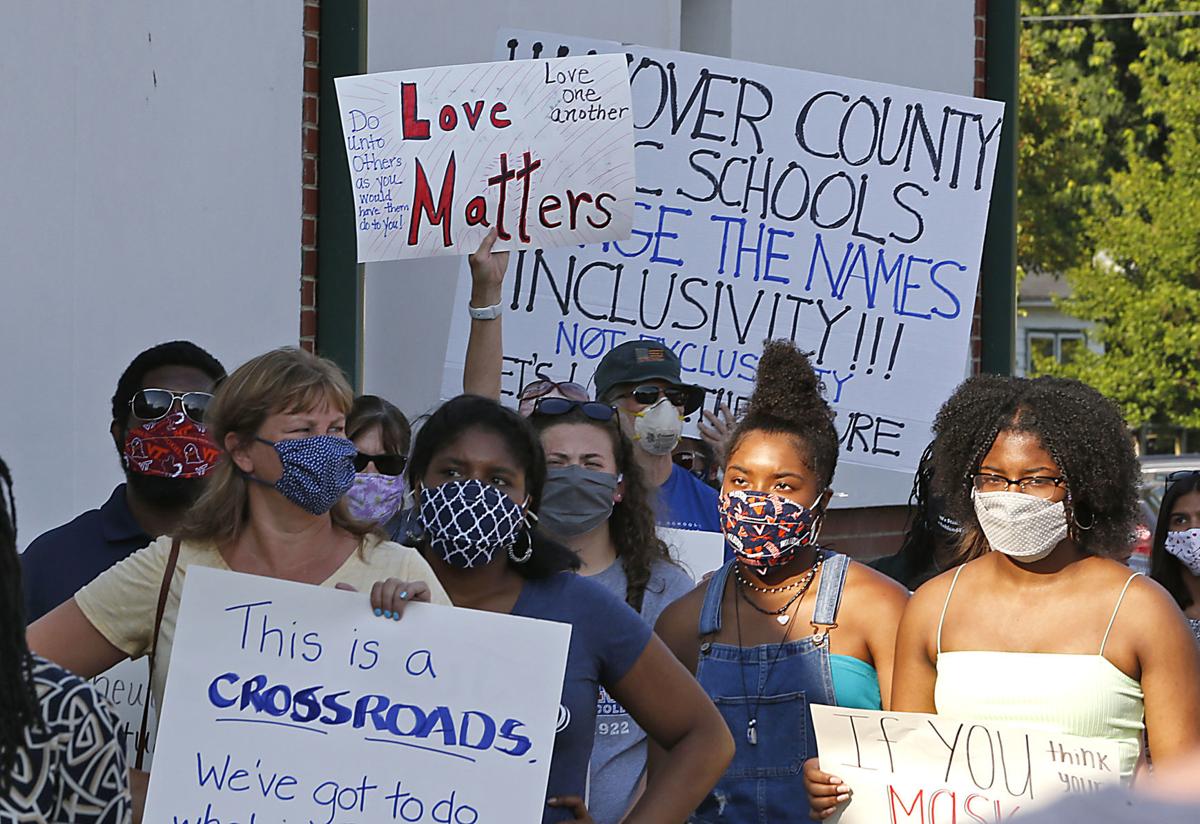 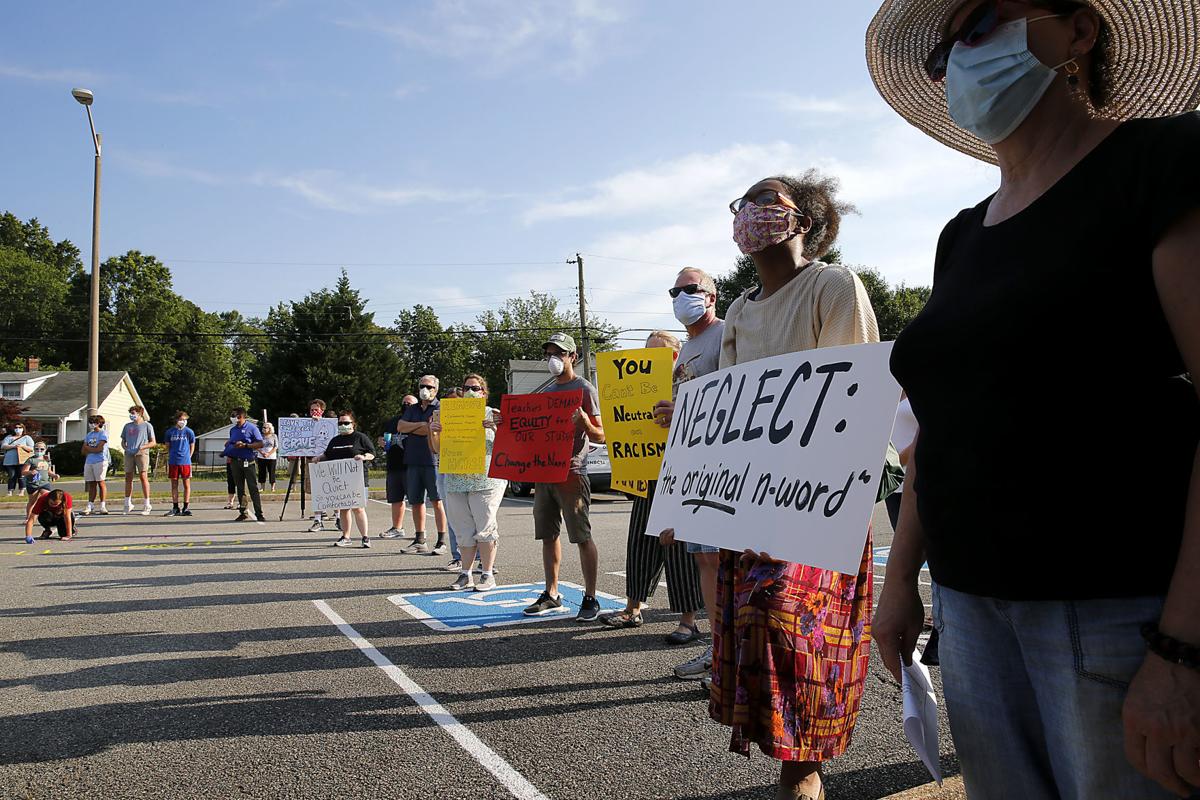 Kourtney Wilson (right, with sign) was one of about 100 protesters outside Tuesday’s School Board meeting. 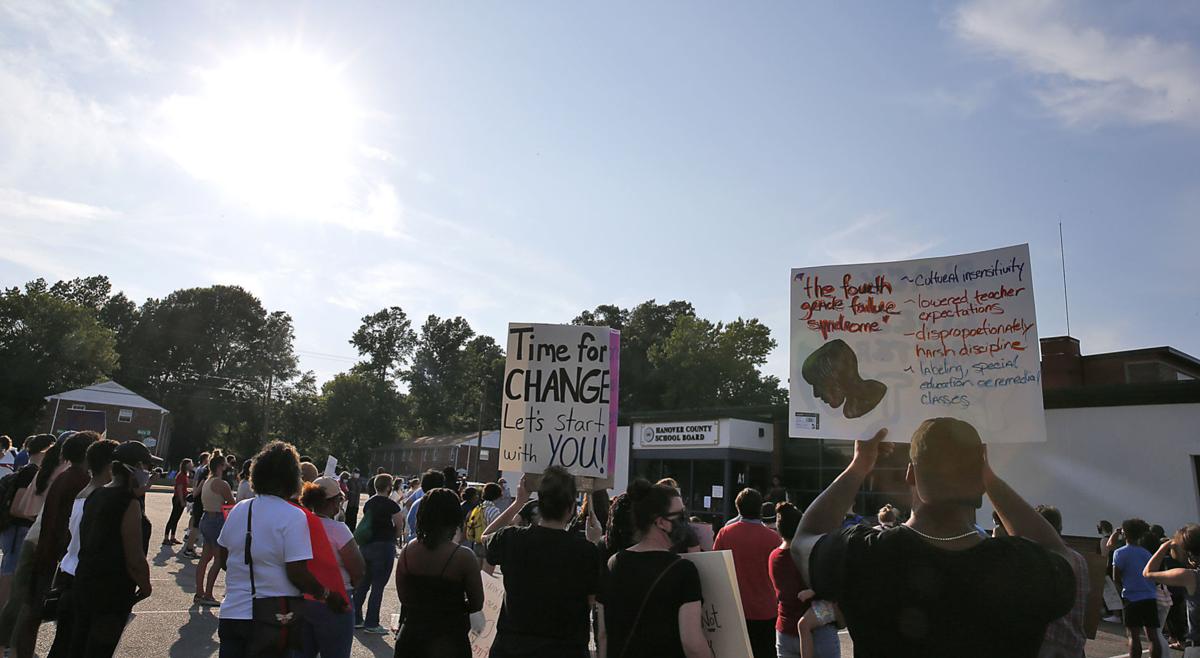 A protest outside the Hanover County School Board in Ashland Tues. June 9, 2020. 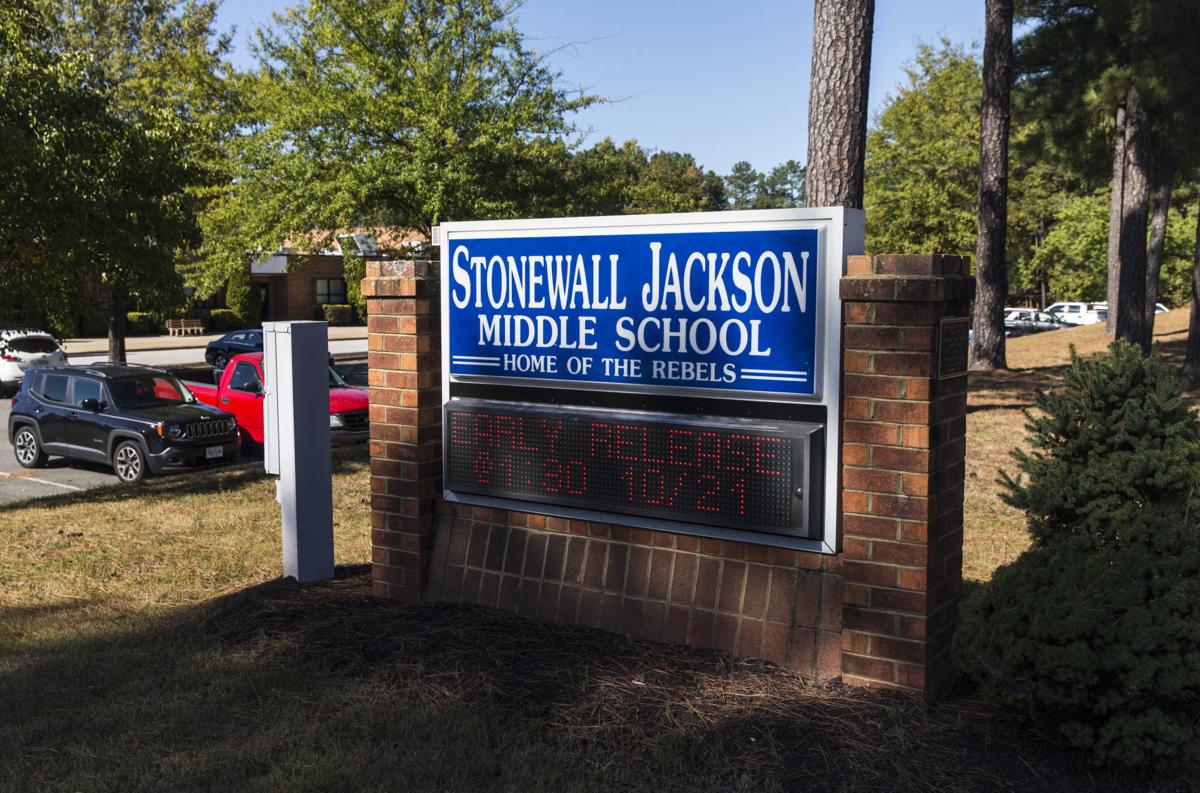 Kourtney Wilson (right, with sign) was one of about 100 protesters outside Tuesday’s School Board meeting.

A protest outside the Hanover County School Board in Ashland Tues. June 9, 2020.

The Hanover chapter of the NAACP filed a notice of appeal on Wednesday in its case against the Hanover School Board aimed at changing the names of Lee-Davis High School and Stonewall Jackson Middle School.

The appeal follows a judge’s dismissal of the case in May. The judge ruled the statute of limitations for filing the lawsuit had expired.

Hanover NAACP’s president Robert Barnette said the group plans to outline its argument in an appeal filing in the next two weeks.

“We feel our case is strong enough to be heard in court,” Barnette said. “We feel so strongly that black and brown kids are not welcome in Hanover County Schools. We need that culture to change. One way to get that change moving is to change these school names.”

The lawsuit is not the only call to change the name of the two schools. A rising junior at Lee-Davis High School, Sophie Lynn, started a new petition to change the name of her school earlier this week. She said she was inspired by many calls across the state of Virginia to take down symbols of the Confederacy.

In Richmond, Mayor Levar Stoney said that on July 1 the City Council will begin working on the state-required process to take down confederate monuments on Monument Avenue. On Wednesday night, protesters toppled the statue of Jefferson Davis, who was president of the Confederacy. Gov. Ralph Northam also ordered removal of the Robert E. Lee monument on Monument Avenue, but it’s been temporarily blocked by a judge.

On Tuesday, protesters gathered outside of the Hanover County School Board building to call for an end to racism in the district. They also called for the names of the schools to change.

Prior to the lawsuit, the school board voted against changing the names of the two schools in a 5-2 vote. The vote followed a survey that showed that 3 in 4 stakeholders wanted to keep the names.

Members of the school board either did not respond to interview requests Thursday or referred a reporter to the board chair, John Axselle, who did not respond.

NAACP just doesn't know when to quit! If there was a similar White organization it would be called racist by Blacks! They can have Jett, Ebony, etc. magazines that are exclusively Black but if we had an exclusive White magazine it would be called racist. You have the United Negro College Fund but if you had a White college fund it would be racist! You have this Southern Poverty Law Center Law, whatever, which self appointedly determines that things are racist and labels Whites as racists and it is the most racist entity I have ever seen. Congratulations, you have become a step above the KKK in racism in the opposite extreme! I think you need to be less than 10% or say 5% of the population to have a minority status! Like the leech, everything is over free stuff, free stuff, free fake status brought to you by the democrat, liberal left, Marxist, socialist, communists who are bleeding this country dry to support those who have no intention of pulling themselves up, bettering themselves or helping themselves except to free stuff, compliments of mostly White tax payers , many no better off than themselves. Rob the poor and give to the privileged poor! Really?

This ain’t goin’ away. Hanover needs to concede they were wrong trying to defend the confederate names at the behest of their KKKonstituency.

“ A rising junior at Lee-Davis High School, Sophie Lynn, started a new petition to change the name of her school earlier this week.”

The NAACP, doing their duty in keeping America divided.

I wonder how long this wonderful uniting agency would last if all the top jobs were voluntary, with only expenses paid?

Does anyone know who funds them? RJuvenile, speak up. Period.

I hope the Hanover School Board files for and obtains that all their legal fees are paid for by the NAACP.

They won’t have grounds when they lose on appeal.

The money would just go back into the pockets of their KKKonstituents anyway.

.... which will be stolen from them by your Antifa friends, Flaky. Period.

When did ANTIFA ever steal anything?