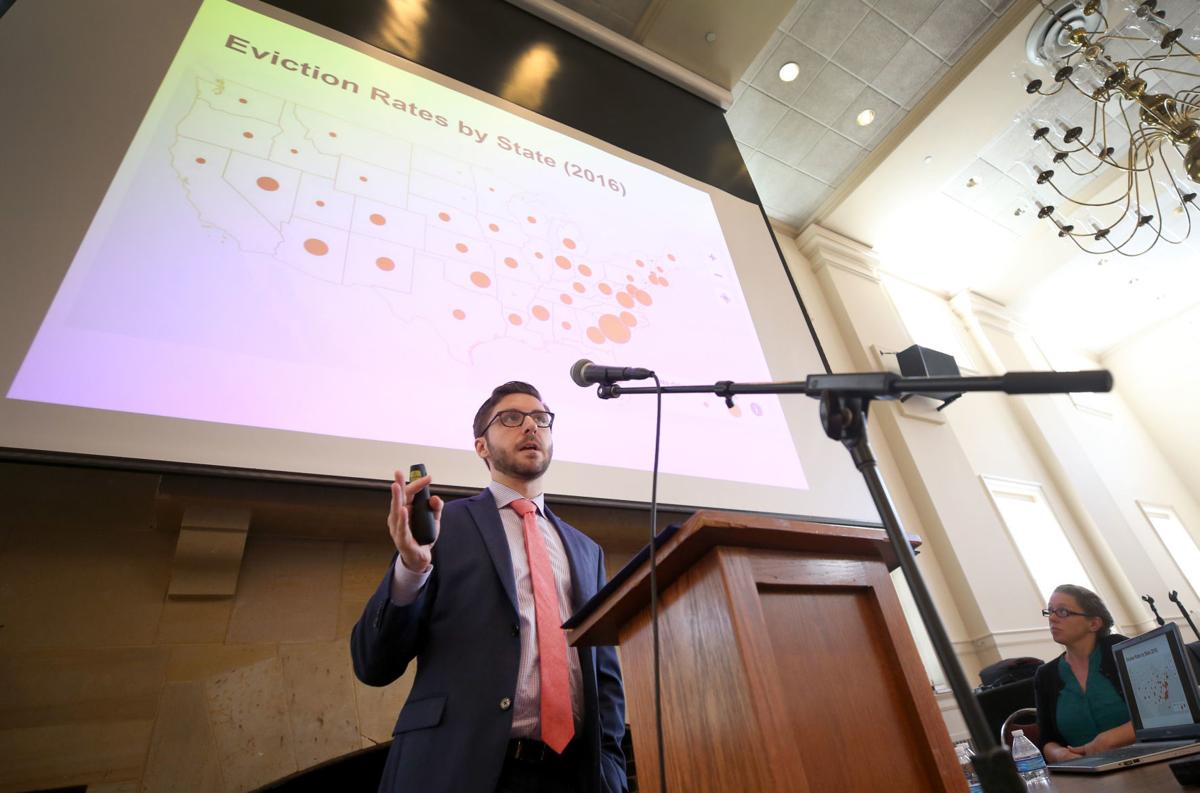 Jonathan Knopf, a researcher at Housing Virginia, said: “We know anecdotally why evictions are happening. But we really need to get deeper into that component.” He said the data fails to offer solid answers about the causes. 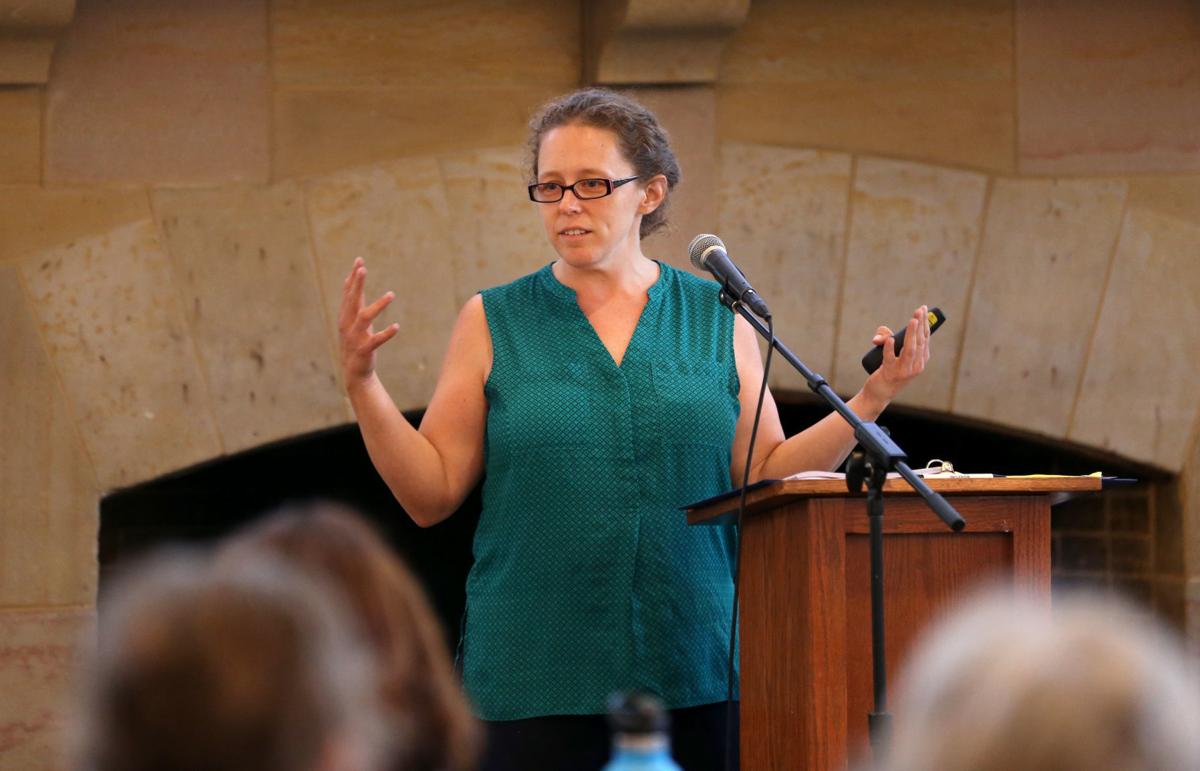 Kathryn Howell, with VCU, talks during the initial meeting of the Campaign to Reduce Evictions (CARE) at First Baptist Church on Tuesday May 22, 2018.

Legal aid and affordable housing advocates joined apartment industry representatives and dozens of other groups Thursday to launch a campaign to bring down high eviction rates in Virginia.

The effort, dubbed the Campaign to Reduce Evictions, begins a little over a month after Princeton University’s Eviction Lab, led by sociologist and author Matthew Desmond, found that half of the 10 large U.S. cities with the highest eviction rates are in Virginia.

“Webster’s defines an epidemic as an outbreak, or rapid spread or growth or development of disease,” said Tonya Kernodle, a tenant advocate on the campaign’s steering committee. “We have fallen prey to the eviction epidemic.”

She told the group of about 100 from around the state about her eviction last year after she challenged her landlord’s decision to begin a major renovation while she and her family were still living there.

“I share this with you so when you think about evictions, you don’t think it’s a certain kind of person,” she said. “I’m 47 years old. I pay taxes. I’ve never used an illegal substance or even smoked a cigarette.”

The meeting, held at First Baptist Church in Richmond, was primarily organizational. The effort is separate from the eviction study group launched by the Virginia Housing Commission this month.

In addition to hearing from Kernodle, members of the group presented statistics, outlined what they still need to learn and answered questions.

The Eviction Lab placed Richmond second in the nation for evictions. The data also shows that eviction rates are disproportionately high in areas with high black and minority populations.

But Jonathan Knopf, a researcher at Housing Virginia, said the existing data doesn’t offer any solid answers as to what’s leading to evictions and who is filing them.

“We know anecdotally why evictions are happening,” he said. “But we really need to get deeper into that component.”

Aletha Parker, the vice president of the Virginia Apartment and Management Association, pointed out what’s been a common response among those in the apartment industry: that not all eviction filings actually lead to evictions.

“Is there data that the sheriff’s departments keep that would say, here are the number of people who actually lost their homes?” she asked.

Martin Wegbreit, with the Central Virginia Legal Aid Society, responded that such a figure wouldn’t count people who simply move without requiring the sheriff to respond.

“It’s true that not every judgment results in an actual displacement, but the actual possession data probably under counts rather than over counts because of all the people who move,” he said.

Kathryn Howell, a professor at Virginia Commonwealth University's Wilder School who studies affordable housing, said those are exactly the kinds of questions they want to answer as they continue their research.

Christie Marra, a lawyer with the Virginia Poverty Law Center who is leading the campaign, said the next step will be to organize three work groups: one to study potential legal and court reforms, one to look at prevention programs and one to look at affordable housing.

They plan to reconvene in September to deliver recommendations.

Richmond's public housing authority filed eviction lawsuits against 1 out of 4 tenants last year. Some private landlords are even more aggressive.

Jonathan Knopf, a researcher at Housing Virginia, said: “We know anecdotally why evictions are happening. But we really need to get deeper into that component.” He said the data fails to offer solid answers about the causes.

Kathryn Howell, with VCU, talks during the initial meeting of the Campaign to Reduce Evictions (CARE) at First Baptist Church on Tuesday May 22, 2018.