Governor's office: Inspector General to give report of Parole Board investigation to legislators 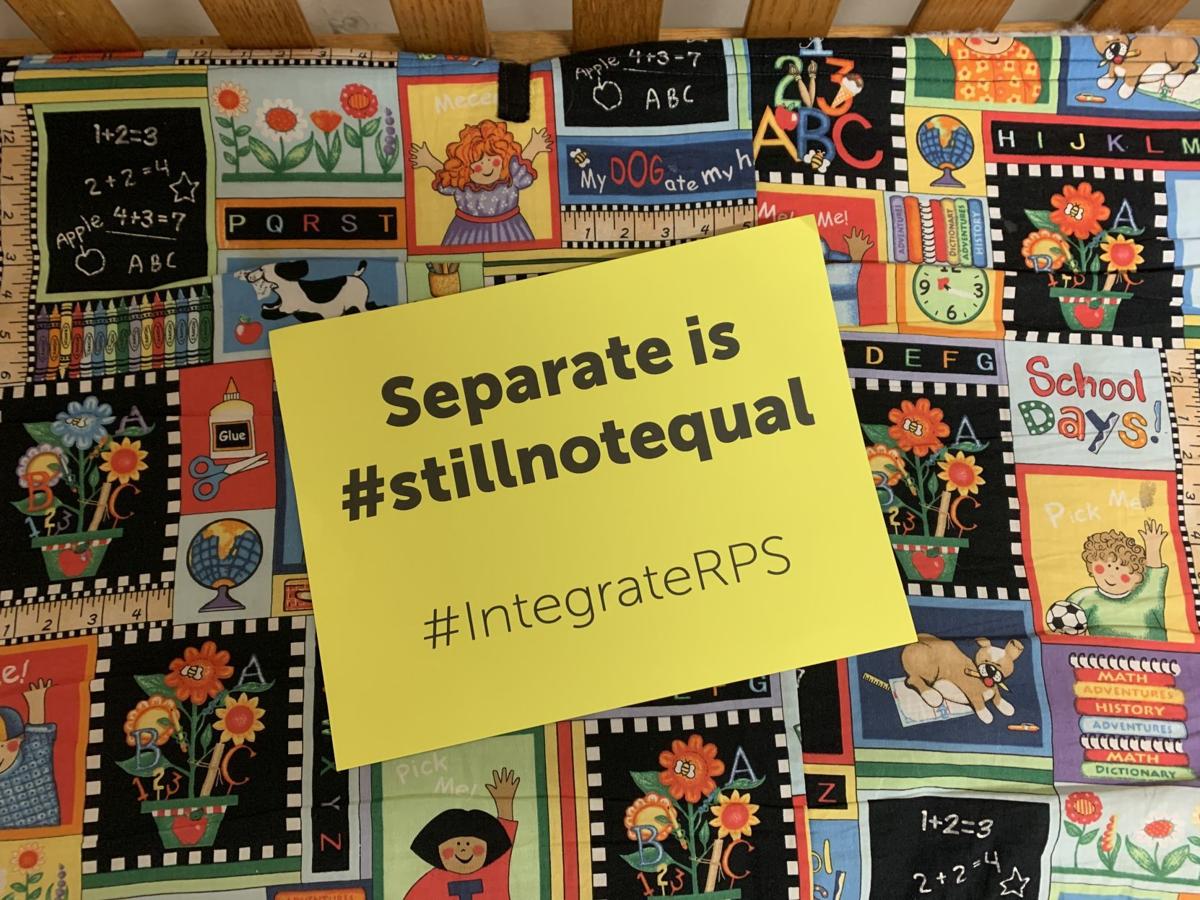 A sign backing the pairing of majority-white and majority-black zones was displayed at Ginter Park Elementary last year. 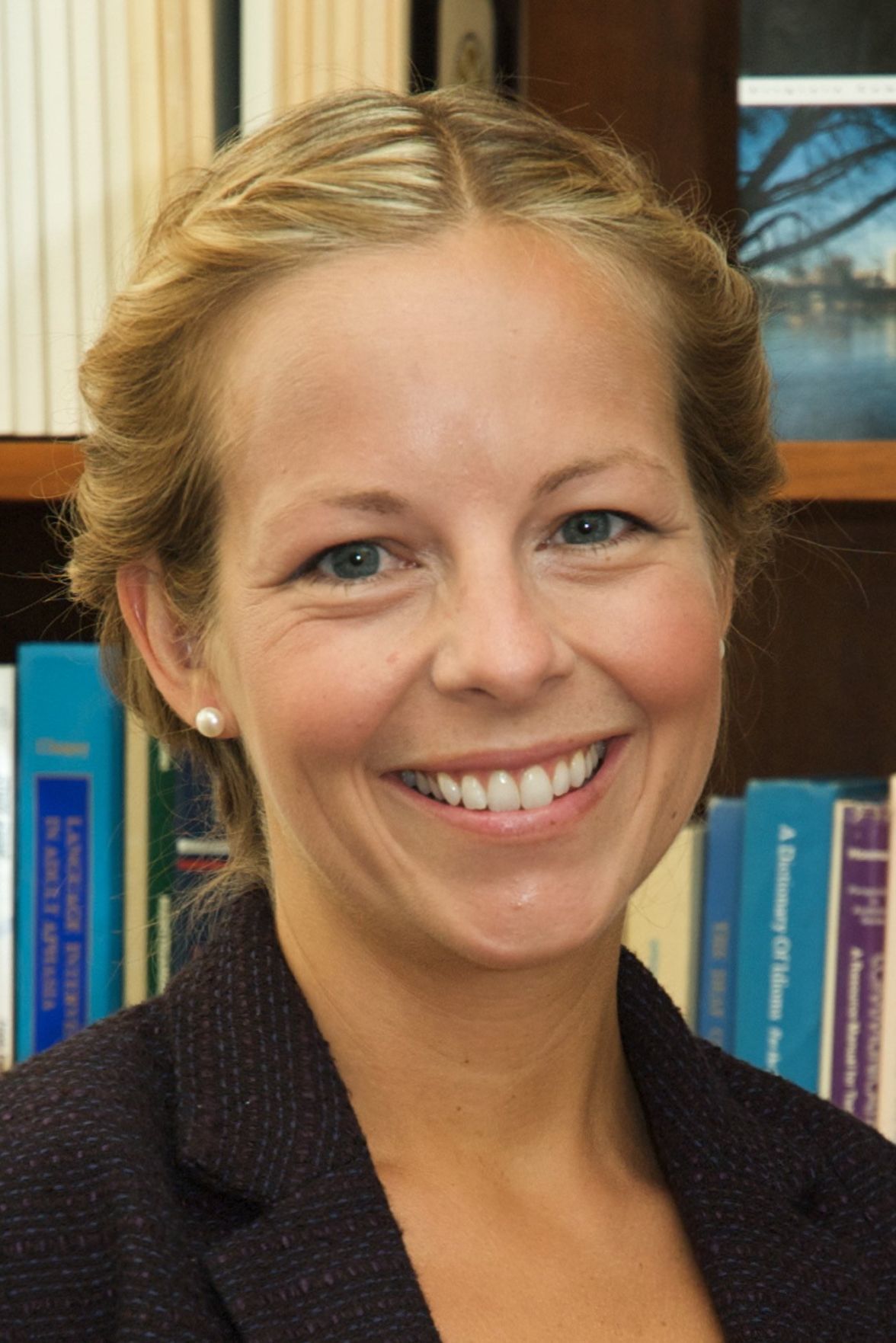 A sign backing the pairing of majority-white and majority-black zones was displayed at Ginter Park Elementary last year.

Rather than give a classic speech as part of a lecture series at which she was asked to speak in 2016, Genevieve Siegel-Hawley decided to share a personal reflection.

She wrote a letter to her daughter, Posey, about school desegregation, its history and its impacts today, an issue Siegel-Hawley got interested in as a Richmond student and teacher.

“The basic problem with school integration, Posey, is a lack of collective will for it — a failure to see how our fates are bound up in one another and how segregation continues to damage all of us,” wrote Siegel-Hawley, an education professor at Virginia Commonwealth University.

The book looks at four schools in the Richmond area — The Sprout School preschool in Richmond, Ecoff Elementary in Chesterfield County, Binford Middle in Richmond and CodeRVA, a regional magnet school in Richmond — and how the schools’ leadership, policies and practices have promoted integration.

Siegel-Hawley also co-authored a report last fall that outlined the benefits of school integration for the Richmond schools community in the midst of a contentious rezoning process that led to the School Board ultimately rejecting the idea of combining majority-white and majority-black school zones.

The board’s inaction, she said, shows there’s work to be done.

“We have to fight for intentional school integration. We have to see it as beneficial to our own kids, as essential for all of our students, as a remedy for past injustice, and as an antidote to an increasingly divided society,” she writes in the book. “Our four schools show us that if we work hard enough, school integration can be all of those things.”

Siegel-Hawley recently answered questions from The Times-Dispatch about the book, school integration and the Richmond rezoning effort. Below are her responses, edited for clarity and length.

QUESTION: What got you interested in this subject and writing this book?

ANSWER: My own experiences growing up and then teaching in Richmond Public Schools prompted an interest in segregation and integration more broadly. I wrote the book thinking a lot about the moment we’re in — especially the increasing emphasis on local, voluntary (i.e., not court-ordered) school integration efforts, as well as rapidly shifting demographics in our cities and suburbs. So really wondering what the work of integration looked like right now. And I was committed to not stopping at understanding how to bring students together in the same schools. I also wanted to know more about what has to happen within schools to provide students with meaningful interactions and similar kinds of opportunities.

QUESTION: The book starts with a letter to your daughter about school segregation and Richmond’s history with it. What inspired the letter?

ANSWER: We’d just enrolled our daughter in Sprout, an intentionally diverse preschool, and so I was seeing integration through the eyes of a parent for the first time. I’d also recently read Ta-Nehisi Coates’ beautiful book “Between the World and Me,” which was written as a letter to his teenage son.

I thought it was an intensely effective device for communicating the personal and societal impacts of racism. In general, when I read, listen, observe or teach, I try to pay attention to what people respond to when it comes to making the case for the urgency of addressing school segregation. Strong, clear stories help, I think, and ones that try to center children are especially important since their futures are so bound up in whether we commit to integration.

But adult fear is often a roadblock, maybe the roadblock — I just wanted the letter to grapple with what decisions around schools felt like for our white family against the backdrop of a still deeply segregated society.

QUESTION: Why is school integration important?

ANSWER: School segregation is a root cause of educational inequality. It has been and still is.

Integration tries to dismantle that inequality by putting students and resources together in the same schools and then granting them similar social status on an even playing field. There’s a group of student integration advocates in New York City (they were another piece of the inspiration for the book; all proceeds from it will go to an umbrella organization called the National Coalition on School Diversity that is working to expand support for integration) that has come up with an important and easy-to-remember way of thinking about integration.

Positive impacts from school integration can ripple out from individual students to our broader society — and across generations. For all students, regardless of background, integration opens the door to deeper learning and understanding. It’s associated with improved academic achievement for historically marginalized students, as well as higher educational attainment and earnings, better health, and reduced likelihood of incarceration.

These benefits for historically disadvantaged groups do not undermine existing advantages for other groups and, over time, strengthen our society by putting the brakes on skyrocketing inequality. Integration creates a more uniformly educated citizenry that has learned to care across lines of difference. That is so important: Contact between different student groups — particularly under the right conditions — reduces fear and, by extension, prejudice.

QUESTION: The book features four schools in the Richmond area that have made integration a priority. What can we learn from those schools?

ANSWER: It was important to see how integration played out under a variety of different circumstances. So the four included a preschool, a suburban elementary school, an urban middle school and a regional high school. Obviously, the work looked different depending on the age of students, but there were plenty of commonalities. All of the schools were paying close attention to the major drivers of school segregation — and trying to undermine them in some way.

For some, this meant harnessing school choice to promote equity and diversity (for example, by using a weighted lottery and by guaranteeing transportation). For others, this meant paying attention to racial and economic shifts and changing the narrative around existing schools with programming like social emotional learning, arts integration or Reggio.

Inside the schools, leaders and teachers worked to educate students in culturally relevant ways, through curricula that often acknowledged the tension between our founding ideals and past and present discrimination. Routine, structured activities for building relationships through dialogue were present at each of the four schools, from circle time to morning meetings to grade-level teams.

There were common challenges, too. As I said before, inequities outside of schools often find their way inside, so closely monitoring and addressing things like access to higher-level coursework and racial disparities in discipline were crucial. One of the key lessons from the book is that integration is continuous work — there’s no point at which you can dust your hands off and say, “We’re done here.”

QUESTION: Richmond Public Schools just went through a contentious rezoning process. The largest integration proposal — school pairing — was rejected by the School Board. What was your biggest takeaway from the latest round of rezoning?

ANSWER: My first big takeaway is that if we put the rezoning process on a continuum, with one end representing total board inaction to address segregation and the other representing total action, I’d locate the final result somewhere toward the middle. While pairing was the most comprehensive policy tool on the table, the board voted to reverse some of the segregation created by the last rezoning, decided to create some new magnet schools, and took the first steps toward deeply important revisions to its open enrollment process by setting aside a share of [Mary Munford Elementary’s] seats for students in the [George W. Carver Elementary] zone.

Right now, a lack of transportation and diversity goals, layered on top of a difficult-to-navigate process, makes open enrollment a force behind segregation rather than integration. Budgeting for and implementing the open enrollment, rezoning and magnet changes that did pass is the next key step. The board could have done more, though, and its failure to address North Side’s segregation was truly disappointing.

Rezoning is hard. It’s hard to hear neighbors wrestle openly with race, fear, educational inequality and property rights. Some people increasingly feel as though they’ve bought access to public schools by virtue of being able to afford homes in segregated neighborhoods. It was an ugly process, though there were moments of great beauty.

The tensions are everywhere with rezoning; board members have to balance diversity goals with what they think will prove politically sustainable, among myriad other considerations. But the politics and the sustainability are on us, as a community, not just the leadership of the board.

Recent public opinion polls tell us that families of all races say they want diverse schools, they just aren’t sure what they’re willing to do to achieve them. That played out to some extent in Richmond: While we saw new advocacy groups spring up to both oppose and support pairing, most said they wanted integration.

Opinions are malleable, of course; they’ve shifted enormously since the Supreme Court handed down Brown v. Board of Education. So I guess a second key takeaway — and the book speaks to this — is that we need to build on the stated desire for integration by incentivizing it more.

Justin Mattingly covers Virginia politics and policy. He previously covered education. A northern New York native and Syracuse University alumnus, he's worked at the RTD since 2017. You can follow him on Twitter at @jmattingly306.

Perhaps, integration could be incentivized but it has to start with housing. Schools should be part of the neighborhood but the neighborhoods are segregated in large measure. Could people of faith lead the way since churches, mosques, and synagogues are among the most segregated venues ? In Richmond, it is unlikely as only about 9% of the school age folks are white. Economic class makes a huge difference as well. A complex issue with lot's of prejudice and bias at its core.