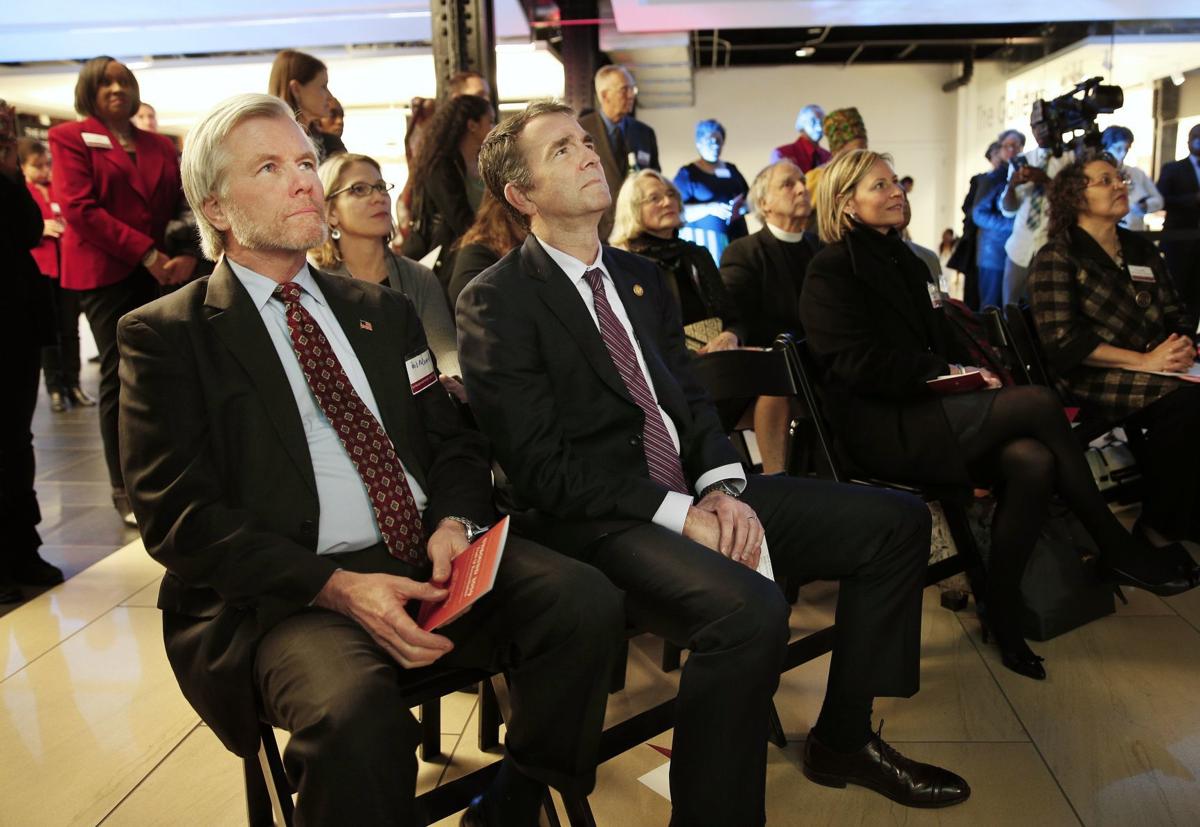 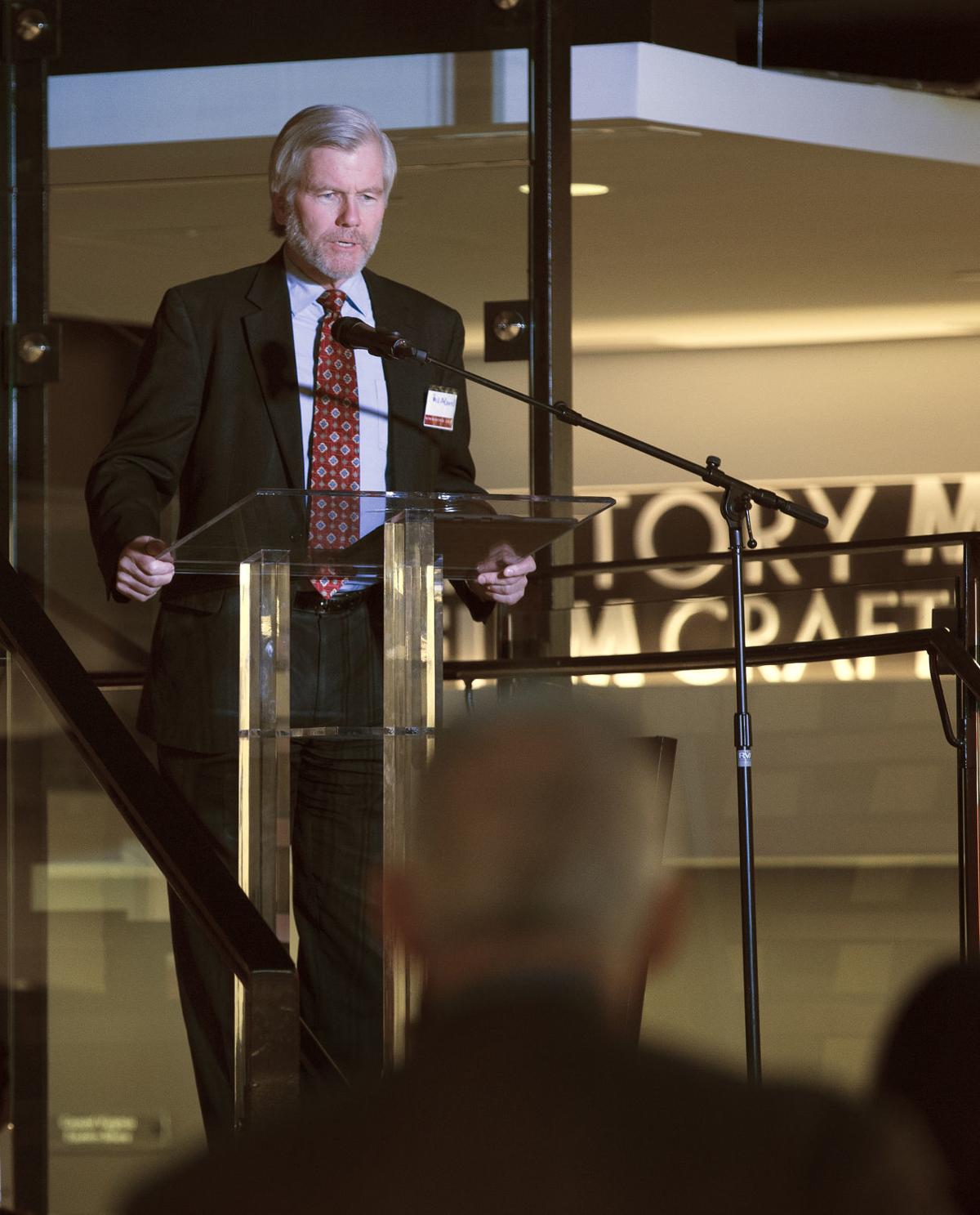 Former Gov. Bob McDonnell, who weathered his own controversy while in office, says if Gov. Ralph Northam “wants to lead, we want to be a part of that team.”

A racial reconciliation group led by former Gov. Bob McDonnell has become a convenient vehicle for Gov. Ralph Northam’s work on an issue he has vowed to lead on as he seeks to remain in office amid calls for his resignation.

Virginians for Reconciliation kicked off with a small event in Capitol Square on Jan. 16, which Northam attended.

McDonnell, who has lent his support to Northam amid the fallout from the discovery of a racist photo on Northam’s 1984 medical school yearbook page, dealt with his own fall from grace when he was convicted on corruption charges in 2014. The U.S. Supreme Court overturned his convictions in 2016.

McDonnell said in a phone interview that the group’s kickoff, just weeks before the racist yearbook photo surfaced, is nothing but “divine providence.”

McDonnell, a Republican who served as governor from 2010 to 2014, said he could relate to the pressure of controversy while serving in the state’s highest office.

“I know what it’s like to be under the gun in that office and still have to govern, so I told him that whatever he decided to do, there were a number of us who were praying for him,” McDonnell said, describing his call to the Democratic governor on the weekend the photo surfaced.

“Once he decided that he could govern well, that his Cabinet was supporting him, and that he was going to work earnestly, I decided to encourage him,” McDonnell said.

“Of course he made some mistakes,” McDonnell added. “But if he wants to lead, we want to be a part of that team.”

The reconciliation group consists of policymakers, business leaders, higher education officials and other influential figures, who plan to organize events around racial relations, and to help change inequitable practices and policies in Virginia.

On Wednesday, Northam attended the group’s first meeting since the formal launch and spoke about the controversy that has dogged him since Feb. 1.

“He stayed the whole meeting and spoke at the end,” McDonnell said of the gathering at McGuireWoods. “He said, as he’s said over the last couple of weeks, that he really wants to be a leader in this area of racial reconciliation.”

Northam said during the event that he planned to appoint an adviser on matters of race. His office said Thursday that such an appointment has not yet been made.

Virginians for Reconciliation was founded by McDonnell; David Bailey, the executive director of the faith-based reconciliation group Arrabon; and Janet Kelly, who served as secretary of the commonwealth in McDonnell’s administration.

The group’s list of about 60 members includes Richmond Mayor Levar Stoney, Virginia Beach Mayor Bobby Dyer, Del. Dolores McQuinn, D-Richmond, Northam and Ed Gillespie, the Republican he defeated for governor in 2017. The group has been meeting informally over the past year.

On Jan. 3, McQuinn filed a resolution on behalf of the group to designate 2019 the “Year of Reconciliation and Civility in Virginia,” which the group touted during its Jan. 16 kickoff.

“When we had the press conference, it was a spectacular event, there was almost no press there,” McDonnell said. “At the time that we thought we were doing something good, not having any idea that it would be very important for current events. I see it as a truly historic opportunity.”

The Rev. Ben Campbell, an expert on Richmond’s history with race and a member of the group, said he hopes the group’s mission and Northam’s participation will align with what people want to see from the governor.

“The most interesting stuff I’ve heard has been that people want us to do some real work,” Campbell said. “However it happened, the scab has been ripped off, and they really want to get at some of the deeper inequities and hypocrisies. They’d love for the governor to, if he’s going to stay in office, to do something good.”

The group’s first big event will bring to Richmond a descendant of Dred Scott, the Virginia native who was the plaintiff in the infamous Supreme Court case in which the court ruled that African slaves and their descendants could not be U.S. citizens. That 1857 ruling was later invalidated by the 13th, 14th and 15th amendments to the U.S. Constitution.

Lynne Scott Jackson, the great-great-granddaughter of Dred Scott, will travel to Richmond from her home in St. Louis for a series of meetings and events on racial reconciliation on April 3, to be held in Richmond and possibly in Norfolk. She will be joined by Charles Taney, a great-great-great-nephew of Chief Justice Roger Taney, the author of the Dred Scott decision. Jackson and Taney spurred reconciliation between the families and have spoken openly about that experience.

More information about the visit will be released soon, McDonnell said.

Former Gov. Bob McDonnell, who weathered his own controversy while in office, says if Gov. Ralph Northam “wants to lead, we want to be a part of that team.”