Police: Wanted suspect killed after firing on Chesterfield officers as they tried to arrest him 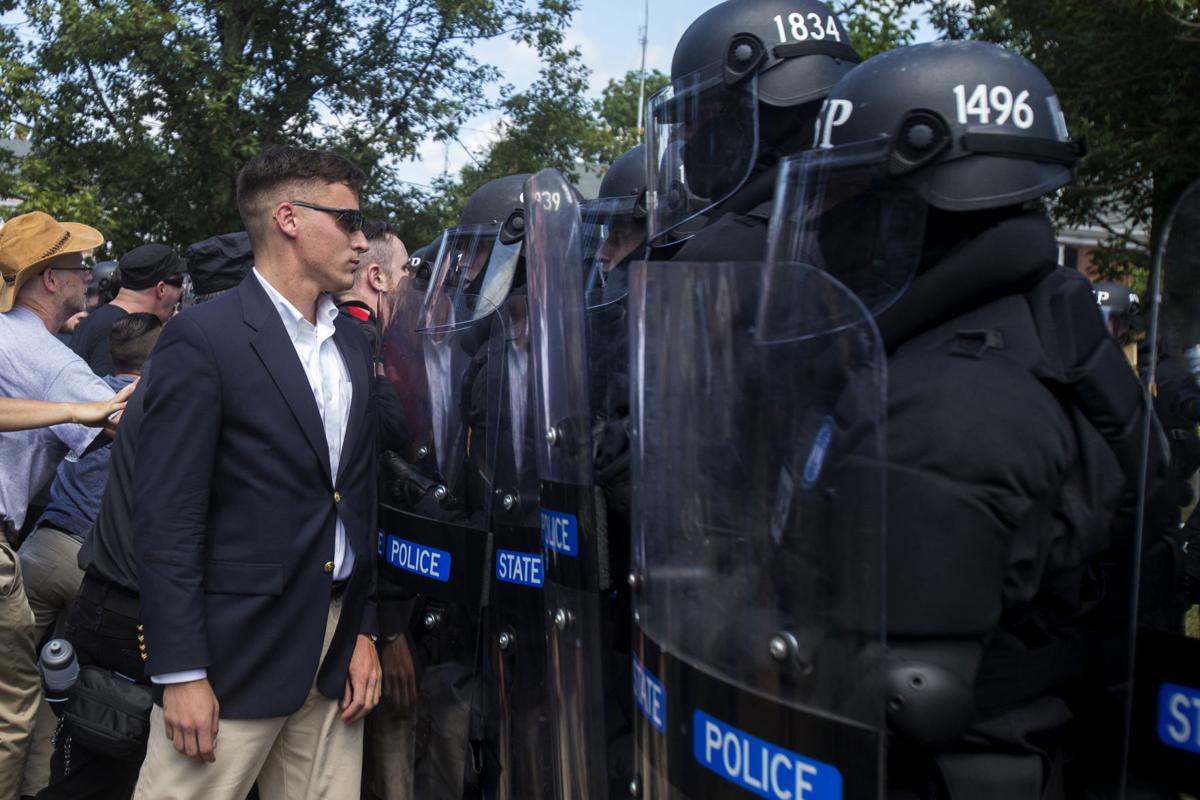 A protester stood in front of state troopers Aug. 12 during the Unite the Right rally in Charlottesville. 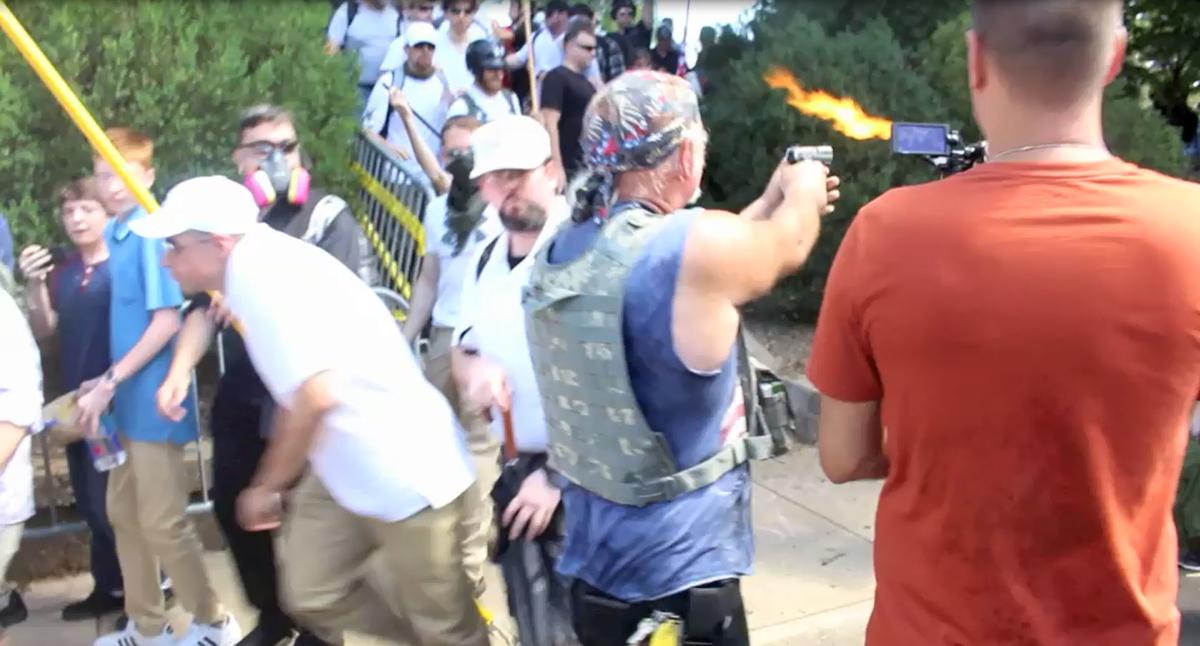 Screenshot of video by ACLU of Virginia in which a man fires a gun during the Aug. 12 rally in Charlottesville 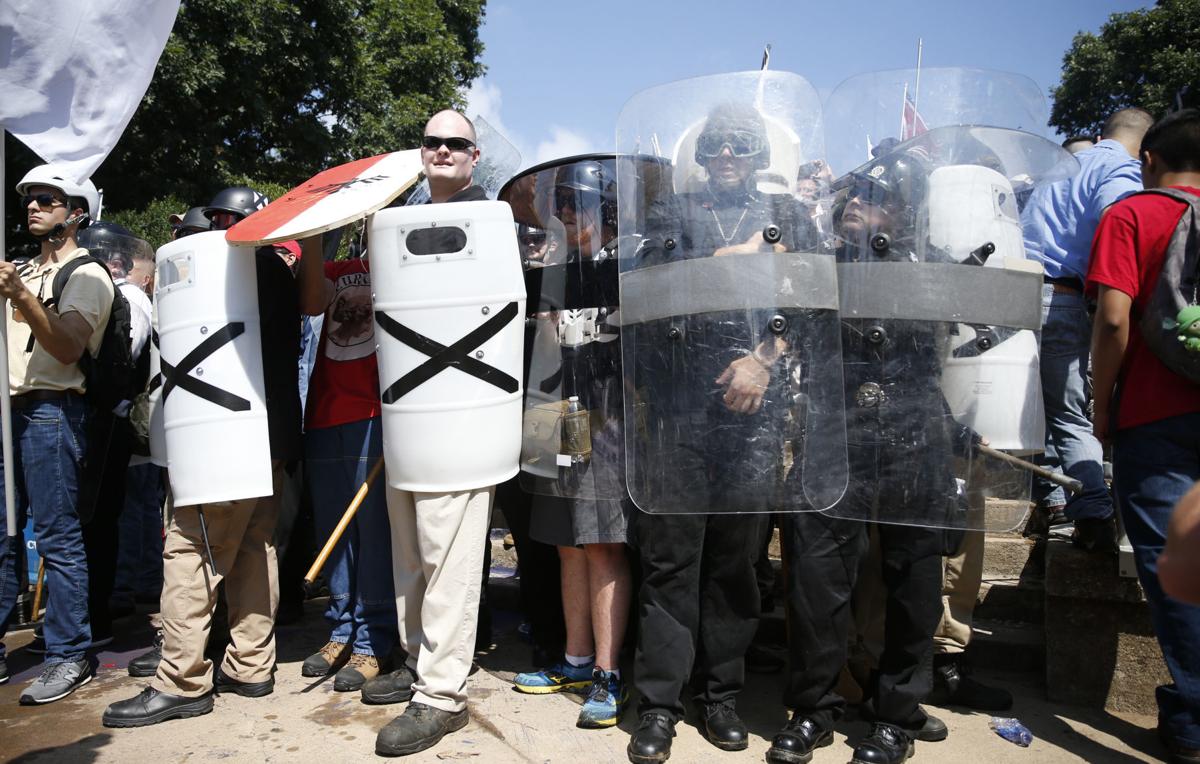 A state review of the police response to the chaotic white nationalist protest in Charlottesville this summer describes a confused command structure, a breakdown in communication, and uncertainty among officers about the “rules of engagement” with protesters.

But the review, presented Wednesday to a panel of public safety officials convened by Gov. Terry McAuliffe, does not directly address what those rules of engagement were or why police initially seemed to stand by as street fighting escalated.

State Secretary of Public Safety Brian J. Moran said those questions were outside the scope of the state’s work. He said it will be up to officials in Charlottesville to address them through their own investigation, which is being led by former federal prosecutor Timothy Heaphy.

“What went wrong, what went right — what we wanted to do all along is not point fingers, but rather make some observations and takeaways from Charlottesville,” he said. “The charge for us was to create a task force to learn lessons going forward and equip jurisdictions in the future to avoid some of these challenges.”

The Aug. 12 rally saw nearly an hour of sporadic street fighting between white nationalists and anti-racism protesters before officials declared an “unlawful assembly” and police moved in with riot gear to clear the downtown park where the rally took place.

Before police moved in, the two sides engaged each other with sticks, shields, projectiles and chemical irritants like pepper spray. At one point, a rally attendee fired a handgun toward a counterprotester who had a makeshift flame thrower. Some local officials and rally attendees have questioned whether officers had been given an order to stand down, criticizing police for not intervening sooner.

State and local police have repeatedly denied the charge, saying the idea that officers initially stood by is a misperception. Although the review does not address those matters, it does say poor communication and inadequate planning hampered the law enforcement response.

James W. Baker, a consultant with the International Association of Chiefs of Police who led the review, said state police and local police each had their own response plans, which should have been unified before the event. Baker said that despite collaboration and meetings in advance, “we were left with the impression not everyone was clear what their roles were.”

He said that in some instances, rank-and-file police on the ground were confused about where commands were coming from and, in others, commanders were not always clear where units were positioned. Baker also recommended a “more robust permitting process” going forward, which he said would have gone far to head off violence.

He said that in the future, local officials should shorten the length of rallies with potential for violence, ban weapons, make clear in advance that there will be no tolerance for illegal activity, bus attendees in and out of the area, and erect more barriers, including “hard barriers” that would stop the kind of car attack that killed 32-year-old counterprotester Heather Heyer.

Those were all suggestions state officials have already said they recommended to officials in Charlottesville in advance of the Aug. 12 rally.

Asked by a panel member why the city rejected those suggestions, Baker said “the only answer we got back is that legal counsel did not allow them to implement any of the recommendations.”

City officials initially declined to make their records and employees available to the state for its review. Moran said that disagreement has been resolved.

A spokeswoman for Charlottesville, Miriam Dickler, said that while the city had not yet received the report, “it is disappointing that, from what we have heard to date, the report lays fault on one organization rather than comprehensively considering the roles played by each participating agency.”

Wednesday was the Task Force on Public Safety Preparedness and Response to Civil Unrest’s final meeting. Moran said a final report will be submitted to McAuliffe on Dec. 1. The state paid $300,000 for consulting services related to the task force, including $46,000 for the after action review.

Charlottesville officials said Wednesday that they plan to publicly release their own review in advance of the city’s Dec. 4 City Council meeting.

A protester stood in front of state troopers Aug. 12 during the Unite the Right rally in Charlottesville.

Screenshot of video by ACLU of Virginia in which a man fires a gun during the Aug. 12 rally in Charlottesville