No rest: more snow and more cold ahead for Richmond before the weekend 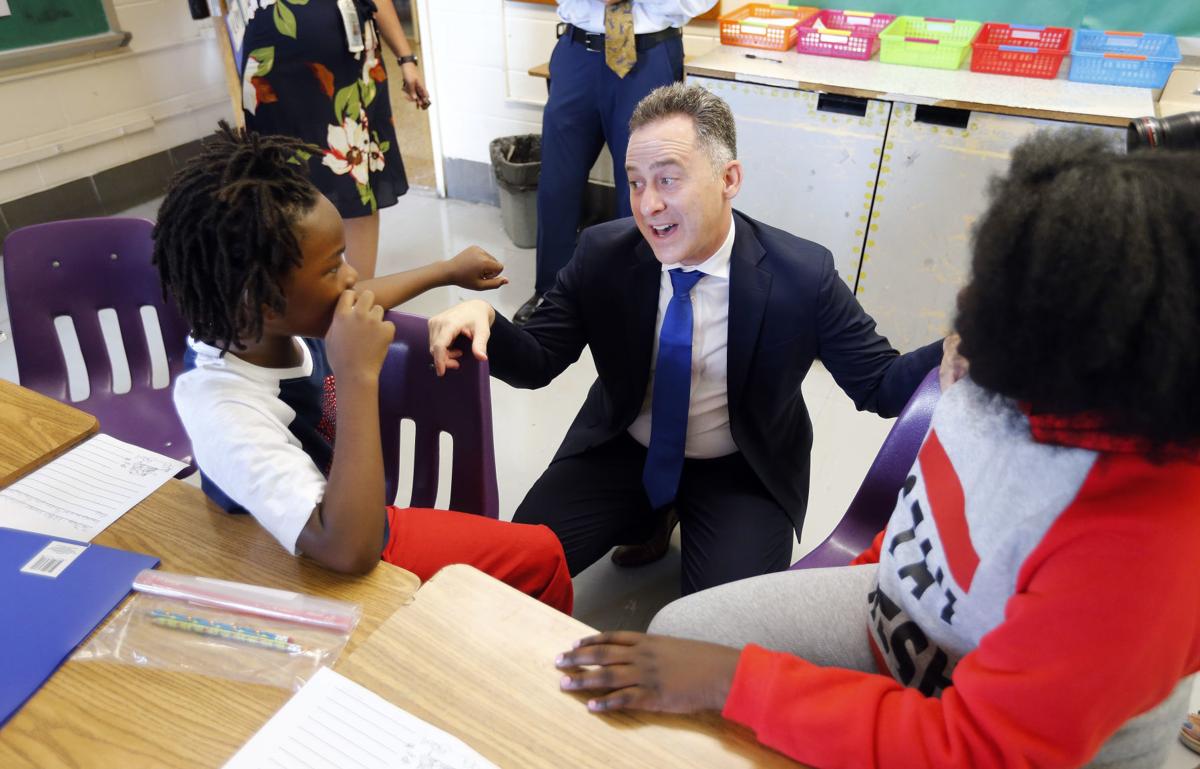 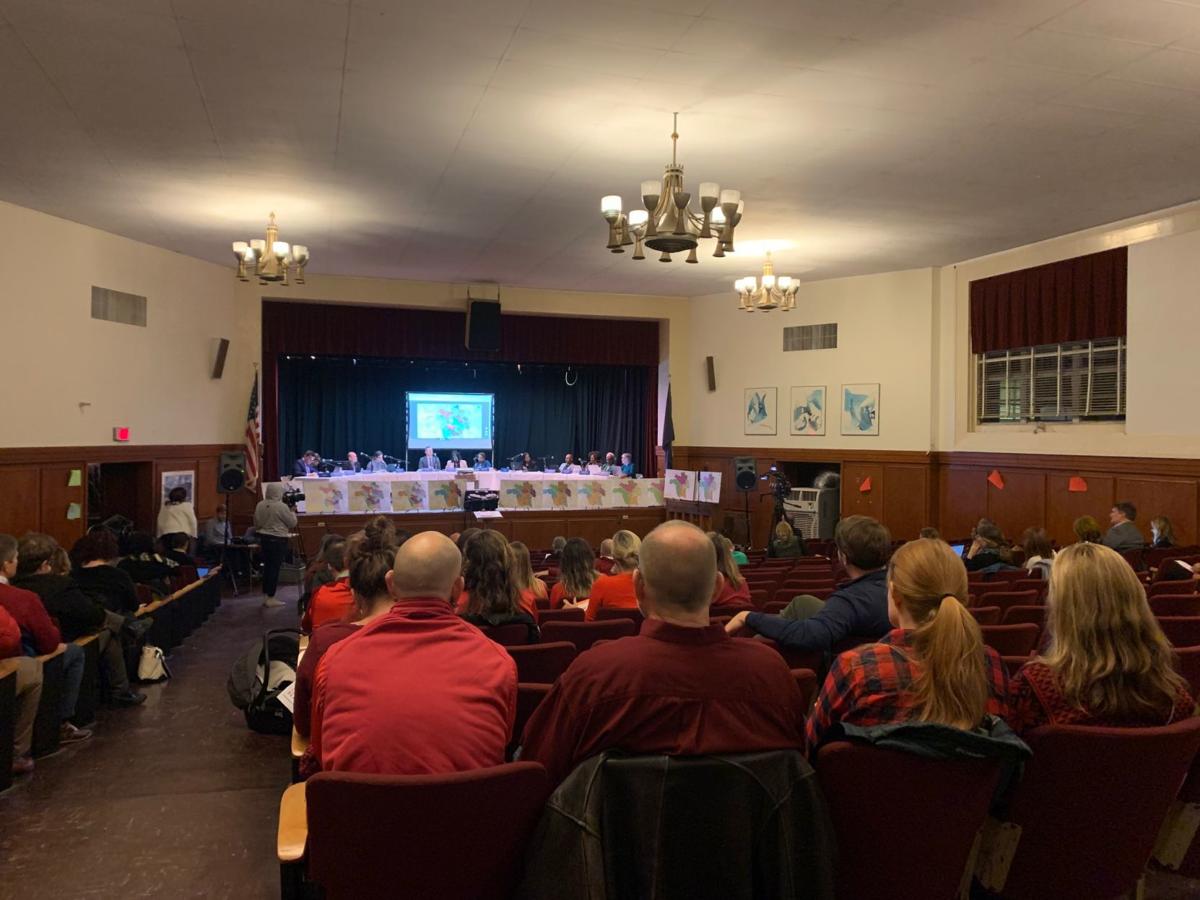 The Richmond School Board held a special rezoning meeting at E.S.H. Greene Elementary School on Dec. 2, 2019.

Richmond Public Schools has new school zones — for the most part.

On Monday night, the Richmond School Board narrowly approved a rezoning proposal for the East End, South Side and West End, while delaying action on boundaries for schools in the city's North Side. The approved plan does not include the combination of majority-white and majority-black school zones in the West End, or "pairing," an idea that has been the most contentious aspect of a rezoning process that has consumed much of the RPS discussion this year.

“This is a step in the right direction,” said School Board Chairwoman Dawn Page after the 5-4 vote to approve what is officially called Proposal Y. “We have more work to do, but this is a first step.”

The board members who voted to approve the proposal were Page, who represents the 8th District, along with Liz Doerr of the 1st District, Scott Barlow of the 2nd District, Cheryl Burke of the 7th District and Linda Owen of the 9th District.

Voting against were Kenya Gibson of the 3rd District, Jonathan Young of the 4th District, Patrick Sapini of the 5th District and Felicia Cosby of the 6th District.

Superintendent Jason Kamras supported pairing schools, which would combine school zones to make a single, larger attendance zone and send students to one school for some grades and the other school for other grades. Pairing was included in two of the four rezoning proposals recommended to the School Board by the special committee on rezoning.

Pairing gained mixed feedback in the six months since it was initially proposed by Ohio-based consultant Cropper GIS.

“Education policy changes alone aren’t going to change our racist society, but it’s a darn good place to start,” said Kim Gomez, one of the 1st District representatives to the rezoning committee, during a public hearing before the board’s vote that lasted more than two hours.

Paula Katz, a teacher at Mary Munford, said: “I disagree with this social experiment at the expense of our children.”

After thousands of pieces of feedback from the community, most of which focused on pairing, the board opted against implementing pairing in the West End.

“I had hoped we’d be able to muster support for a bolder decision — and certainly one that addressed all parts of the city — but I’m grateful to the [Rezoning Advisory Committee] and the board for the important work they did to advance our rezoning goals in Proposal Y,” Kamras said after Monday's vote.

What the plan approved by the board does instead is redraw lines across all parts of the city.

The new lines take the Museum District, which was zoned from Cary to Fox in 2013, and put its students back into Cary, making both schools more diverse.

The changes will take effect at the start of next school year.

Young, the School Board's 4th District representative, had proposed getting rid of the concept of neighborhood schools and instead having open enrollment across the entire city. The idea never gained traction with the rest of the board.

“Our students, along with our teachers, deserve big, bold and transformative change, and anything less than that is, at best, window dressing and, at worst, checking a box at the risk of shortchanging an opportunity to do something radical for equity,” Young said.

Instead, the board opted Monday for a weighted open-enrollment lottery that would give advantage to students from low-income families and help them get into schools outside of their zoned district. That was among several policy changes approved alongside the boundary changes, including turning Bellevue and Carver elementary schools into magnet schools in the 2021-22 school year.

The board still has work to do with North Side.

At issue now is whether to pair schools — specifically Ginter Park (K-2), Barack Obama (K-2) and Linwood Holton (3-5), and what the boundaries for the schools should be.

The board has scheduled a Dec. 16 special meeting at Ginter Park Elementary to make a final decision.

Sleds and snowmen take over much of the East Coast

Sleds and snowmen take over much of the East Coast

Large waves cause flooding in Massachusetts

Large waves cause flooding in Massachusetts

Richmond Public Schools has new school zones — for the most part.

After months of debate, Richmond has recommendations for new school zones.

As a special committee inches closer to making recommendations on new school zones, Richmond Public Schools wants to shake up how open enrollm…

The fight over combining majority-white and majority-black school zones in Richmond Public Schools isn’t over yet.

A look back at Richmond Public Schools in 2019

The Richmond School Board held a special rezoning meeting at E.S.H. Greene Elementary School on Dec. 2, 2019.