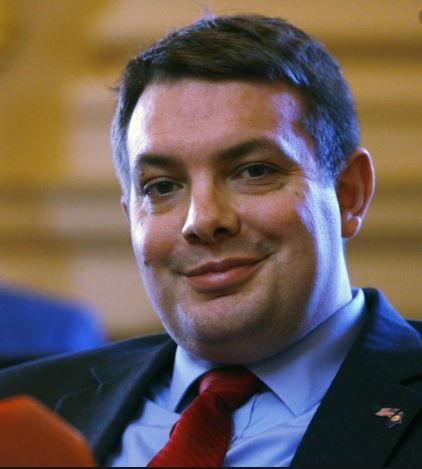 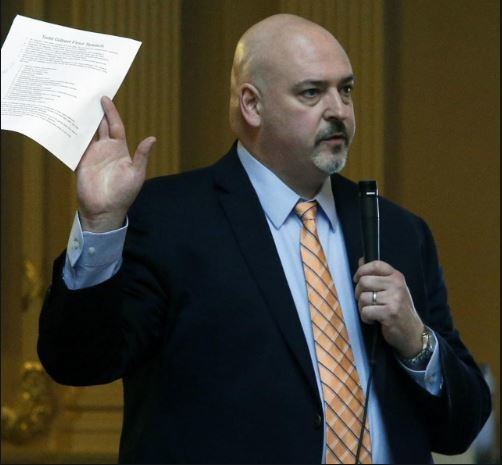 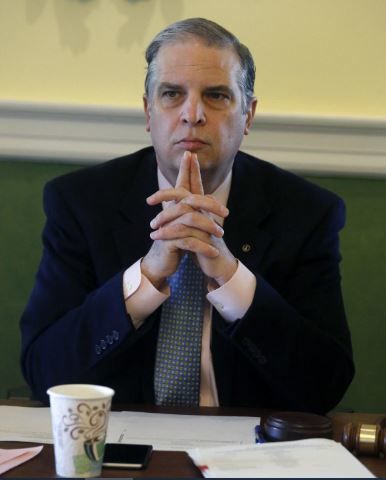 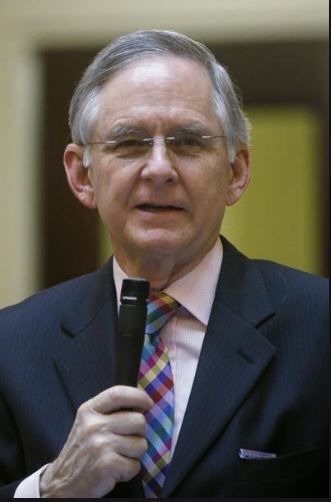 In the wake of a Virginia government watchdog report that says the Virginia Parole Board violated the law and its own policies in releasing a man sentenced to life for killing a Richmond police officer, a state senator has filed a bill for the upcoming special session that would require the individual votes of the parole board be made public.

The legislation, filed last week as an unredacted copy of the Office of the State Inspector General’s report of the parole board was released after initially being withheld from the public, is one of several measures that senior Republican lawmakers said may be forthcoming in an effort to increase transparency of parole board decisions.

Sen. David Suetterlein, R-Roanoke County, filed SB 5012, which would require the individual votes of the parole board to be a public record and subject to the provisions of the Virginia Freedom of Information Act.

“It’s clearly evident that more transparency at the parole board is needed,” Suetterlein said in explaining his decision to introduce the legislation for the General Assembly’s special session that convenes Aug. 18. “The parole board makes major decisions, deciding if people that were convicted of felonies in the past should be released earlier from prison. And the public has a right to know, and should know, who is making those decisions and how they’re making those decisions.”

“My bill would make the votes public, and it’s an effort to bring more sunshine” into the process, he added.

Suetterlein said his bill is modeled after “Virginia’s general approach of disclosure ... on a wide range of issues. We’re taking the [position] that better decisions are made, and less questionable actions are taken, when there is greater disclosure.”

“I think the parole board would welcome it if they are proud of the decisions they’re making,” he said. “There should be no problem with their decisions being made public.”

Suetterlein compared making individual parole board votes public with the rulings of state judges, who decide the guilt or innocence of defendants in open court and whose orders become part of the public record.

The public can see “who that judge was and what decision they made,” he said.

Suetterlein’s bill may be one of several that state Republican lawmakers file with regards to the parole board, which came under scrutiny after the panel, under the leadership of former chair Adrianne Bennett, granted parole to Vincent Martin. He was sentenced to life in prison in 1980 for killing Richmond police officer Michael Connors.

Martin’s crime occurred before discretionary parole was abolished in Virginia for felonies committed in 1995 or later. Following the Martin decision, several state prosecutors and family members of other victims decried the panel’s decisions in releasing several other convicted killers.

“I think this episode [with the parole board] shows precisely why in an area of public safety more transparency is needed,” said House Minority Leader Todd Gilbert, R-Shenandoah, during a video news conference last week that he and two other Republican leaders held to discuss the inspector general’s report of the parole board. “And I’m sure we would support initiatives that would restore or ensure transparency where it involves life and death, and the potential for more [victimization] by these individuals.”

Senate Minority Leader Tommy Norment, R-James City, who with Sen. Mark Obenshain, R-Rockingham, joined Gilbert last week in calling for parole board reforms, has signed on as a chief co-sponsor of Suetterlein’s bill.

Removing the parole board’s FOIA exemption, in addition to requiring the parole board to follow the existing provisions of state law, are “incredibly good starts to ensuring the public have some insight and some input into what is supposed to be done,” Norment said during last week’s videoconference.

Obenshain noted that any member of the public can access the parole board’s website and view by month the decisions that it makes, and the board is statutorily required to list the reasons parole is denied for any inmate.

“But there is no requirement that provides to members of the public, the victims’ families or communities across Virginia, either the sentence for which [an inmate] is being paroled, the crimes they committed or the reason they are being granted parole,” Obenshain said. “And I would respectfully submit that those are some of the things that need to be addressed and likely they will be floated.”

The lawmakers have already called for all five members of the parole board to resign or be fired and for the governor to revoke Martin’s parole and take him into custody until the parole process can begin again, “this time with proper adherence to the Code of Virginia and Parole Board policies.”

The Republican leadership succeeded in compelling the inspector general’s office, after it consulted with the parole board and Virginia Attorney General Mark Herring, to release an uncensored copy of the IG’s report to them, which they in turn released publicly last week.

A heavily redacted copy of the report, with all its findings stricken, was provided July 29 to several media outlets that requested it.

The inspector general substantiated allegations against the parole board and Bennett in particular. Among them was that the board failed to give proper notification to Richmond’s top prosecutor before granting Martin parole, did not earnestly contact the victim’s family beforehand, and denied one of Martin’s alleged victims in a separate case a chance to address the board.

The government watchdog agency also learned that Bennett did not keep meeting minutes as required by law. There were no records of parole board meeting minutes for October 2019 through March 2020 for the inspector general’s office to review, according to the report.

Tonya Chapman, the new chair of the parole board, has disputed many of the IG’s conclusions, citing in a letter that they were based on faulty assumptions, incorrect facts, a misunderstanding of certain procedures and incorrect interpretations of Virginia law. 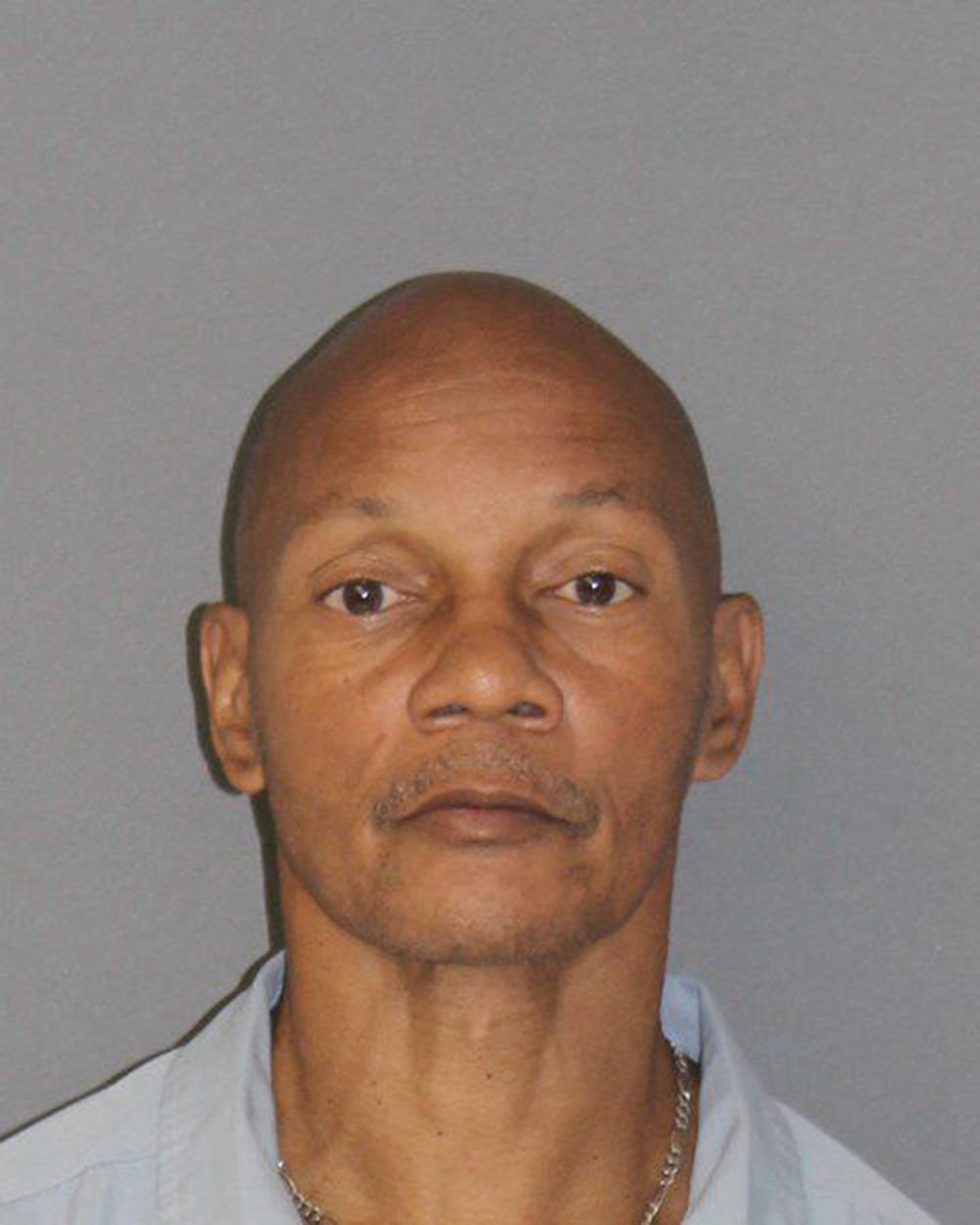