The U.S. Supreme Court on Monday dismissed a GOP appeal in Virginia’s long-running racial gerrymandering case, allowing a redrawn House of Delegates map to stand for the 2019 election cycle.

In a 5-4 opinion delivered by Justice Ruth Bader Ginsburg, the court majority ruled that one state legislative chamber controlled by Republicans could not continue to fight a ruling that Democratic Attorney General Mark Herring had accepted.

Herring, whose office typically defends the state against lawsuits, had declined to appeal the lower court’s ruling.

“In short, the State of Virginia would rather stop than fight on,” Ginsburg wrote. “One House of its bicameral legislature cannot alone continue the litigation against the will of its partners in the legislative process.”

In an opinion that seemed to cut across ideological lines, Ginsburg was joined by liberal justices Sonia Sotomayor and Elena Kagan, as well as conservative justices Clarence Thomas and Neil Gorsuch.

The new map will only be in effect for one legislative election cycle. The lines will change again in the 2021 redistricting process following the completion of the 2020 census. Still, the opinion could prove politically significant in an election year, when Democrats are trying to take full control of state government for the first time in decades.

Herring called the opinion “a big win for democracy in Virginia.”

“It’s unfortunate that House Republicans wasted millions of taxpayer dollars and months of litigation in a futile effort to protect racially gerrymandered districts, but the good news is that this fall’s elections will take place in constitutionally drawn districts,” the attorney general said in a statement.

Cox said House Republicans, who currently have a 51-48 majority, were disappointed in the ruling but are “prepared to defend and grow our majority.” Cox also faulted Herring, saying in a statement that the attorney general had “once again declined to do his job and defend the law of the Commonwealth.”

“The Court’s opinion today ends a disappointing saga of orchestrated attacks against the constitutionally-enacted redistricting plan,” Cox said. “A shadowy organization funded by out-of-state interests has cost the taxpayers millions to overturn a legislative map that passed in 2011 with an overwhelming majority.”

Gov. Ralph Northam and Herring had voted for the 2011 redistricting plan as members of the state Senate.

The case began in 2014, when several Virginia voters challenged the legality of the House map passed in 2011.

A year ago, a panel of judges from the U.S. District Court for the Eastern District of Virginia ruled that state lawmakers used improper racial targets in 2011 to draw black voters into certain districts, which had the effect of weakening black voting power in neighboring districts.

Republican leaders, who spent millions to defend against a lawsuit led by Democratic lawyer Marc Elias, argued they had to take race into consideration in order to comply with civil rights protections in the Voting Rights Act. Cox and others have routinely noted that the 2011 map passed with bipartisan support and was cleared by President Barack Obama’s Justice Department.

Because the appeal was dismissed on technical grounds, the Supreme Court did not wade into the debate over how the state legislature can balance the need to preserve majority-minority districts without using unconstitutional racial quotas to pack black voters into certain areas.

The lower court ordered Virginia’s political leaders to redraw the district lines to address the constitutional problems with 11 districts in the Richmond region and Hampton Roads. After it became clear that Northam, the Democratic governor, and House Republicans would not agree on a legislative fix, the court hired its own expert to redraw the lines.

“When we corrected racially gerrymandered districts earlier this year, we righted a wrong — as I have always said, voters should choose their representatives, not the other way around,” the governor said in a statement.

Even though Herring typically takes the lead on state legal strategy, lawyers for the House GOP argued the chamber had standing to appeal in its own right, regardless of whether it was representing state interests.

During oral arguments in March, the Republican team argued that the body itself would be harmed by a court-imposed map that could change the composition of the House. The Supreme Court majority rejected that idea, saying that changes to the House “brought about by the voting public” cause no injury to the body.

In a dissenting opinion, Justice Samuel Alito said the House has a clear interest in who its members are just as a basketball team has an interest in “the identity of its point guard.”

“It seems obvious that any group consisting of members who must work together to achieve the group’s aims has a keen interest in the identity of its members, and it follows that the group also has a strong interest in how its members are selected,” Alito wrote for the dissent.

Acknowledging the basketball analogy in the majority opinion, Ginsburg said basketball teams select their own players.

“In stark contrast, the House does not select its own members,” Ginsburg wrote. “Instead, it is a representative body composed of members chosen by the people.” 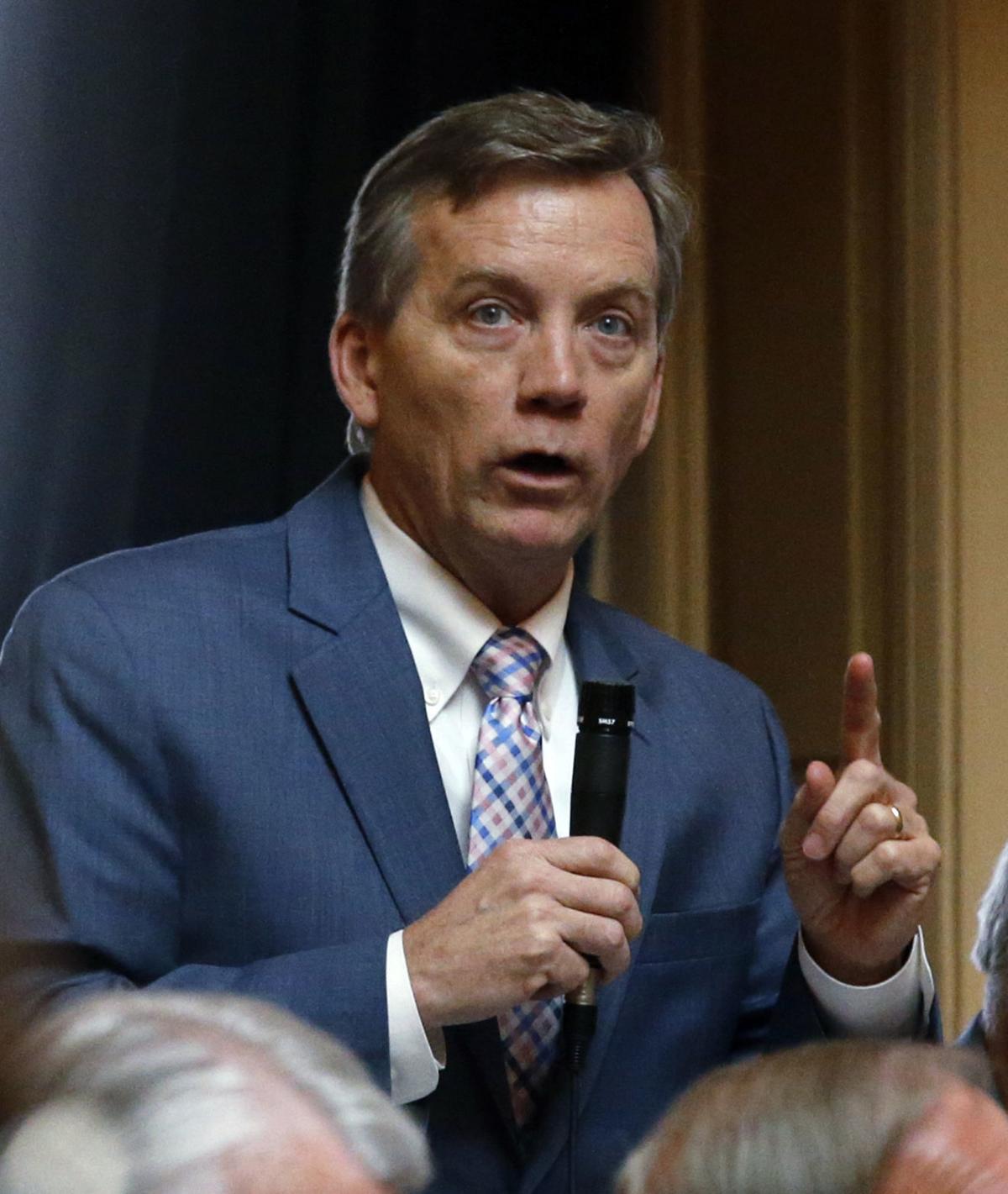 Del. Chris Jones, R-Suffolk, chairman of the House Appropriations committee, speaks about budget amendments during the floor session of the House of Delegates at the State Capitol in Richmond, VA Wednesday, April 3, 2019. 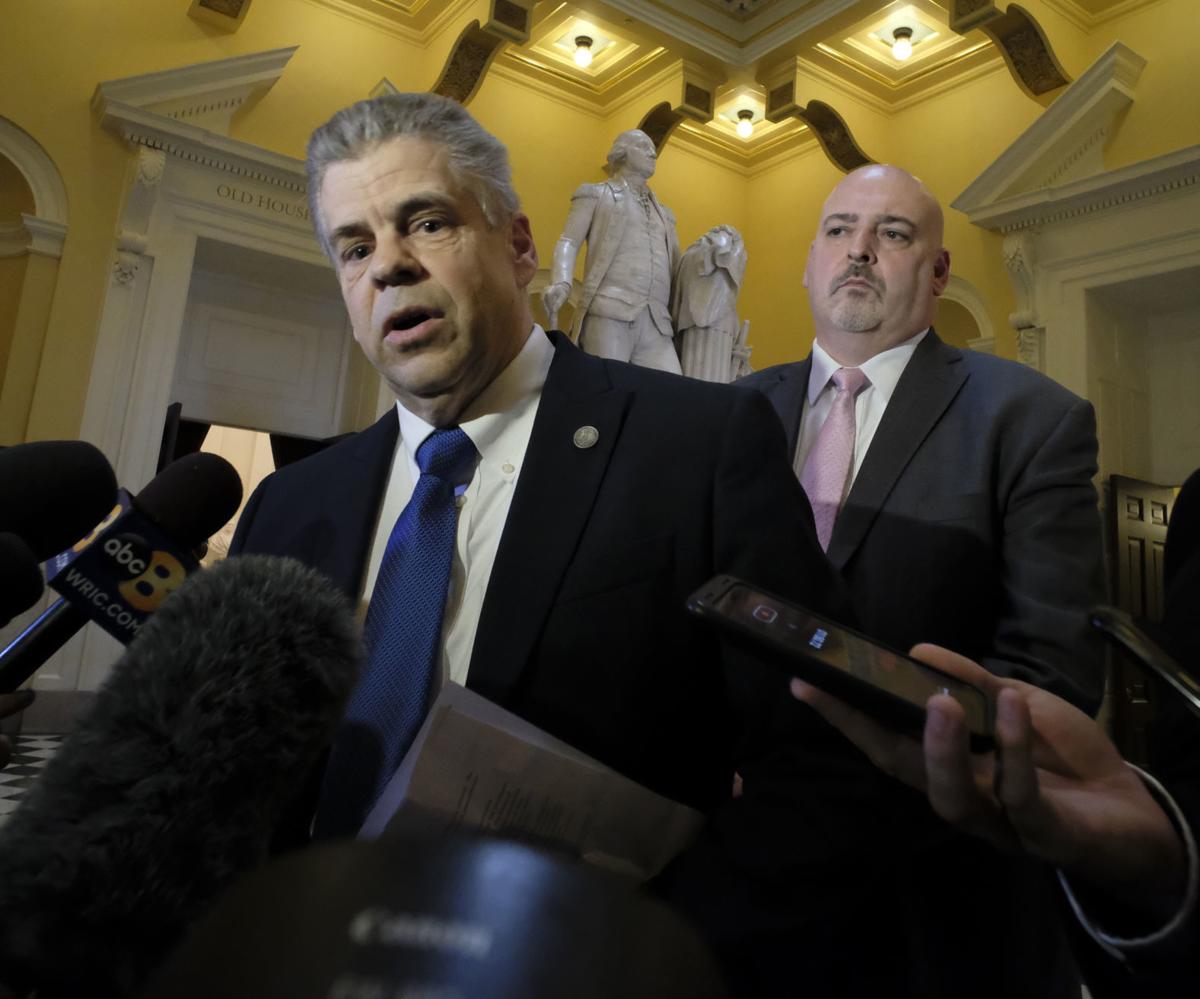