Four days after calling for Gov. Ralph Northam to resign in a scandal involving a blackface photo in Northam’s medical school yearbook, Attorney General Mark Herring apologized Wednesday for wearing blackface while portraying a rapper as an undergraduate at the University of Virginia in 1980.

Herring’s statement rocked anew a Virginia Capitol already staggered by the Northam scandal and a sexual assault allegation against Lt. Gov. Justin Fairfax, putting the three Democrats under extraordinary scrutiny all at once. The Democrats’ implosion deepened a crisis in state government as the General Assembly reached the procedural midpoint of its 46-day session.

“In 1980, when I was a 19-year-old undergraduate in college, some friends suggested we attend a party dressed like rappers we listened to at the time, like Kurtis Blow, and perform a song. It sounds ridiculous even now writing it. But because of our ignorance and glib attitudes — and because we did not have an appreciation for the experiences and perspectives of others — we dressed up and put on wigs and brown makeup,” Herring said in the statement. “This was a onetime occurrence and I accept full responsibility for my conduct.”

The Republican Party of Virginia issued a statement saying Herring had lost the moral authority to govern and should resign.

House Speaker Kirk Cox, R-Colonial Heights, said in another statement: “The belated admission from Attorney General Herring is shocking. He should adhere to the standard he has set for others or he loses credibility.”

Herring stepped down from one role Wednesday, resigning as co-chair of the Democratic Attorneys General Association. Herring “offered to step aside” and the committee accepted, said Lizzie Ulmer, the organization’s communications director.

Herring’s admission came five days after a scandal involving Northam broke when the right-wing website Big League Politics published a story on a racist photo in his 1984 Eastern Virginia Medical School yearbook. The photo showed a man in blackface and a man in Ku Klux Klan regalia on Northam’s yearbook page.

Northam said Friday that he was in the photo and apologized, but the next day he said he was sure he was not in the photo, although he admitted he had used blackface the same year while portraying Michael Jackson in a dance contest. He said he had learned in 2017 from an aide that what he had done was hurtful. The photo led to near-universal calls from Democrats for Northam’s resignation. His news conference Saturday prompted further calls for him to step down.

As Democrats prepared for Fairfax’s possible ascent to the Executive Mansion, a scandal hit him Sunday night when Big League Politics published an allegation that he sexually assaulted a woman in 2004 at the Democratic National Convention in Boston.

Herring met Wednesday morning with members of the Virginia Legislative Black Caucus, and tears were shed in the room.

Del. Lamont Bagby, D-Henrico, who chairs the black caucus, said he and his members will be crafting a statement.

“We have a strong caucus. ... I think we will continue to take an opportunity to lead and let the commonwealth heal,” Bagby said.

Members of the caucus walked the halls of the Capitol looking stunned after their meeting with Herring. Bagby retreated to his desk in a far corner of the House chamber, where he sat in exhausted silence.

Outside Herring’s office in the Barbara Johns Office Building across the street from the Capitol, about a dozen journalists and TV crews from local and national outlets waited to see if he would surface. Workers exiting the building at the end of the day were pitched questions about Herring’s whereabouts — whether he was still in the building and had plans to appear before the press.

Herring’s fellow Democrats in the legislature and party did not call for his resignation on Wednesday. Were he to resign, the Republican-controlled General Assembly would chose his successor.

“It’s certainly hard for Democrats to demand that Northam resign but not Herring,” said Leslie Caughell, an associate professor of political science at Virginia Wesleyan University, in an email.

“Part of what makes what Northam and Herring did so painful is that it suggests a complete lack of awareness of the history of blackface. People donned blackface to portray characters that mocked African-Americans as lazy, intellectually deficient, sexually rapacious, etc. It’s not just part of a costume, it’s part of a deep legacy through which white Americans have denigrated black Americans.”

In Herring’s statement, he said his use of blackface was a one-time occurrence and the shame of it had “haunted me for decades.”

“That I have contributed to the pain Virginians have felt this week is the greatest shame I have ever felt,” his statement said.

The scandals come ahead of the November elections for all 140 legislative seats, which will determine control of the House of Delegates and the state Senate. Republicans hold a 51-48 edge in the House pending results of a Feb. 19 special election in a solidly Democratic district. Republicans hold a 21-19 advantage in the Senate.

Mark Rozell, a dean at George Mason University and longtime observer of Virginia politics, said Democrats’ zero-tolerance stance on race and gender — intended to sharpen the contrast with President Donald Trump’s controversial personal behavior — is becoming an obstacle for their party.

“Politically, I think they’re getting hammered by their own standard,” Rozell said.

Larry Sabato, head of the Center for Politics at the University of Virginia, tweeted Wednesday afternoon: “Everyone connected to @UVA should be embarrassed that AG Herring’s blackface was here. I know I am. And my guess is this wasn’t an isolated incident.”

He added in a follow-up tweet: “ ‘Isolated incident’ for Herring, perhaps, but not for @UVA. A certain element here has long thought blackface was amusing and acceptable. I favor automatic expulsion for any student engaging in this disgraceful conduct.”

The University of Virginia said in a statement: “Dressing in blackface is racist and offensive. This latest revelation underscores how important it is to continue honest conversations about our past, whether distant or not-so-distant, and how that past continues to influence our present. Those conversations have been occurring at UVA for a number of years, and they will continue.”

The continuing scandal for Democrats could ease pressure, somewhat, on Republicans accused in the Trump era of turning a blind eye to racism and sexual misconduct.

Rozell said Republicans can say: “Stop pointing your finger at us — clean your own house.”

Several Republican lawmakers stayed quiet about Herring, as they did about Northam and Fairfax.

Herring, 57, was elected in 2017 to a second consecutive term as attorney general. He topped Republican John Adams after campaigning, in part, on his efforts to eliminate a backlog in testing of rape kits and to reduce sexual and domestic violence.

Herring was town attorney in Lovettsville, in Loudoun, from 1992 to 1999, then served on the county Board of Supervisors from 2000 to 2003 before winning a special election for the state Senate in February 2006 to succeed Republican Bill Mims, who had been named chief deputy attorney general. Mims now serves on the state Supreme Court.

In 2013, Herring beat Fairfax for the Democratic nomination for attorney general by about 4,500 votes. In the general election, he edged state Sen. Mark Obenshain, R-Rockingham, by 165 votes in a contest that went to a recount. He was the first Democrat to serve as Virginia’s attorney general since 1994.

Just 13 days into his first term as the state’s 48th attorney general, Herring sparked controversy on a national stage when he announced that he deemed Virginia’s 2006 ban on same-sex marriage unconstitutional. He said he wanted Virginia to “be on the right side of history.” (As a state senator, he had supported the state’s ban on gay marriage.)

A month later, in Norfolk, U.S. District Judge Arenda Wright Allen ruled that the state’s ban violated the equal protection clause under the 14th Amendment to the U.S. Constitution.

In December, Herring announced his intention to run for governor in 2021. Fairfax also has been expected to seek the Democratic nomination. Richmond Mayor Levar Stoney is considered a possible Democratic candidate.

Why is Virginia politics so unforgiving - and at a time when forgiveness is one of its driving forces?

Virginia Del. Joe Lindsey, D-Norfolk, had just walked out of the House chamber after Tuesday’s legislative session when he was met by a wall o…

Lt. Gov. Justin Fairfax, who over the weekend was championed by many Democrats as a successor to embattled Gov. Ralph Northam, is now fiercely…

The woman whose sexual assault allegations against Virginia's lieutenant governor surfaced this week is speaking publicly about the encounter.

Attorney General Mark Herring's full statement: ' I had a callous and inexcusable lack of awareness'

"The very bright light that is shining on Virginia right now is sparking a painful but, I think we all hope, important conversation. The stake… 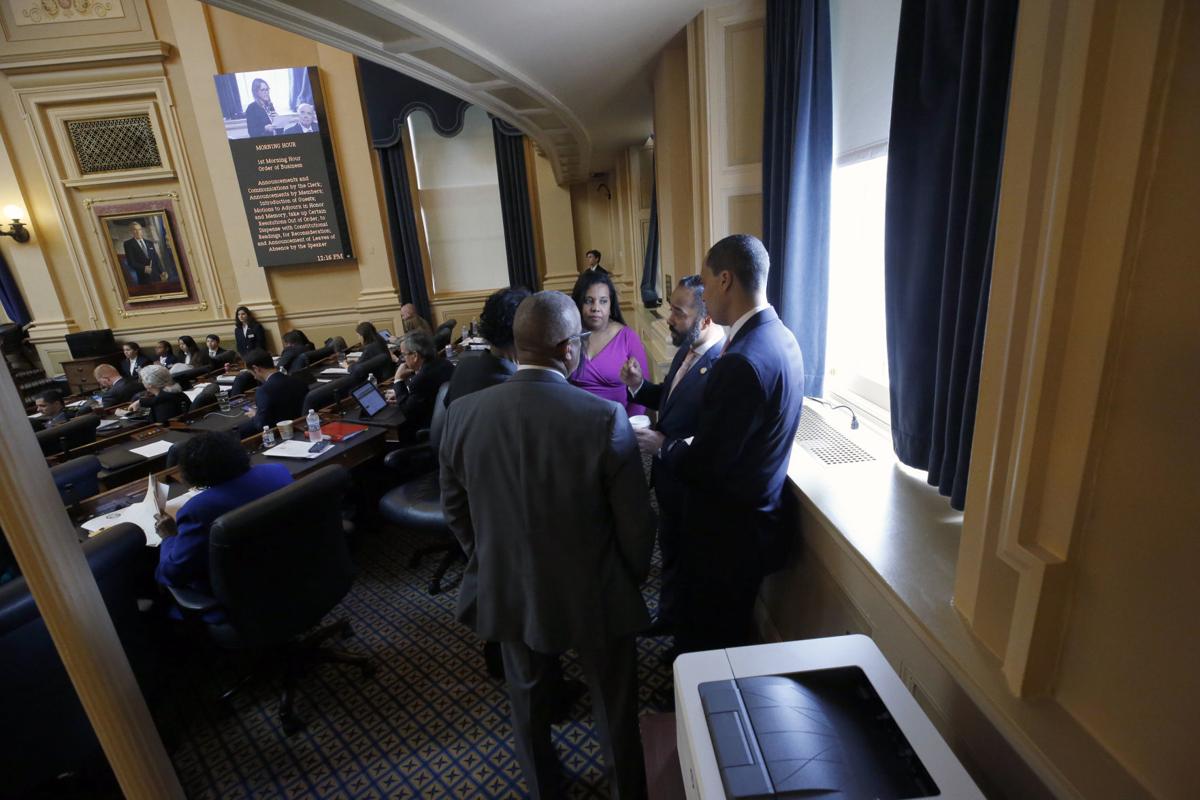 Members of the Virginia Legislative Black Caucus huddled Wednesday in the rear of the House chamber. Attorney General Mark Herring had met with them earlier in the day. 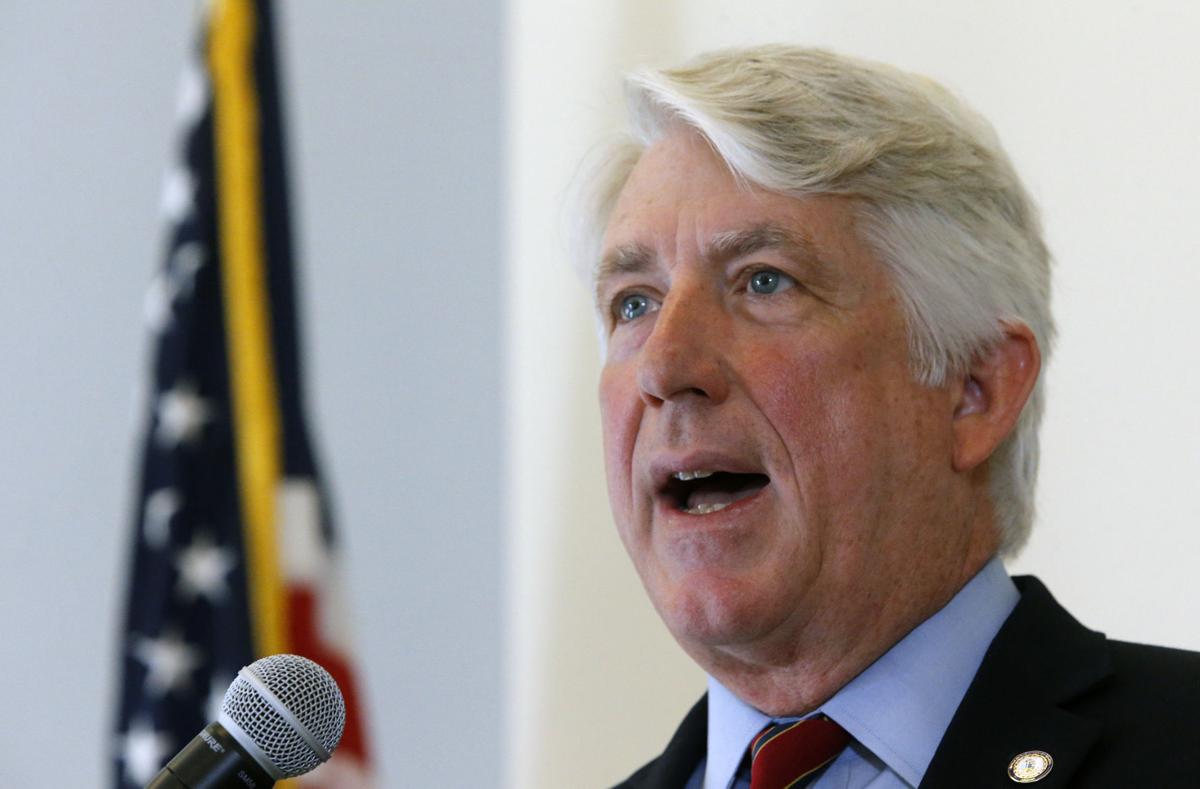