Williams: Asheville, N.C. will give reparations to its Black residents. Could Richmond be next?
34 comments
Share this
Only $5 for 5 months
1 of 2 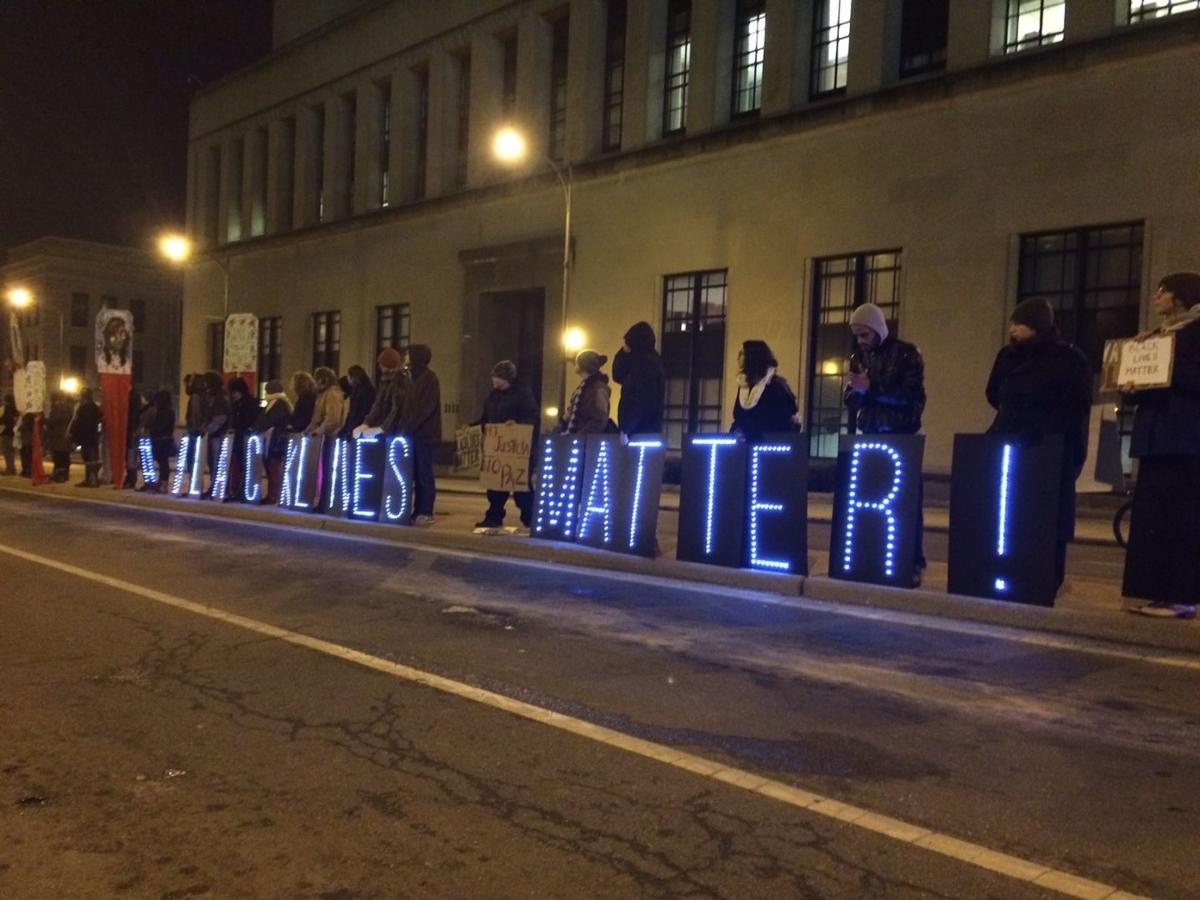 A demonstration in downtown Richmond, with the message “black lives matter,” temporarily shut down several blocks of traffic along East Broad Street. 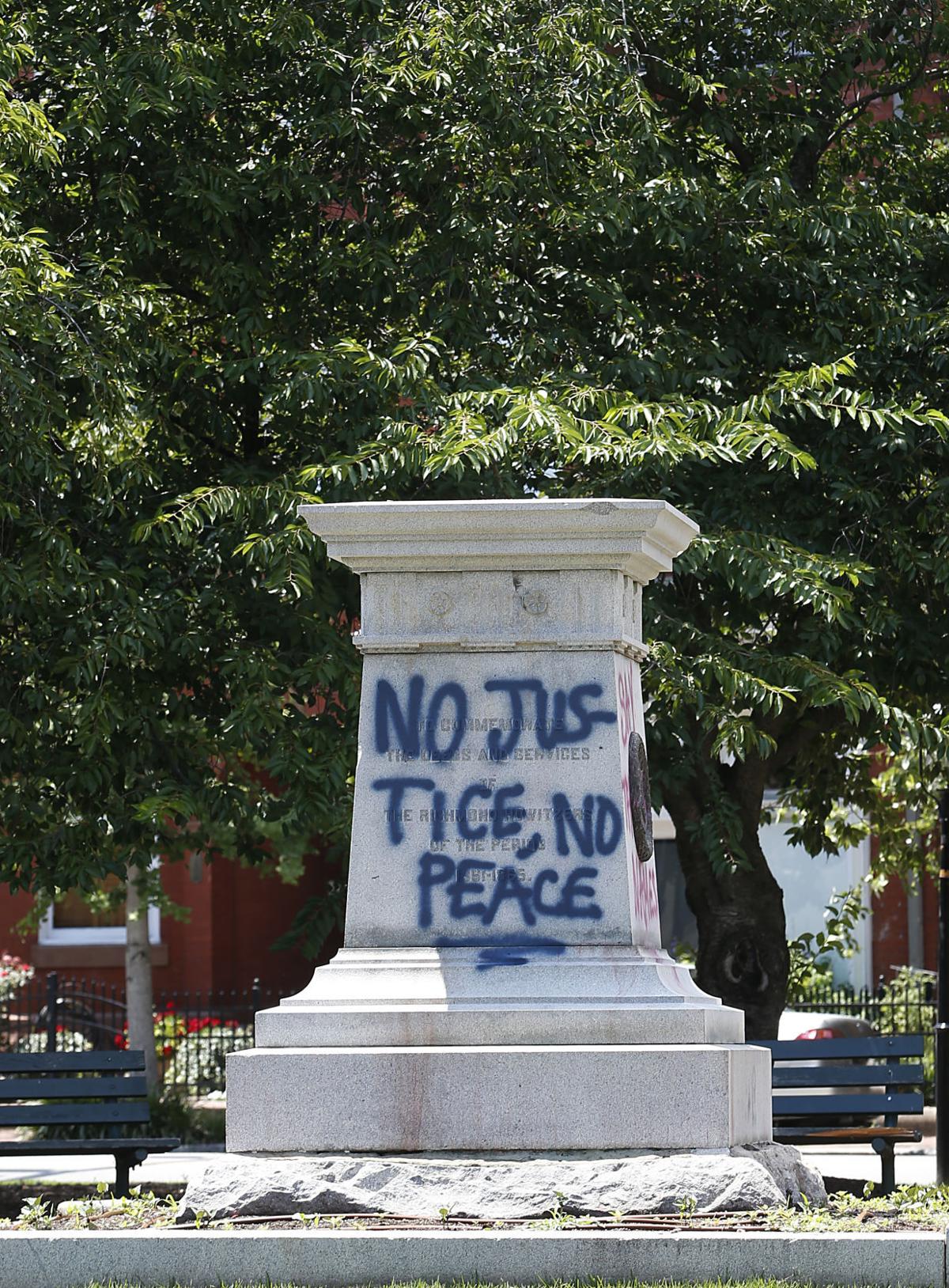 The pedestal where the Richmond Howitzers statue once stood remains in the Fan District. Protesters toppled the statue the night of June 16.

While Richmond has grabbed headlines by toppling Confederate monuments, Asheville, N.C., is taking an important step in repairing Black lives.

The Asheville City Council unanimously approved reparations Tuesday that would come not in the form of cash payments, but in funding for programs to increase home ownership and business and career opportunities for Black residents, according to The New York Times.

Asheville, a scenic bohemian city of 93,000 in the Great Smoky Mountains, is as progressive as any municipality in the South. But African Americans make up less than 12% of its population.

Richmond is a city of more than 230,000 residents, nearly half of them Black. We were the capital of the Confederacy and the second-largest domestic slave market in the nation. Our history strongly suggests we are every bit as much in need of repair as Asheville, if not more so.

The sins inflicted upon African Americans in Richmond’s past haunt us today.

The race-related traumas of African Americans “translate into behaviors that drive incidents of violence that we’re seeing in our communities,” said Kim Young, a Richmond resident and licensed clinical social worker.

The news out of western North Carolina did not escape the notice of elected officials in Richmond.

“I would love to have a community conversation on it,” said Councilman Mike Jones.

“The mayor asked his team yesterday to review the resolution from Asheville and what from it could be added to the ongoing work in Richmond,” Stoney spokesman Jim Nolan said Thursday.

But the idea of locally-based reparations is not without skeptics, including William A. Darity Jr., a professor of economics and public policy at Duke University.

Darity, co-author with Kirsten Mullen of “From Here to Equality: Reparations for Black Americans,” said in an email that municipalities and state governments lack the funds for an aspect of reparations he deems essential: eliminating the Black-white wealth gap.

That would require $10 trillion to $12 trillion, he said. “Their total budgets in the current year are approximately $3.1 trillion to meet all of their expenses.”

He’ll get no argument from me. But Congress is gridlocked; the president, busy stoking racial grievance with each tweet, soundbite or executive action.

On the other hand, the Black Lives Matter movement is in full ascendancy. If not now for reparations, when?

Confederate monuments are toppling. We’ve experienced a lifetime’s worth of “I thought I’d never see” moments compressed first into the past dozen years, and then, the past dozen weeks. You can argue their tactics, but activists are agitating fiercely before the tide inevitably shifts.

Or as Young says: “These times are highlighting all the possibilities.”

The Movement for Black Lives has advanced a policy platform with specific calls for reparations for Black people, including: free access to lifetime education; a guaranteed minimum livable wage for Black residents as reparations for the ongoing divestment from, discrimination toward and exploitation of Black communities; and reparations “for the wealth extracted from our communities through environmental racism, slavery, food apartheid, housing discrimination”; and for “healing ongoing physical and mental trauma.”

The platform also calls for legislation at the federal and state level acknowledging the lasting impact of slavery and a plan to address those impacts.

To my ears, some of this sounds similar to what the “defund police” movement calls for: a reallocation of resources toward people-focused investments that would redress damage, enhance lives and ameliorate crime.

Reparations have been a nonstarter in Congress since then-U.S. Rep. John Conyers, D-Mich., introduced the “Commission to Study and Development Reparation Proposals for African-Americans Act,” now known as H.R. 40, in 1989.

Kristin Reed, a co-founder of the social justice group Richmond For All, wonders if a localized reparations movement would hurt a more comprehensive federal reparations effort by eroding popular support.

“That said, there are some incredible models for reparations in very targeted areas like public education curriculum that I think are great examples of policies we should be pursuing locally,” she said.

We’ve taken down symbols, but that won’t mean much if we don’t build racial equity.

If we don’t invest to fix our nation’s wrongs, America will continue to lose value.

Cooper said the board was compelled to extend the contract now so that Cashwell and her administration can focus on navigating the school system through the challenges of the pandemic and heightened attention around issues of racial justice.

Amid COVID, Virginia Lottery says it brought in $595 million in profit in FY20

The home visits of elected officials that have become a calling card of Richmond demonstrations are not what our ailing democracy needs.

A demonstration in downtown Richmond, with the message “black lives matter,” temporarily shut down several blocks of traffic along East Broad Street.

The pedestal where the Richmond Howitzers statue once stood remains in the Fan District. Protesters toppled the statue the night of June 16.