Like many who struggled to pay rent during the pandemic, 6 of 10 families in Richmond’s public housing are behind on their rent, the Richmond Redevelopment and Housing Authority‘s latest figures show.

But so far, only a handful have been evicted.

Since May, when RRHA returned to demanding back rent in court, the housing authority has issued 30-day lease termination notes to 166 tenants and has evicted five. The notes are the first step in the eviction process.

Most residents resolved the matter, either by paying off the balance, or agreeing to a payment plan or getting help from the state’s now-shuttered rent relief program.

About 107 did that even before the 30 days ended and the authority was to go to court to get a so-called “unlawful detainer” order.

After the filing of the unlawful detainer, an additional 43 residents then acted to deal with the unpaid rent before a judge could grant an order of possession, the document that brings a sheriff’s deputy to the door to carry out the eviction. 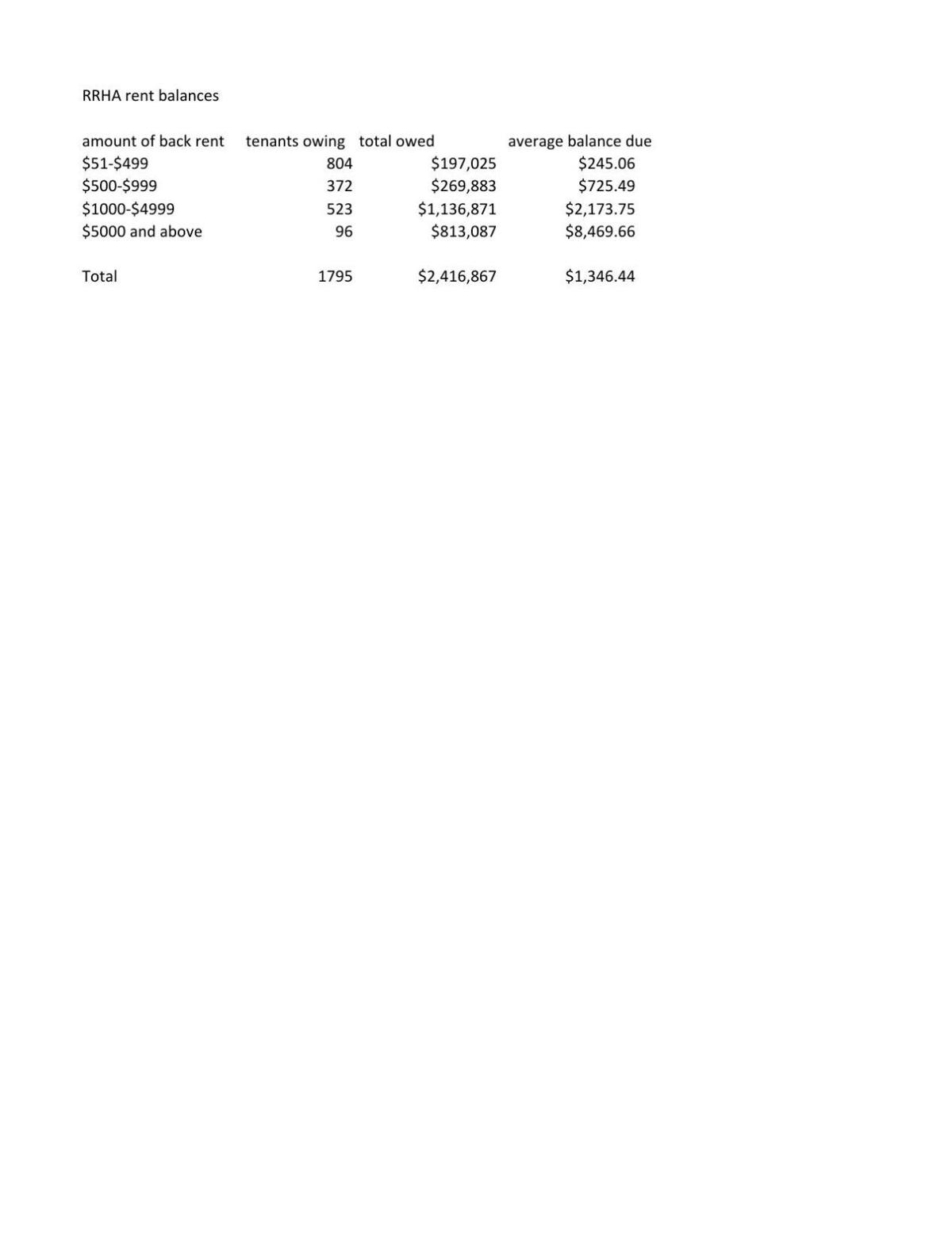 As of this week, 1,795 tenants are behind on their rent, for a total of $2.4 million, with an average balance owned of about $1,346. That total is equivalent to just over a quarter of what RRHA collected last year.

The largest number owing rent, 804, owe an average of $246 — roughly the average monthly rent for the variously sized RRHA units.

Meanwhile, 162 tenants have signed up for repayment plans.

With these, they pay 10% of back rent due every month. Missing two months in a row means the authority will terminate the lease. 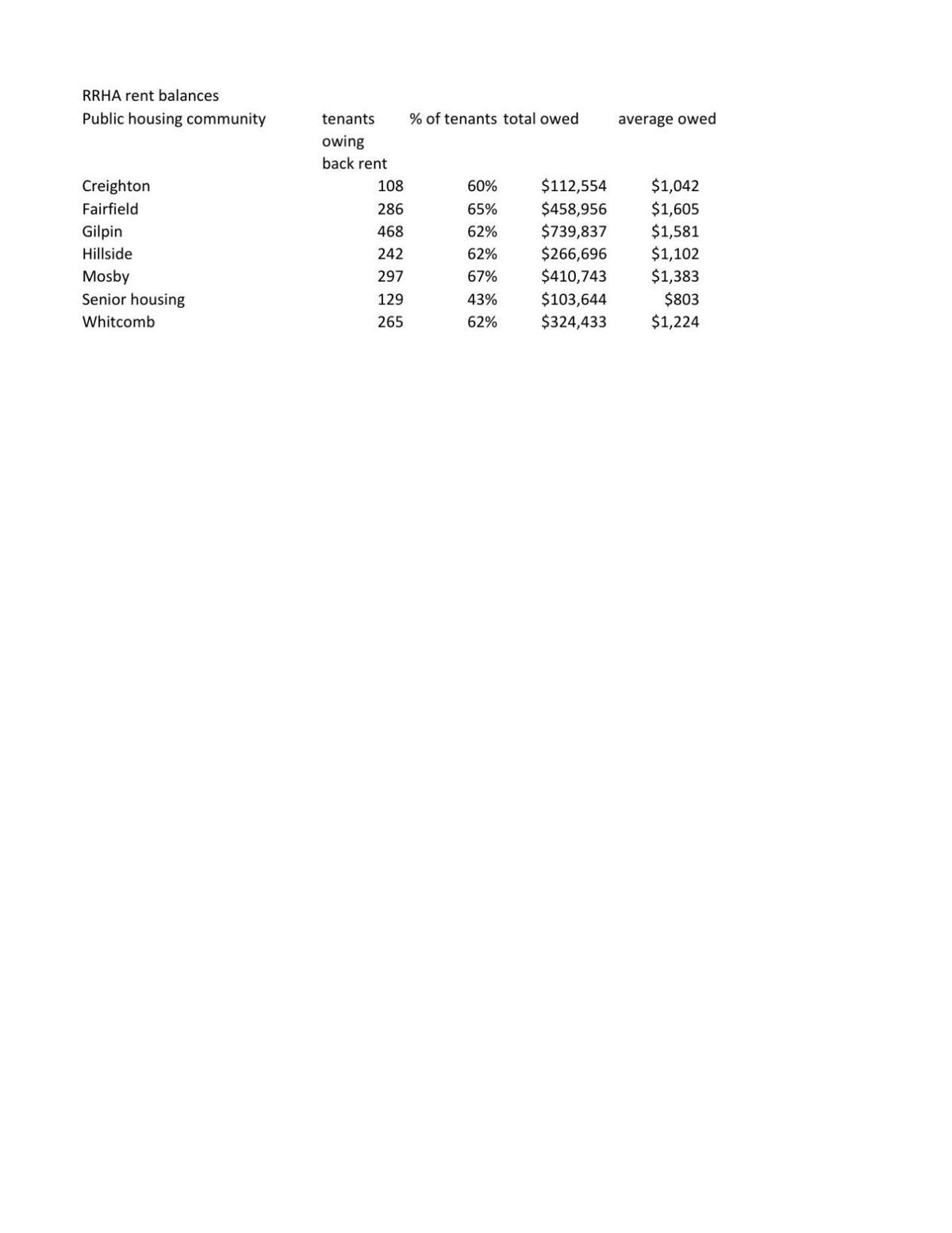 If a tenant’s income declines — since rent at public housing is typically set at 30% of monthly income after specific deductions — the payment due will decline as well, but income increases will not affect that repayment amount.

The authority stopped evicting residents for nonpayment of rent in late 2019, when the state temporarily closed courts and launched protections to make sure tenants didn’t lose their homes if they couldn’t work as many employers also shut their doors.

RRHA had proposed resuming evictions in the summer of 2021, then delayed that plan until this year to give tenants more time to catch up.

Two years after losing its chief executive officer, the Richmond Redevelopment and Housing Authority has officially filled the position, permanently.

A total of 1,600 public housing residents in Richmond are behind on rent.

Often referring to his history growing up in public housing and his Christian faith, incoming Richmond Redevelopment and Housing Authority CEO… 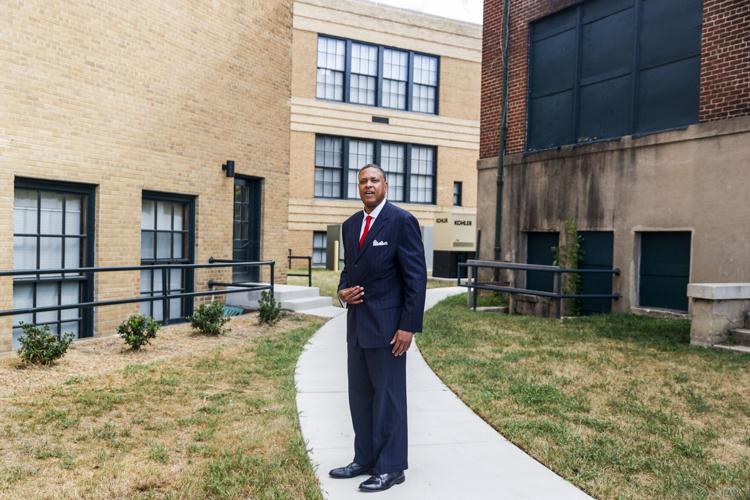 Richmond Redevelopment and Housing Authority’s incoming CEO, Steven Nesmith, stood outside Baker Senior Apartments in Richmond on Tuesday. RRHA has been without a full-time CEO for two years. 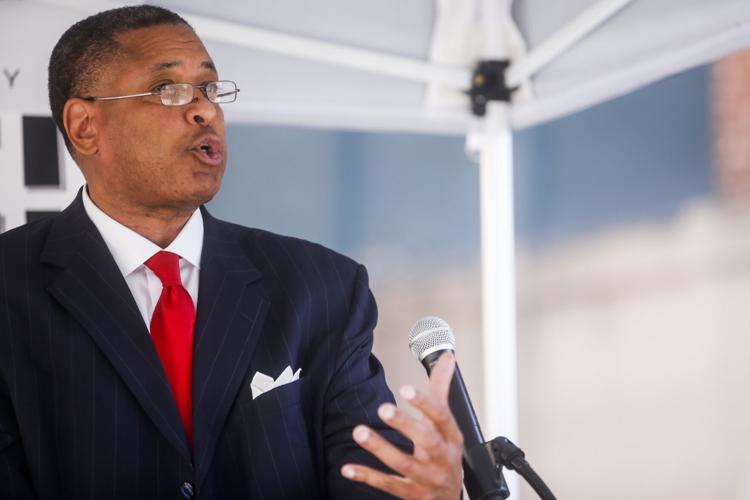 Steven Nesmith, shown in September, is CEO of Richmond Redevelopment and Housing Authority. The authority says 1,795 residents owe a total of $2.4 million in back rent. Of those who are behind, 162 have signed up for repayment plans. 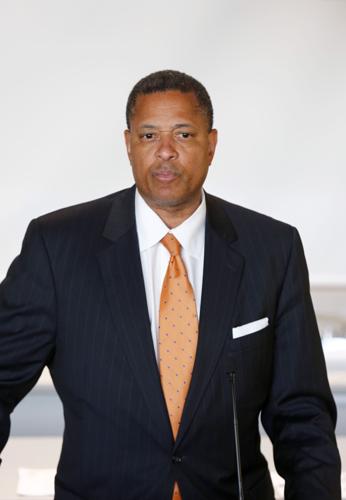