After deaths of mother and infant, Richmond City Council earmarks money for gun violence prevention
0 Comments
Share this
1 of 5 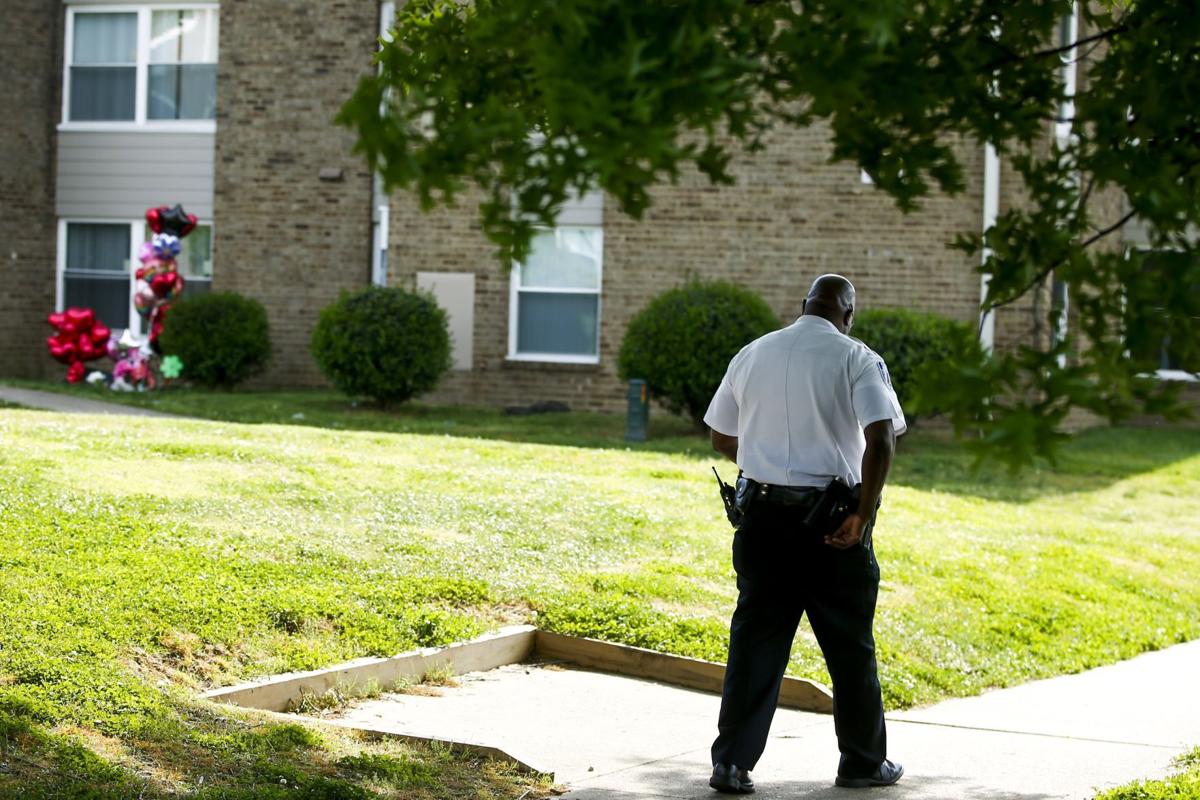 Deputy Police Chief Sydney Collier made his way through The Belt Atlantic apartments on April 28. A shooting there left two dead, including an infant and her mother, and three injured. The balloons were part of a makeshift memorial marking the spot where mom Sharnez Hill fell after she was shot. 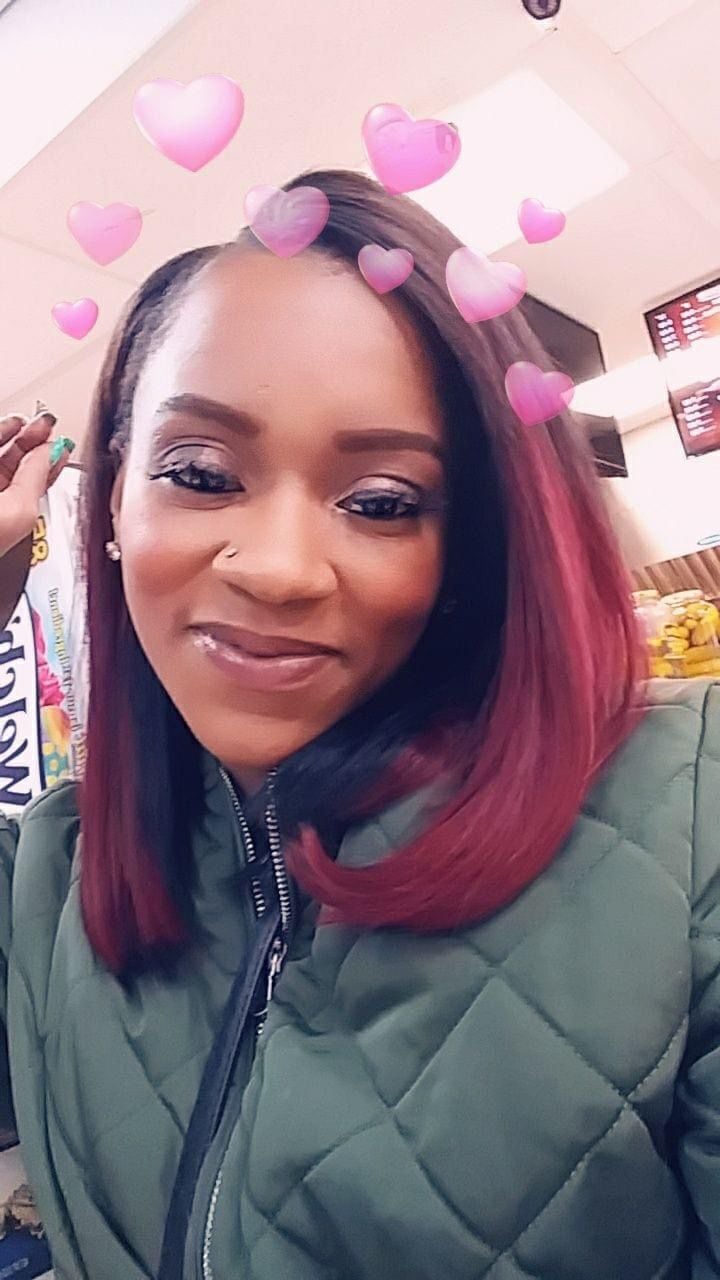 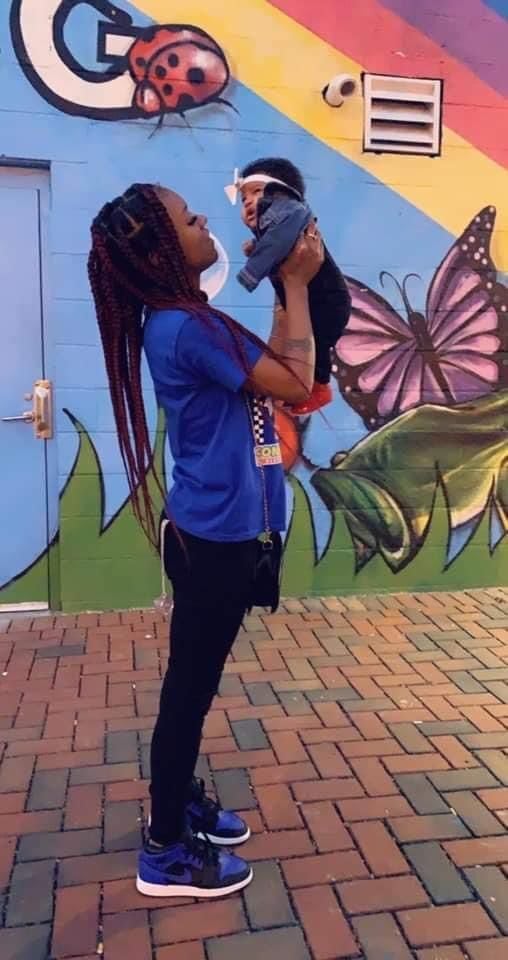 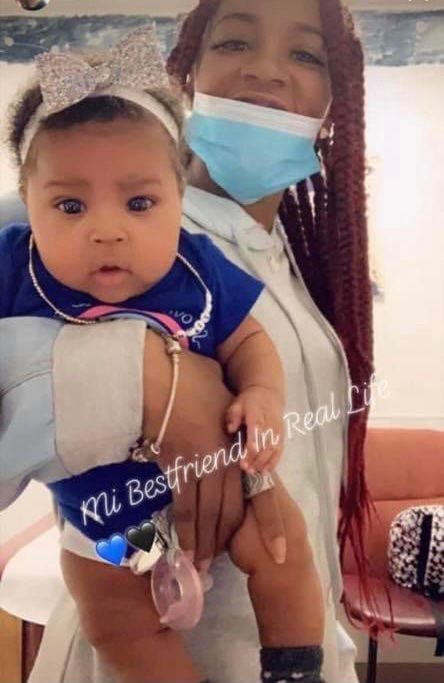 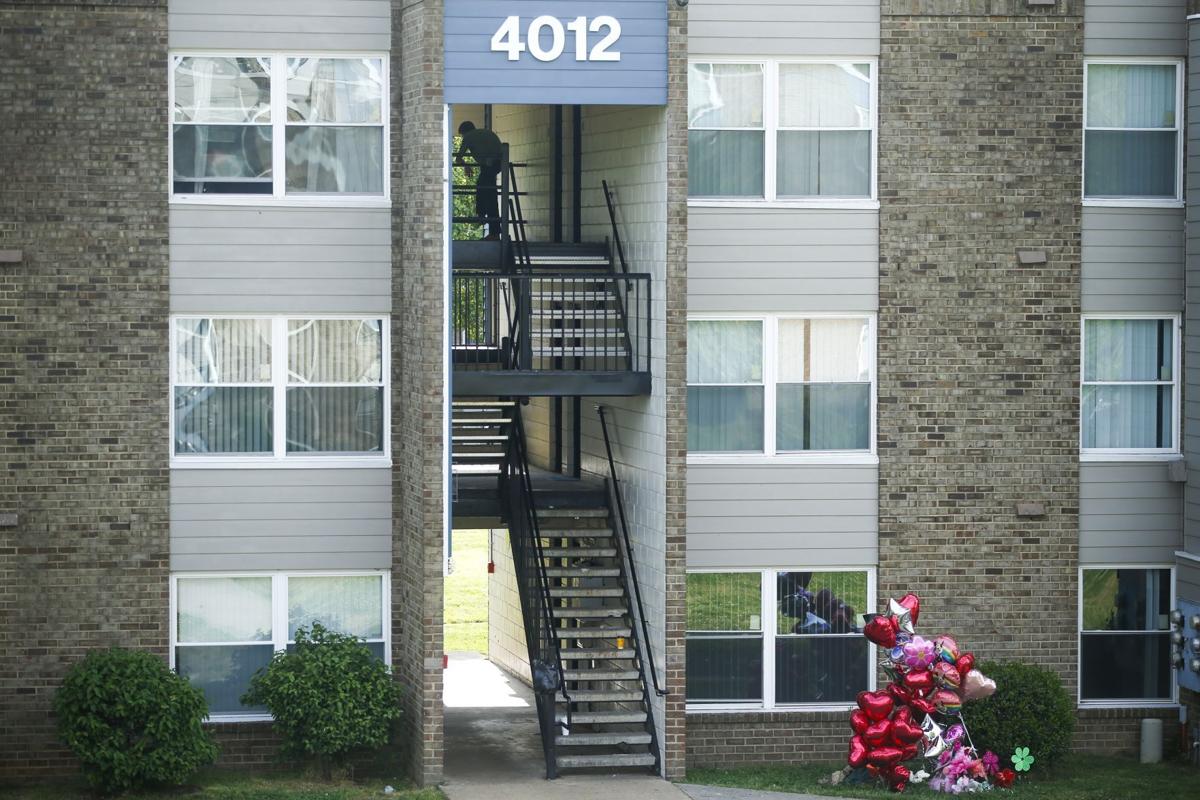 A memorial honors Sharnez Hill and her infant daughter, Neziah, who died in a shooting at the Belt Atlantic Apartments on Midlothian Turnpike on Tuesday. Three other people were hurt but are in stable condition.

Last week’s shooting in South Side that left a new mother and her 3-month-old daughter dead and three others injured has spurred the Richmond City Council to earmark money for gun violence prevention in its upcoming budget.

Council members met Thursday for their final work session ahead of a vote next week on the 2021-22 spending plan, and they set aside $133,000 for two staff positions for coordinating a community-based response after gun violence.

An additional $366,000 is expected to come later this month, according to Councilwoman Stephanie Lynch, who garnered support from her colleagues for the funding, which would cover wrap-around services and support for families and communities affected by shootings, as well as stipends for mentors and leaders that help provide some of those services.

Council members drafted more than 100 amendments to Mayor Levar Stoney’s proposed $770.3 million budget for fiscal 2022, which begins July 1. A gun violence prevention program wasn’t among them until after last week’s shooting, which necessitated a response and commitment from the city, Lynch said.

“We have trauma-impacted communities that are hurting, and our heart breaks for them,” Lynch said at Thursday’s meeting. “And today we wanted to discuss and put some options and solutions on the table.”

The program’s framework is based on a work group that formed in October out of Stoney’s “reimagining public safety” initiative and in collaboration with several other city departments and agencies, including the Richmond Police Department, the Richmond City Health Department and the Richmond Redevelopment and Housing Authority. Lynch invited the group to make a presentation Thursday at the Education and Human Services Standing Committee, which met before the council’s work session.

The model was borne out of the response to the April 27 shooting of five people at The Belt Atlantic apartments off Midlothian Turnpike, when masked gunmen opened fire, traumatizing a courtyard filled with children and bystanders.

A legion of volunteers, community members, faith leaders and businesses responded in the aftermath.

More than 10 families, with children too scared to stay in their homes, were checked into a hotel in Short Pump for the weekend, according to Keisha Cummings, a community engagement specialist and founder of 2LOVE LLC, whom Lynch invited to speak at Thursday’s meeting. When the families arrived back home, they were greeted with services, counseling and mentors.

On Monday, the council is expected to hold a public hearing and vote on the budget.

Jim Nolan, Stoney’s spokesperson, said the mayor’s budget includes funding for a community safety coordinator that will begin implementing some of the work group’s vision for a community-based response.

Later this month, Stoney is expected to submit a resolution to council declaring gun violence a public health crisis, articulating a forthcoming program, and touting some actions that he already has taken to reduce gun violence, such as legislation passed in 2019 and 2020 to ban the presence of firearms at city property, facilities, parks and permitted gatherings.

Last year, a group of local clergy leaders lobbied the mayor and police chief to adopt a new gun violence prevention program modeled from the framework of a national organization in New York. The mayor’s administration declined to do so, but officials said they would form their own program

In an interview Thursday, Kristin Gorin, an organizer with Richmonders Involved to Strengthen Our Communities, said the city’s tentative plans for its own gun violence prevention program seemed like “reinventing the wheel.”

“I would really like to see City Council do something about this now,” she said. “If seeing a 3-month-old dead doesn’t move you to do something urgently, then I think we have a moral crisis in the city of Richmond.”

It was early in the COVID-19 pandemic last year that Michael Summers found what he thought would be decent, reliable housing after couch surfi…

Deputy Police Chief Sydney Collier made his way through The Belt Atlantic apartments on April 28. A shooting there left two dead, including an infant and her mother, and three injured. The balloons were part of a makeshift memorial marking the spot where mom Sharnez Hill fell after she was shot.

A memorial honors Sharnez Hill and her infant daughter, Neziah, who died in a shooting at the Belt Atlantic Apartments on Midlothian Turnpike on Tuesday. Three other people were hurt but are in stable condition.