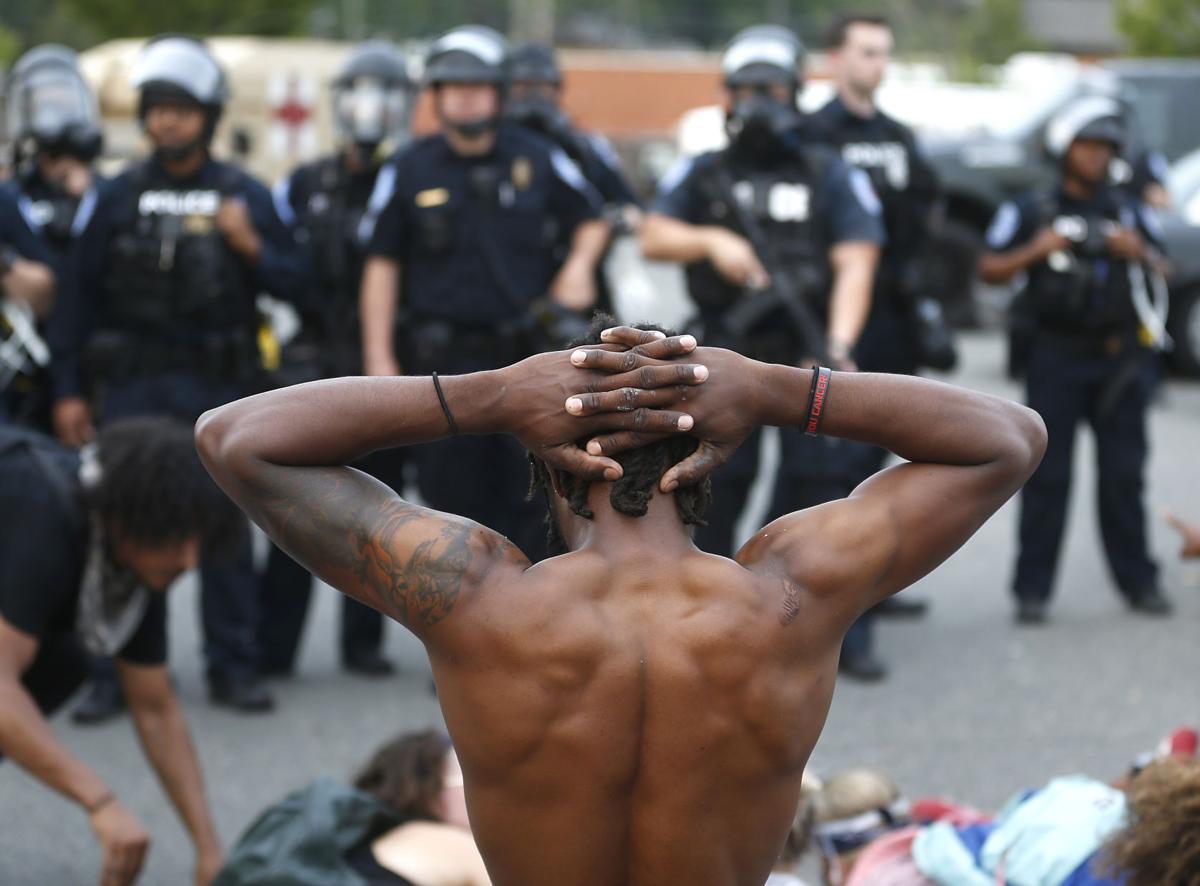 In June 2020, a protester knelt before a line of Richmond police officers at the 4th Precinct on Chamberlayne Avenue. 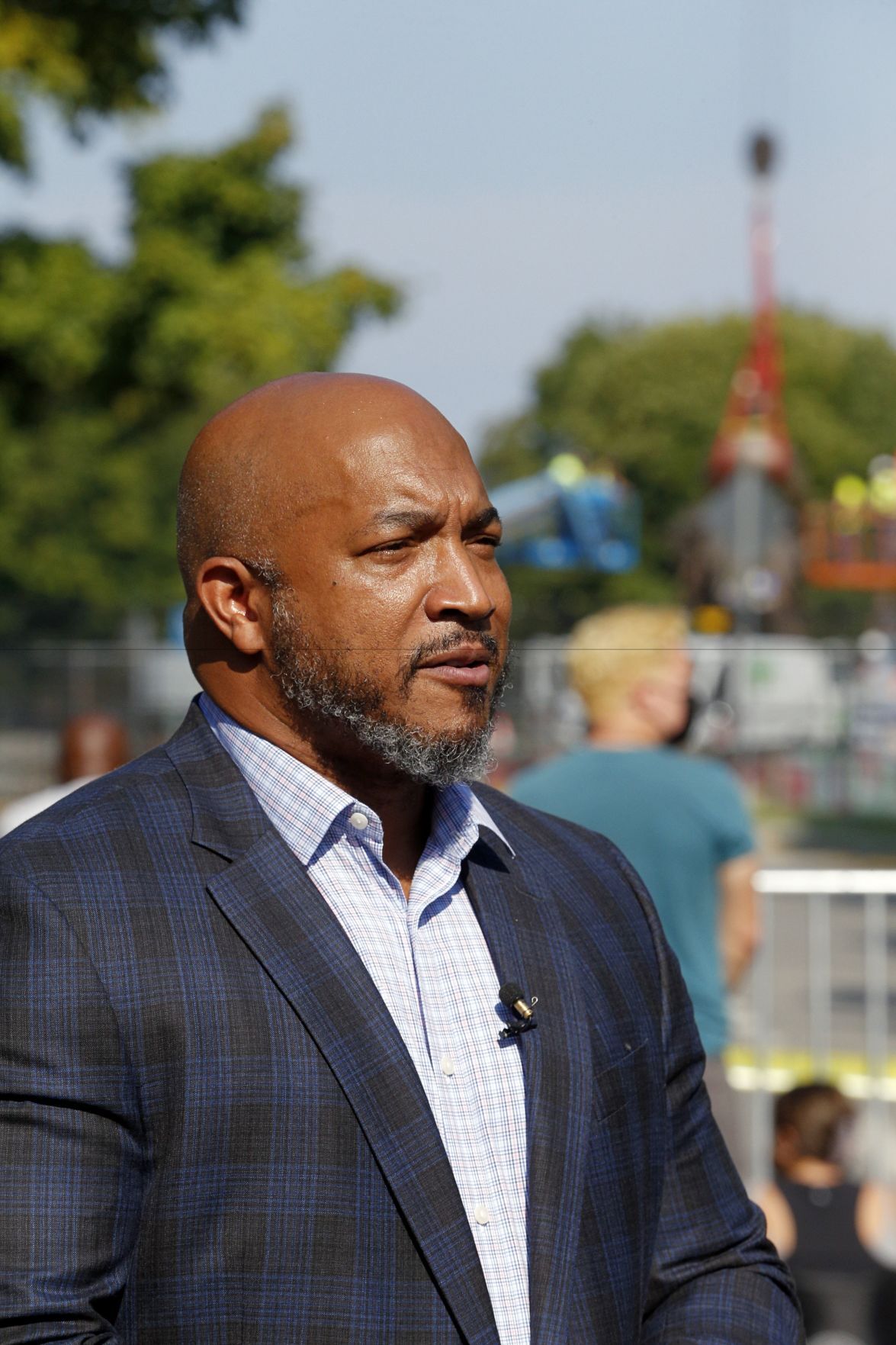 That’s where the hard work is taking place about police behavior, the matter that ultimately led to the removal of those Confederate monuments after George Floyd’s murder by a Minneapolis cop.

On Monday, Richmond City Council received the recommendations of a task force on civilian oversight of the Richmond Police Department, including subpoena power by what would be a civilian review board with an executive director, a full-time staff of investigators and a $1.2 million annual budget.

“I hope it goes through. It should go through,” Richmond Councilman Michael Jones said Tuesday. “The question is, what will go through ... which recommendations we’ll accept.”

Richmond should have had a civilian review board long ago. But policing will not easily be removed from its perch of power and lack of accountability.

“Everyone that celebrated and posted pictures of Robert E. Lee coming down and Black lives matter, y’all better fall in line on this, or else your pictures mean nothing,” Jones said. “So while people are taking victory laps for social justice or social change, here’s the real work right here.”

The mood has shifted somewhat from the summer of 2020.

“You’re familiar with the term ‘strike while the iron’s hot,’ right? My concern was the further we moved away from the protests ... some of the interest will decrease,” Jones said. “Some of the energy, some of the momentum, it will decrease, it will subside. And I think that’s what we’ve seen here.”

Jones was City Council’s most outspoken member on the need to remove Confederate monuments. He kept pushing measures to grant the city the authority to remove them by breaking the legal shackles imposed upon it by state law. The idea wasn’t terribly popular with his colleagues, who kept voting it down.

Jones says his focus during those protests was not on bringing down the monuments, which he believed would “take the focus off what this was really about.”

“Let us truly defy the racial terror and dominance of Robert E. Lee’s legacy and excavate the institutions that truly serve as the time capsules for his values,” he said, calling for a “robust, fully funded and independent civilian review board.”

Well said. But the dig is already getting tricky. Sometimes we can scoop up a mound of earth only to have more dirt fill the hole.

During our 2020 summer of racial reckoning, Richmond school Superintendent Jason Kamras announced that he would recommend removing police officers from the schools. Barely a month later, a majority of RPS students and teachers surveyed by the Virginia Department of Criminal Justice Services said those officers had a positive effect on their environment.

In August, Kamras backed off his police removal plan. “I think school is not a place where police belong,” he said. “I also recognize that, frankly, the [School Board] votes just aren’t there to take that action and a significant part of the community has also shared ... they find some safety in having those individuals there.”

Monday, a motion to end RPS’s memorandum of understanding with Richmond police failed on a 6-3 vote of the Richmond School Board, with only members Kenya Gibson, Liz Doerr and Stephanie Rizzi supporting it.

That board members representing districts with large populations of Black students opposed the measure shows how conflicted we are about policing. One could conclude that those parents’ fears for their children’s safety outweigh those of their kids being sucked into the school-to-prison pipeline.

“There’s a reality that Black folk get mistreated by the police,” Jones said. “But who else are we going to call? You’ve got grandmothers out there saying, ‘If something goes wrong, we want the police there.’ But those same grandmothers say, ‘Please don’t mistreat my grandbabies when you pull them over.’”

The manifest problems with the police policing each other have become too obvious to ignore; the consequences, too dire to sustain.

Police and residents share a common goal of community safety. But neither can be effective without greater transparency and collaboration.

Policing — like those monuments — has been placed on a pedestal. The only way to gain trust is eye to eye.

In June 2020, a protester knelt before a line of Richmond police officers at the 4th Precinct on Chamberlayne Avenue.