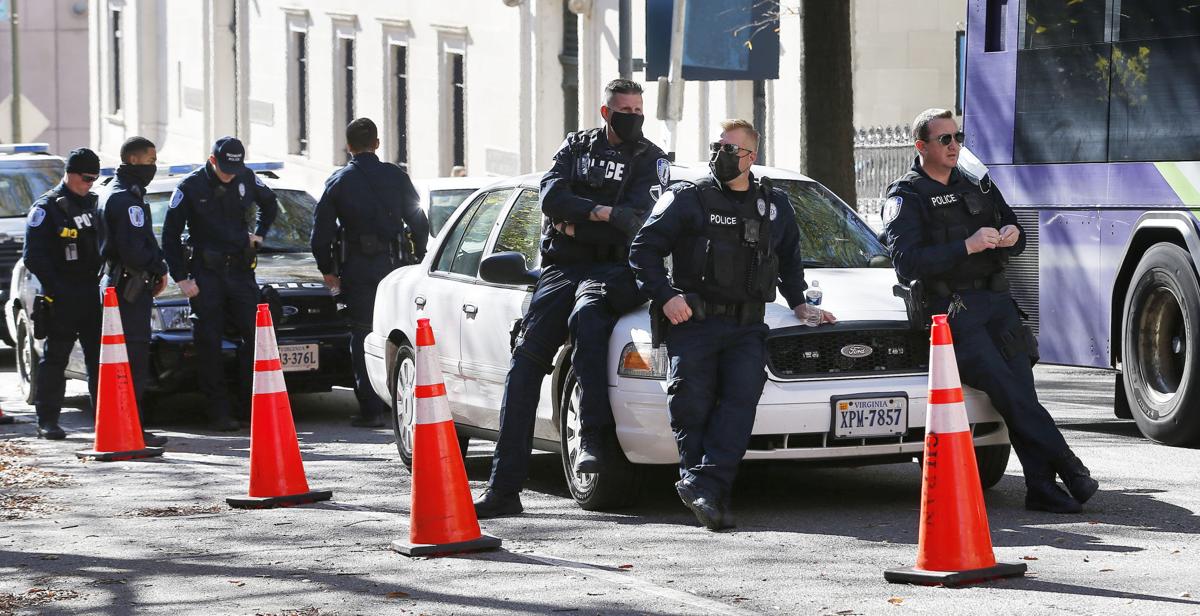 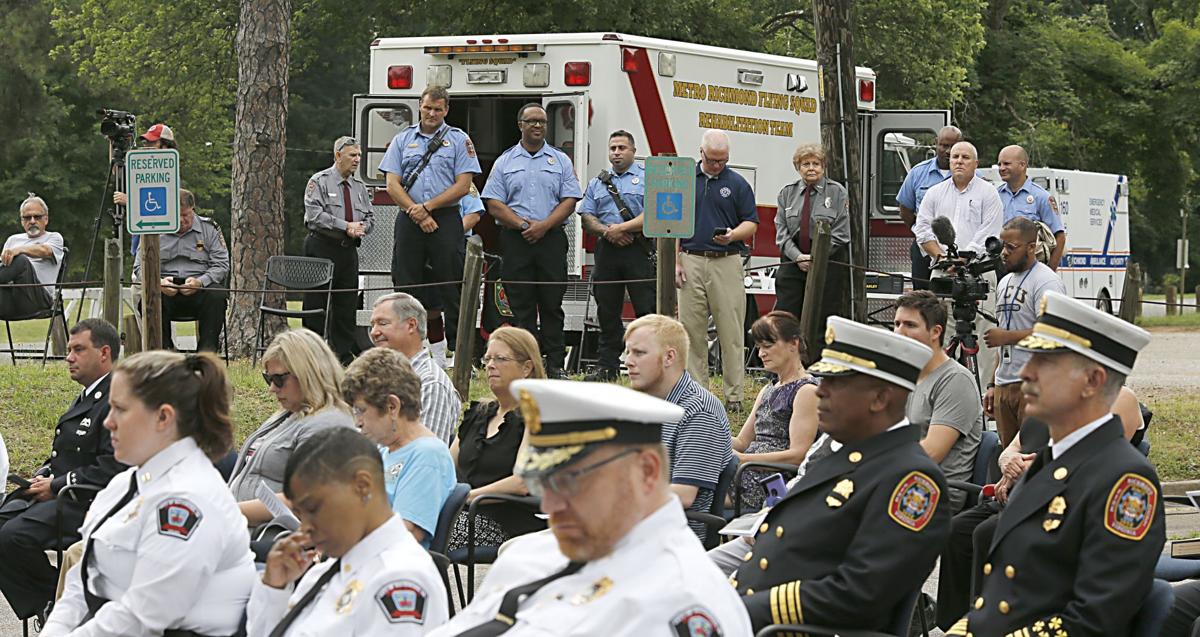 At the Carilion in Byrd Park last year, firefighters and EMS workers listened during a ceremony honoring fallen members. A bill sponsored by Councilwoman Reva Trammell seeks to include hundreds more employees in collective bargaining. 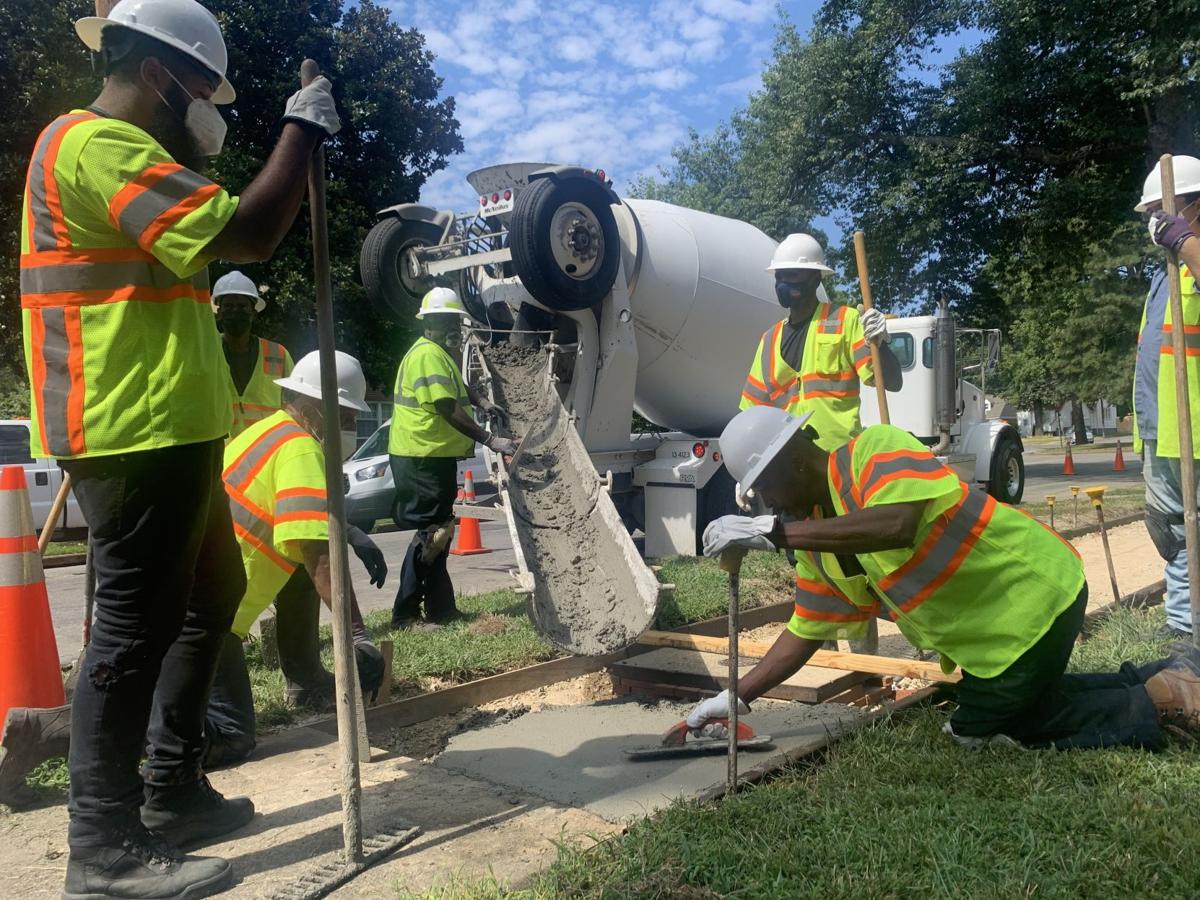 A Department of Public Works crew repaired a segment of sidewalk on McGuire Drive last year. The Richmond City Council may limit collective bargaining to the departments of Public Works and Public Utilities if it passes Mayor Levar Stoney’s ordinance. 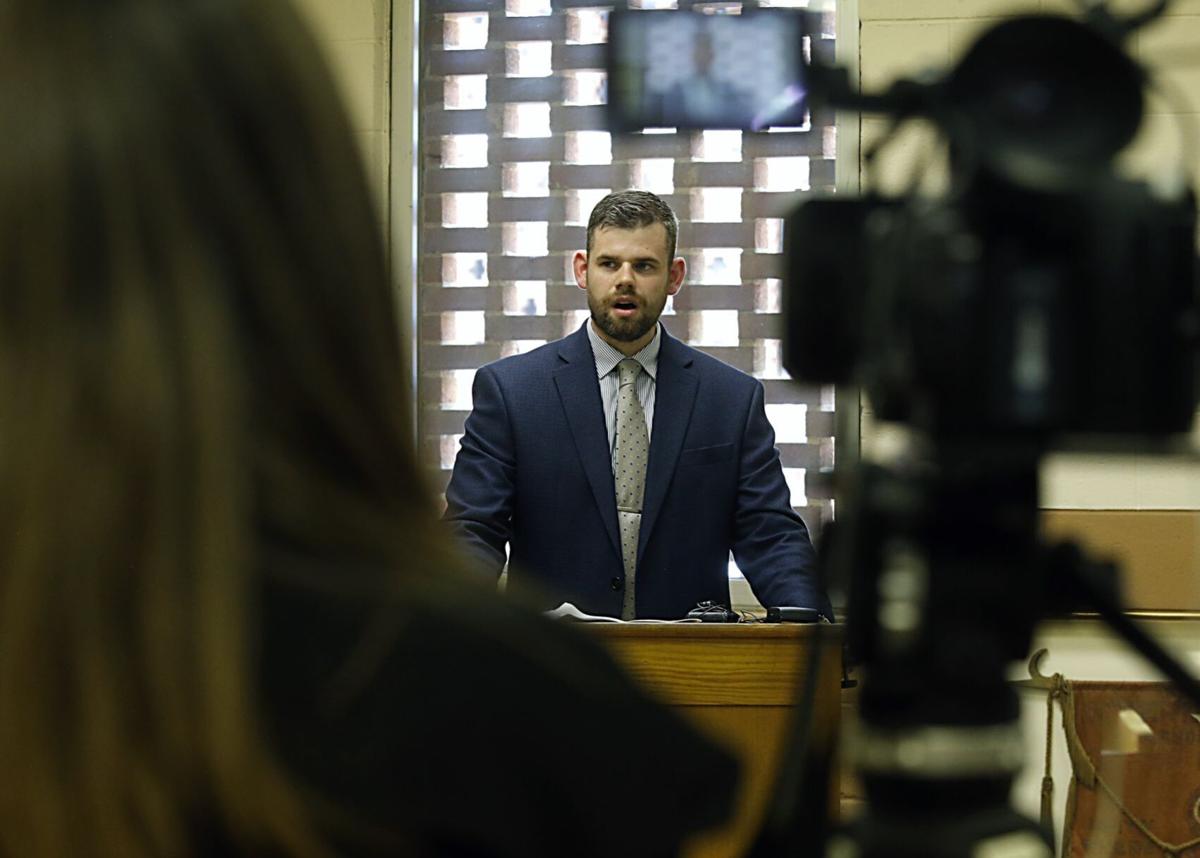 Brendan Leavy, Richmond Coalition of Police president, told reporters on Monday that the organization is not against the vaccine mandate.

Another bill, sponsored by 8th District Councilwoman Reva Trammell, seeks to include hundreds more employees, including police officers and firefighters who say low pay and lack of respect has led to a staffing crisis among their ranks.

“I support our police department, but I don’t support a police union,” 5th District Councilwoman Stephanie Lynch said in an interview on Thursday. “I want people to understand there could be unintended consequences because of the immense amount of authority and power that they have as officers over people’s lives.”

In October, Police Chief Gerald Smith said the department had 102 vacancies and that more than 70 officers were on medical, military or administrative leave, meaning the department at the time was at about 75% of its authorized strength of 750 officers. The Richmond Coalition of Police, an organization that represents about half of the city’s sworn officers, says the number of vacancies continues to climb.

Brendan Leavy, president of RCOP, said administration officials have not yet met with his group to discuss the ordinances.

“[Stoney’s] reasons for excluding public safety employees escape me,” he said. “You’re either for collective bargaining or you’re against it. I don’t think you can be for some labor organizations and against other labor organizations.”

The city is considering collective bargaining after the General Assembly in 2020 passed legislation allowing public sector unions. Before the bill’s passage, Virginia was one of three states with a ban on the practice. The Richmond School Board passed union legislation for teachers in an 8-1 vote last month.

Stoney, who advocated for the new state law, said he is including only public works and utilities workers in his legislative proposal as a way to ease into a new policy framework.

“I believe that there should be a phased approach for collective bargaining. ... The best place to start is with the tradespeople who work within this organization who are the most underpaid in this city,” he said in an interview last month.

Throughout the history of labor organizing, labor activists have been divided over the inclusion of police in the movement, as political leaders and industry bosses have used officers to disrupt labor strikes and protests, sometimes violently. Stoney said those objections aren’t why he kept police out of his ordinance.

In a fall 2020 article for the journal National Affairs, Daniel DiSalvo, a political science professor at the City College of New York, said nationwide protests after the police killing of George Floyd that year put law enforcement unions under a microscope.

While the political left has historically supported labor unions, he wrote, the 2020 protests made people question whether labor organizing led to worker protections that have shielded officers from accountability, which would “poison public relations and put American lives at risk.”

Councilman Michael Jones, who represents the 9th District, said he is supportive of public sector unionizing, but has reservations about Trammell’s proposal to include police.

“I’m pro-union, even for police, but we need to figure out what it looks like,” he said. “If it’s a union that will keep bad actors on the force, I’m not cool with that.”

Leavy said simply adopting a collective bargaining ordinance would not create such a situation, as a labor agreement would still need to be negotiated and approved by city officials.

“Things wouldn’t turn overnight,” he said. “This is just about giving employees a voice. It’s not to shield police.”

First District Councilman Andreas Addison said he is reluctant to exclude certain workers from the ability to negotiate labor contracts, but wants to make sure that officials consider employee performance in addition to compensation if the city permits collective bargaining.

“I do want to make sure that we are looking at this from not only a dollars and cents, but also performance and outcomes,” he said. “That is something that is a concern with the police department with its understaffed operations.”

“It’s going to be really important that we focus on making sure that ... the safety of our residents is maintained.”

In an effort to improve police accountability, a council-appointed task force in August recommended the creation of a new civilian-run department and board with the authority to review police abuse allegations and issue binding discipline actions. But the administration and the council have yet to act on those proposals from the Civilian Review Board task force.

As demands for police reform and accountability remain, progressive labor activists are grappling with whether to work with police organizations and their allies in advocating for collective bargaining rights.

“Today, the left appears willing to excommunicate police unions, while conservatives are disposed to incorporate them into their critique of public-sector unions overall,” DiSalvo wrote in his article. “This means that both sides will have to concede that the problems posed by police unions in particular are similar to those that plague public-sector unions in general.”

Gary Broderick, a labor activist and co-founder of the progressive activist group Richmond for All, said the organization supports the creation of a single bargaining unit for all city employees, but did not answer whether he thinks that should include police officers.

“[Stoney’s] so-called ‘phased approach’ is divide and conquer — create a new caste system of workers, straight out of a union-busting playbook,” he said in an email. “It does not afford city workers the same rights as a private sector worker in Richmond has under the National Labor Relations Act and fails to deliver on his promises to support collective bargaining rights for all city workers.”

Broderick said the group is generally in favor of Trammell’s version of the ordinance, but still finds it “insufficient.” He said he hopes that Trammell, who has been an outspoken supporter of the city’s public safety employees, will also use her platform to brighten a spotlight on sanitation workers, librarians, social services providers, and parks and recreation employees.

Kalia Harris, a progressive community organizer and co-host of the podcast Race Capitol, said she worries that city officials will prioritize money and resources for police over teachers and other city employees.

“Police as an institution exist to protect property and money, not the general public, by design,” Harris said. “Police are the first ones to shut down a strike or picket, and their union contracts shield them from any shred of accountability.

“We’ve seen that in many states that have legislated collective bargaining rights for police — and in cases of police abuse and murder — unions work to shield officers from being fired.”

The council was slated to vote on the two ordinances Monday evening, but announced earlier in the day that it would move both to a committee meeting in February for open discussion.

“We can ensure that workers are respected on the job, protected with safe working conditions and paid a living wage,” said Ben Himmelfarb, a city librarian and member of Richmond for All’s governing board. “Too many full-time staff in our libraries with years of experience are forced to work two or even three jobs simply to take care of themselves and their families. One job should be enough.”

Keith Andes, president of the Richmond Firefighters Association, said: “We feel like we have been left out a lot of times from decision-making when we represent a big body of folks that are dedicated to their craft. Each and every one of them should be able to have a voice.”

Andes said it’s also not just about money, alleging that firefighters in the past have struggled to get city officials to replace a damaged stove in a firehouse.

“These things are small problems in the grand scheme of things, but they’re so important to the people who serve at that station,” he said.

Bill Pantele, a former council member and an attorney for RCOP, said during Monday’s meeting that union organizers are looking to one another for solidarity.

“This is not about just public safety workers or administrative workers or professional workers or laborers,” he said. “This is about all the employees here having voice in their careers.

“This is so essential to have a healthy and successful workplace where employees feel valued.”

At the Carilion in Byrd Park last year, firefighters and EMS workers listened during a ceremony honoring fallen members. A bill sponsored by Councilwoman Reva Trammell seeks to include hundreds more employees in collective bargaining.

A Department of Public Works crew repaired a segment of sidewalk on McGuire Drive last year. The Richmond City Council may limit collective bargaining to the departments of Public Works and Public Utilities if it passes Mayor Levar Stoney’s ordinance.

Brendan Leavy, Richmond Coalition of Police president, told reporters on Monday that the organization is not against the vaccine mandate.