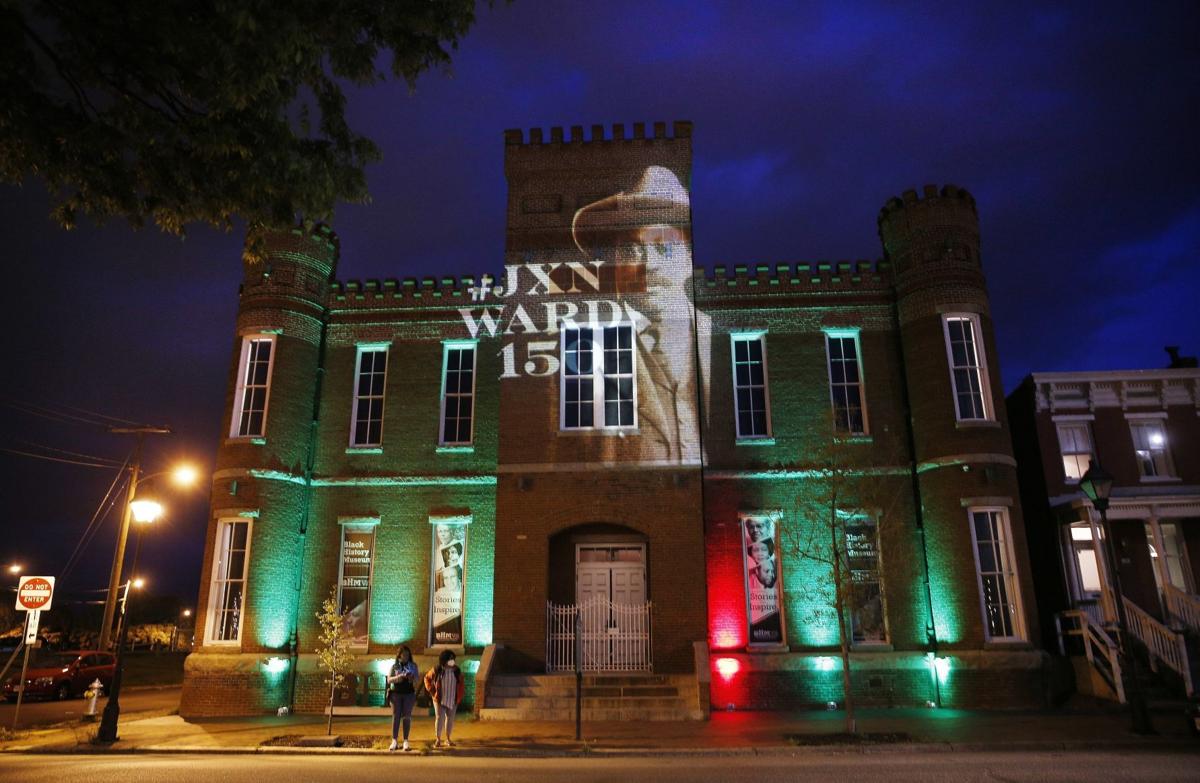 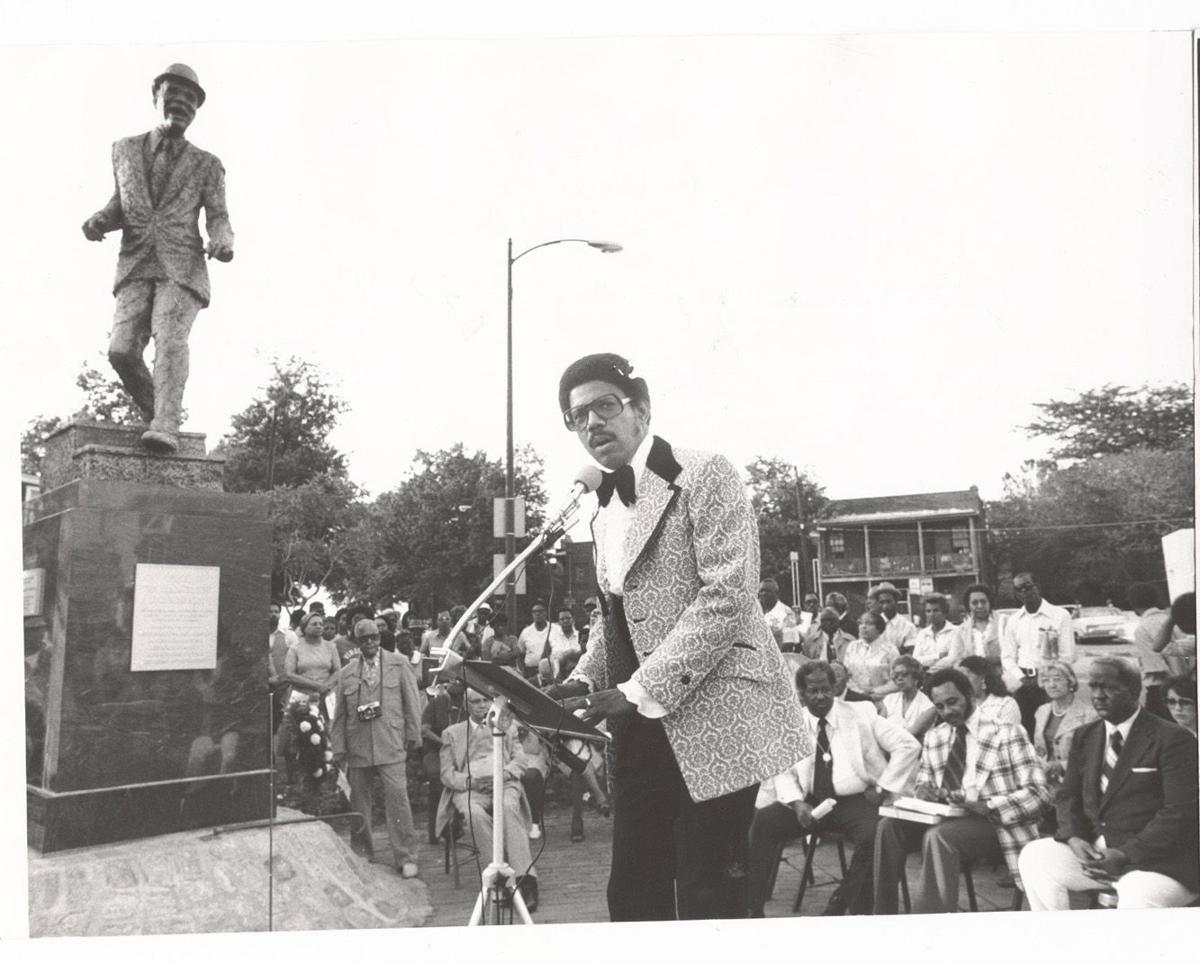 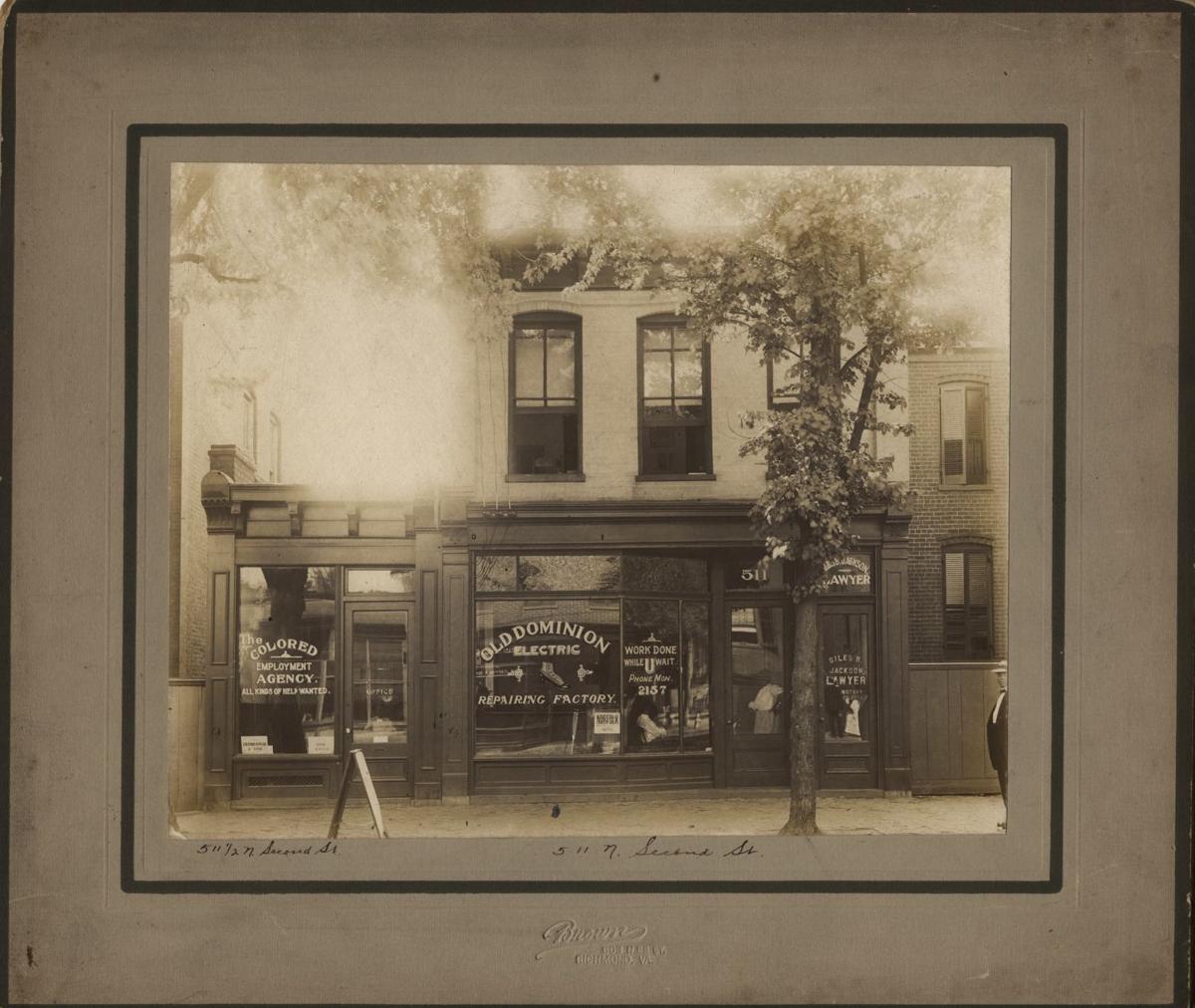 Photo of Giles B. Jackson’s law office in Jackson Ward. 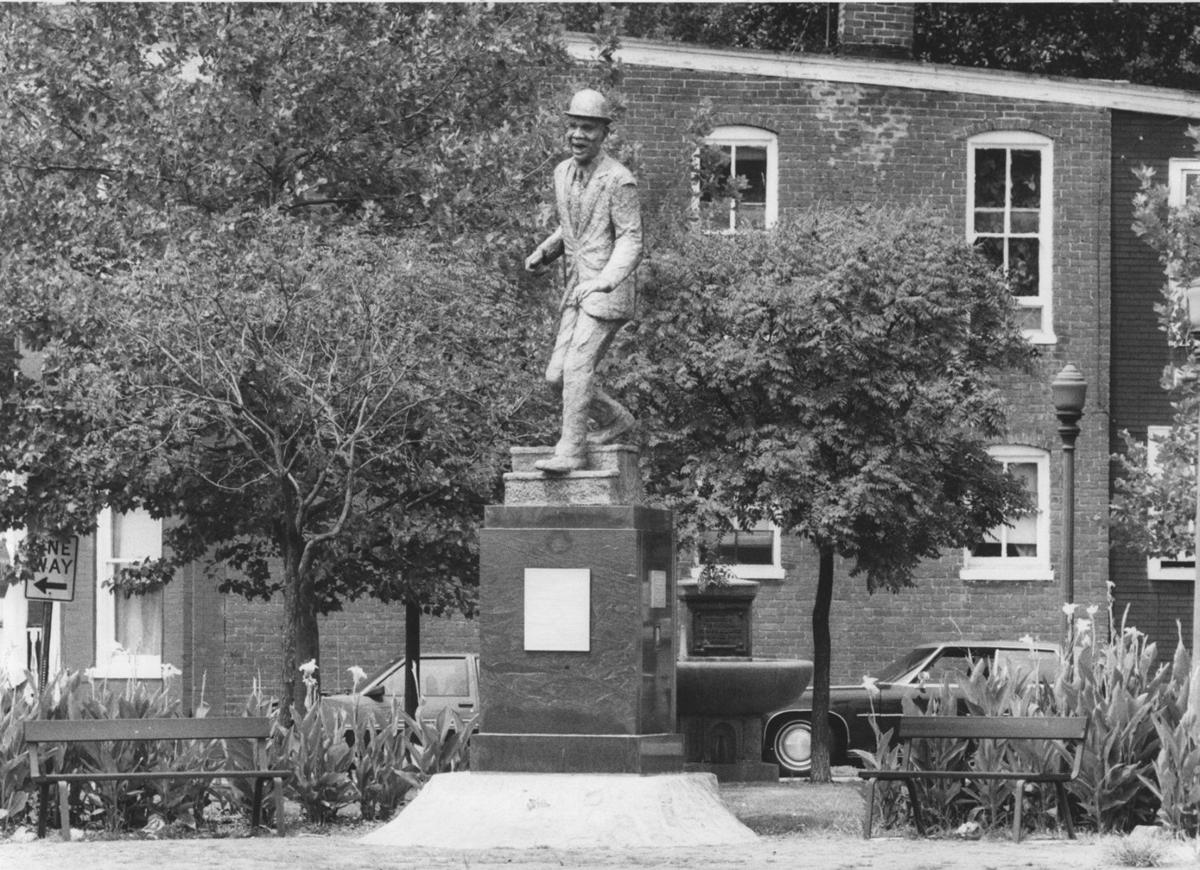 The statue of tap dancer Bill ‘Bojangles’ Robinson is 9½ feet tall atop a 6-foot pedestal. 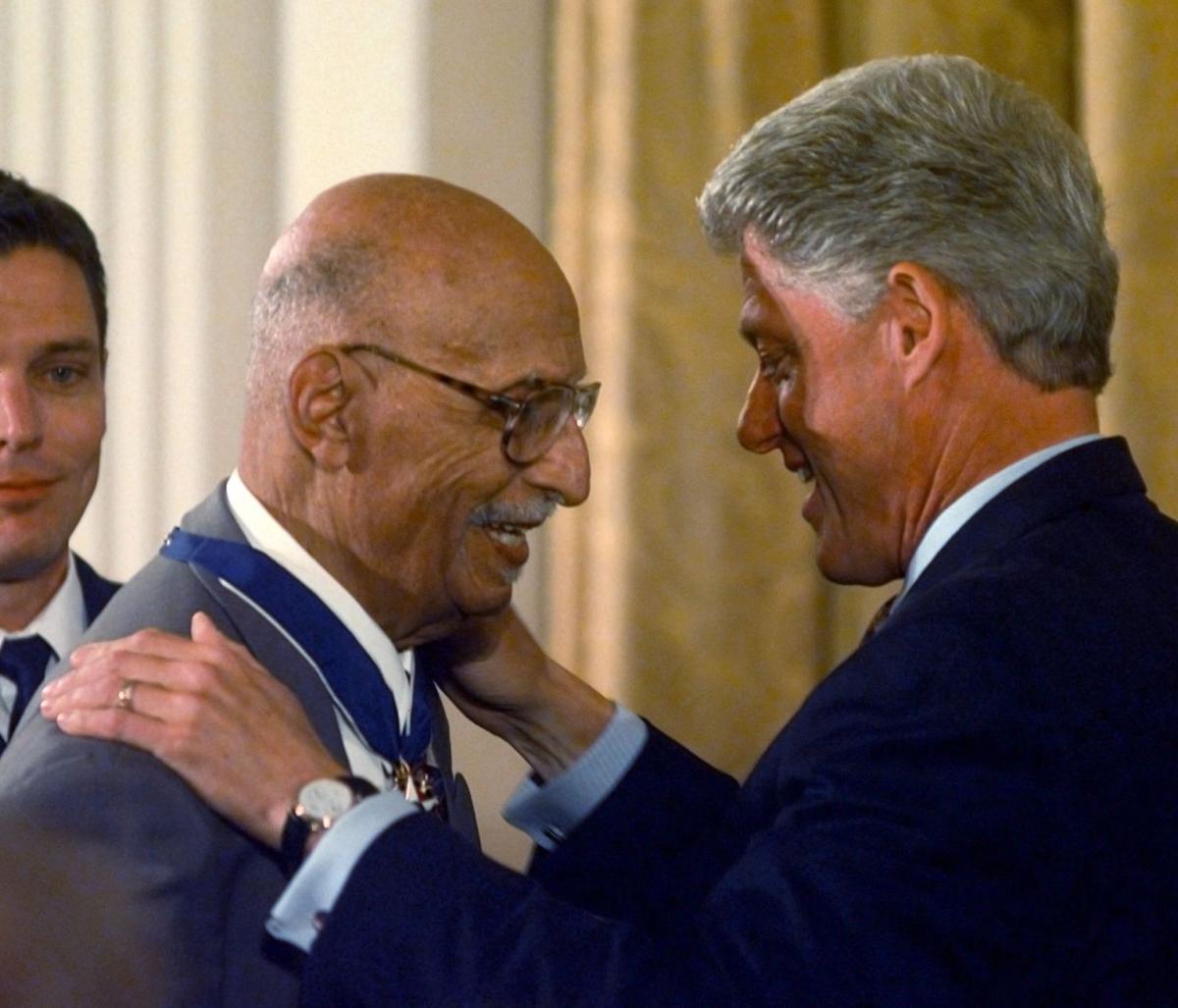 President Bill Clinton congratulated Oliver W. Hill Sr. after presenting him with the Presidential Medal of Freedom at the White House. 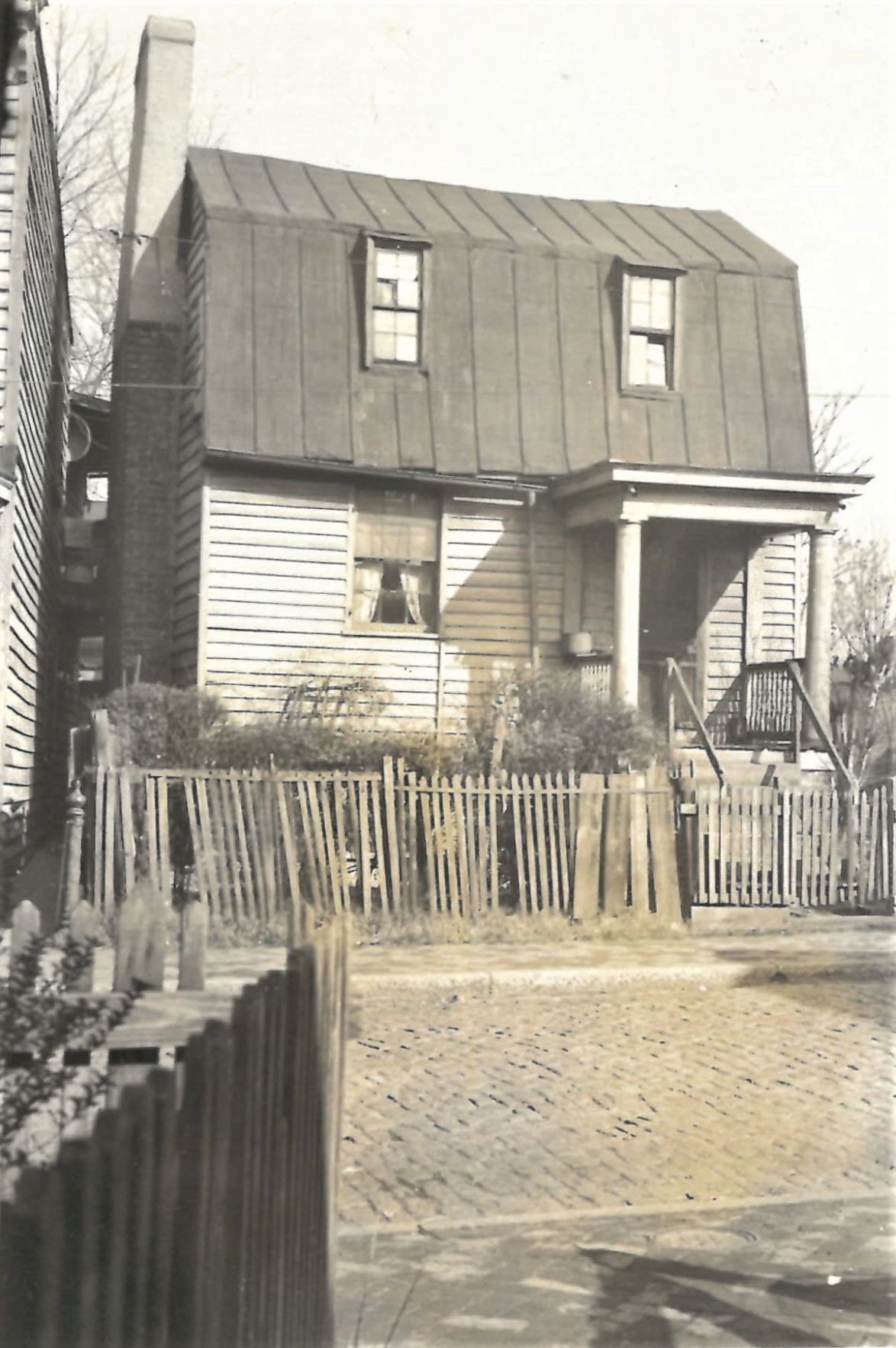 Skipwith-Roper cottage was built by Abraham Skipwith, the first known free Black person to live in what would become Jackson Ward. 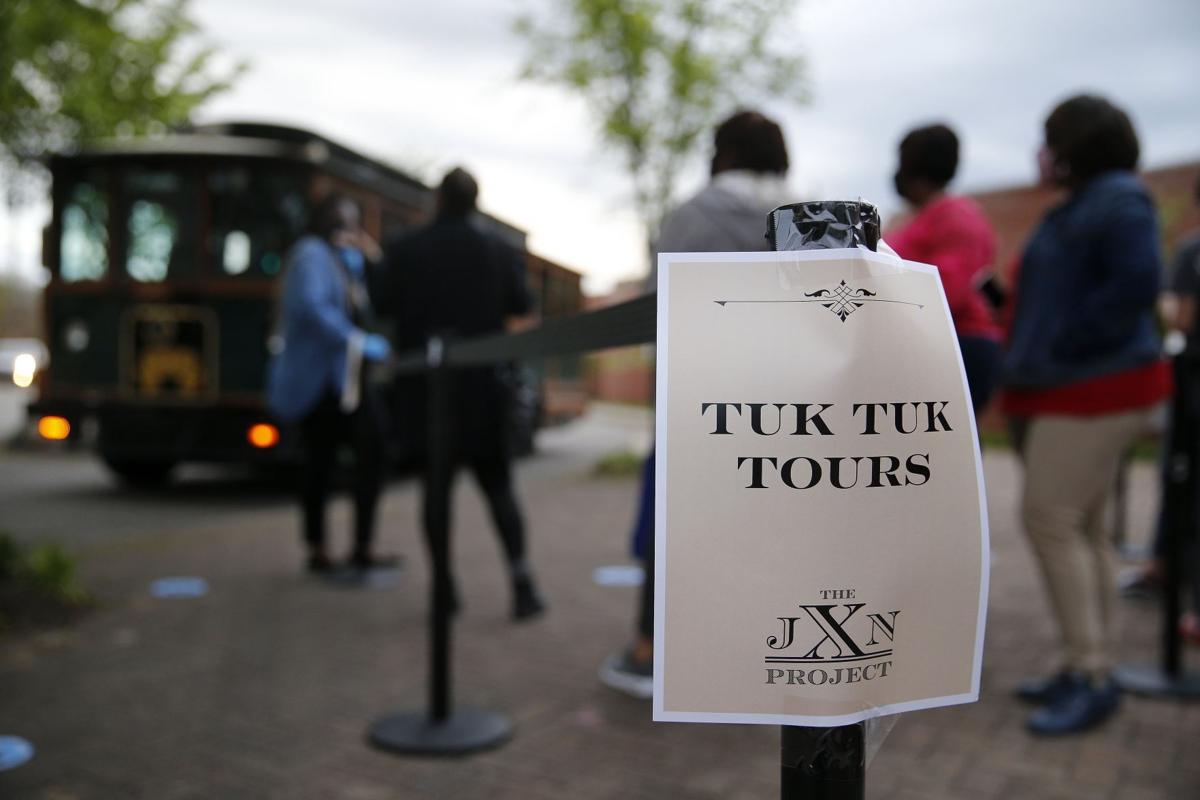 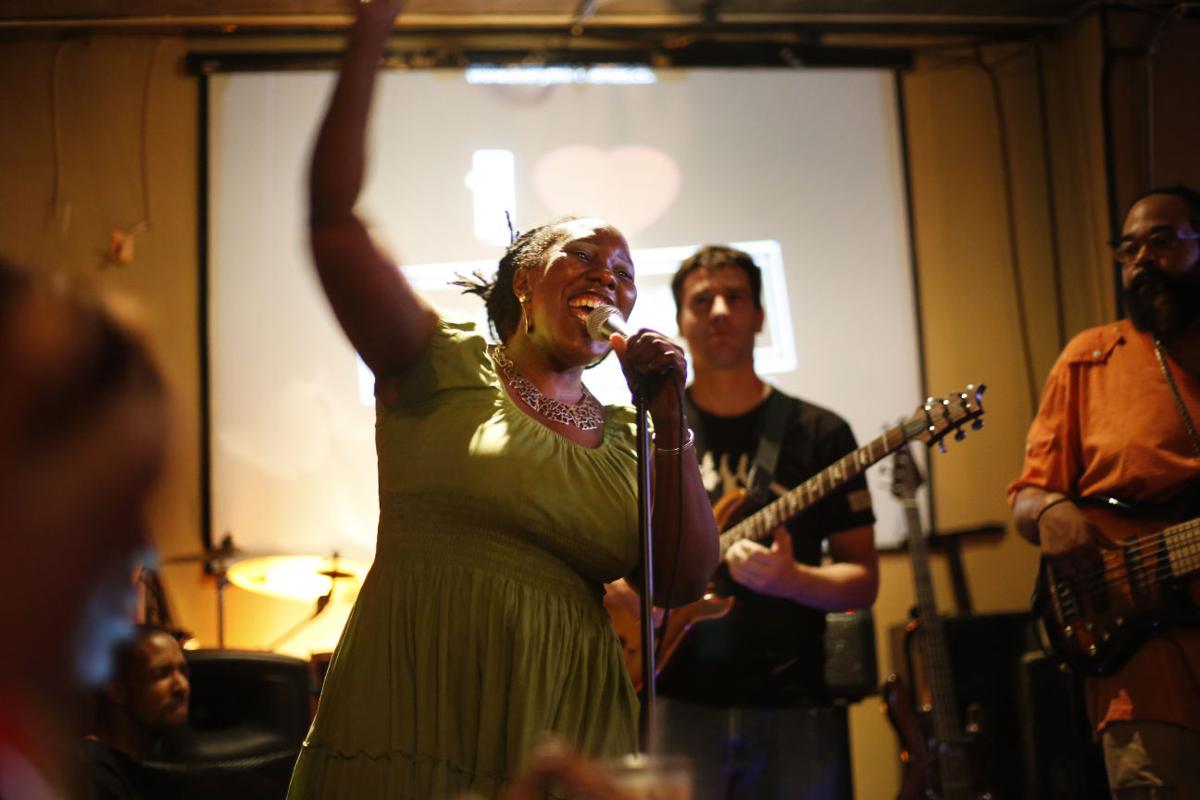 Host Lorna Pinckney fires up the crowd at Addis Ethiopian Restaurant on June 16, 2015.

A newspaper editor, a community organizer, a banker, an actor and an enslaved person who became a lawyer are among those who may be recognized with honorary street titles in Jackson Ward later this year.

The commemoration of these African American leaders and luminaries — John Mitchell Jr., Lillie A. Estes, Maggie L. Walker, Charles Gilpin, Giles B. Jackson and others — is intended to honor those who helped shape Jackson Ward’s legacy through its 150-year history.

The initiative is part of The JXN Project, started by sisters Enjoli Moon and Sesha Joi Pritchett-Moon to celebrate the anniversary, contextualize the legacy of the ward and stake a new claim to its namesake.

A Richmond City Council subcommittee on Thursday endorsed plans to establish 14 new honorary street names in the Jackson Ward area. The City Council will vote Monday on whether to approve the ordinances.

In preparing for the launch of The JXN Project in April, Enjoli Moon said they found that many of the streets in the neighborhood are named for Confederate leaders and sympathizers. She said those names made sense in the context of the ward’s foundation in 1871, when white city leaders sought to dilute the African American community’s voting power by placing them in a gerrymandered district.

That, however, led Black people in Jackson Ward to create a community that became known as the “Harlem of the South,” she said.

“How can we use this information to inform and hopefully make change in our city? We see this as one small step in doing that,” Moon said of the street names. “To have these honorary street designations juxtapose the current green street signs ... opens an opportunity for dialogue and tell the full story of Jackson Ward — how it came to be, who sustained it and who are the real heroes and icons of the city.”

Katherine Jordan, one of three council members whose districts overlap Jackson Ward, praised the sisters for elevating the neighborhood’s history.

“As part of the Richmond 300 master plan, we are really focused on celebrating more of the history of Richmond, especially in neighborhoods that have not had their own histories told,” Jordan said. “This is meant to help further explore and celebrate the history within Jackson Ward, which is one of Richmond’s most cherished neighborhoods.”

Councilwoman Ellen Robertson, one of the patrons for the ordinances, also praised the sisters, and asked whether they could make a presentation to the council soon so that they can highlight their work.

“We continue to build on our history,” Robertson said. “This is great work.”

The ward’s namesake is sometimes attributed to Confederate Lt. Gen. Thomas “Stonewall” Jackson or U.S. President Andrew Jackson; many in the community attribute it to Giles B. Jackson, a protege of Booker T. Washington who was born into slavery and became the first African American attorney certified to argue before the Virginia Supreme Court.

In addition to advocating for the city to formally recognize Giles B. Jackson as the neighborhood’s namesake, The JXN Project also is seeking an honorary street designation for him. The city ordinances propose recognizing the 200 block of East Clay Street as Giles B. Jackson Walk.

While others included in the list for honorary street designations are more well-known, such as Richmond Planet editor John B. Mitchell and Maggie Walker, the first African American woman to charter a bank in the U.S., Enjoli Moon said they also wanted to include more contemporary leaders.

Estes was a grassroots community organizer who fought for public housing residents, including her neighbors in Gilpin Court, the apartment complex community in a part of Jackson Ward that was cleaved from the rest of the neighborhood in the late 1950s when Interstate 95 was built.

Estes was just 59 when she died of cardiovascular disease in 2019. The city could recognize the first block of East Charity Street as Lillie Estes Lane.

The JXN Project also seeks to honor Lorna Pinckney, a driving force behind Richmond’s jazz and poetry scene before her untimely death in 2017.

Pinckney in 2002 founded the open-mic Tuesday Verses at Tropical Soul restaurant on Second Street, which historically had been a hub of arts and culture anchored by the Hippodrome Theater. If the City Council approves the series of honorary street designation on Monday, the 300 block of North Second Street will be named Lorna Pinckney Place.

“There are people right now who are doing the work,” Enjoli Moon said. “This isn’t just about the historical. This is also about the Black continuum. That’s what we want to elevate.”

Enjoli Moon said the project managers did not seek to replace Confederate street names in order that they can continue to show how former city leaders tried to elevate the memory of the Confederacy in every corner of the city, not only on Monument Avenue, but also in an African American community.

However, she said, the honorary street designations could be elevated to official names one day.

An unveiling ceremony for the new honorary markers is tentatively scheduled for October. A list of other upcoming JXN Project events can be found online at thejxnproject.com.

Rains and the emptying of a dam cause flooding in Thailand

Rains and the emptying of a dam cause flooding in Thailand

Colin Powell, former general and secretary of state, dead at 84

Colin Powell, former general and secretary of state, dead at 84

After being pummeled in August 2020 by roughly 16 feet of floodwater that forced an eight-month closure, the Addison-Evans Water Treatment Pla…

Photo of Giles B. Jackson’s law office in Jackson Ward.

The statue of tap dancer Bill ‘Bojangles’ Robinson is 9½ feet tall atop a 6-foot pedestal.

President Bill Clinton congratulated Oliver W. Hill Sr. after presenting him with the Presidential Medal of Freedom at the White House.

Skipwith-Roper cottage was built by Abraham Skipwith, the first known free Black person to live in what would become Jackson Ward.

Host Lorna Pinckney fires up the crowd at Addis Ethiopian Restaurant on June 16, 2015. 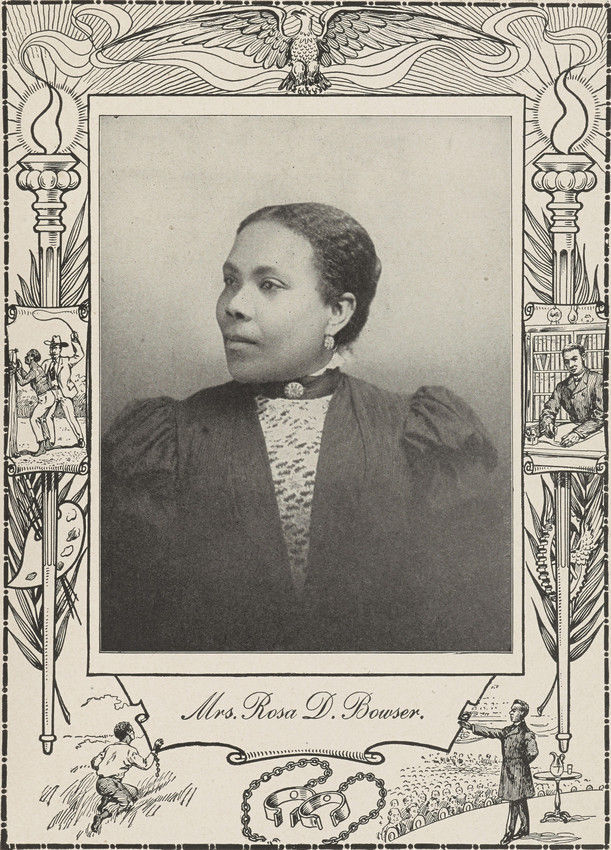 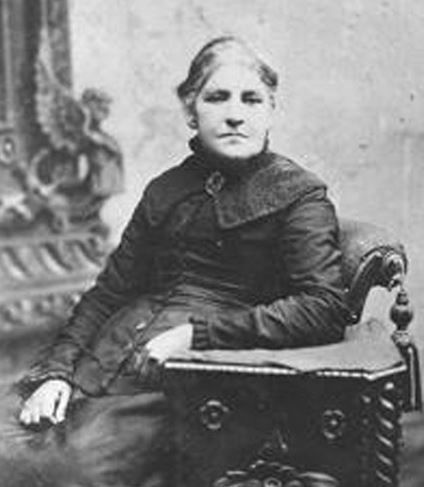 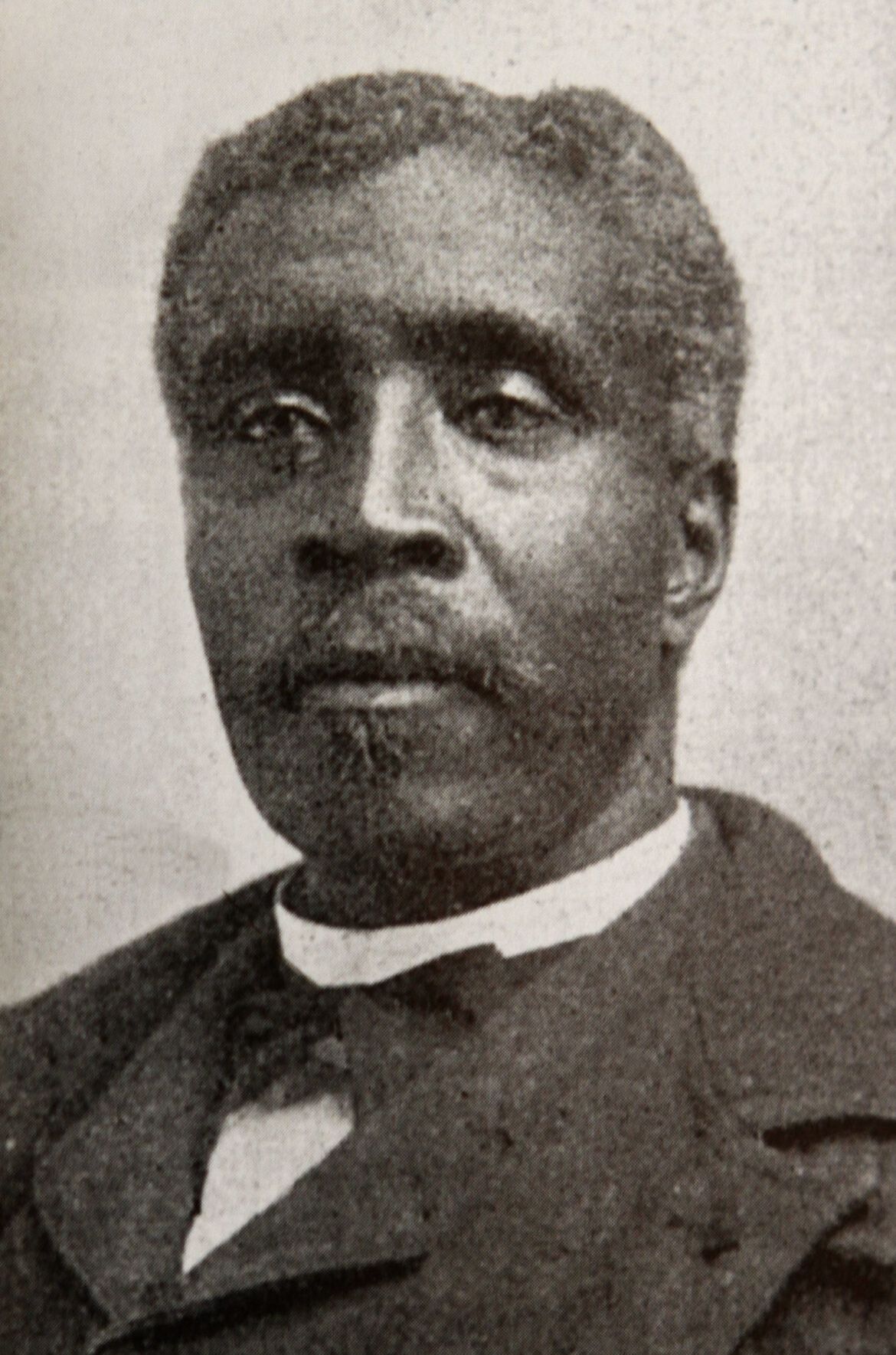 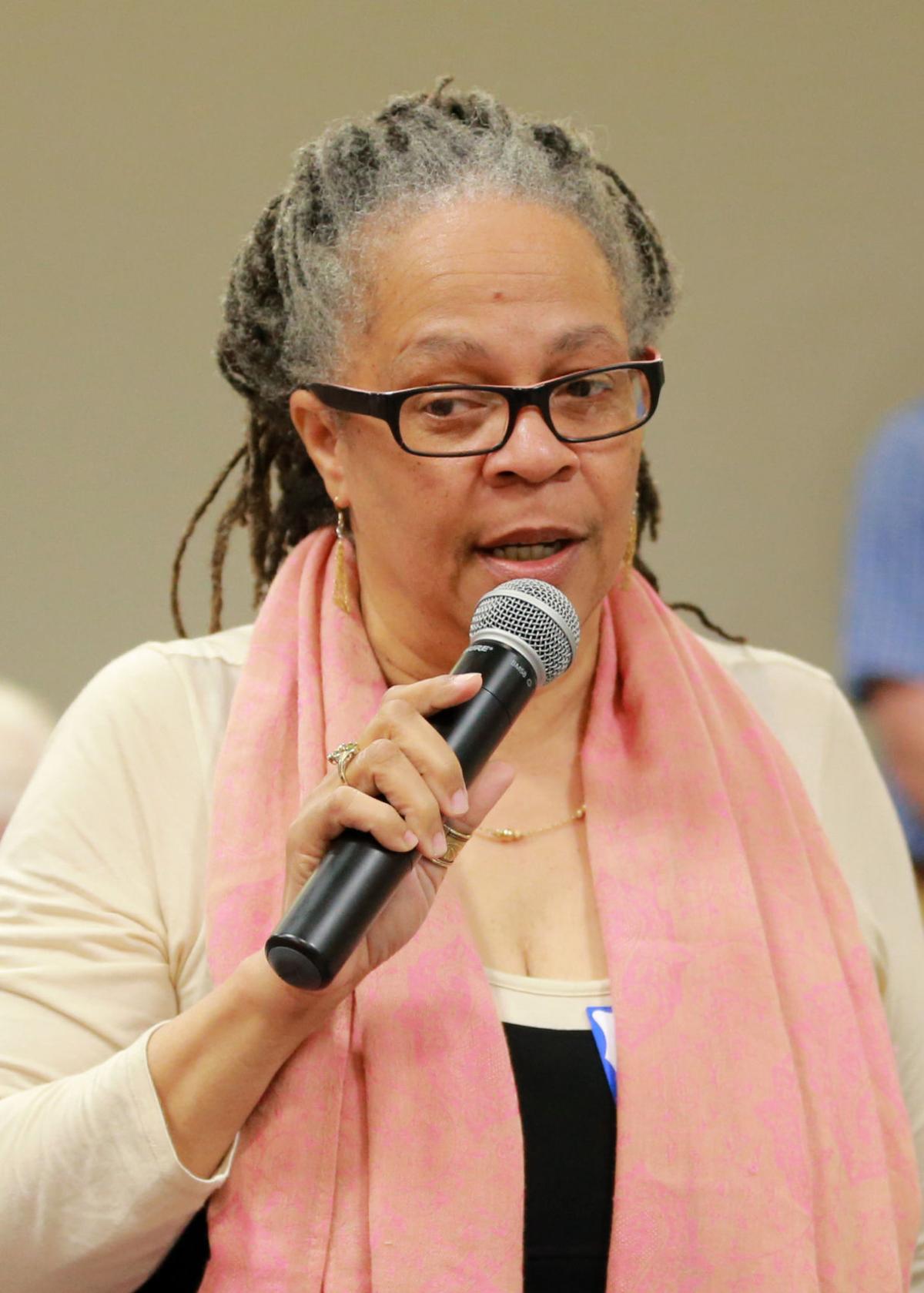 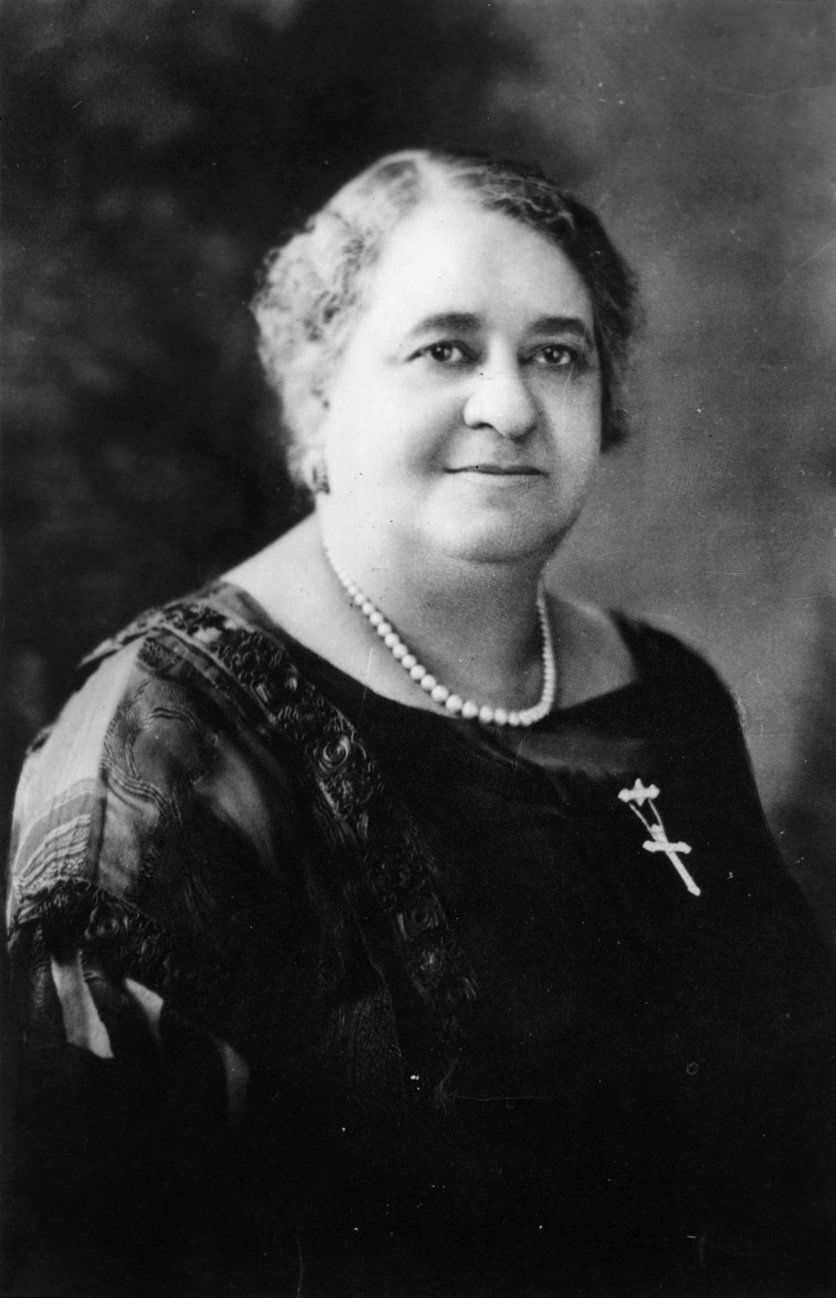 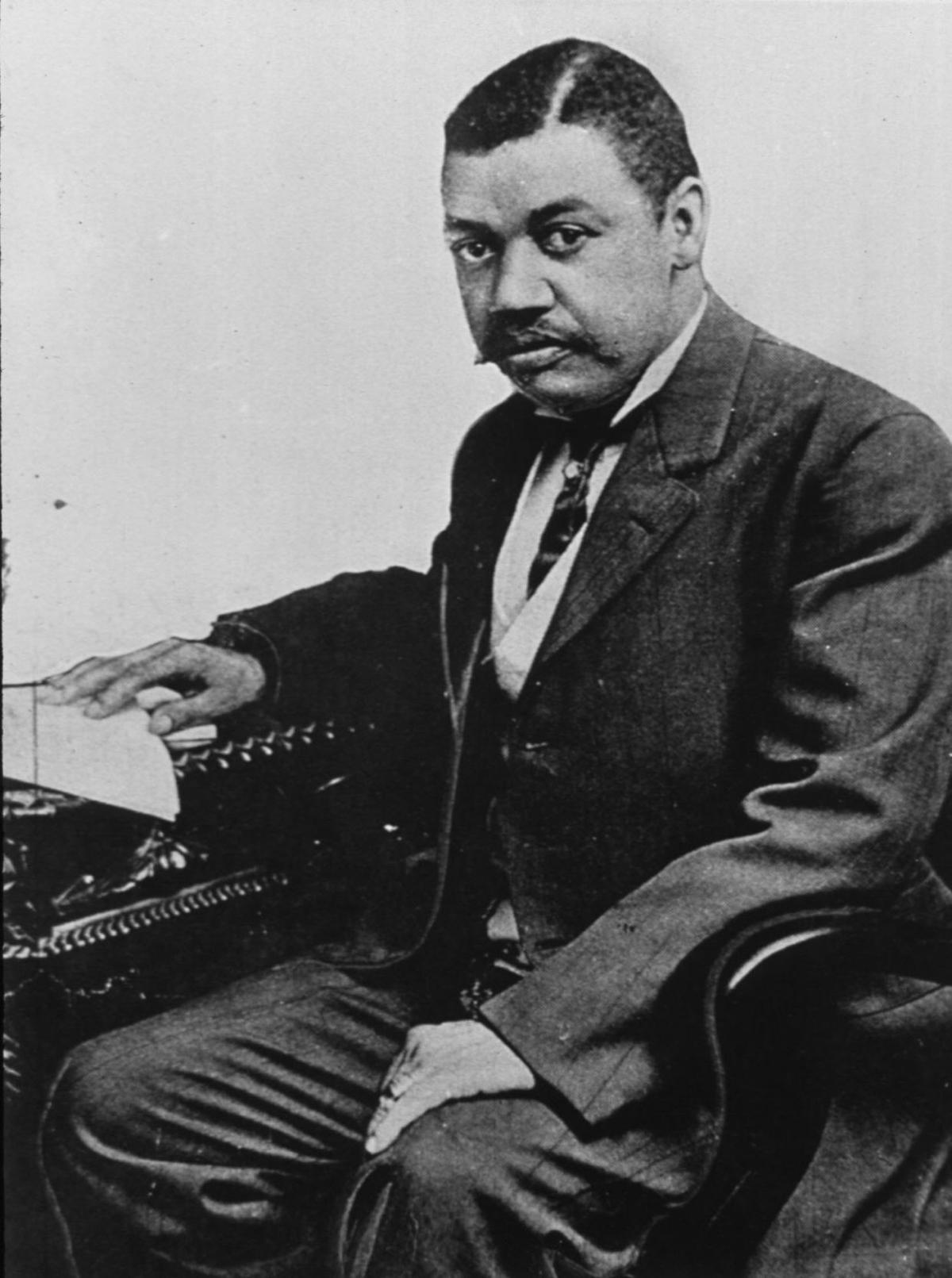 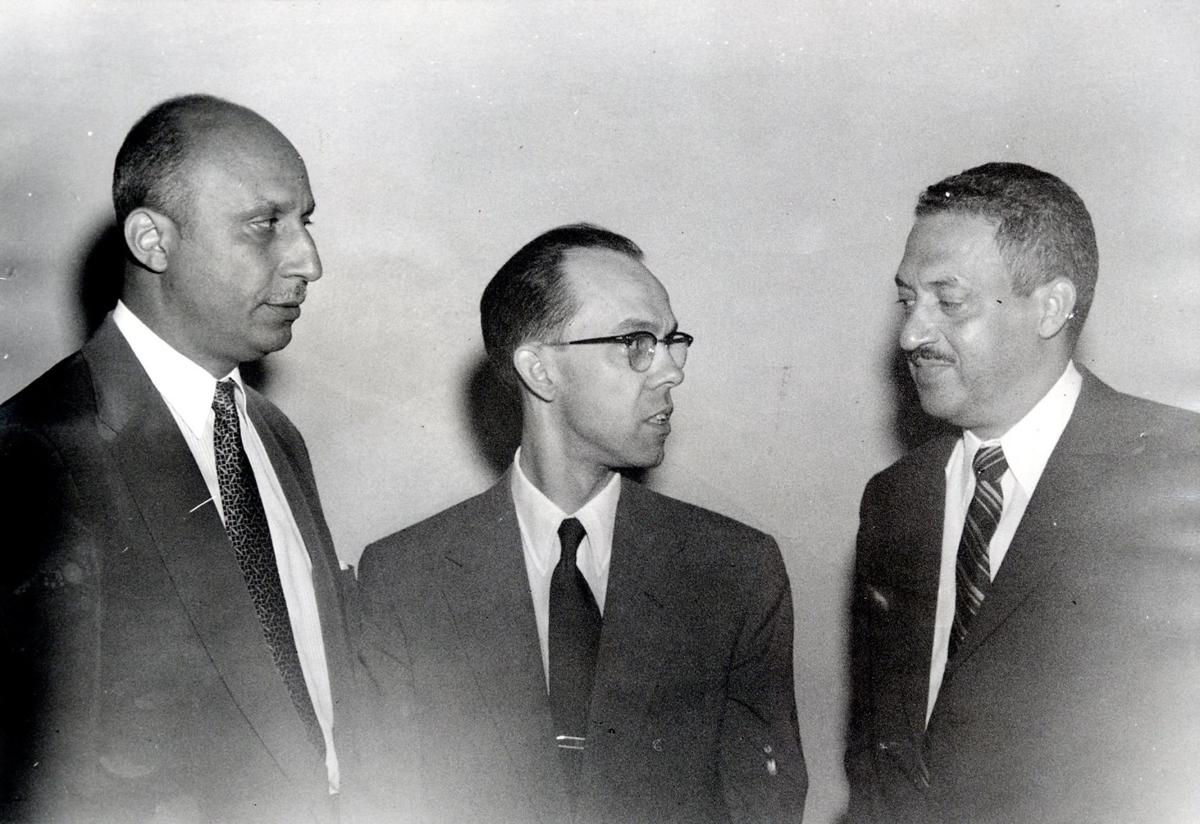