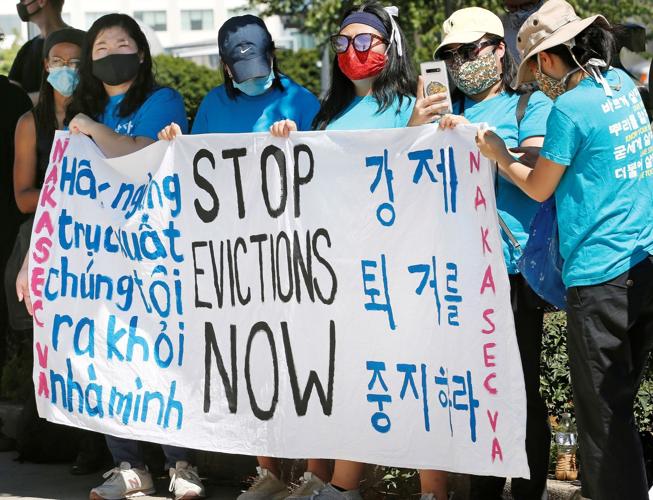 Demonstrators protested in 2020 against evictions outside the Science Museum of Virginia in Richmond. 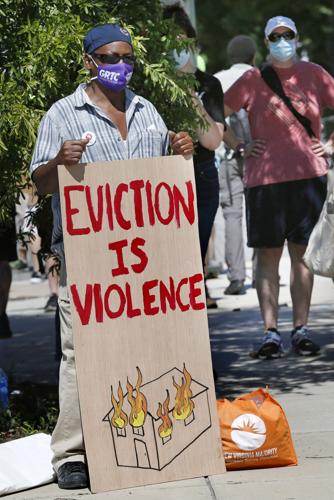 Demonstrators protested against evictions outside the Science Museum of Virginia where the state Senate was meeting in August. 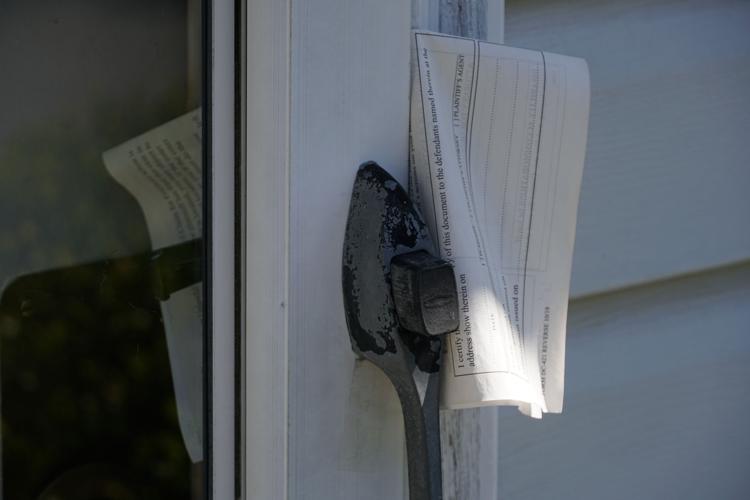 An eviction notice is stuck in the door of a rental property in Roanoke.

Evictions in Virginia have declined significantly since the start of the COVID-19 pandemic two years ago, but the expiration of government aid and protections could cause a sharp rise in the coming months.

In a new report from the RVA Eviction Lab in the VCU L. Douglas Wilder School of Government and Public Affairs, experts say that rent relief and state protections for tenants contributed to the reduction along with a federal eviction moratorium that ended in August.

After eviction judgments crept back up at the start of the year, however, the state’s decision to stop accepting applications for rent relief last month and the June 30 sunset on a state law requiring landlords to apply for aid on behalf of their tenants means that many more people could lose their homes, according to Kathryn Howell, a co-director of the RVA Eviction Lab. 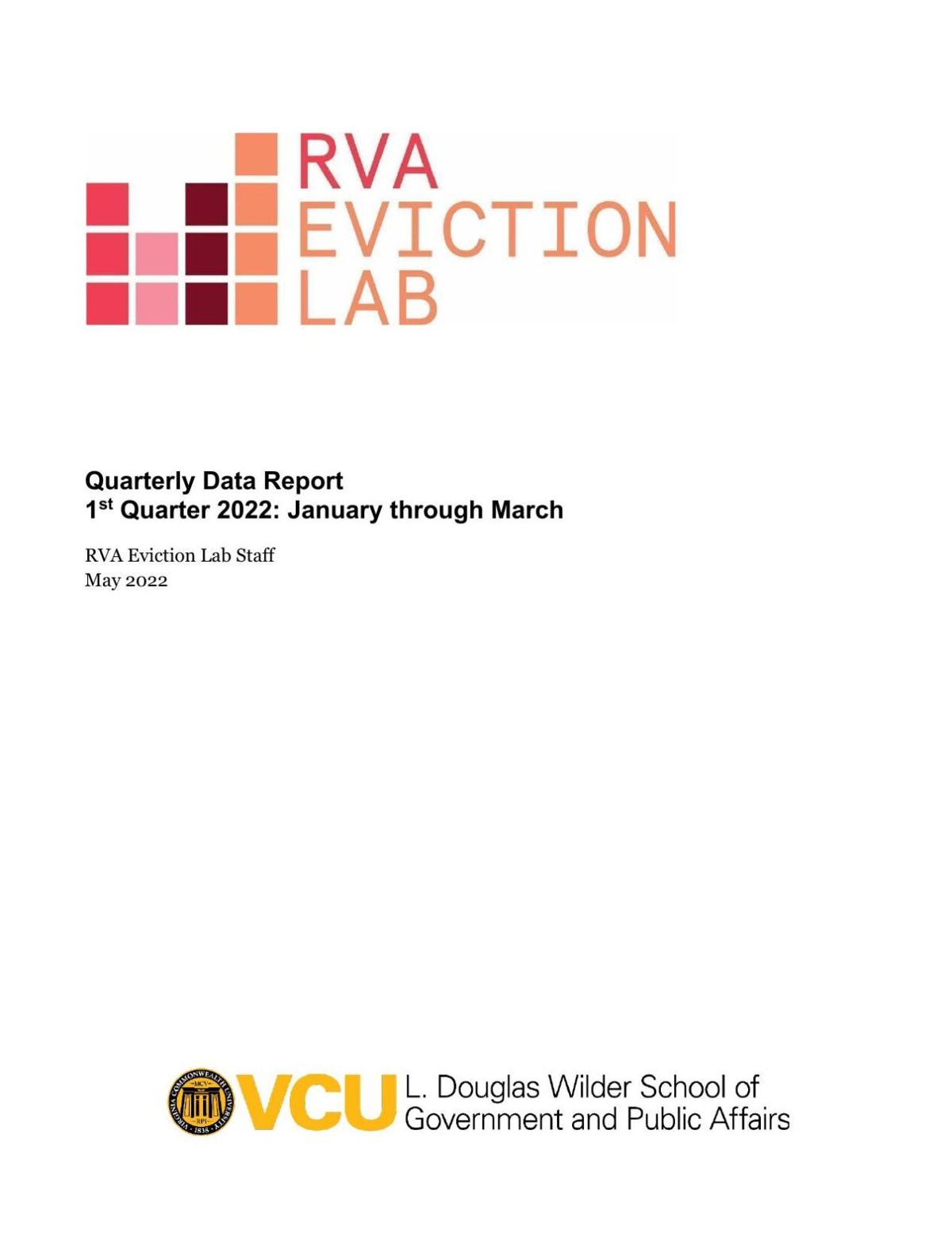 According to a VCU News article about the report, Richmond alone has more than 700 eviction hearings scheduled for the next two months. As of June 11, according to data from the RVA Eviction Lab, eviction filings in Richmond this month are 44% higher than the average for June.

“Rents have increased significantly in the city of Richmond,” Howell said, according to the VCU News report. “We don’t know how bad it’s going to be, but we know affordability will be as bad or worse as what we had at the start of the pandemic. This will have ripple effects to evictions.”

While the state rent relief fund totaled about $1 billion — and is now closed because most of the money had been spent — record-high housing costs and historically low supply “add to the chronic shortage of affordable housing,” said Martin Wegbreit, director of litigation for the Central Virginia Legal Aid Society, a nonprofit law firm that gives legal assistance to people with low incomes.

“As a result, the upcoming tsunami of eviction cases was inevitable and, at the same time, avoidable if different public policy choices had been made,” he said in an email.

Author on book ban vote: 'Much love to everyone in Hanover County'

The Hanover school board voted 4-3 Tuesday to keep Elliott's "A Place Inside of Me: A Poem to Heal the Heart" on school shelves following a challenge to remove the title over its content.

In January 2020, just before the start of the pandemic, the average monthly rent for a two-bedroom unit in the Richmond area was $1,130. Last November, the average cost rose to $1,340, according to data tracked by real estate analytics firm CoStar.

Ben Teresa, a co-director of the Eviction Lab, is quoted in the VCU News article saying that officials and leaders must figure out how to address a lack of affordable housing and renter protections after an “emergency” — which he suggested is still ongoing.

The Eviction Lab report specifically mentions the expiring rent relief and protections. It says that all data from the quarterly report, including 58% of surveyed Virginia renters saying they fear an impending eviction, should be “read within the context” of the emergency aid measures coming to an end.

“While the number of evictions continues to be low relative to the pre-pandemic levels, both evictions filing and eviction judgments have steadily increased since the Spring of 2021,” the report says.

The trial is expected to begin again Thursday morning.

Demonstrators protested in 2020 against evictions outside the Science Museum of Virginia in Richmond.

Demonstrators protested against evictions outside the Science Museum of Virginia where the state Senate was meeting in August.

An eviction notice is stuck in the door of a rental property in Roanoke.