A former investigator with the Office of the State Inspector General who investigated the Virginia Parole Board and was fired after finding misconduct filed a federal lawsuit Friday against her former employer and two top officials of Gov. Ralph Northam’s administration, alleging wrongful termination and defamation.

The investigator, Jennifer Moschetti, said in her lawsuit that the complaint against OSIG, Inspector General Michael Westfall, Secretary of Public Safety Brian Moran and Northam Chief of Staff Clark Mercer “is about protecting whistleblowers.”

Moschetti “could never have imagined that ... she would become the scapegoat for having shined a light on [Virginia Parole] Board misconduct,” says the complaint, filed Friday in U.S. District Court in Richmond. “But that’s exactly what happened. After she submitted her draft report [in one of the cases], it was sanitized, reduced, redacted and then released, but only in redacted form.”

“When the media finally obtained Moschetti’s initial report, which contained far more details about alleged Board misconduct than the sanitized final report, she was investigated, fired and defamed,” the suit says. “She now files this lawsuit for numerous violations of federal and state law in order to vindicate and to restore her good name.”

OSIG and the governor’s office did not immediately respond to requests seeking comment.

Moschetti, who was terminated in March, was the lead investigator on at least nine reports in 2020 that found violations of law and policy, including the parole board freeing felons convicted of murder without first reaching out to victims’ families as required by law.

In her lawsuit, Moschetti said Westfall supervised and collaborated with Moschetti during the parole board investigation, and he certified as “substantiated” her findings of violations of policy and law by members of the parole board related to the panel’s decision to grant parole to eight inmates serving time for convictions of murder, who were identified by initials in the complaint.

Moschetti said in her suit that she never leaked information to the news media, but as a safeguard provided copies of some of her parole board reports to a former law enforcement officer.

“In case I get ‘Epsteined,’ here’s the truth,” Moschetti said she told the former officer, referring to disgraced financier Jeffrey Epstein, who died in custody after his arrest on sex trafficking and conspiracy charges.

In addition, Moschetti said in her lawsuit that she shared some information from her parole board reports with the FBI, “again out of concern that wrongdoing by the Board was likely to be covered up.”

Then later, on March 3, Moschetti said in her suit that she released a partial copy of her file to the leadership of the General Assembly, which is defined as an “Appropriate Authority under the Virginia Whistleblower Act and identified herself anonymously through her counsel as a Whistle Blower.”

Moschetti said she released information to the General Assembly because “she feared she was going to be used as a scapegoat for the controversy surrounding the Board’s conduct.”

Further, “she was especially concerned that she would be retaliated against because of the previous hostile in-person meeting with senior leadership of the Northam administration and Westfall’s comments that he believed he was also going to be fired as a result of the investigation of the Board,” the suit says.

The meeting Moschetti referenced, on Aug. 14, 2020, was called by the governor’s office to discuss OSIG’s handling of the Vincent Martin case and the leak of Moschetti’s full, 14-page report that concluded the parole board violated state law and policies in releasing Martin, who was sentenced in 1980 to life in prison for killing a Richmond police officer.

During that tense meeting, senior staff members of the governor — including Moran and Mercer — questioned the power of Virginia’s watchdog agency to investigate the Virginia Parole Board and reprimanded Westfall for how many investigations his office was conducting. A recording of the meeting obtained by the Richmond Times-Dispatch conflicts with the governor’s previous account that his team did not intimidate Westfall and his staff.

On March 5, 2021, two days after providing information to General Assembly members, OSIG employees visited Moschetti at her home and delivered a letter that placed her on “pre-disciplinary leave” pending an investigation of her. That same day, Moschetti, through her lawyer, sent Westfall a letter that unmasked herself as the whistleblower and demanded a retraction of pre-discliplinary leave, according to her suit.

Then on March 8, 2021, Moschetti filed a petition in Richmond Circuit Court asking the court to declare her a “whistleblower” under Virginia law.

“Notwithstanding her disclosures to the FBI, to a former law enforcement official, and to the General Assembly, and notwithstanding the filing of her petition, Moschetti was fired by OSIG on March 22, 2021,” her complaint says.

After those actions, Moschetti said in her suit that she became a public target for disparaging remarks, both by the governor’s office and OSIG.

Moschetti cited a March 9, 2021, news conference, the day after she filed her whistleblower petition, where Mercer “openly disparaged her” about the Aug. 14, 2020, meeting.

(The sections in bold and italics are as they appear in the lawsuit.)

The suit says Mercer also disparaged Moschetti’s legal petition, saying her whistleblower claims were “a political ploy to hurt the Northam administration and other state leaders.”

Moschetti also noted that OSIG, when news outlets sought comment about her termination, said through its spokesperson, Kate Hourin, that, “The Office of the State Inspector General models integrity, trust and ethical behavior and demonstrates the highest standards of honesty, respect and accountability.” Hourin is also named as a defendant in the suit.

“None of the above statements or their negative implications are true,” Moschetti says in her complaint. “Unlike Mercer’s and Moran’s false accusations, Moschetti did not conduct her investigation or draft any of her reports with bias or lack of objectivity. Indeed, everything she wrote — even the leaked reports — was vetted by Westfall and others, and her entire plan of investigation — every step — was vetted and approved by OSIG.”

Moschetti also noted in her complaint that she received a “major contributor” performance rating in her annual evaluation and was described as a “person of integrity” and a “detailed-oriented investigator.” Moschetti’s evaluation also stated she was “consistently fair and balanced” when interacting with external ‘customers,’” according to the suit.

In regard to the parole board investigation, OSIG praised Moschetti for her work, stating her reports were “comprehensive and exhaustive,” and her work was “meticulous” and her “final reports [were] of the highest quality,” the complaint says.

Moschetti is seeking $250,000 for loss of wages and benefits to which she says she would have been entitled had she not been fired. She is seeking an additional $750,000 for future loss of pay.

In addition, Moschetti is seeking $10 million in compensatory damages for “humiliation, mental and emotional distress” she said she endured as a result of the “wrongful actions” taken toward her; she also seeks punitive damages against the individual defendants in an amount not to exceed $350,000.

A Republican state delegate, Les Adams of Pittsylvania County, filed a bill that would prohibit the governor or his aides from interfering with or exerting undue influence on any OSIG investigation.

The judge's filing at the Supreme Court was against the members of the state's Judicial Inquiry and Review Commission and its general counsel. She challenged their constitutional authority to suspend her, according to the records the court unsealed on Thursday.

Watch Now: Disney caught in the middle of political firestorm over Florida law

Watch Now: Disney caught in the middle of political firestorm over Florida law 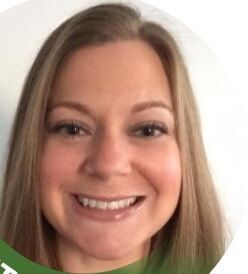 Jennifer Moschetti, who was fired in March, said the complaint “is about protecting whistleblowers.” 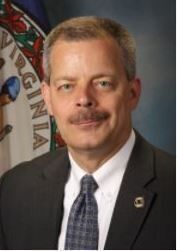 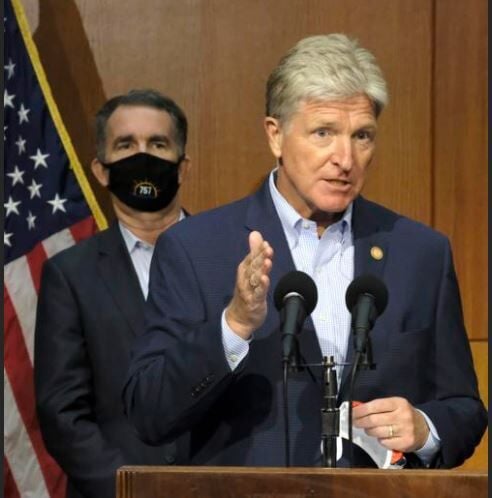 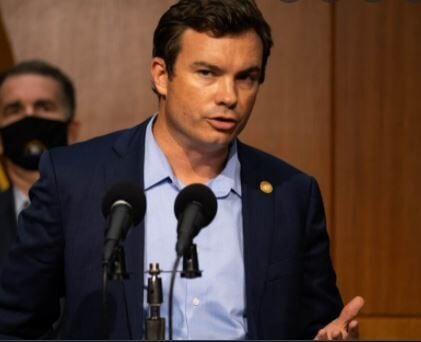