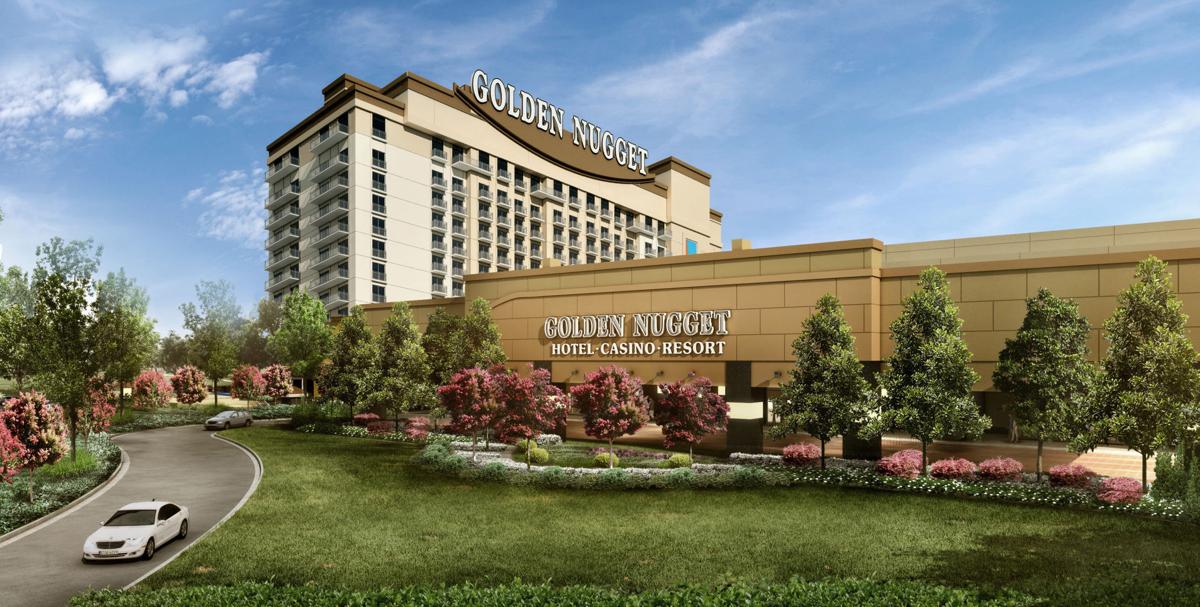 An illustration shows the proposed Golden Nugget Richmond Hotel & Casino, which the company said would be 6 miles from downtown. 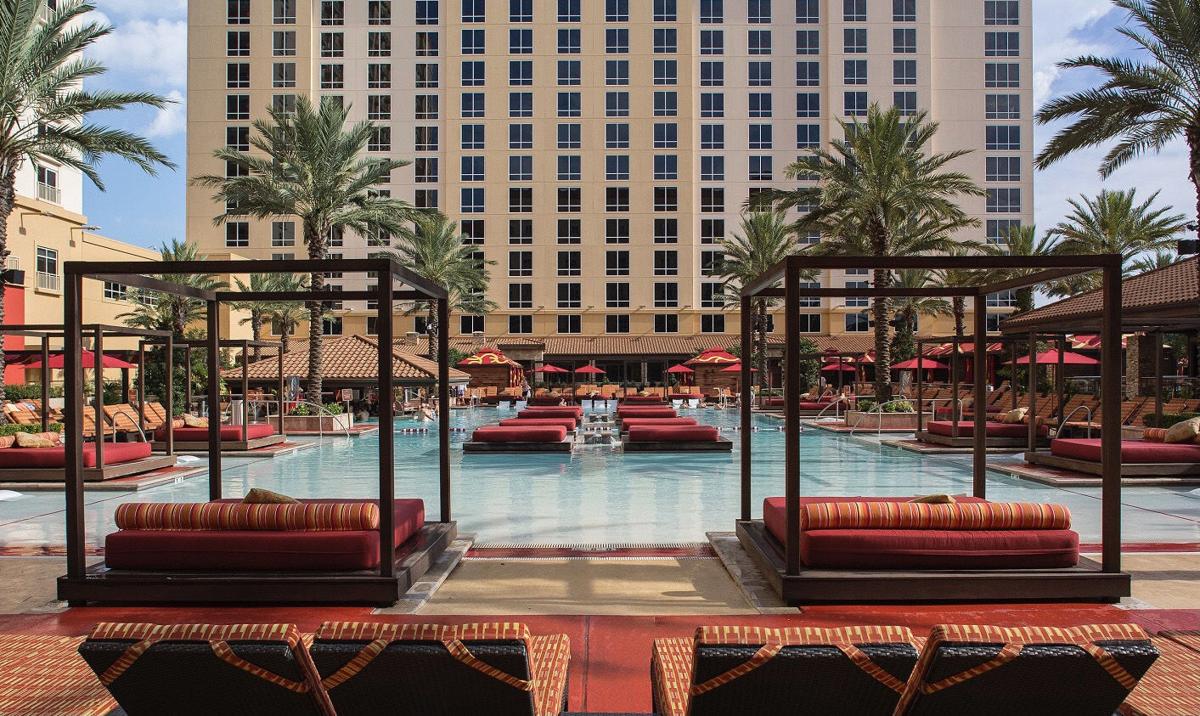 A Houston-based casino developer and an Alabama Indian tribe are the latest developers to jump into the widening sweepstakes to develop a casino resort in Richmond.

Golden Nugget, owned by billionaire Tilman Fertitta as part of the Landry’s Inc. hospitality company in Houston, confirmed Wednesday that it has submitted an application to build a $400 million casino resort in Richmond, but it won’t say exactly where the project would be.

The company said the site is 6 miles from downtown Richmond and 20 miles from Richmond International Airport. A news release said the company is “in active negotiation with multiple land owners” and also is prepared to evaluate property owned by the Richmond Redevelopment and Housing Authority.

Lorenzo Creighton, who would serve as a top executive at the Golden Nugget Richmond Hotel & Casino, said the city “did not require a definitive site” for submitting an initial application.

“We are highly confident and have a fantastic preferred location identified and are in negotiations with a couple of different groups that we prefer not to disclose specifics at this time,” Creighton said on Wednesday.

Separately, Wind Creek Hospitality, a gaming company owned by the Poarch Band of Creek Indians, has proposed a $541 million casino resort in South Richmond on Ingram Avenue next to the Oak Grove and Blackwell neighborhoods. The project would be built partly where the Pamunkey Indian Tribe had proposed last year to build a casino resort. The Pamunkey tribe moved its proposed site in the face of neighborhood opposition.

Wind Creek and Golden Nugget are among six casino developers that reportedly have submitted proposals to the city in a high-dollar competition to be chosen as the preferred candidate for a casino resort in Richmond, one of five cities where Virginia is allowing legal casino gambling.

Under state law Richmond can have one casino. A panel will vet the proposals and the City Council will select the city’s preferred operator. Then the chosen project will be subject to referendum by Richmond voters in November.

Wind Creek Hospitality said its two-phased project would include two hotel towers and a 100,000-square-foot casino with 2,500 slot machines and 120 table games. The company owns nine gaming operations in the U.S. and Caribbean, including a casino resort in Bethlehem, Pa.

The Pamunkey, the only tribe with federal gaming rights in Virginia, has proposed its casino on a new site on Commerce Road about 4 miles south of the Ingram Avenue property, which included one parcel the tribe had bought and two others it had held under purchase options that it later released.

Wind Creek said its project would be built on two parcels in the 1200 block of Ingram, including one that the Pamunkey had an option to buy. Pamunkey spokesman Jay Smith said Wednesday that the Virginia tribe “is not involved with the Wind Creek project.”

Golden Nugget owns five casinos — two in Nevada, one in Atlantic City, one in Biloxi, Miss., and one in Lake Charles, La. Landry’s also owns Morton’s The Steakhouse, which would be one of six restaurants that would operate in the 950,000-square-foot resort.

“We know the right size of a casino for every city, and we have the resources to create a quality entertainment experience like no other,” Fertitta said in an announcement of the project.

Four developers unveiled their proposed projects on Monday, which was the city’s deadline for applications under its request for proposals.

The other casino projects already announced are:

The Golden Nugget proposal would feature a hotel with 177 rooms and 37 suites; more than 93,000 square feet of gaming space, including 1,900 slot machines, 92 table games and eight poker tables; a 1,500-seat entertainment venue; and a 16,000-square-foot events center.

Like the other proposed casino resorts, Golden Nugget is touting ties to the African American community, with minority investment opportunities in the project and restaurants within it. The company also promised to donate $70 million to Richmond Public Schools and other community initiatives, including the city’s affordable housing trust fund, Virginia Union University and the Metropolitan Business League.

Williams is president of Virginia Sports & Technology Group, a minority-owned business that said it already is partnering with Golden Nugget in an application for a sports betting license from the lottery. Cotto is principal of Bet on Gaming Holdings LLC.

“It’s not just about how much money someone will throw at this opportunity,” Cotto said in the Golden Nugget announcement. “Our approach will make a meaningful and sustainable investment and impact on the Richmond community.”

Separately, Colonial Downs Group, owned by Peninsula Pacific, said Wednesday that it will seek voter approval in Emporia in November for permission to open a Rosie’s Gaming Emporium in the small Southside city.

Colonial Downs has to collect enough voter signatures to put the referendum on the ballot in Emporia, but city officials strongly support the project.

“City staff has been in discussion with Rosie’s for the past 12 months,” City Manager William Johnson said Wednesday. “This is an excellent development not only for the City of Emporia but the entire Southside Virginia.”

Johnson said the benefits are “tax revenue, jobs, and entertainment for our citizens and visitors.”

The proposed Emporia parlor, located along Interstate 95, is aimed at the North Carolina market. It would open with 150 gaming terminals, the same size as the Rosie’s emporiums in Dumfries and Vinton, and employ about 100 people.

Colonial Downs proposes to open a much larger gaming emporium in Dumfries, with up to 1,650 machines allowed as compensation for competition from casinos approved by voters in as many as five cities. The company also plans to double the size of its Vinton emporium and increase the number of machines there from 150 to 500.

If Urban One and Peninsula Pacific were to win their bid for a casino in Richmond, it is unclear what would happen to the Rosie’s parlor operating on Midlothian Turnpike in South Side or how the casino contract would affect the number of historical horse racing terminals Colonial Downs would be allowed to operate statewide.

An illustration shows the proposed Golden Nugget Richmond Hotel & Casino, which the company said would be 6 miles from downtown.