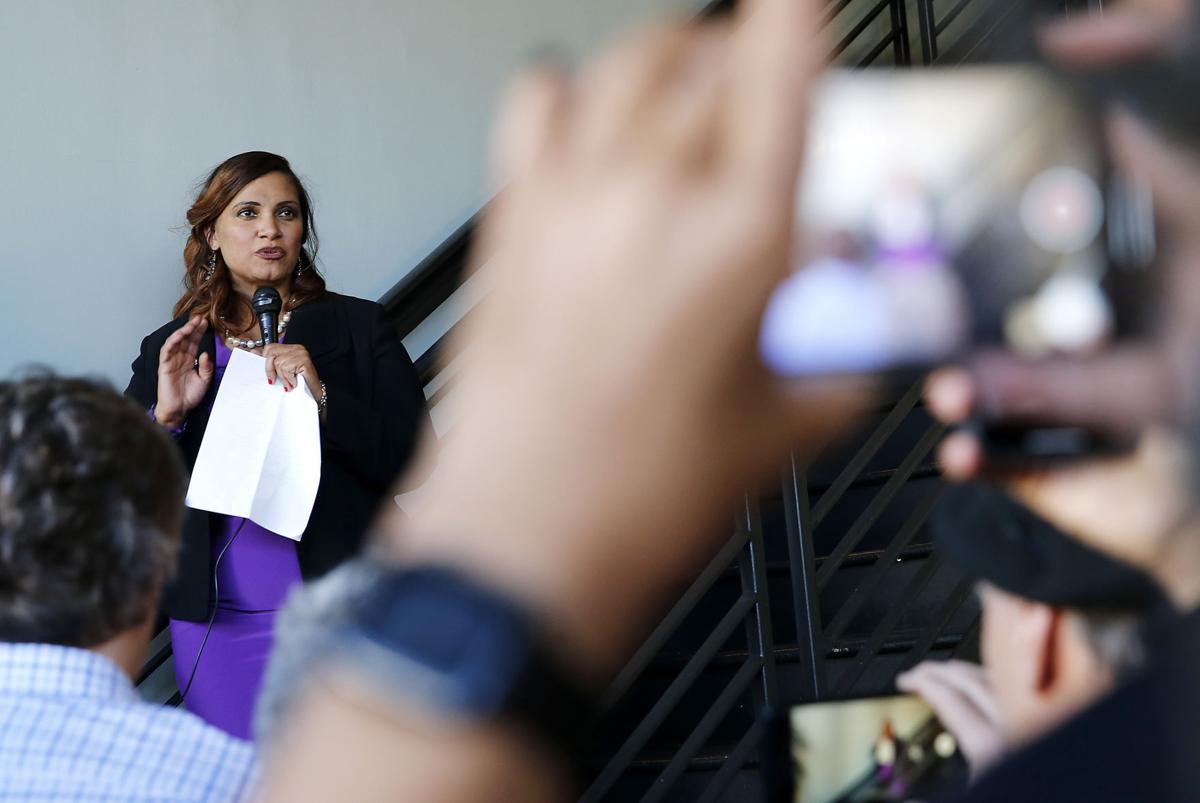 Kim Gray announced her mayoral run in March. She was a School Board member from 2009 through 2016, when she won a City Council seat. 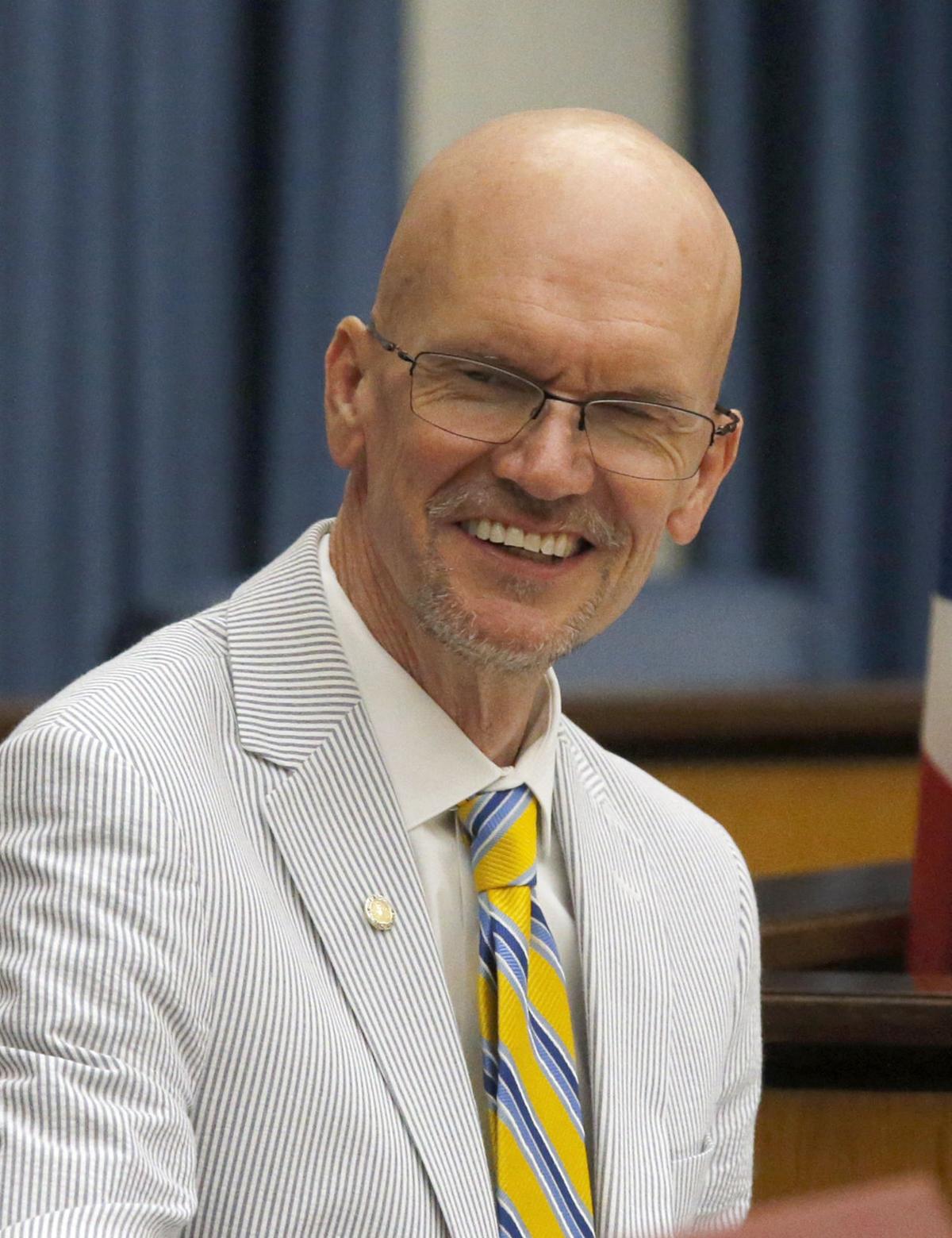 At the outset of his 16th year in office, Chris Hilbert knew it would be his last on the City Council. Here he is in August 2019.

With just a few weeks left in their terms, City Council members Kim Gray and Chris Hilbert spoke with the Richmond Times-Dispatch earlier this month about their time in office and what they expect to do next.

The two outgoing members share 20 years of experience between them representing the city’s neighboring 2nd and 3rd council districts; Gray’s stretches from Scott’s Addition to Jackson Ward and from The Fan to North Side to Laburnum Avenue; and Hilbert has represented the neighborhoods in the Chamberlayne Avenue corridor, from Interstate 95 in the south to Azalea Avenue in the north and from Highland Park in the east to Bryan Park in the west.

While Hilbert chose to step down, Gray lost a bid to replace Mayor Levar Stoney. She says her work won’t end when she leaves office.

At the outset of his 16th year in office, Chris Hilbert knew it would be his last on the council.

“There’s plenty of work to do, but I just think it was time for me to do something else,” he said. “It’s been a labor of love.”

Hilbert became a member of the Richmond City Council right as the city government was transforming to a “strong mayor” structure, led by an elected mayor rather than a professional manager appointed by the council. A financial professional by trade, Hilbert was elected in 2004, just a year after 80% of voters approved the reconfiguration.

The change, Hilbert said, elevated the council’s role as an oversight body, acting as a check on the mayor’s office, particularly in the first years with Mayor Doug Wilder, who unsuccessfully attempted to evict the School Board from City Hall and terminate council-appointed staff.

But there was far more to his time on the council than adversarial politics with different mayoral administrations — though there’s been plenty of that, too.

He said one of the highlights of his career early on was working with the community in Battery Park after Tropical Storm Ernesto ravaged the area. Three years after water and sewage ran through the valley-like park and flooded homes, leading to pest infestations and chain-link fences blocking the park, the neighborhood celebrated when it reopened in 2009.

Hilbert said he thinks the city has also come a long way since his election.

After the city became notorious for having one of the country’s highest murder rates in the 1990s, Hilbert felt it was important for the city to focus on crime and poverty.

Hilbert was a teenager when his father was killed in a homicide. He said that experience, and the stories he’s heard from other crime victims, motivated him to run for office.

“I appreciate more than most that there’s name and family behind” any kind of violent crime, he said.

At the time of his election almost two decades ago, there were about 100 murders per year in the city. At its lowest point in recent years, the number fell to about 30 per year.

The city’s population has also been rising for the past 20 years after three decades of decline, signaling new investment and growth. Still, about a quarter of all households in the city live in poverty. And there has been a spike in homicides this year.

“Especially in light of all these issues we’ve had this year ... the fragility of our past has been brought out so much by what’s happened,” he said.

Hilbert said he’s always known that race is often a determinant for family wealth. Representing a majority-minority district, he said that’s why the city should take chances on economic projects that can create jobs and wealth.

It has not always panned out as envisioned.

He was a key vote in approving the controversial deal that brought a Washington Football Team training camp to the city in 2013.

While the deal was expected to lead to development activity and increased tax revenue from visitors during the team’s annual summer camp, attendance was not as good as expected after the first year and the city remained on the hook for $500,000 in annual payments. The team decided to waive the annual payments earlier this year.

Hilbert said recently that he feels some of his decisions were wrong in hindsight, but takes pride that he voted against projects he felt would not have been in the city’s best interest.

Earlier this year, just two weeks after he announced that he would not run for re-election, Hilbert voted against the $1.5 billion Navy Hill plan.

“Sometimes you look at the cards you’re dealt and say, ‘I need to fold.’ I think we’ve made a good decision in a couple of those cases,” he said. “I think I want to be remembered as someone who was an honest broker of the facts. Someone that looked at issues before us ... and gave it a look with clean eyes.”

Hilbert said he intends to step back from local politics matters to focus on his day job and home life, but hopes to remain engaged.

Kim Gray grew up in the world of Richmond’s local politics, but charted her own path over the past 12 years.

After serving two four-year terms on the School Board starting in 2009, Gray was elected to the City Council in 2016. There, she became one of the council’s biggest personalities, frequently opposing or speaking out against Mayor Levar Stoney, who defeated her in his re-election bid this year.

Gray has come to represent the mindset of local politicians who see their role as intrinsically adversarial to the mayor’s administration.

“The system was designed to have conflict. People tend to think that’s a bad thing, but I think it’s a good thing when it’s part of the process,” she said. “Having a body that’s there to scrutinize and not rubber-stamp is important to ensure the people are being protected in every process.”

In the latter half of her term on the council, Gray allied with community activists to speak out against the Navy Hill project Stoney promoted; worked with other council members to oppose a 9-cent real estate tax Stoney proposed last year; and was a leading advocate for naming one of the city’s busiest streets in honor of local tennis legend and humanitarian Arthur Ashe.

Some of the goodwill she built up in the community, however, was lost shortly after she announced her bid for mayor.

As a reckoning over racial injustice and police brutality began at the end of May, following the death of George Floyd in the custody of Minneapolis police, Gray condemned the initially riotous protests taking place in her district, harming businesses already struggling amid the COVID-19 pandemic.

She said her public comments comparing the particularly violent and intimidating actions of some people during the protests to “terrorists” and the Ku Klux Klan were used against her, but that she still feels strongly about the behavior of some protesters and activists.

Some started to protest outside of her home in Jackson Ward, a historic African American community that has been subjected to gentrification in recent decades as Virginia Commonwealth University continues to grow. Gray said she thinks much of the anger directed against her comes from young, white students who have “hijacked” calls for racial justice for their own political agenda.

In an interview earlier this month, Gray did not specify what ends she thinks those protesters are trying to meet, but criticized them, saying they are not paying enough attention to other issues impacting racial injustice such as public education and unemployment.

She said the threats and intimidation she faced this year were similar to what she, as the biracial daughter of a political activist with the Richmond Crusade for Voters, and her family faced living in Richmond through the 1970s.

Nonetheless, she also won praise from other corners of the city for speaking out against the more destructive elements of the protests.

She also stood out after raising concerns that Stoney may have violated local and state laws and regulations when his administration arranged a $1.8 million, no-bid contract for the removal of the city’s Confederate monuments without explicit approval of the City Council. The council unanimously authorized the removals several weeks later in August, but Gray called on authorities to investigate the mayor.

A special prosecutor assigned by the city’s Circuit Court has yet to make a determination on the allegations.

The bruising election is now weaved into a storied political career. She doesn’t worry about whether it will be an unsightly bookend.

“I don’t care about reputation. I care about getting stuff done in a positive way,” she said. “I’ve always been about justice and equality.”

Gray is unsure of what’s in store for her future. But don’t expect her to fade away.

“Whatever opportunities come, whatever doors open, you have to be ready. My love for this city, my care and concern, it hasn’t gone away,” she said. “Even with the people who’ve been very ugly to me, I want to see things improve and progress. I’m willing to do what it takes to work toward a better community.”

Princess Blanding, the sister of Marcus-David Peters, who was fatally shot by Richmond police in May 2018, has officially announced a third-pa…

Kim Gray announced her mayoral run in March. She was a School Board member from 2009 through 2016, when she won a City Council seat.

At the outset of his 16th year in office, Chris Hilbert knew it would be his last on the City Council. Here he is in August 2019.