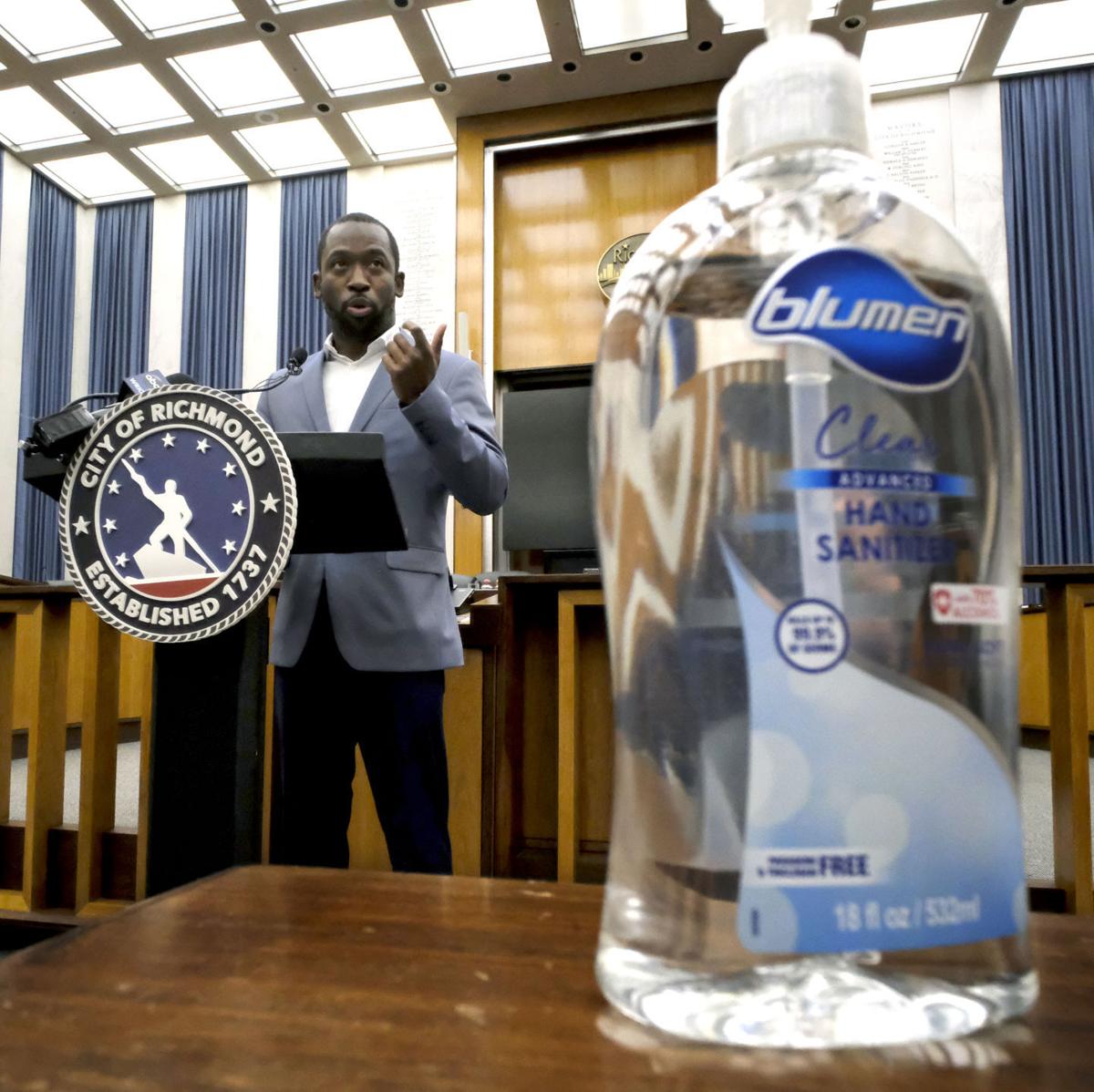 Hand sanitizer was nearby as Richmond Mayor Levar Stoney discussed COVID-19 at City Hall in August 2020. 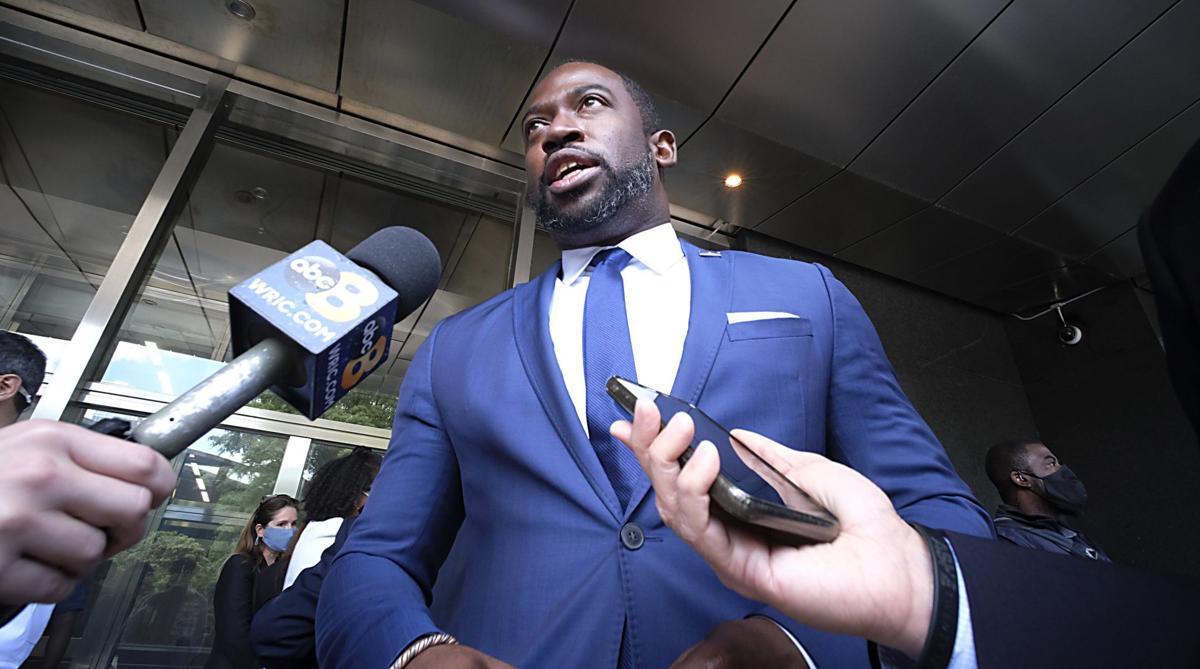 Mayor Levar Stoney, seen here in May, noted that the federal money can be spent through 2026. Richmond Public Schools is expecting $123 million through the same aid package.

Richmond Mayor Levar Stoney says his administration is planning to prioritize using the money to offset the COVID-19 pandemic’s impact on the economy and to boost compensation for essential workers and spending on public infrastructure, but asked for the public’s help in dictating what should come first.

“There are inequities that I think have been illuminated by this pandemic, whether economically or socially,” he said at a news conference Tuesday. “These dollars will give us the ability to recover the right way, centered on equity.”

A public survey, which the city launched Tuesday, will remain open until Aug. 9 at 11:59 p.m. The mayor said the administration will then form a special budget that must be approved by the City Council.

Stoney said he expects the entire process to last a few months, possibly through the end of the 2021.

The city administration’s public engagement push comes four months after President Joe Biden signed the latest federal pandemic aid bill. City officials say the measure will deliver a total of $154 million to Richmond, with the second half coming next year.

Earlier this year, the council considered a resolution to earmark some of the funding for several items, including $900,000 for the James River Park System’s infrastructure; $1.5 million for eviction prevention and homeless services; and $15 million for the Southside Community Center.

City Council members, however, were unable to come to an agreement on the plan, which council President Cynthia Newbille said was based on discussions the panel had before adopting the city’s 2021-22 budget in the spring.

Stoney noted that the money can be spent through 2026, and that it is in addition to $123 million that Richmond Public Schools is expecting through the same federal aid package.

Hand sanitizer was nearby as Richmond Mayor Levar Stoney discussed COVID-19 at City Hall in August 2020.

Mayor Levar Stoney, seen here in May, noted that the federal money can be spent through 2026. Richmond Public Schools is expecting $123 million through the same aid package.