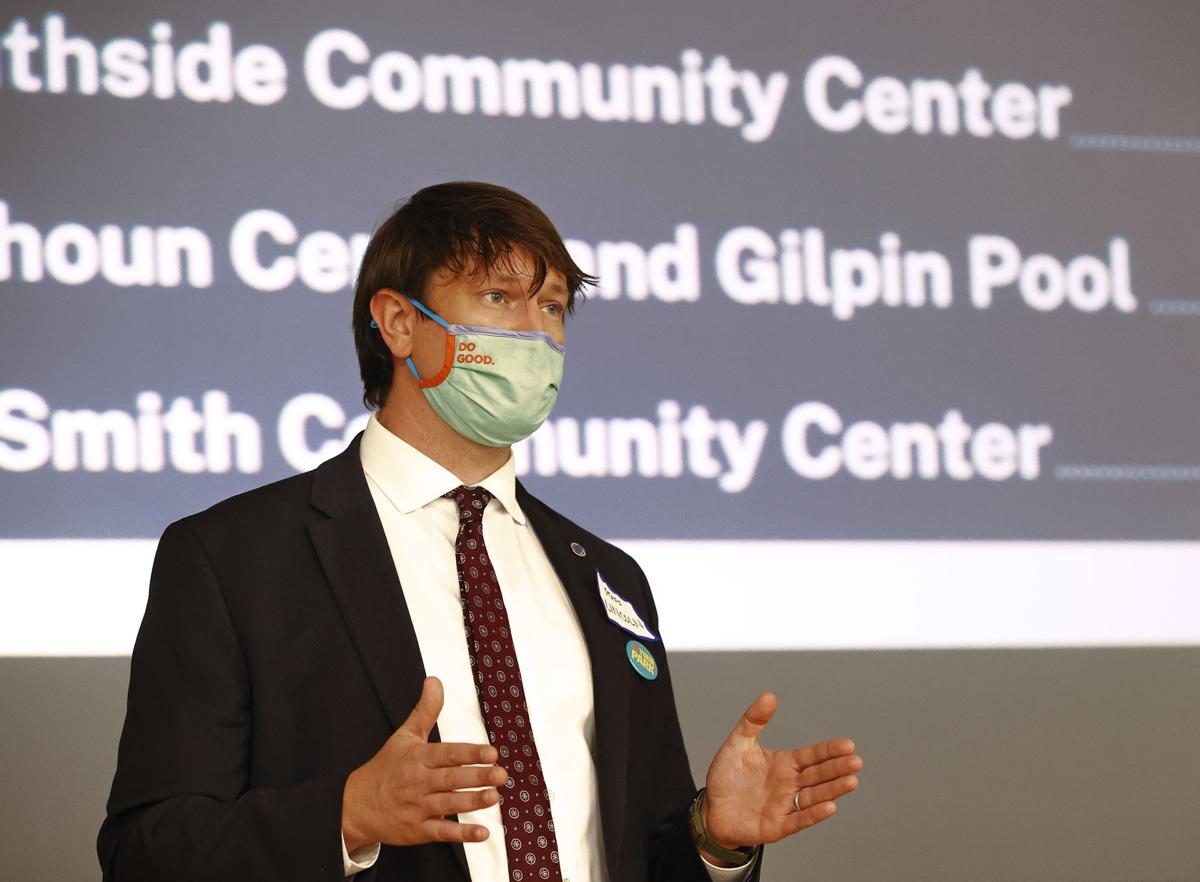 Lincoln Saunders, Richmond’s acting chief administrative officer, during a public meeting at the Southside Community Center Tuesday, September 28, 2021. It was the first of three public meetings to gather public information on Mayor Stoney’s $155M special budget for the money the city’s getting from the federal American Rescue Plan Act. 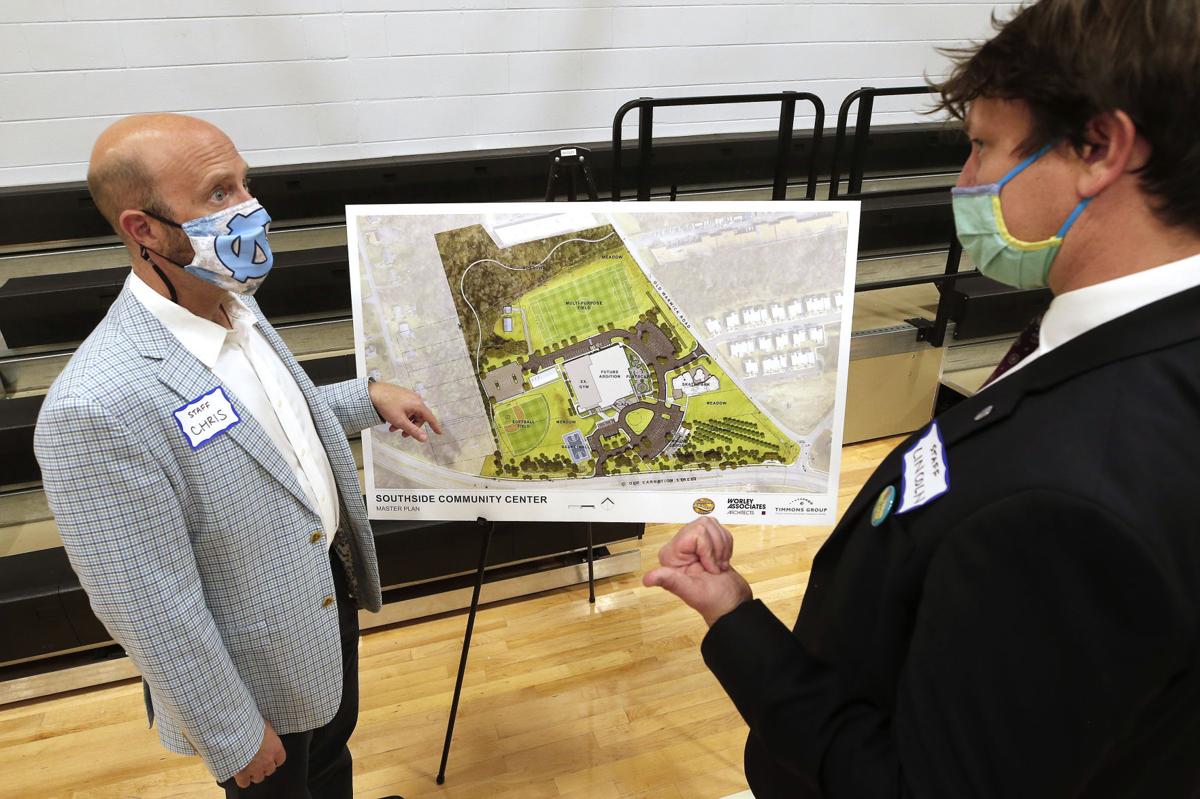 In a straw poll Monday, the Richmond City Council voted 7-2 against cutting the $40 million proposed by City Hall for building community centers at T.B. Smith Park in South Side’s 8th District and Lucks Field in the East End’s 7th District.

The decision comes three weeks after Stoney publicly introduced the outline of a special two-year budget that includes $78 million for new and improved community centers, parks and trails; $3,000 bonuses for first responders; $20 million for the city’s Affordable Housing Trust Fund; $6.8 million for the redevelopment of the Creighton Court public housing community; and $5 million for a new health equity fund.

The budget is based on the aid that federal officials allotted to the city through the American Rescue Plan Act. Congress passed the stimulus package earlier this year at the urging of mayors and county administrators still reeling from the social and economic impact of the pandemic.

Stoney, administration officials and several council members have highlighted the funding for the community centers, as well as the plans to finish the Southside Community Center and reopen the indoor pool at the Calhoun Center in Gilpin Court, as the cornerstone of what they say is an equity-focused recovery budget.

“This money is for the purpose of addressing [the needs] of the citizens who have been most greatly impacted by COVID,” said Councilwoman Ellen Robertson, the 6th District representative, noting how Black and Hispanic people have accounted for most of the cases and deaths from the virus in the city.

The Virginia Department of Health reports that Black and Hispanic people have made up about 65% of the city’s 20,000 confirmed and probable coronavirus cases where race and ethnicity was reported. (It was not reported for about 2,800 additional cases.)

Unlike how the City Council normally reviews and amends the mayor’s proposed annual budget each year, the city administration does not plan to make any changes to the budget once it’s formally introduced, said Lincoln Saunders, the city’s acting chief administrative officer.

Saunders says that’s why the administration has been conducting a second survey about the use of the federal aid and has continued working with City Council members to determine whether there there’s enough demand for any changes.

Several council members have since proposed additional expenditures to provide rental assistance, emergency direct aid for families, broadband development, subsidies for public transit and homeless services. But it’s unclear how those items can be added if other items in the mayor’s plan are not cut.

Councilwoman Kristen Larson, the 4th District representative, has raised concerns with the mayor’s rollout of the budget and the council’s slow-paced deliberations. She said she’s worried that the city seems poised to spend millions on new facilities with only a few detailed plans as other community centers and buildings fall into disrepair.

“When we rush construction, we don’t always do our best,” said Larson, who voted with Councilwoman Ann-Frances Lambert, the 3rd District representative, to cut the funding.

Councilman Andreas Addison, the 1st District representative, also raised concerns about the proposed funding and planning around the centers, but said he did not wish to be seen as opposed to new recreational facilities.

Chris Frelke, the city’s director of parks and recreation, vigorously made a case for keeping the funding for new facilities in majority-Black neighborhoods that have been underserved.

“I passionately believe in this,” he said. “I know what we can do as a department. We have not had the resources or the ability to do all the things that we need. That is can be a big step forward if we can get this funding.”

Council and administration officials agreed to continue working on the plan, but are seeking to hurry the process so that official budget paperwork can be introduced next Monday for a final adoption vote to occur on Oct. 25.

Lincoln Saunders, Richmond’s acting chief administrative officer, during a public meeting at the Southside Community Center Tuesday, September 28, 2021. It was the first of three public meetings to gather public information on Mayor Stoney’s $155M special budget for the money the city’s getting from the federal American Rescue Plan Act.