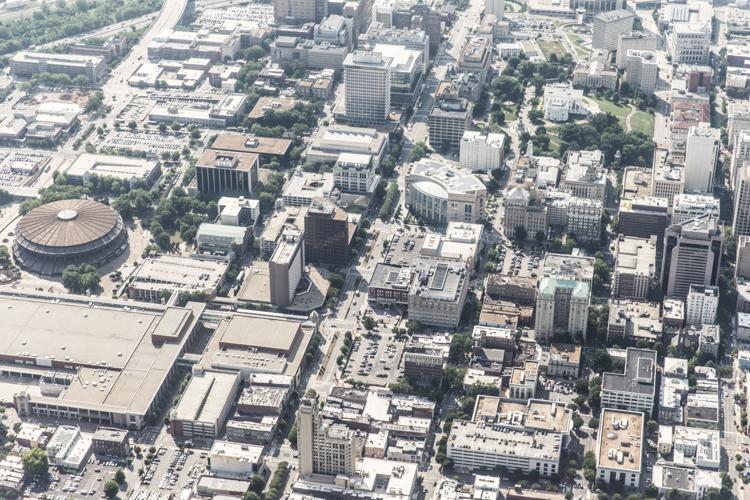 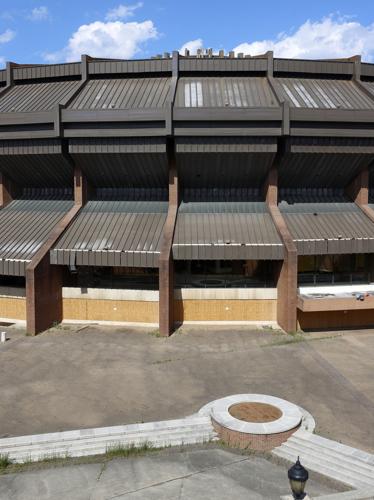 The Richmond Coliseum property will be transferred to the city’s Economic Development Authority.

Even with a potentially massive redevelopment in queue on Arthur Ashe Boulevard, Richmond city officials are already streamlining the city’s next big economic development project.

While the sale of nearly 70 acres of city-owned property at The Diamond baseball stadium is still pending the selection of a development team and plan for the site, the City Council on Monday approved the transfer of the Richmond Coliseum property to the city’s Economic Development Authority.

The council voted 8-0 to approve the transfer as part of a bloc vote for a series of bills. Councilwoman Kristen Nye was absent.

Leonard Sledge, the city’s director of economic development, said in a news conference earlier Monday that administration officials chose to recommend the transfer of the Coliseum property after re-evaluating the legislative review process for economic development projects.

“I like to think that we have developed great trust and rapport with our council members, but also we have laid out a process that we have continued to build upon, improve and refine,” Sledge said.

Richmond Mayor Levar Stoney added: “It is a process we’ve improved upon since the rejection of Navy Hill.”

Neither official directly answered whether the administration is seeking council approval now for the transfer to circumvent potential scrutiny more detailed development plans could draw.

The mayor’s reference to the $1.5 billion Navy Hill project, though, calls back to how the council overwhelmingly rejected the massive redevelopment project against the backdrop of public outcry against the financing plans for the project.

The construction of a new 17,500-seat arena was a central element of the project. City officials have since given up on that idea, as Henrico County officials are working with developers on a similar $2.3 billion project anchored by an arena.

If the Navy Hill project had been approved, a tax zone spanning 80 downtown blocks would have diverted $600 million in tax revenue from the city’s general fund to pay back the cost of replacing the Coliseum.

As the city is now evaluating potential partners for the redevelopment of the area around The Diamond baseball stadium, there is a possibility that the council could scuttle that project too.

Unlike the Coliseum development plan, the mayor’s administration has said an evaluation panel of various city officials and business leaders will recommend a development proposal for the council’s consideration later this summer, before a formal vote on the sale of the city-owned baseball stadium and surrounding property.

While no council members have signaled opposition to the concept of replacing the baseball stadium and developing nearly 70 acres of city-owned land around it, a Virginia Commonwealth University official who is working with the city on the project recently noted that at least seven of the nine council members must approve it.

“The city really has to get it right,” VCU Chief Financial Officer Karol Kain Gray said in a university board of visitors meeting in March. She also spoke of the Navy Hill project in her remarks.

In an interview Monday, Councilman Andreas Addison said he is comfortable with transferring the Coliseum property to the EDA now as legislation the council approved later that evening included specific goals and objectives for minority business participation and affordable housing development.

Previously, developers would “bring what they think is best” to match the city’s wishes for development, Addison said. “This is now switching that and telling them what our goals are.”

“That’s why we don’t need to fear sending it to the EDA, because we’ve already told them what we want,” added Councilman Michael Jones. “They’re going to do the hard work of delivering what we desire.”

Lincoln Saunders, the city’s chief administration officer, said the EDA could sell the property to a developer without the council’s approval following the property transfer vote Monday. However, he said the council would need to authorize any kind of development deal that involves public financing.

In other business Monday, the City Council finalized its approval of new district maps following the 2020 U.S. Census.

Following a months-long process that started later than anticipated due to delays related to the COVID-19 pandemic, the council adopted the maps with little fanfare or remarks from officials or the public.

Redistricting is legally required every 10 years after the latest census data is released to ensure localities’ districts are evenly sized by population so that each resident’s vote carries a similar weight.

The new maps will formally take effect on June 22.

A large-scale ecodistrict designed to be a sustainable commercial, entertainment and residential community that reduces the surrounding ecolog…

The Richmond Coliseum property will be transferred to the city’s Economic Development Authority.